If you’re wondering what the most famous landmarks in the UK are, you’ve come to the right place. The United Kingdom sits just northwest of Europe’s mainland. It’s a highly scenic sovereign country that’s made up of England, Wales, Scotland, and Northern Ireland.

Stretched throughout, you’ll find some incredible landmarks, from historical treasures to modern marvels and natural points of interest. Whether you’re traveling to London or rural Scotland, you’ll find something on this list.

Of course, there are too many to name, but this list includes the best of the best. Let’s get into the most spectacular and famous landmarks in the UK. 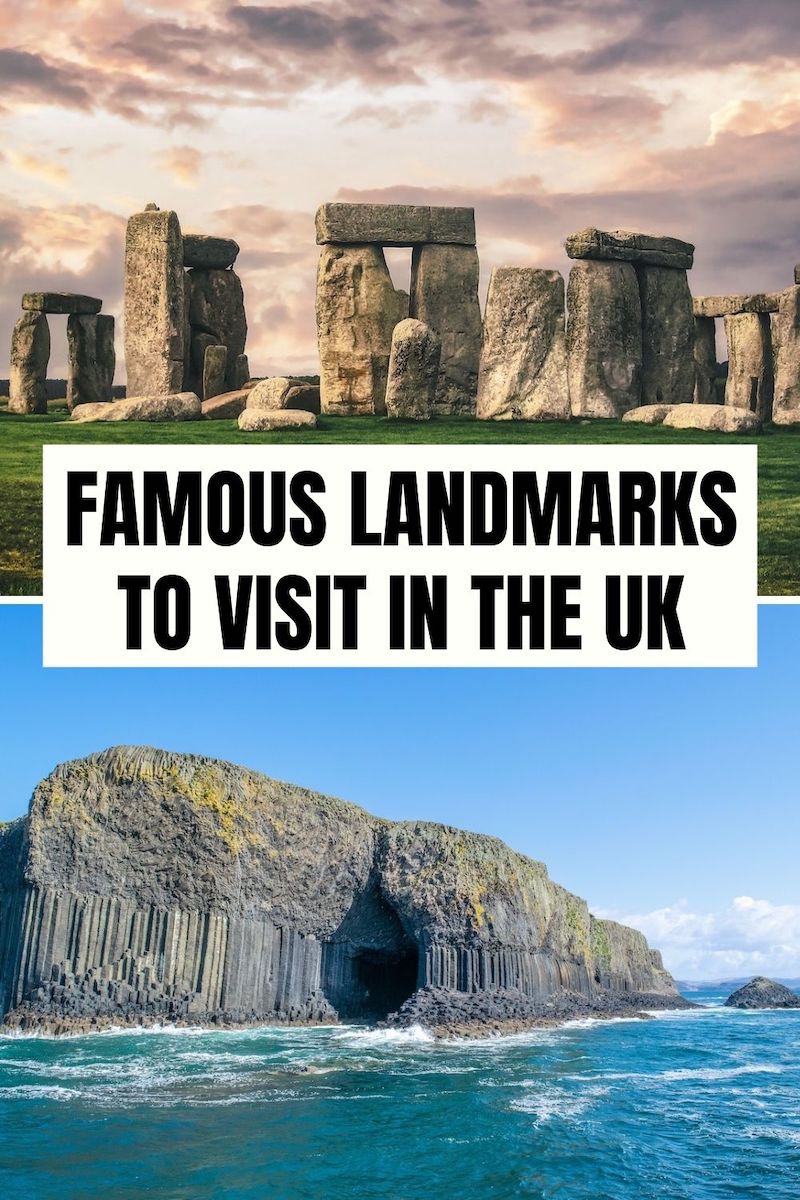 Buckingham Palace is the official London headquarters of the British royal family. Located in the City of Westminster, it was built in 1703. It was originally called Buckingham House and later The Queen’s House.

It wasn’t until 1873, when Queen Victoria moved in, that Buckingham Palace began being used as a principal royal residence. She was the first monarch to live there.

Today, Queen Elizabeth resides in the palace most of the year. If you want to know if she’s there during your visit, look at the flag-pole on top of the palace. A royal flag is flown when the Queen is in, which is known as the Royal Standard. 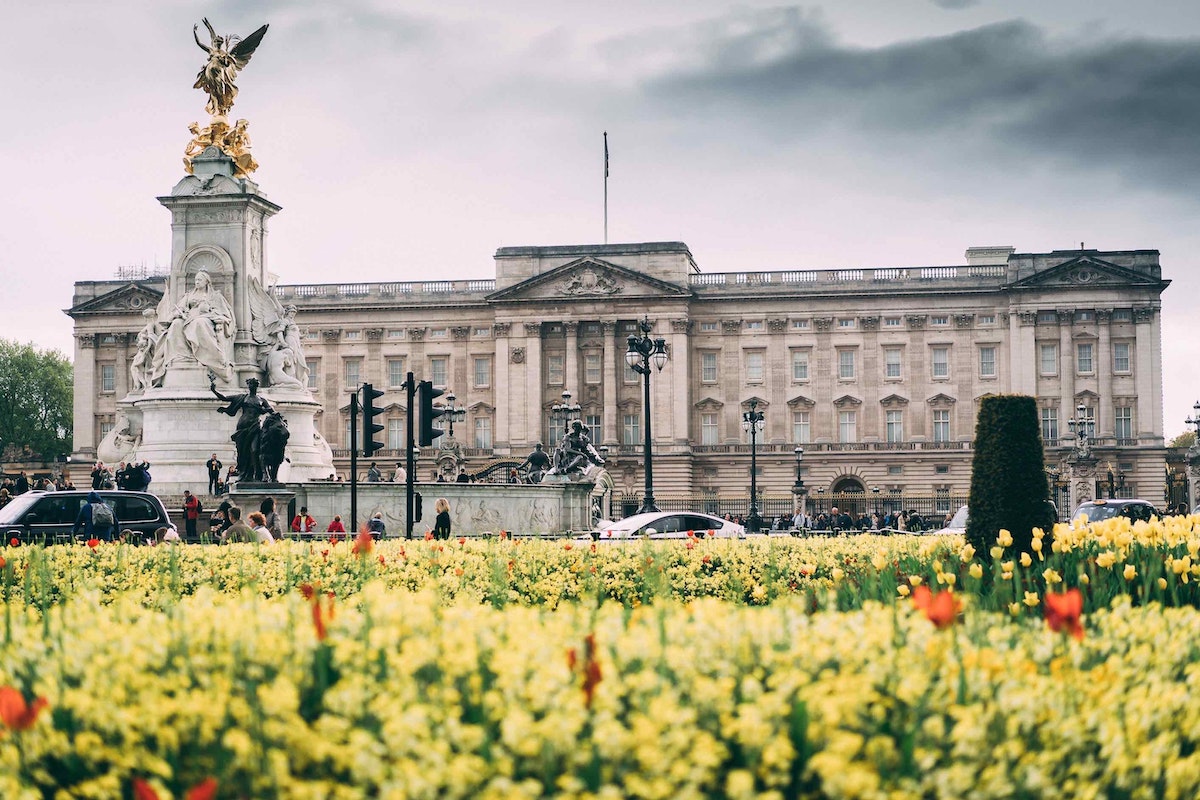 Big Ben is one of the most recognizable English landmarks. But, did you know that Big Ben isn’t this landmark’s official name? It’s just a nickname. The real name for the striking clock is the Great Bell. The tower it’s housed inside is called Elizabeth Tower.

The tower was completed in 1859 and designed in a Gothic Revival style. This famous English landmark is a bit of a superstar. It’s been featured in many well-known films, including Peter Pan, A Christmas Carol, and Mary Poppins Returns. 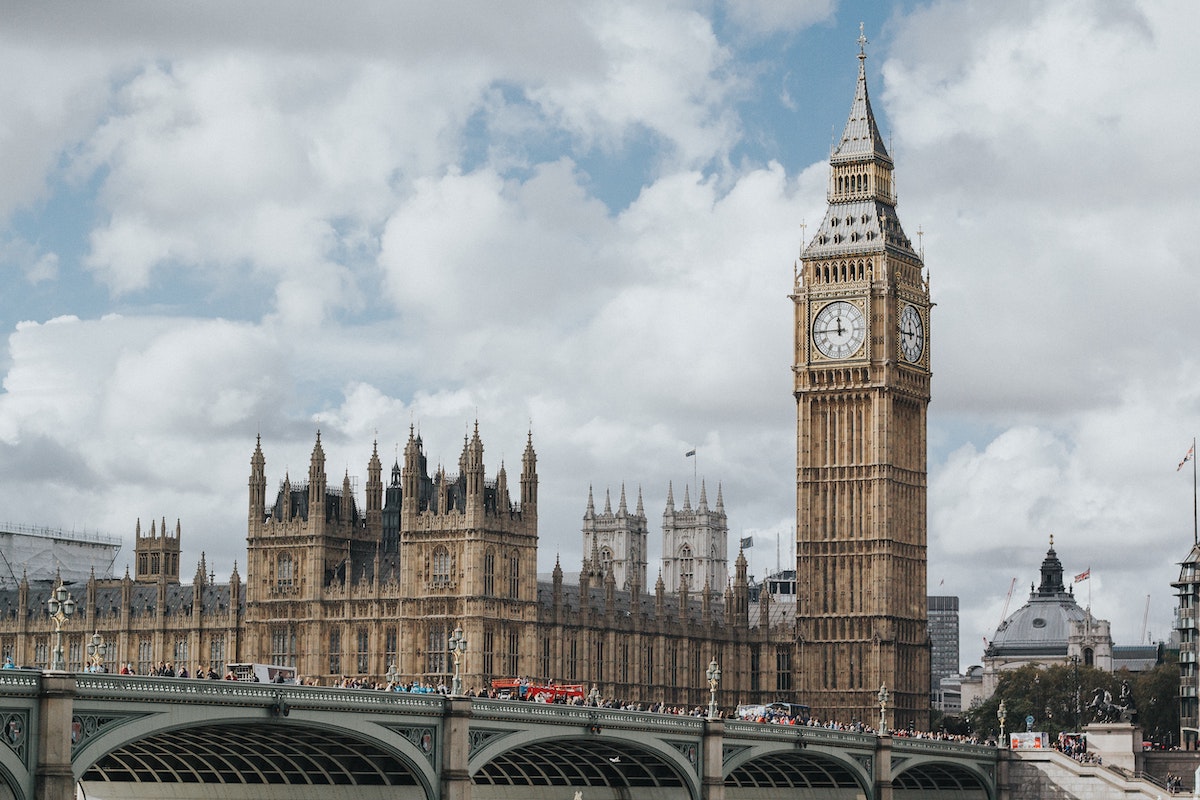 Westminster Abbey is a massive Gothic-style abbey that holds great historical significance. It has hosted every English coronation since 1066. It’s also seen its fair share of royal weddings, including that of Prince William and Catherine Middleton in 2011.

Many British monarchs are buried here, including King Henry V. Other prominent people laid to rest at the abbey include Isaac Newton and Charles Dickens.

Westminster Abbey is open to visitors every day of the week. A multimedia guide is included with your entrance fee so you can explore the abbey at your leisure. 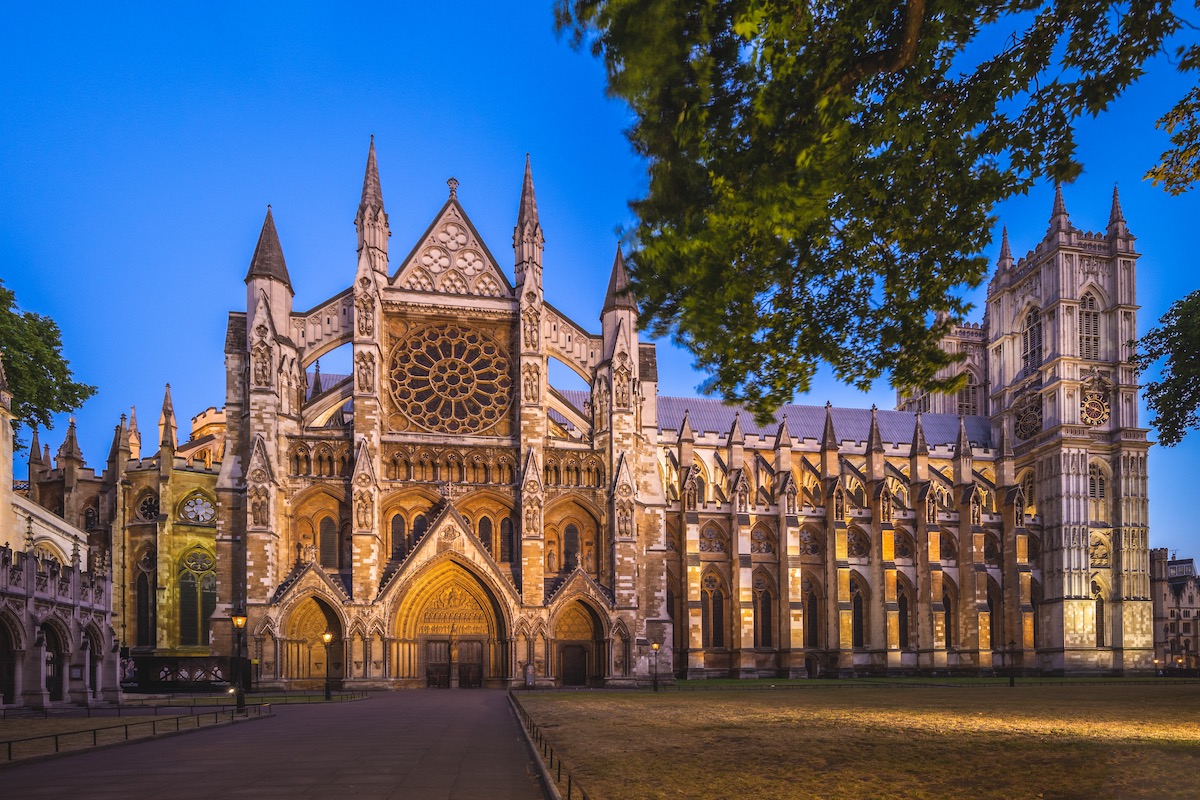 The London Eye is one of the most famous British landmarks. It’s currently the UK’s most popular paid tourist attraction. It opened to the public in 2000 and is Europe’s tallest observation wheel.

Perched right next to the Thames River, it features 32 passenger capsules. However, they’re numbered from 1 to 33, excluding the number 13 due to superstition. The wheel has a slow rotation. The journey takes about 30 minutes to complete, so you’ll have plenty of time to soak in the sights.

When you reach the top you’ll be able to see the city laid out before your eyes from a birds-eye view. You’ll see many famous United Kingdom landmarks, like Big Ben, St Paul’s Cathedral, Buckingham Palace, and Westminster Abbey. 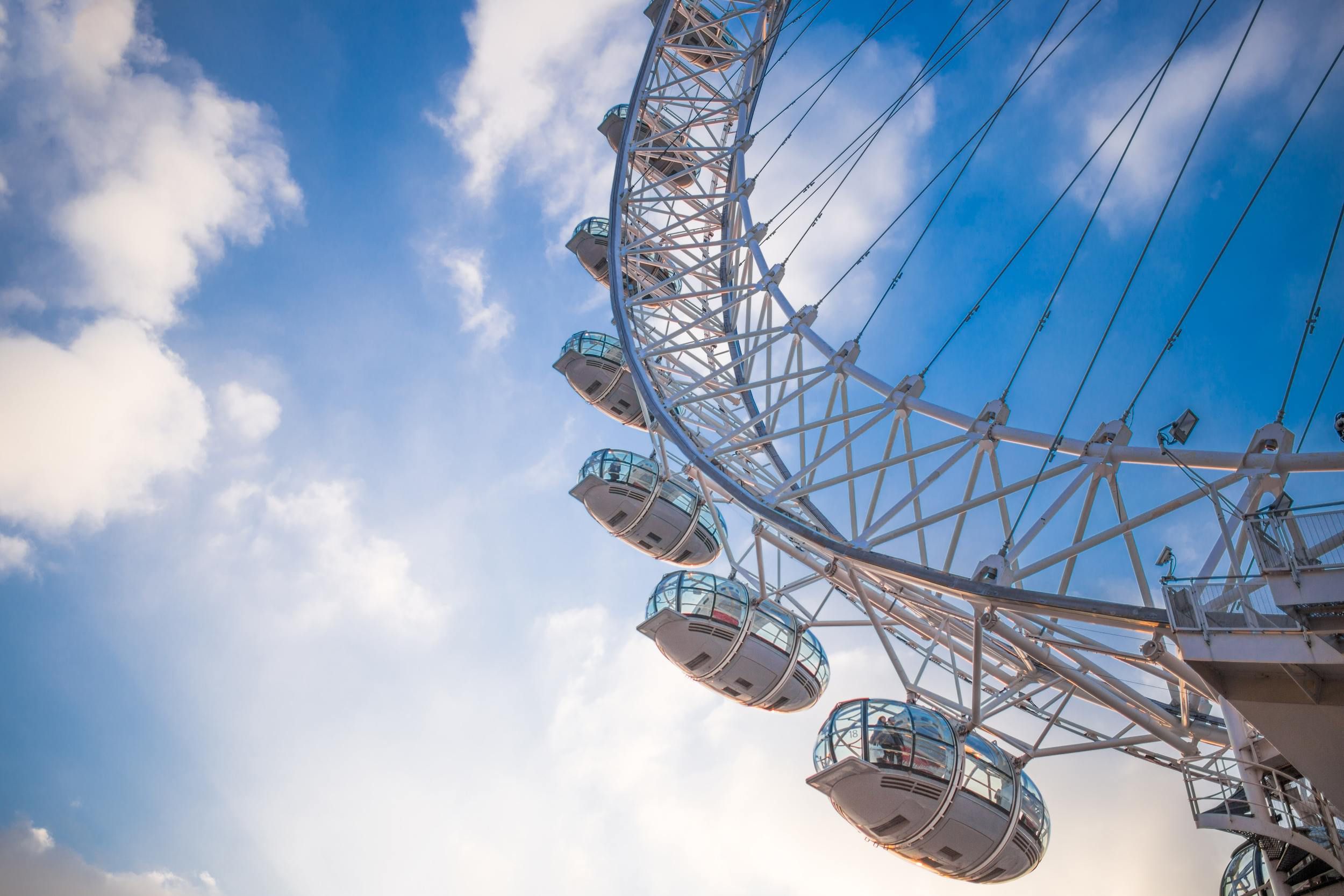 Stonehenge is a mysterious prehistoric monument in the English countryside. It consists of a ring of large vertical stones. Each measure about 13 feet high and seven feet wide. Some of these massive rocks were brought from almost 200 miles away.

The origins of this fascinating rock formation are unknown, as they were arranged by people who left no written records. Many speculate that they were placed here for religious ceremonies or as a burial site. You can visit the site for yourself and come up with your own theory. 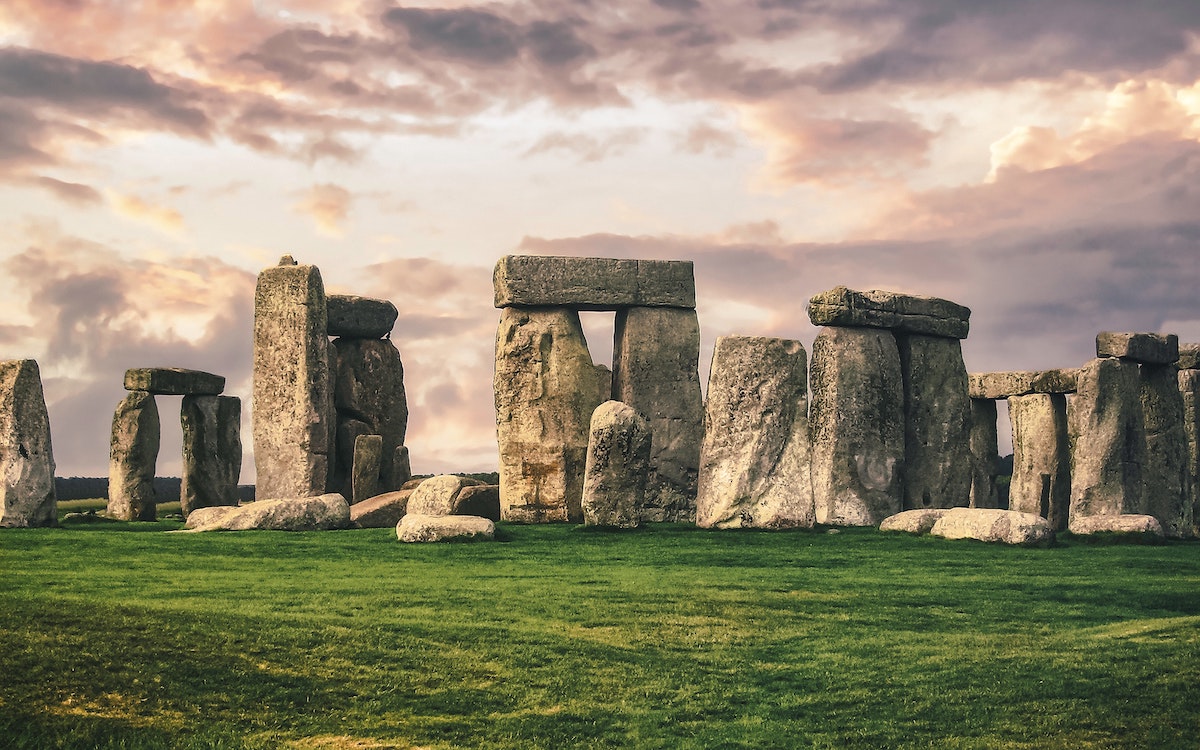 The ancient Roman Baths are one of the most historically famous landmarks in England. The construction of the baths (known as a thermae) began in the first century. The main purpose was bathing, socializing, and relaxing.

The Roman Baths consist of a complex with four main features: the Roman Bath House, the Sacred Spring, the Roman Temple, and a museum with important artifacts from Britain’s Roman period.

This is a place where history comes alive right before your eyes. The Roman architecture is surprisingly well maintained, making it easy to envision what life would have been like when it was operating in its prime. 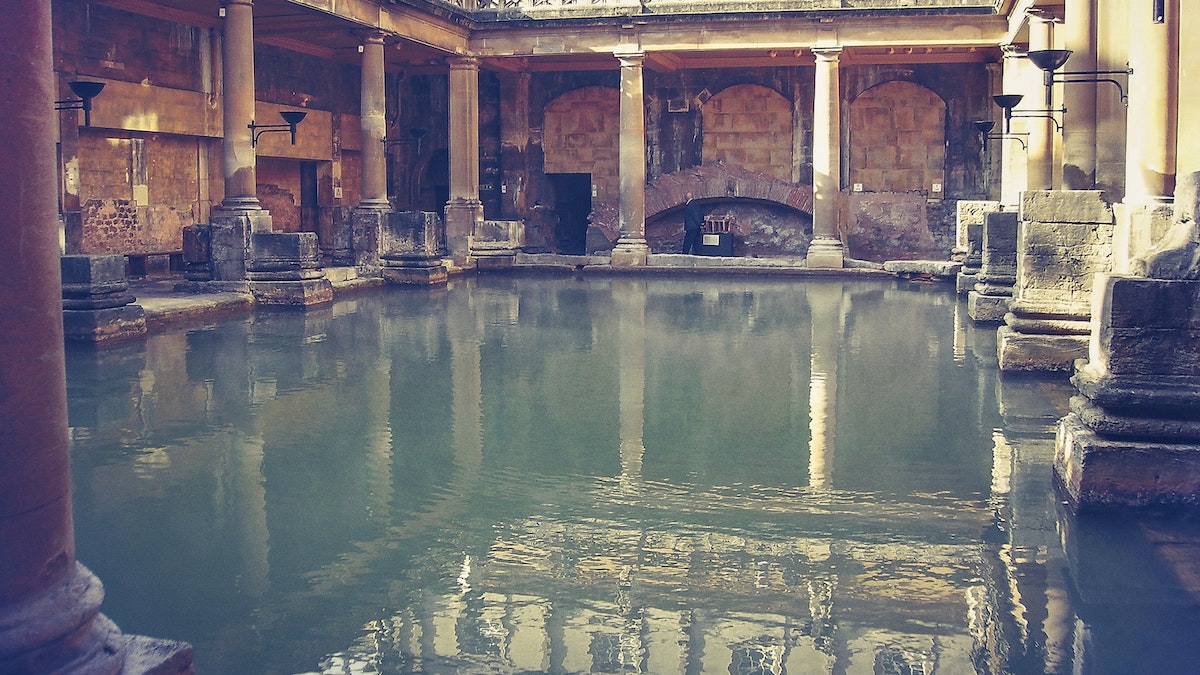 Windsor Castle holds the title of the world’s largest inhabited castle. While the Queen of England calls Buckingham Palace her official residence, it’s said that she spends many of her weekends at this royal residence.

Construction for the castle began around 1070, under the commission of William the Conqueror. It took 16 years to complete, but other additions and restorations have taken place throughout its long timeline.

The lower ward of the castle is notable for containing St. George’s Chapel, which is where Henry VIII and his third wife, Jane Seymour, are buried. 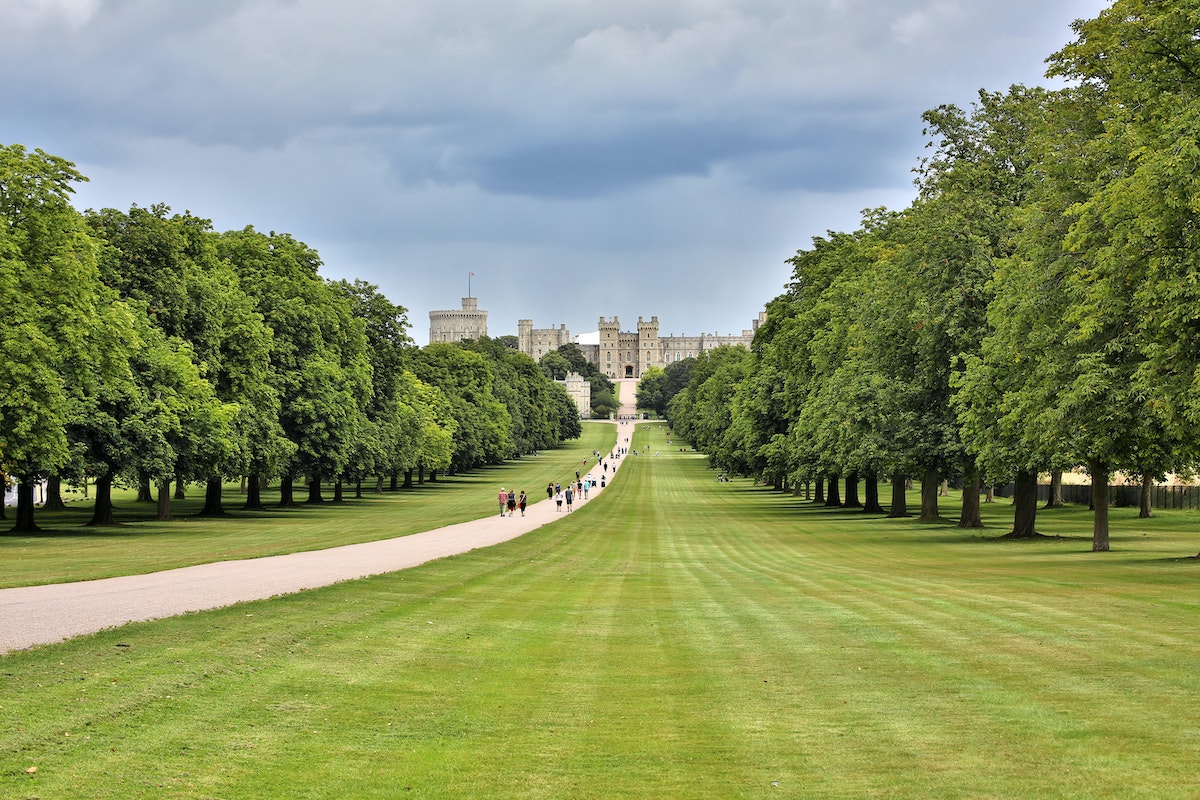 The White Cliffs of Dover are one of the most famous natural British landmarks. They’re located along the country’s southern coast and are often referred to as the Getaway to England. During various English wars, the cliffs were the last thing that soldiers would see as they left their home country and the first thing they’d see when returning.

There is a scenic walking route that travels along the top of the cliffs. It supplies picturesque panoramic views of the coastline and the English countryside. 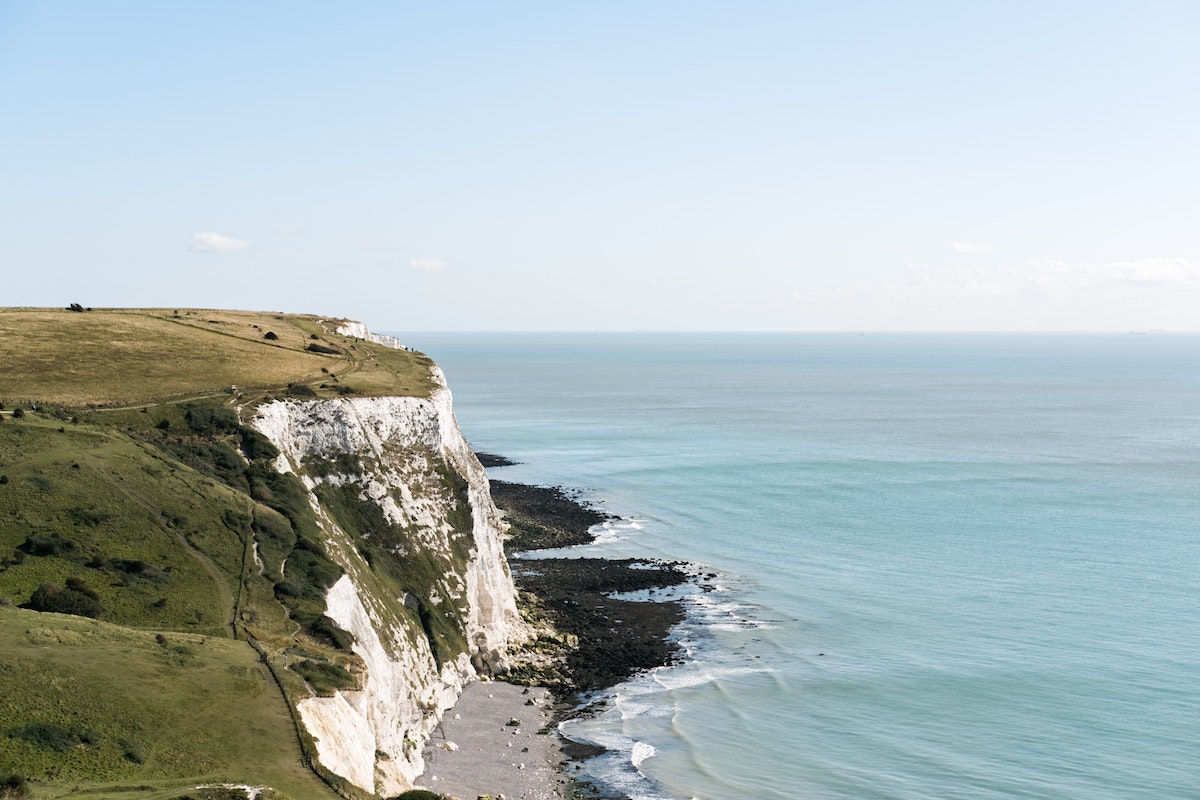 The Brighton Palace Pier is located along the beautiful pebbled south coast of England. It was established in 1899 and features a full range of family-friendly activities. From fairground rides and attractions to an arcade and a handful of delicious eateries serving local food, there is lots to do.

Grab a fish n chips or an ice cream cone and admire the stunning views that surround you. The pier is free to enter, and you’ll only need to pay for the rides and attractions you go on. 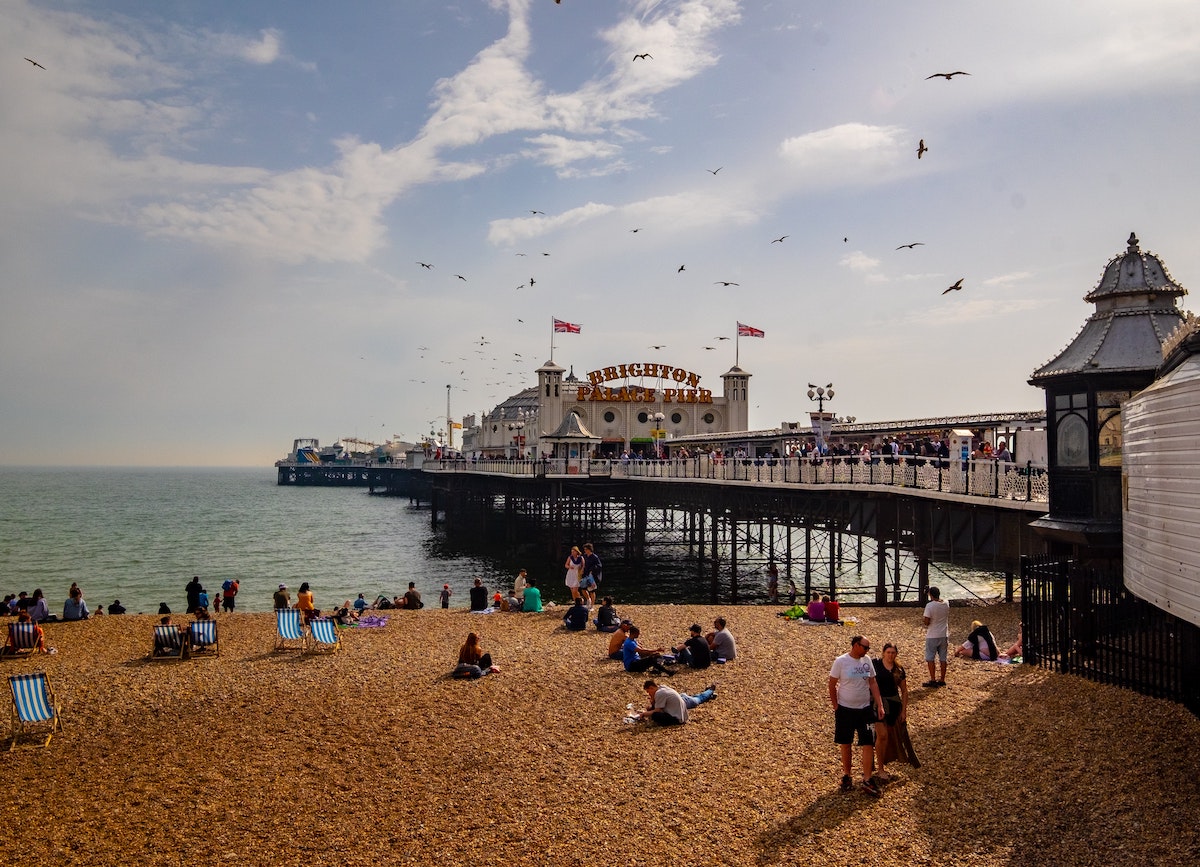 The Canterbury Cathedral is right up there with the most important Christian structures in England.

Construction for the cathedral started in 1070, and the last major alteration took place in 1834. Given its long building timeline, it features many different architectural styles, including Gothic, Romanesque, and English Gothic styles.

The massive church is beautiful inside and out. It features high ceilings, stunning stained glass windows, and intricate religious sculptures. There is an entrance fee to visit, but it’s very much worth it. You’ll be able to spend a few hours getting lost in nearly 1,000 years of history. 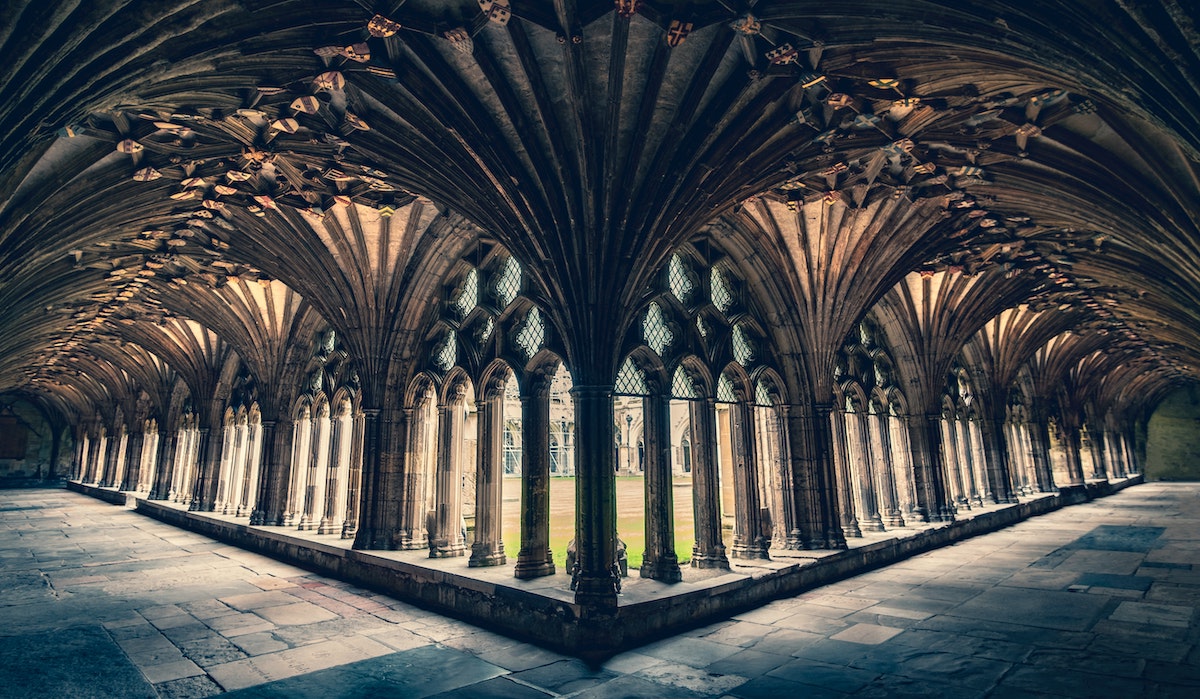 Edinburgh Castle is an 11th-century fortification found in the center of the busy Scottish capital. You may even be able to see it from your Edinburgh accommodation. Standing tall and proud on Castle Rock, it’s one of the great symbols of the city.

Throughout its long history, it’s been used as a royal residence, a prison, a military garrison, and a fortress.

St Margaret’s Chapel is found in the castle complex. This religious building holds the distinction of being the oldest surviving building in Edinburgh. It was built during the reign of David I of Scotland, who ruled from 1124–1153. 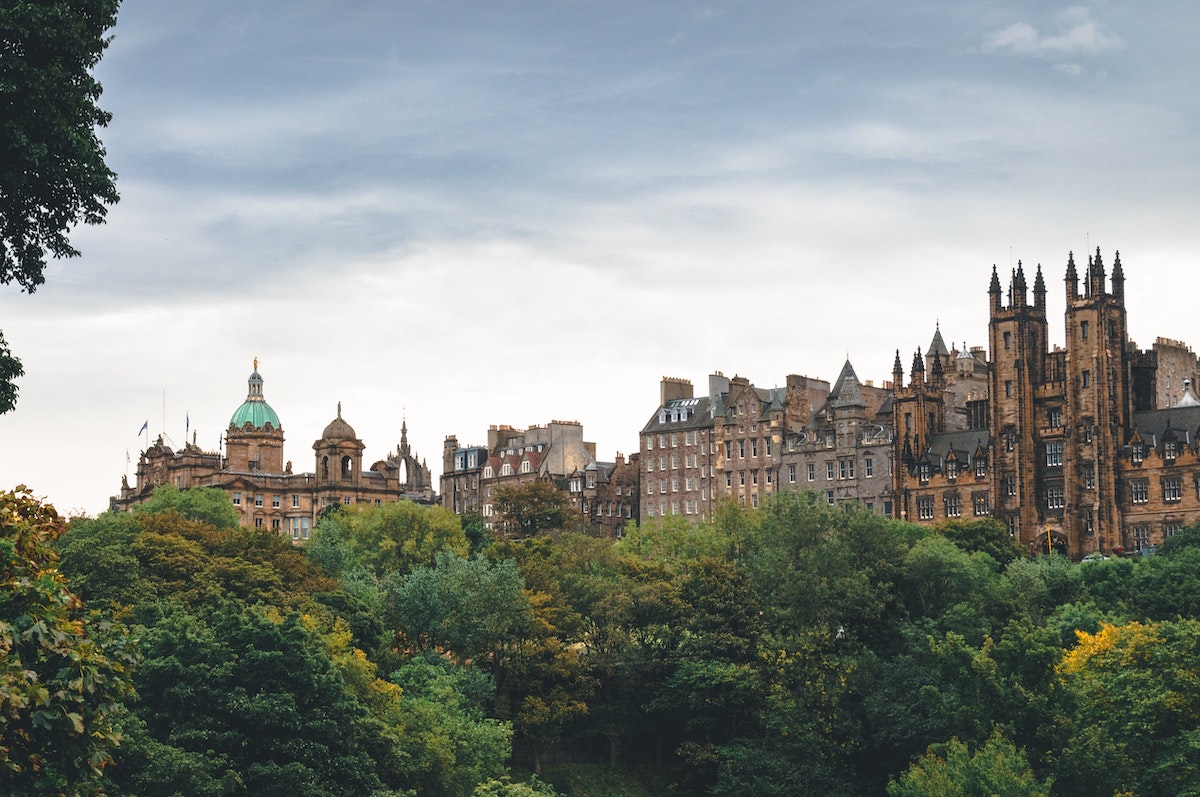 The Palace of Holyroodhouse is one of the best historical places to visit in the UK. It’s located at the end of the Royal Mile, on the opposite side of Edinburgh Castle. The lavish palace has functioned as Scotland’s main royal residence since the 16th century.

The castle is open to the public for tours. It contains many historical features and elements that provide a window into the past. Some notable areas include the chambers of Mary, Queen of Scots, the sumptuous State Apartments, and the Throne Room. 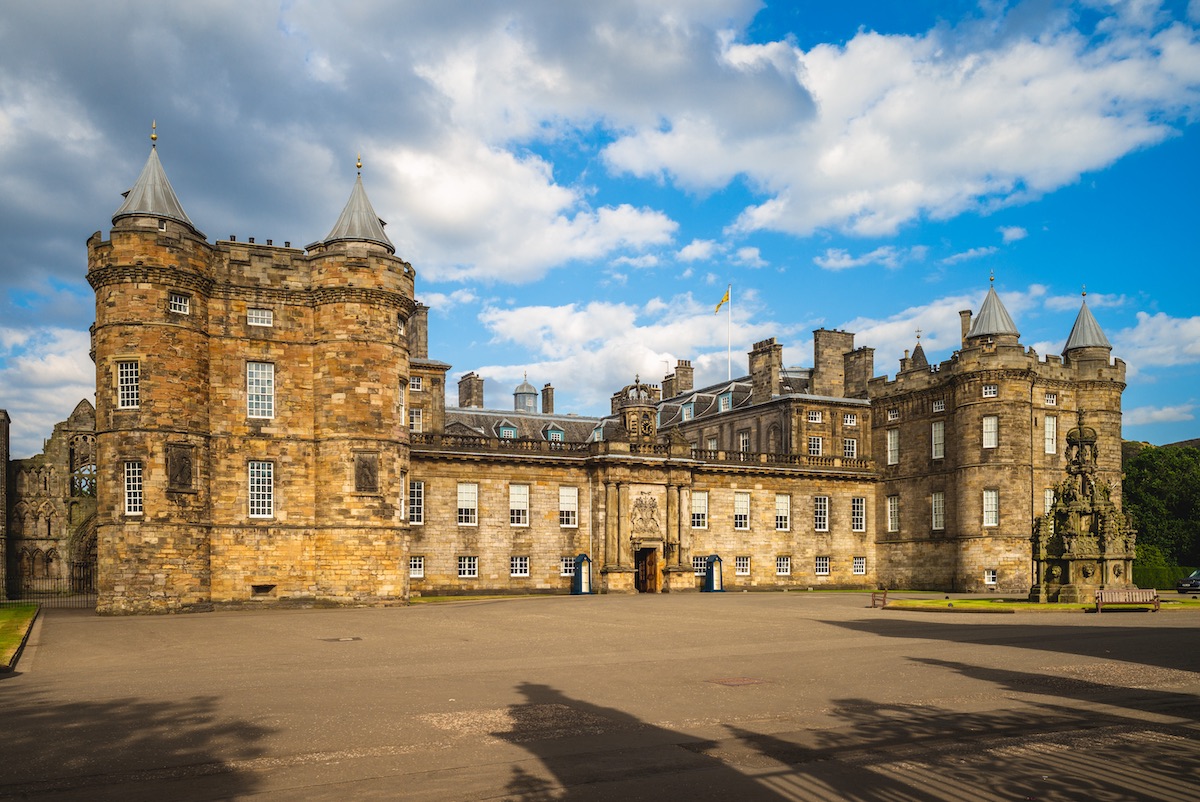 Fingal’s Cave is situated on an uninhabited island off of Scotland’s coast. It was first discovered by the English-speaking world in 1772 by naturalist Sir Joseph Banks.

The structure is made entirely of hexagonally jointed basalt columns. It’s a similar composition to Giant’s Causeway in Northern Ireland. The cave has a distinctive arched top that produces eerie and interesting sounding natural acoustics from the waves that lap up against the walls.

Fingal’s Cave is so unique and fascinating that it’s been visited by Prince Albert, Queen Victoria, and Dr. David Livingstone. 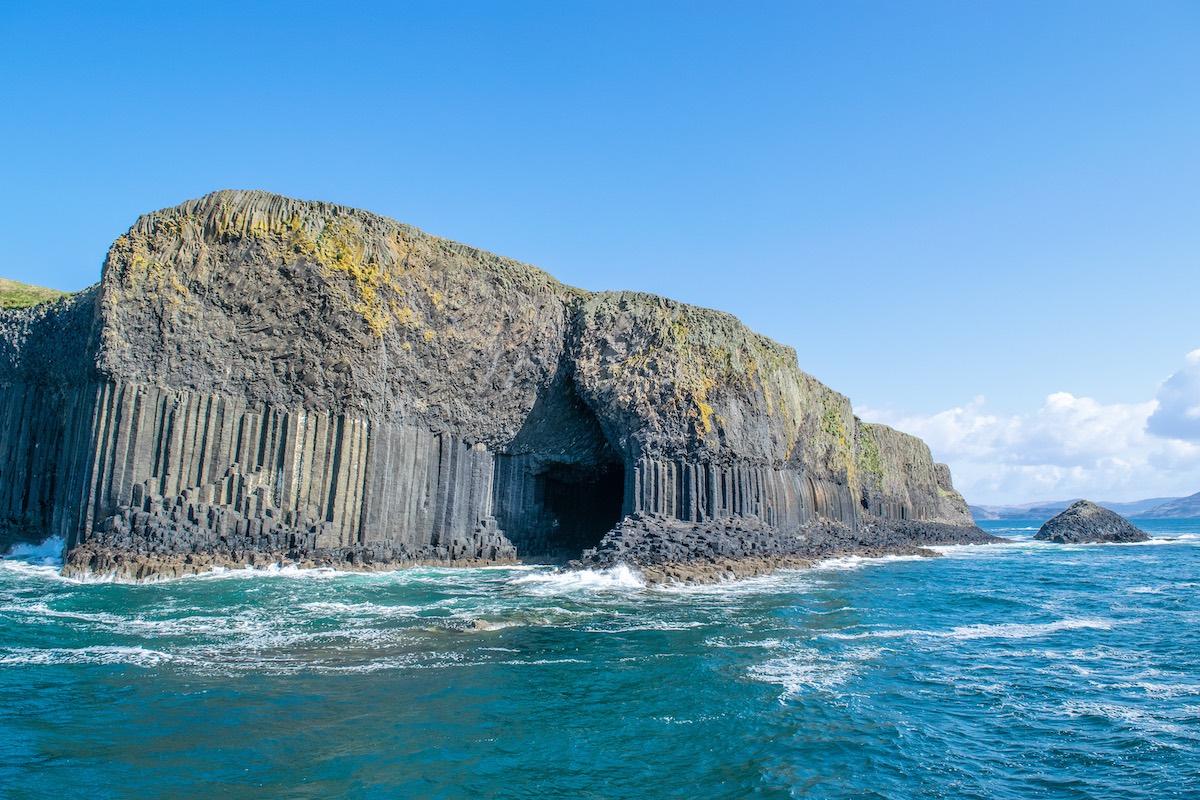 Ben Nevis is set in the stunning Scottish Highlands, near the town of Fort William. This towering peak is the highest mountain in the UK, soaring 4,411 feet (1,345 meters) up.

The landscape is captivating and dramatic. There are numerous walking paths around the towering mountain that weaves past scenic lochs and glacial valleys.

If you’re keen on an adventure, there is a beautiful hiking trail that will take you to the summit of Ben Nevis. The views from the top of the surrounding highlands are absolutely spectacular. 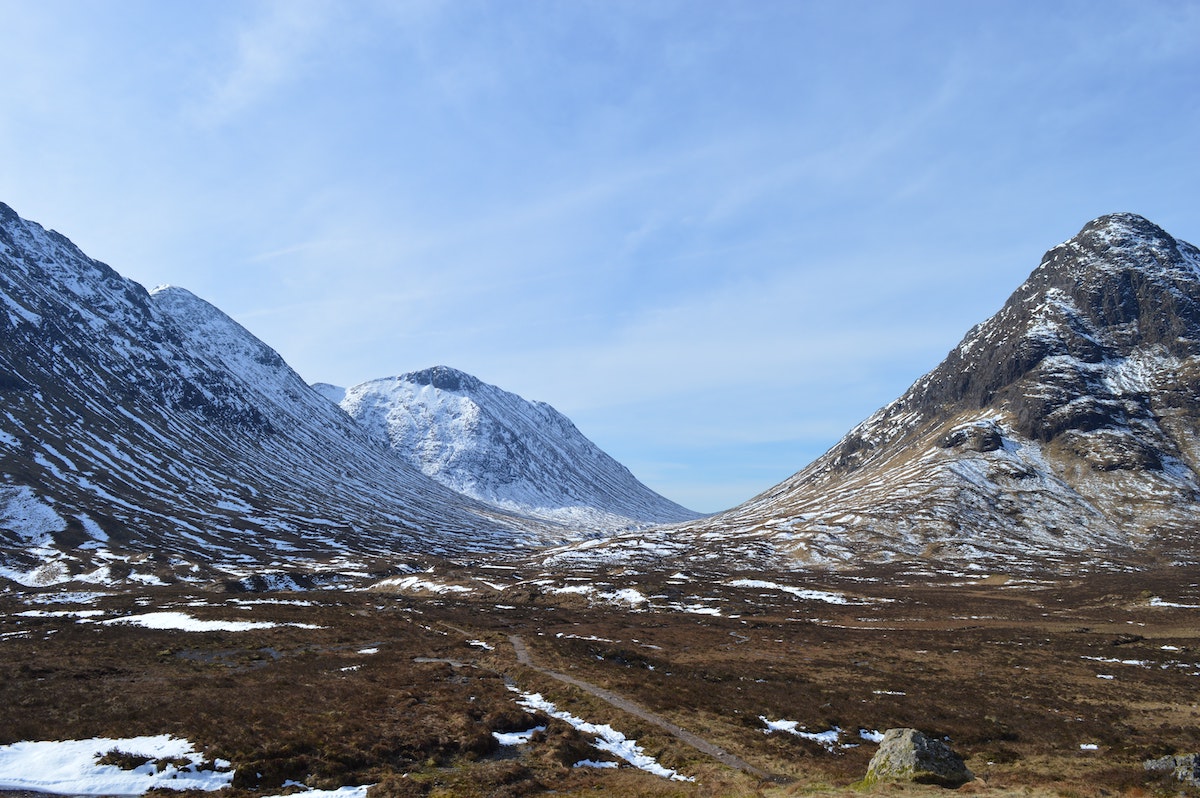 The Giant’s Causeway makes up a unique area of Northern Ireland’s landscape. It is found on the northern coast, and the space consists of roughly 40,000 interlocking basalt columns. With the rocky sea face on one side and strange natural hexagonal rocks on the other, it’s a true marvel of nature.

Of course, there is a scientific explanation of how the rocks were formed, but when you visit, you can learn about the legend of the causeway. Was it a volcanic activity that formed the rocks, or an Irish giant, you decide. 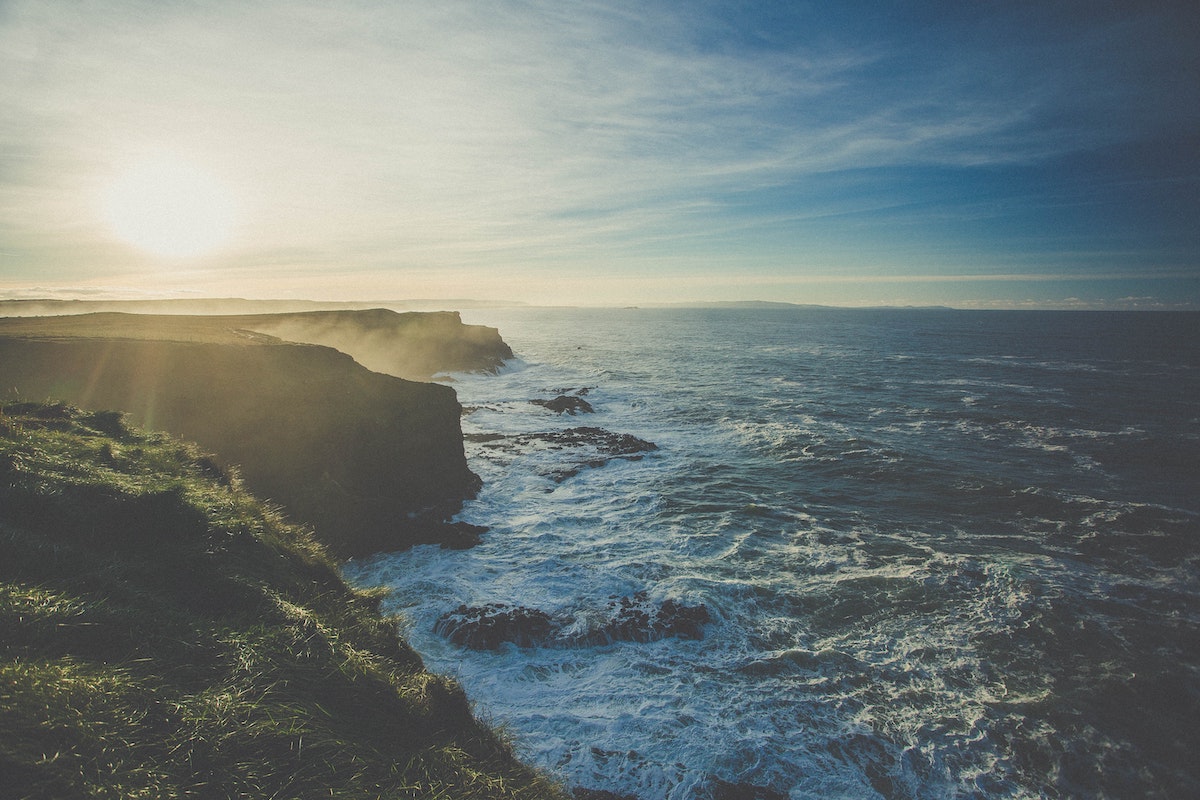 The Carrick-a-Rede Rope Bridge links the mainland of Northern Ireland with the small island of Carrick-a-Rede. It’s one of the most thrilling UK landmarks you can visit. It sits about 100 feet above the sea and the sharp rocks below.

The island is home to just one single building – a tiny fisherman’s cottage. Visitors can cross the bridge for a small fee. Or, if you’d rather admire it from a safe distance, there are some lovely scenic walks around the bridge as well. 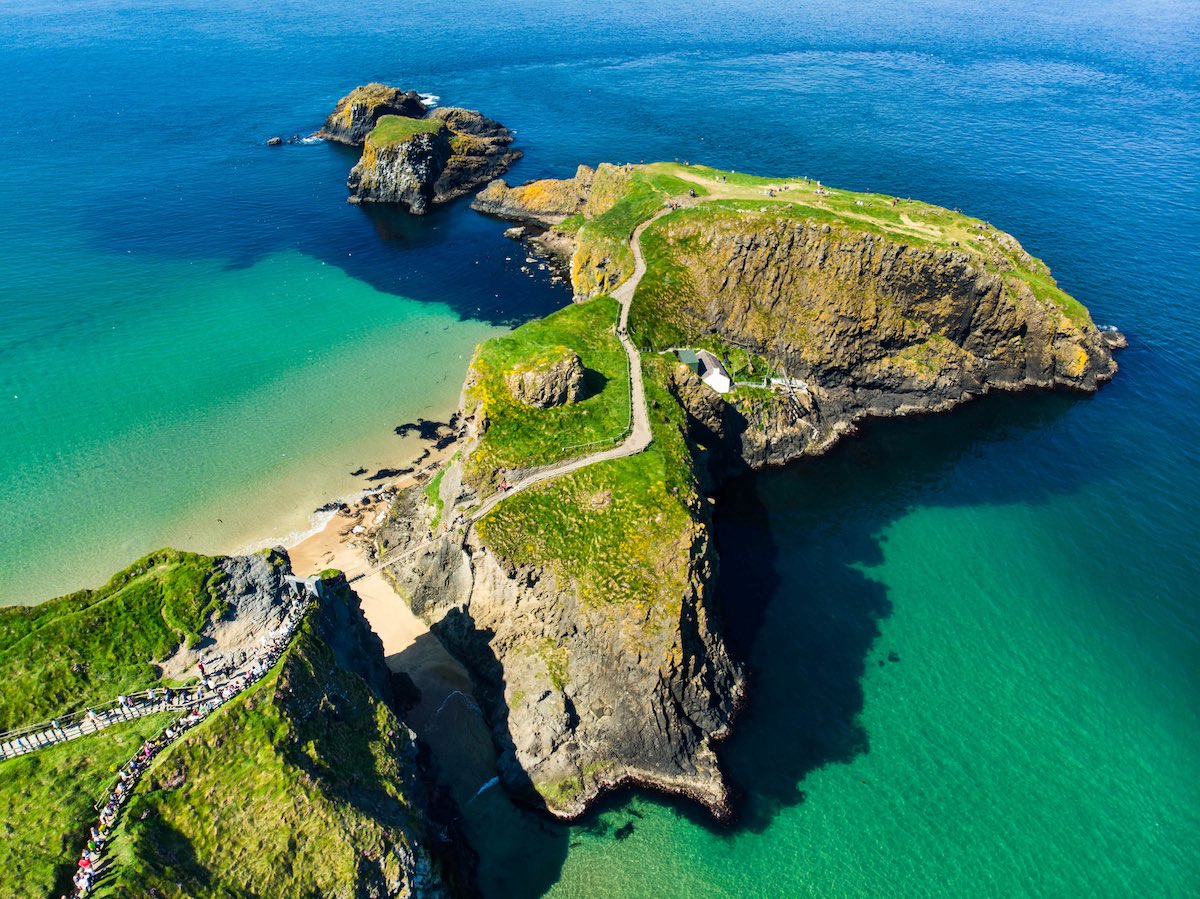 The medieval Cardiff Castle sits in the capital city of Wales. It’s another one of the top UK historical places that offer a glimpse into the past. Experts estimate that the first Roman fort at Cardiff was established around 50 AD. This means the history of the castle can be traced back nearly 2,000 years!

The current structure was built at the end of the 11th century, which replaced the Roman fort. You can still see some of the stone remains from the ancient Roman walls of the original building.

One of the most popular attractions at the castle is the tunnels. During WWII, they served as air-raid shelters from German bombs. When the city’s sirens sounded, signaling danger, the people who lived in the area would rush to the tunnels for safety. 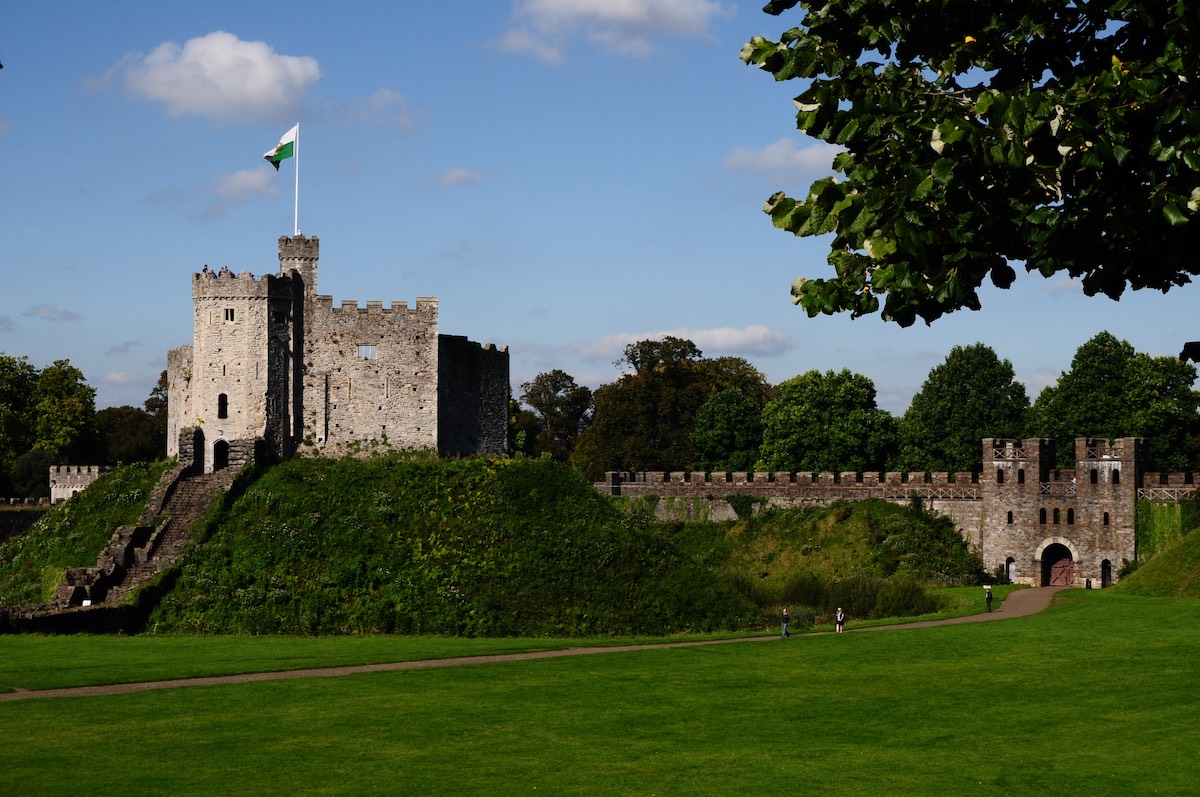 Snowdonia National Park is a magnificent mountainous region that contains the loftiest mountain in Wales. It’s a popular peak for hiking. As you travel up, you’ll see the lush landscape dotted with waterfalls, lakes, rivers, and sheep. It’s simply breathtaking.

There are several different trails that lead to the summit. There is also a seasonal mountain train that’s been operating since 1896. The National Park is free to visit and open all year. 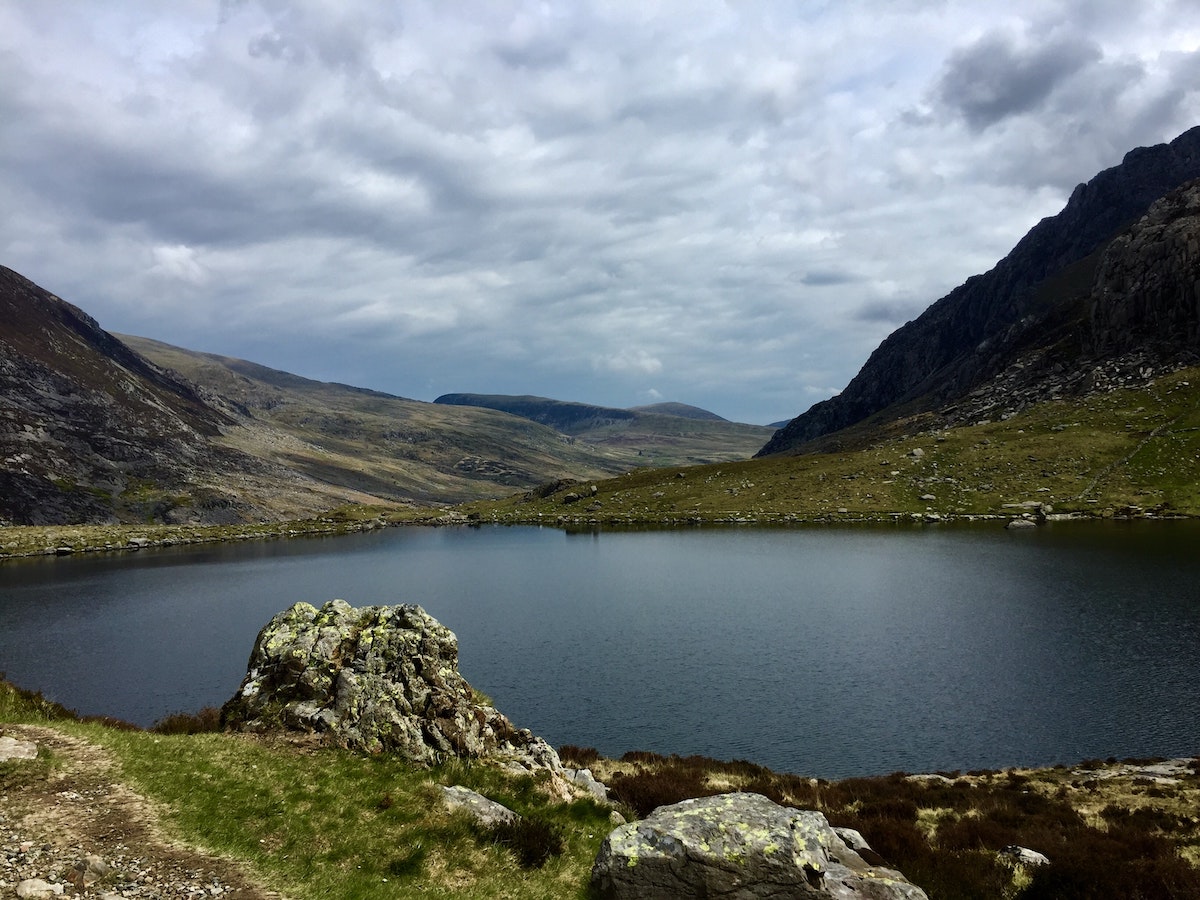 Planning a Trip to the UK?

If you’re looking for more travel inspiration while you’re discovering these famous UK buildings, here are some other posts to check out: 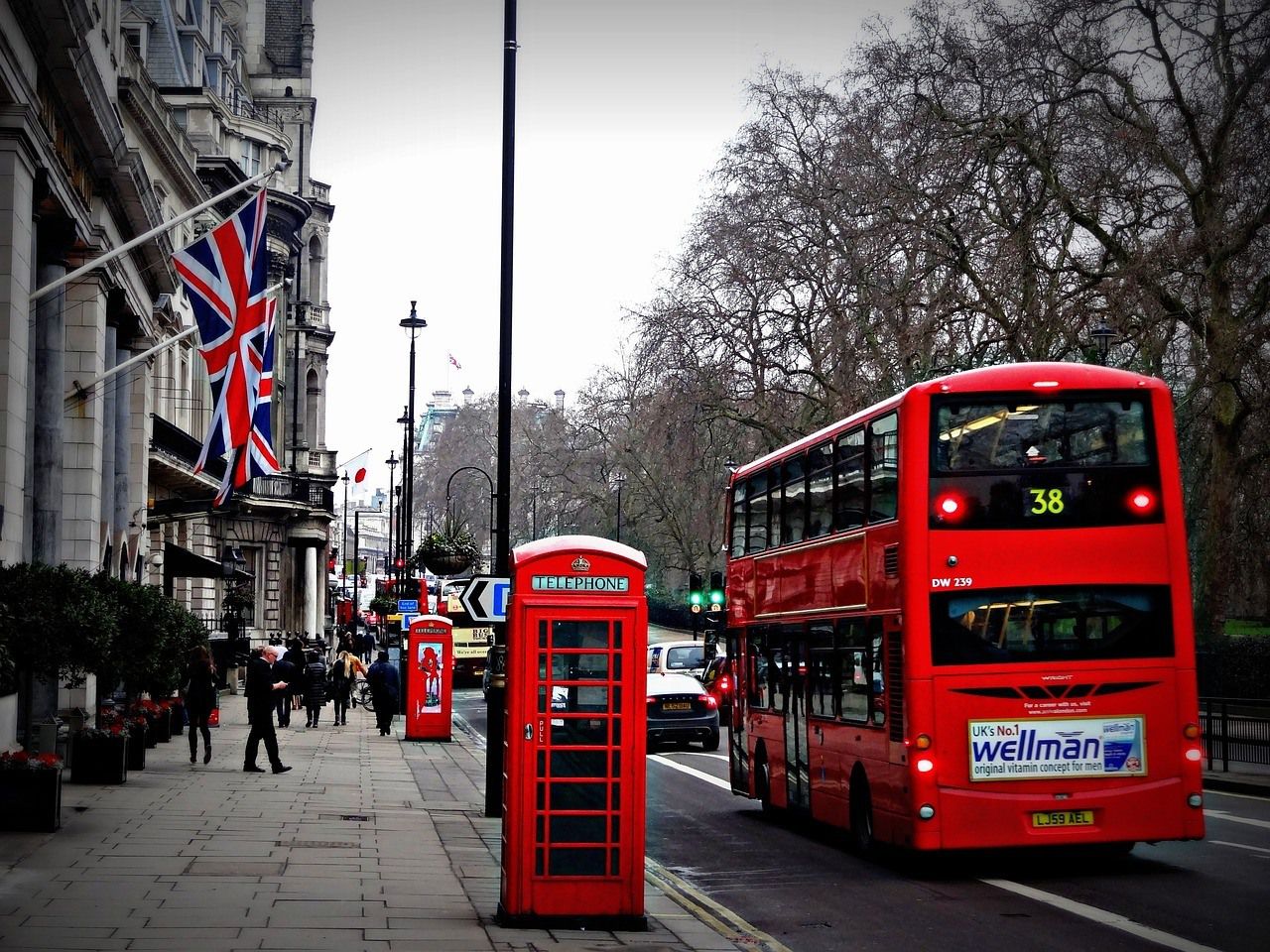 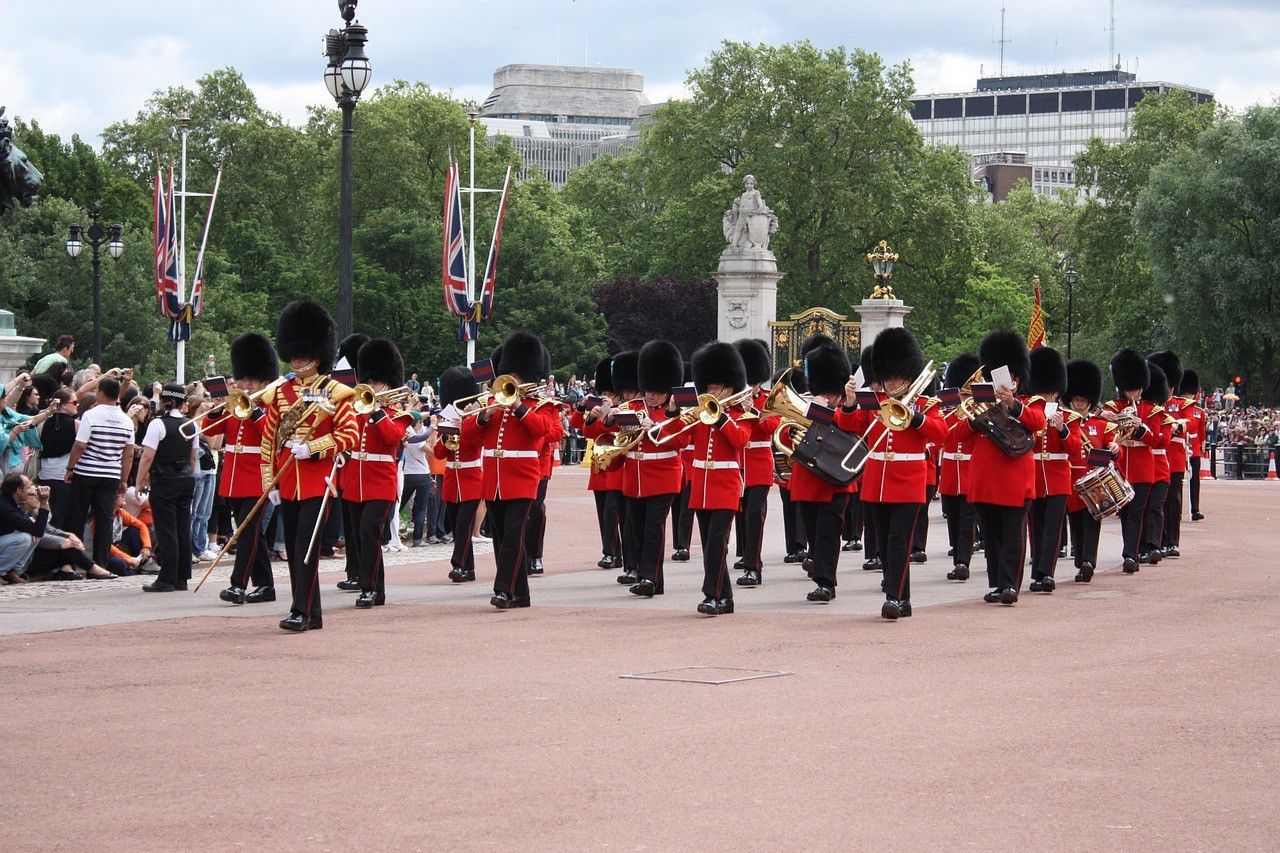 THANK YOU FOR READING THIS LIST OF UK FAMOUS LANDMARKS!