Looking for the biggest and best Rock and Metal Festivals in 2022? While any loyal heavy metal fan in the States knows that the metal music festival scene the scene isn’t the smorgasbord of choice it once was. Many of the big names of the festival scene have recently folded, as the reigning kings (and queens) of metal hang up their drumsticks.

Also, keep reading at the end at other rock and heavy metal festivals that could be making a return in the future!

Spanning the many sub-genres of metal, my list of the best 15 American metal music festivals is sure to keep your annual festival schedule jam-packed. Rock on. 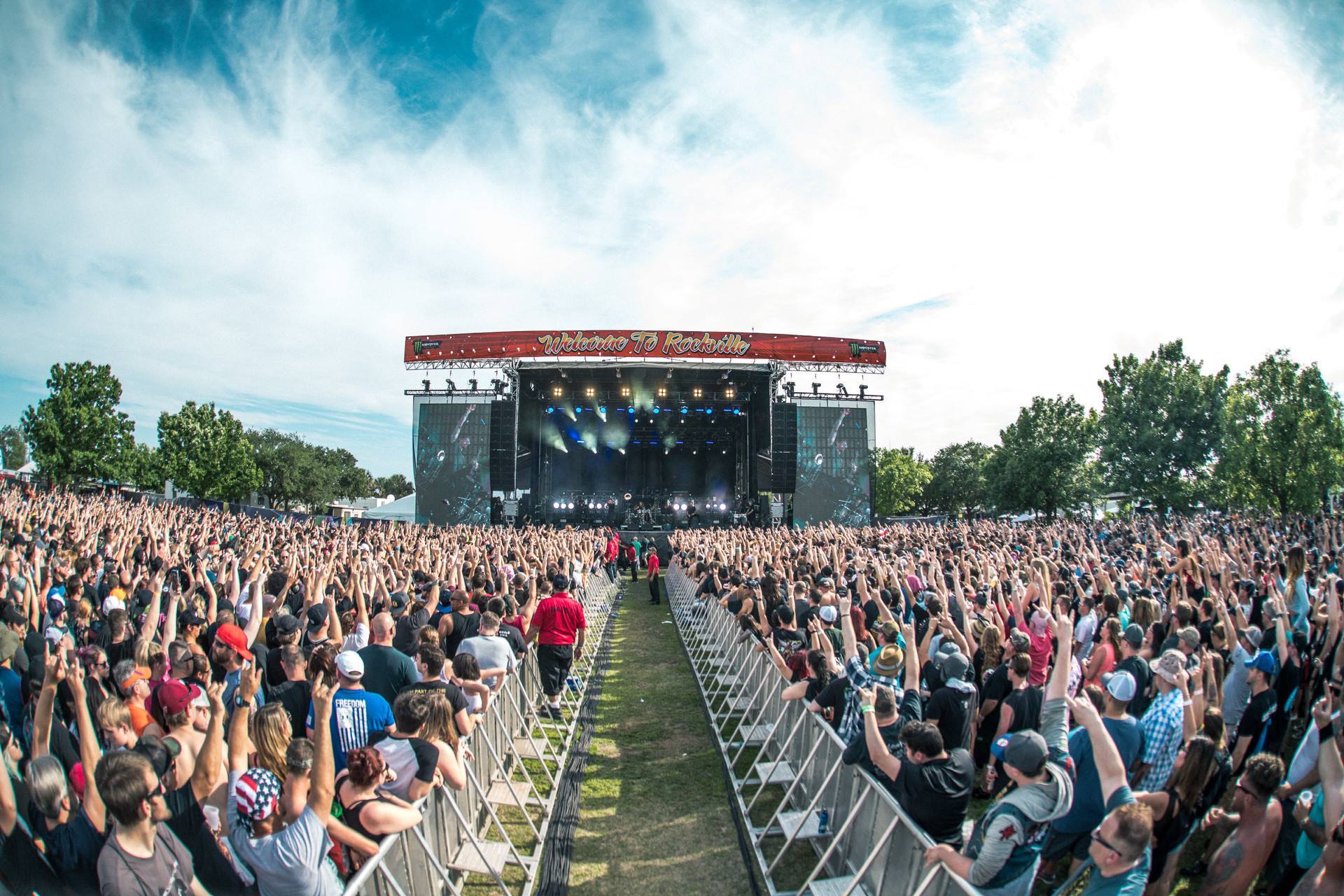 “Welcome to Rockville roars into Daytona Beach, Florida, every spring with a powerful rock and metal lineup. Part of the World’s Loudest Month, more than 50,000 fans show up for a monster weekend of non stop rock with 45 bands on 4 stages.

Join the Welcome to Rockville 2022 Facebook Event for more information! 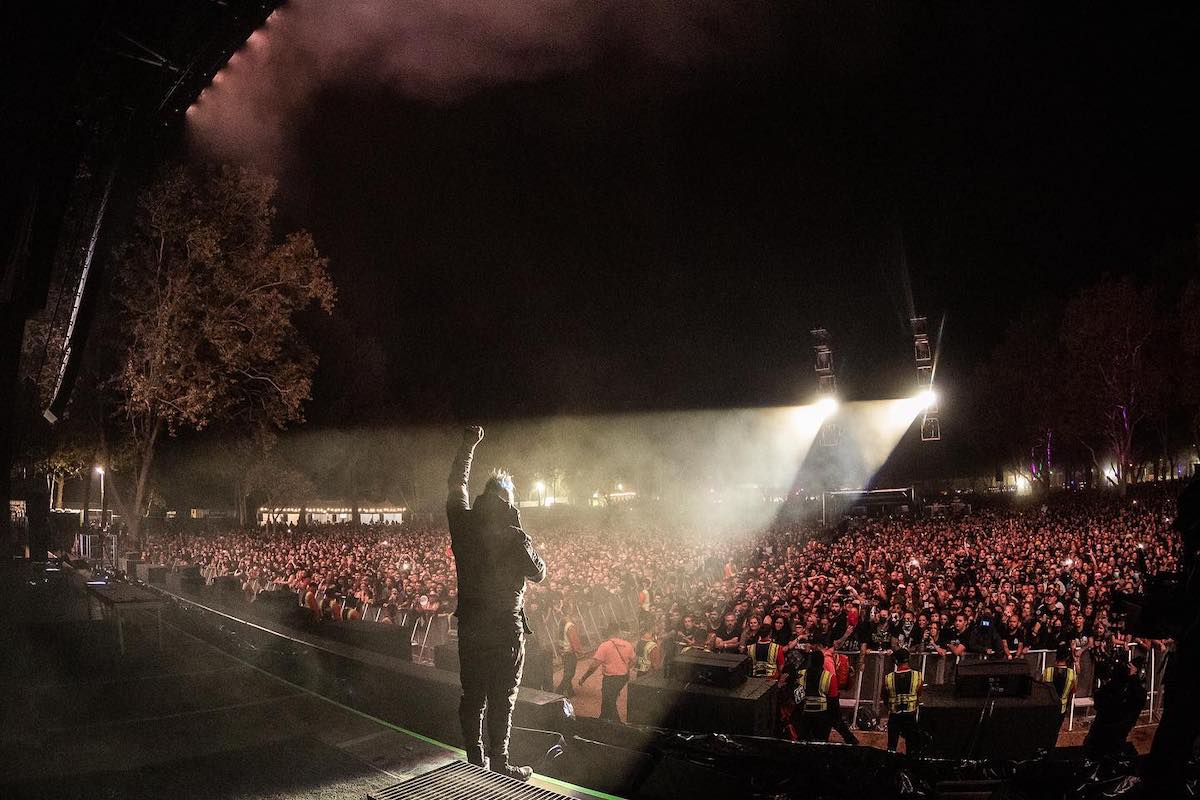 Aftershock is the California Heavy Metal Festival you can’t miss!

The ultimate metal festival in Kentucky that’ll keep you coming back every year!

Complete with packing, incredible food/drink vendors, and an incredible festival venue, this is definitely one of the most epic metal festivals in North America!

Join the Louder Than Life 2022 Facebook Event for more information! 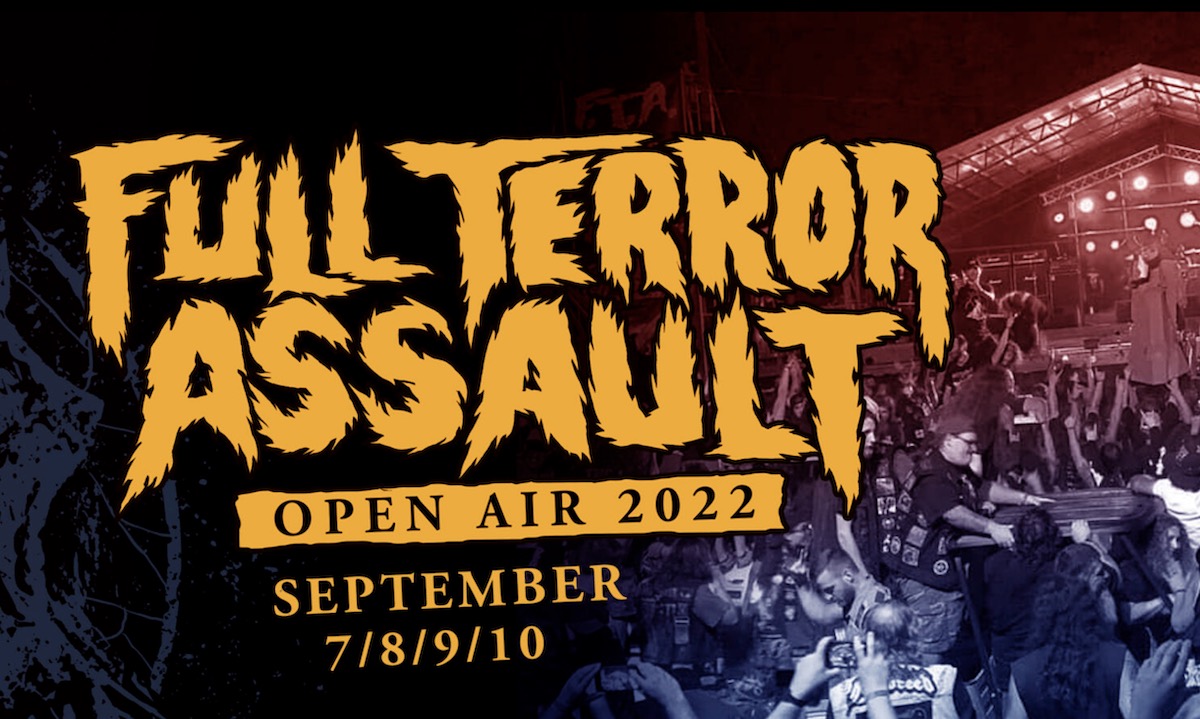 One of the largest open-air heavy metal festivals!

“Last year Full Terror Assault made waves by becoming the first TRUE open air metal festival in the U.S. — multiple days, multiple stages, camping and partying, all in an isolated pocket of wilderness in southern Illinois.

Only a short drive from a number of major metropolitan areas — St. Louis, Nashville, Louisville, Memphis, Cincinnati and Lexington, to name a few — it’s easily accessible to anyone looking for a fun-filled weekend of metal and partying!” 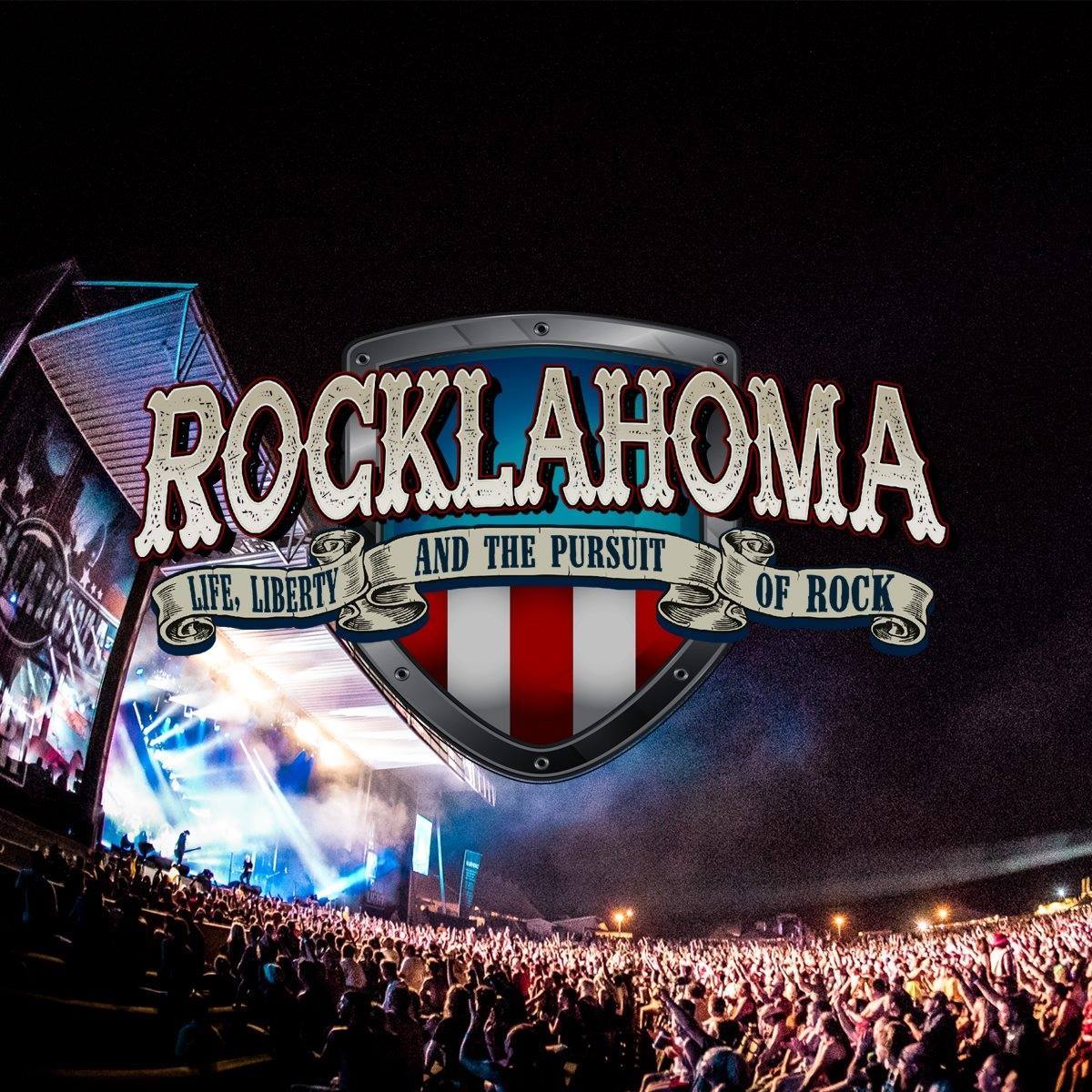 Rock Music Festivals don’t get much bigger than this!

One of America’s biggest biggest Labor Day Music Festivals, Rocklahoma is a no-brainer and an event that metal fans will absolutely love. This 3-day festival offers top-notch camping, a beautiful venue, and a star-studded line-up that will please just about everyone. 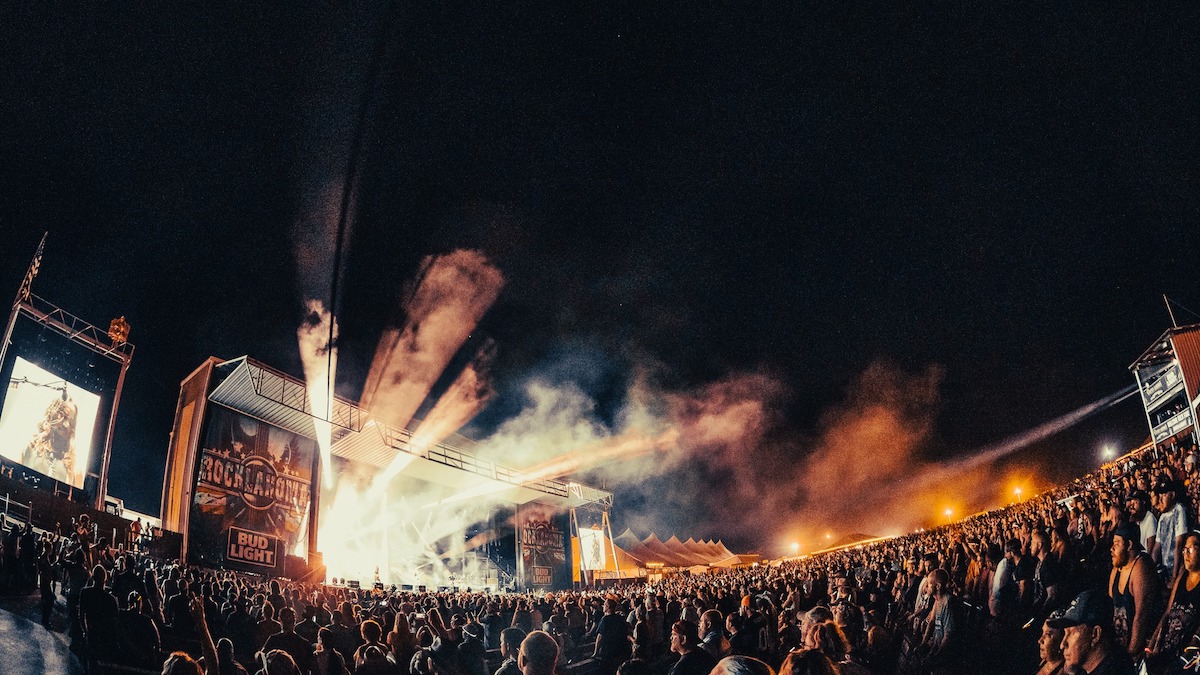 “America’s biggest annual metal party. Maryland Deathfest is a multi-day event held in Baltimore with dozens of bands from around the world. It is the biggest of its kind in North America. MDF was the idea of two extreme metal fans named Ryan and Evan. During the 16 years of festival history, MDF has featured over 500 bands from over 30 countries, many of which have made their US debut at the festival.

They also organize events in California, The Netherlands, London, and Canada! 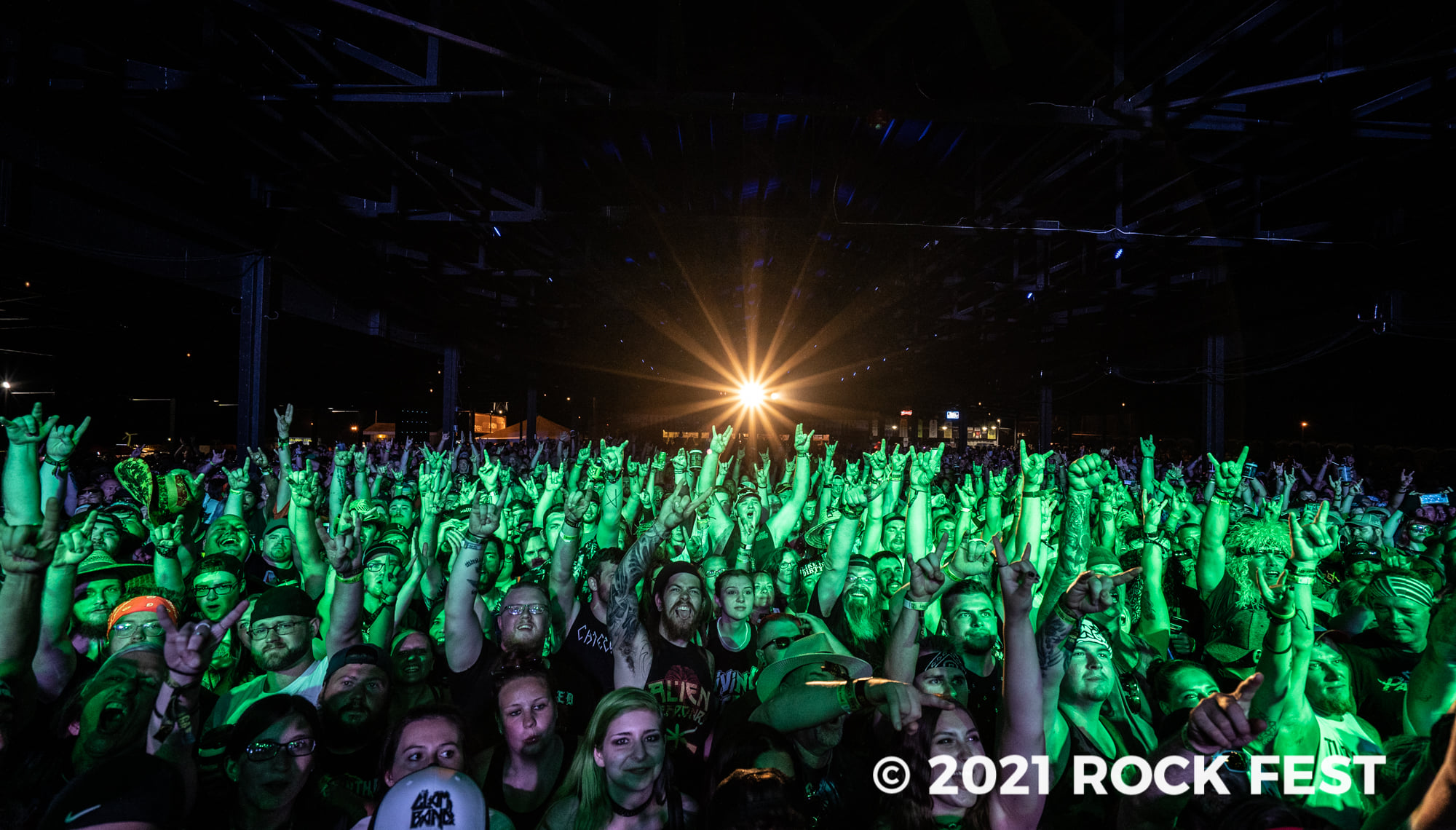 “A city literally built on Rock n’ Roll in Cadott WI, Rock Fest is the true Rock experience you can’t miss. In its 26th year, it is THE top venue for people of all ages to come together for one common purpose: to congregate with other rock fans from across the world, in a place where rock music still matters. Featuring the very best of active and classic rock and legendary names in Rock Music, entertainment and experience are first priority. Aerosmith, Iron Maiden, Avenged Sevenfold, Kiss, Motley Crue, Fleetwood Mac, Tom Petty, Kid Rock, Shinedown, Five Finger Death Punch, Rob Zombie, Korn & many more rock legends have graced this permanent Main Stage over the course of the last two and a half decades.

Rock Fest is set on 320 acres of picturesque land in Central Wisconsin, and is home to nearly 7,000 campsites all within easy walking distance of the concert grounds. With major airports and hotels nearby, as well as daily shuttle service, there is literally something for every rock music fan here. Experience the Amphitheater Venue for yourself, and find out why Rock Fest Fans keep coming back every year to the Largest Rock & Camping Festival in the US.” 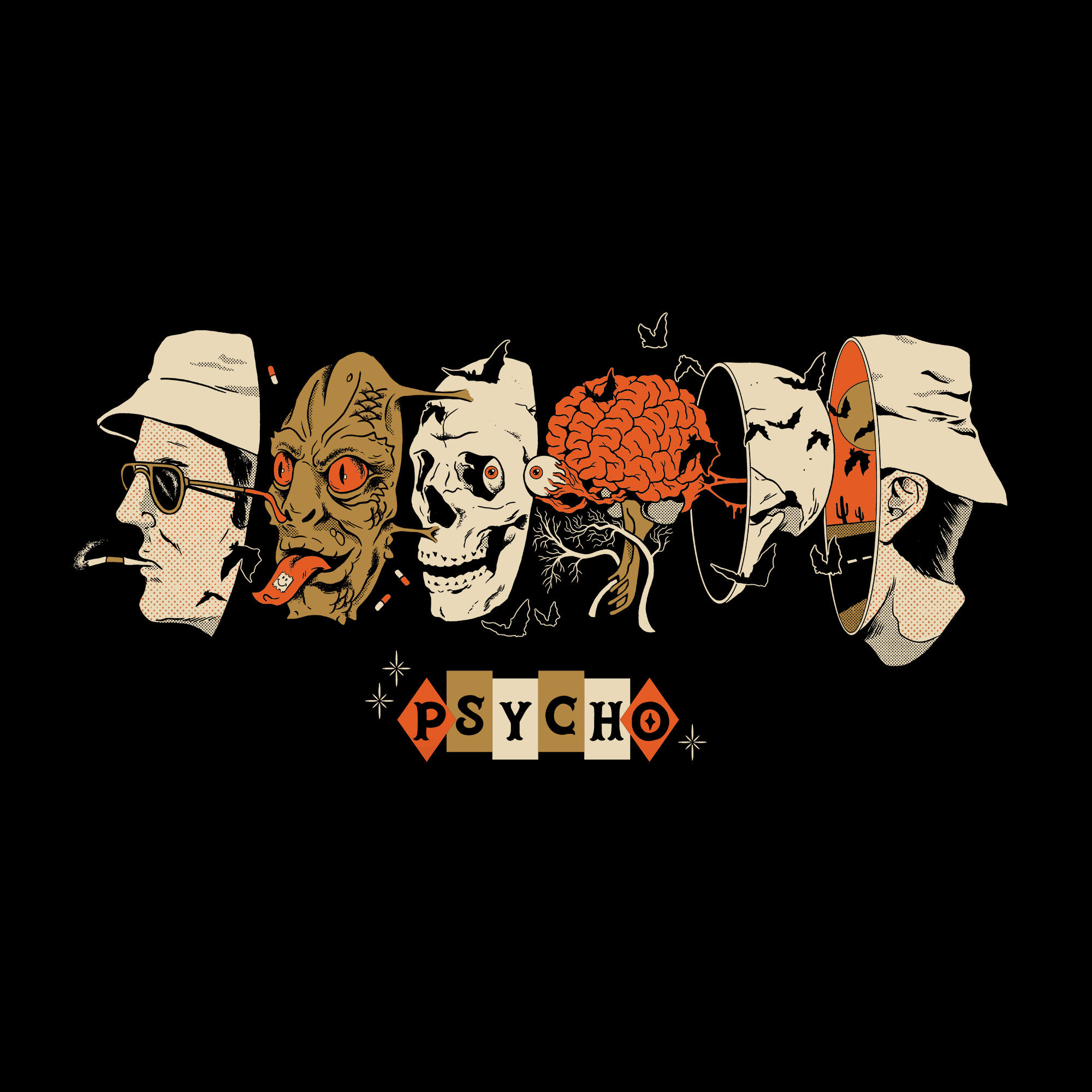 Make your way to Sin City for 4-days of incredible rock and metal music this summer! With an awesome line-up and venue, Psycho Las Vegas has become adored by metal fans over the last few years, and their 2021 edition looks like a damn good time! Start planning your trip now and secure your tickets!

Be sure to check out my guide on Las Vegas Music Festivals for more epic adventures in the future! 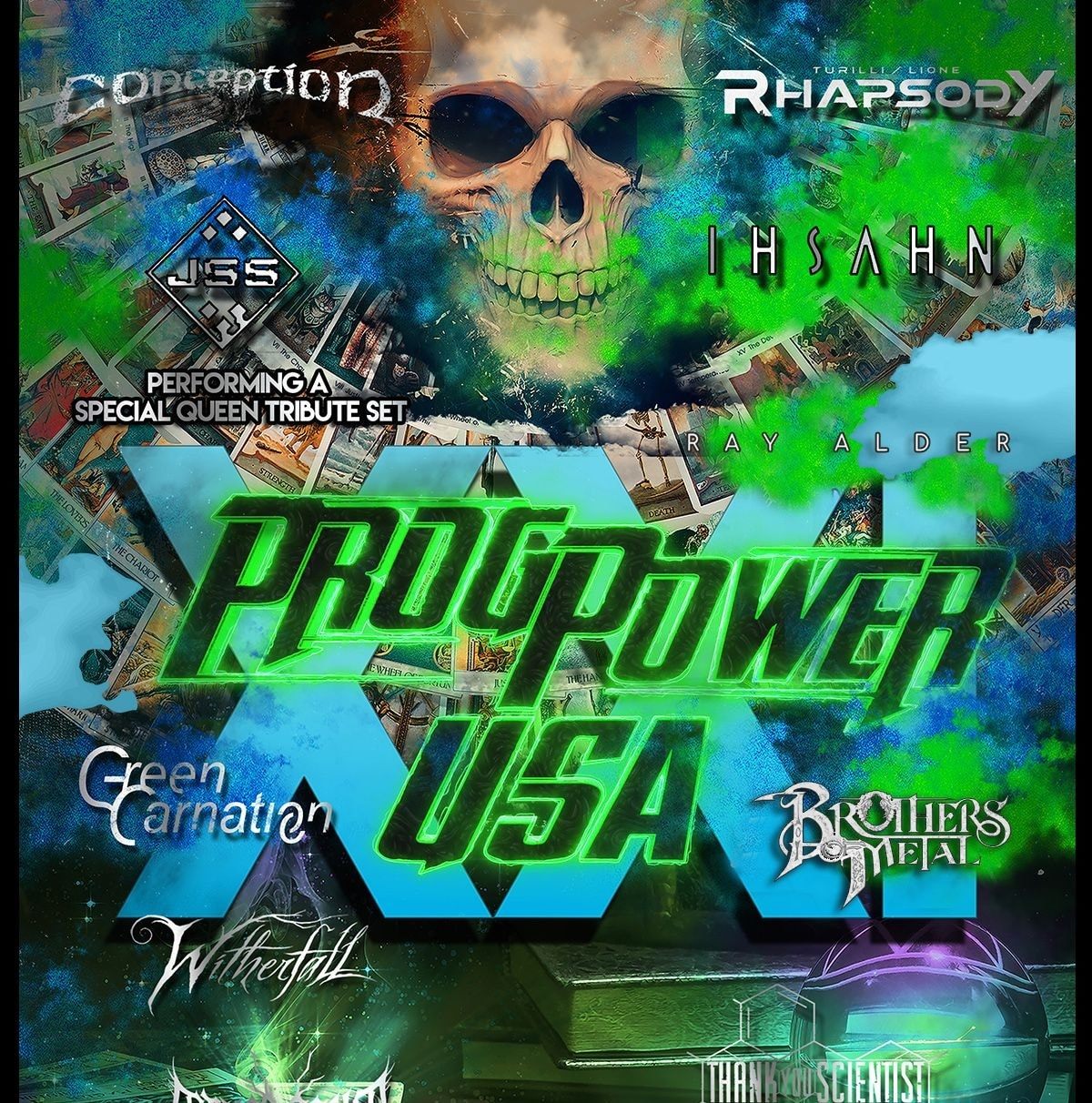 “ProgPower USA is the premier U.S. festival for progressive and power metal. For 19 years they have been a key part in bringing some of the biggest and best names in the international progressive and power metal scenes to the United States. It takes place every June or September at the Center Stage Theater in Atlanta, Georgia and is known for the quality of acts it brings, the continued high production standard, and the familial atmosphere of the event.

Every year during the festival, on days 1 and 3, the ProgPower USA attendees gather in the theater before the headlining band takes the stage for what has become an event all its own. Right in the middle of the action, the next year’s line-up gets announced.”

On 70000TONS OF METAL you get unrestricted festival access to all 120 live shows on board, 70000TONS OF KARAOKE until sunrise, Jamming In International Waters – the Official 70000TONS OF METAL All Star Jam which writes Heavy Metal History every year, Clinics and Work-Shops with the musicians, our infamous Belly Flop Contest, Shore Excursions with your favorite artists, and much more!

Everyone on board is a VIP, we don’t have assigned seating (this is a Heavy Metal Cruise after all), and most importantly the bars on our ship never close – you heard us, bars that never close!”

“Rock USA is one of the largest rock music and camping festivals in the nation. Rock USA delivers three days of non-stop rock, a unique food & beverage experience, & unforgettable camping all located on the beautiful Ford Festival Park. 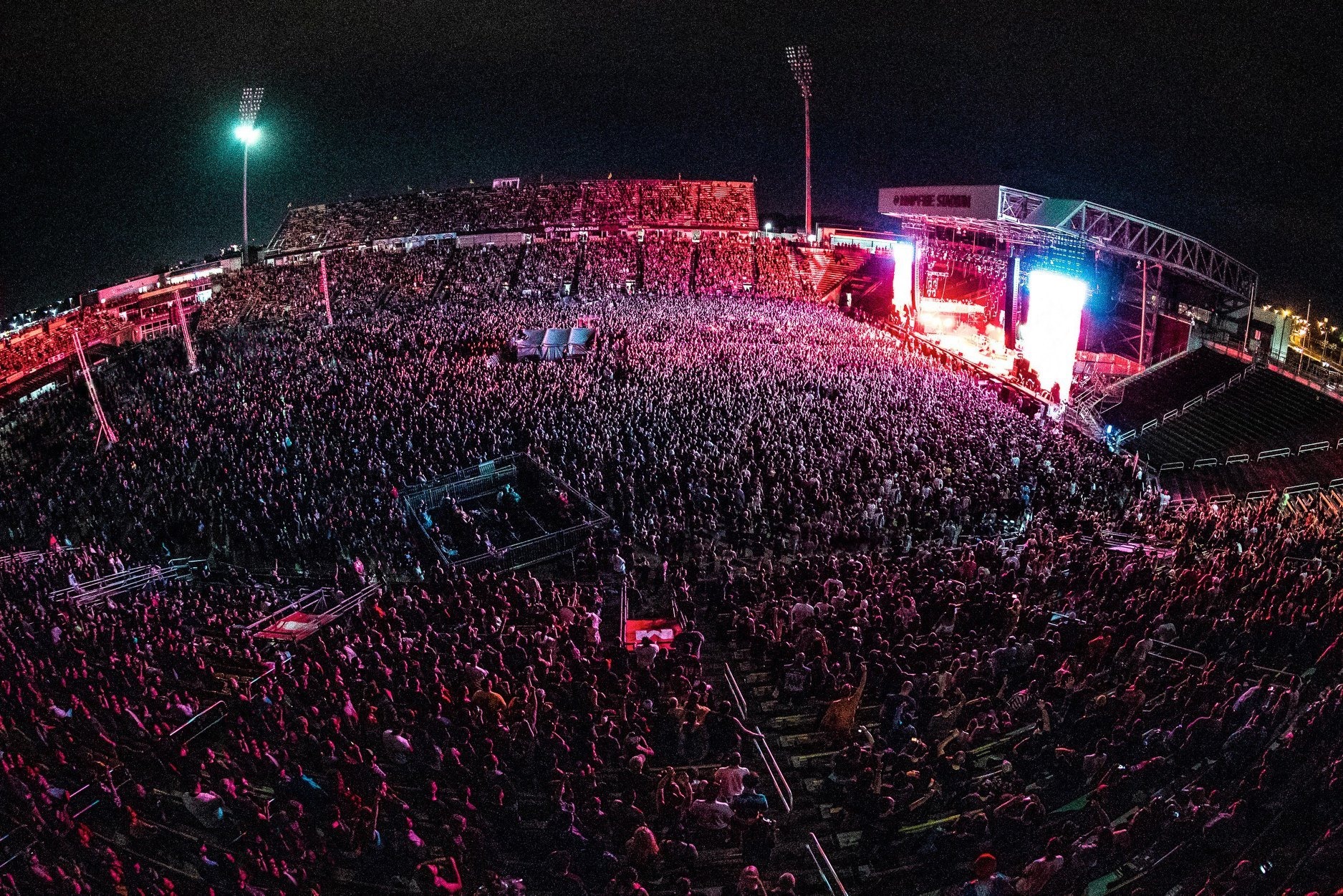 “The inaugural Sonic Temple Art + Music Festival replaces the long-standing Rock On The Range, America’s largest and most acclaimed rock festival, which routinely sold out over its 12-year span.” 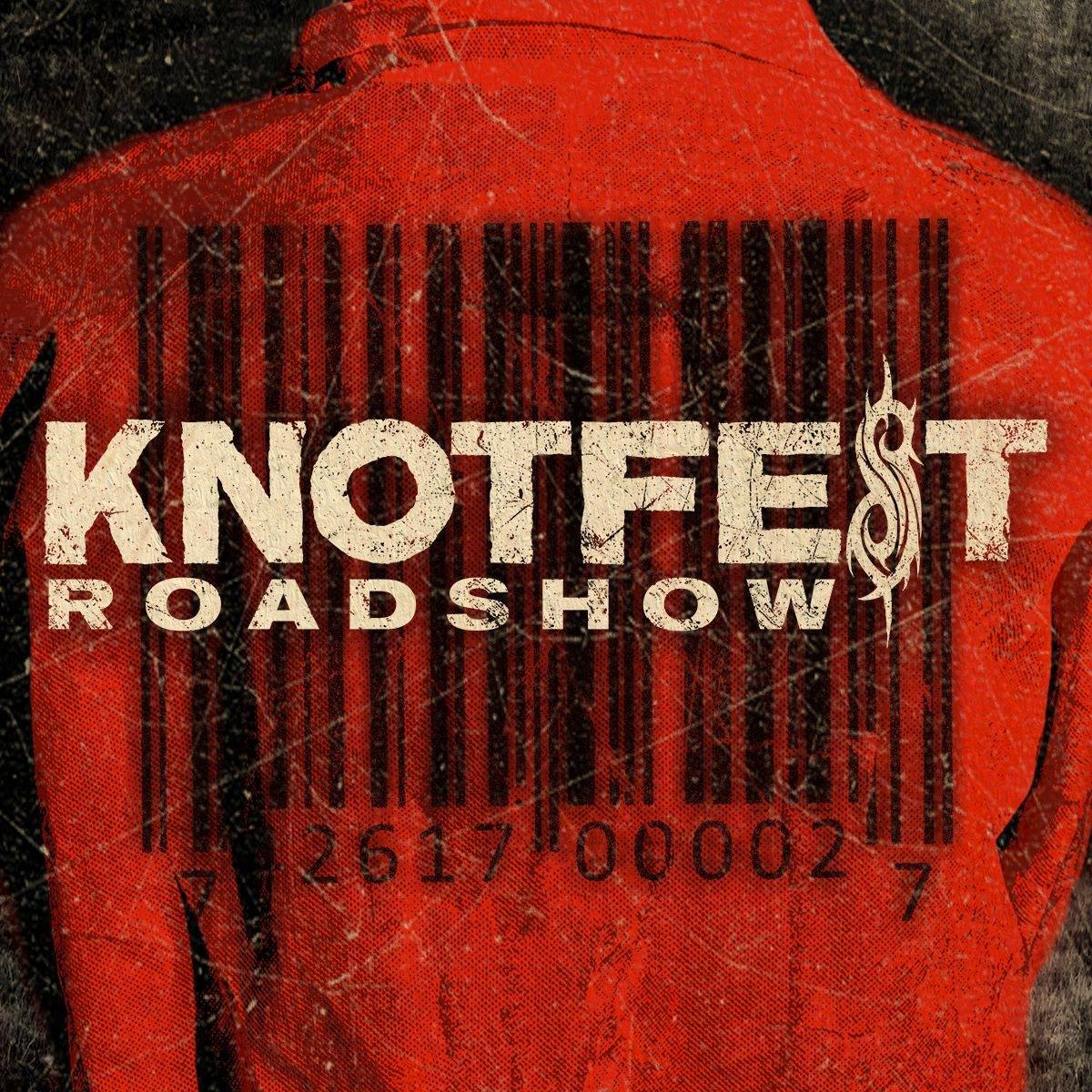 Where: Various cities across the United States

“SLIPKNOT have announced their live return, unveiling details of their massive Knotfest Roadshow headline tour set to traverse across North America this summer. The 29-city Knotfest Roadshow will start July 26th at the Shoreline Amphitheater in Mountain View, California and wrap September 8th at the Cynthia Woods Mitchell Pavilion at the Woodlands, Texas. Slipknot will be joined by special guests Volbeat, Gojira and Behemoth throughout the trek.” 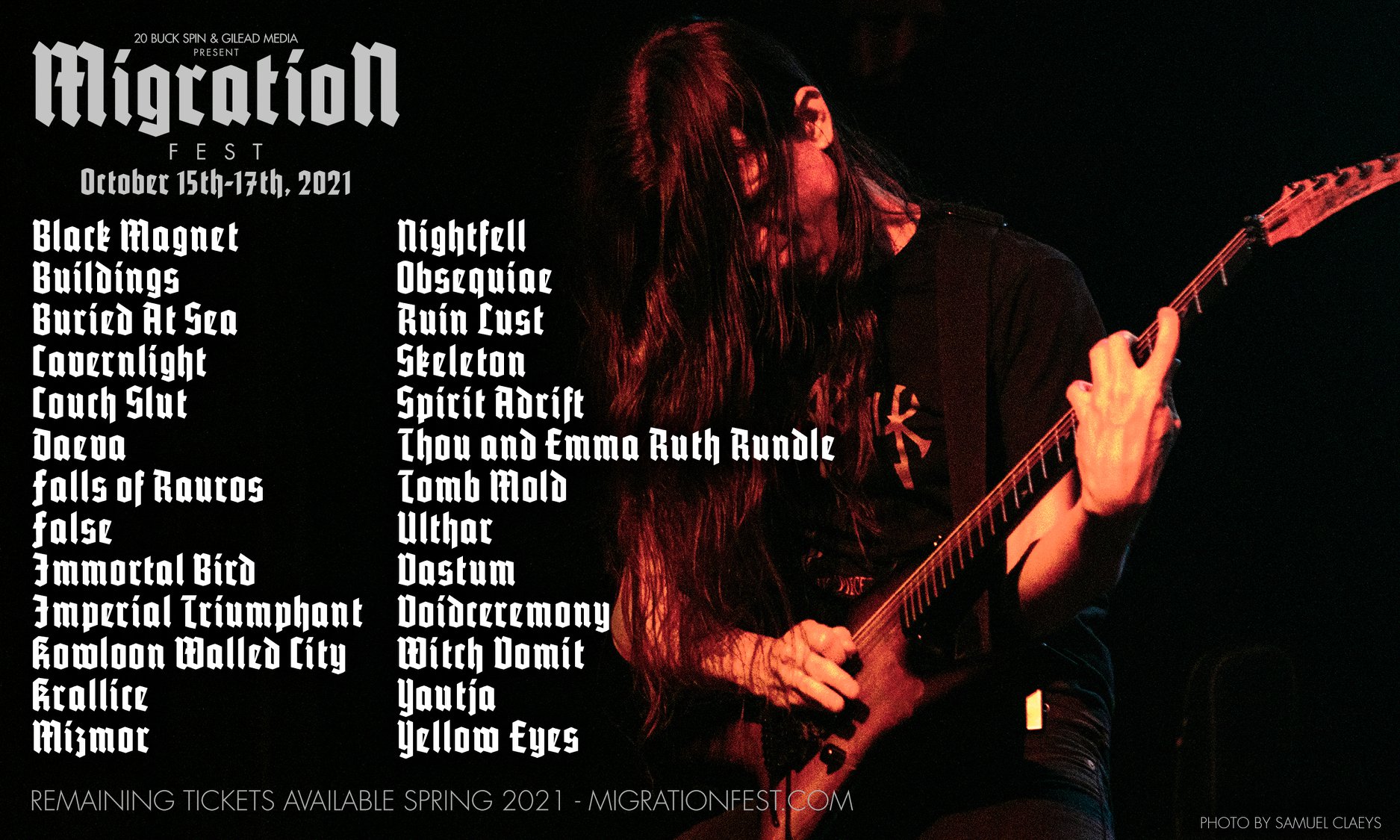 “Migration Fest will feature nearly 30 bands over the course of 3 days. With almost the entire lineup curated from the 20 Buck Spin and Gilead Media label rosters, with a small number of hand-picked special guests.”

A one-time resurrection hosted on the haunted grounds of Sloss Furnace in Birmingham! 2021 is offering a massive line-up over three days with headling artists like Underoath, Taking Back Sunday, and Killswitch Engage – this is going to be an incredible weekend that should not be missed! 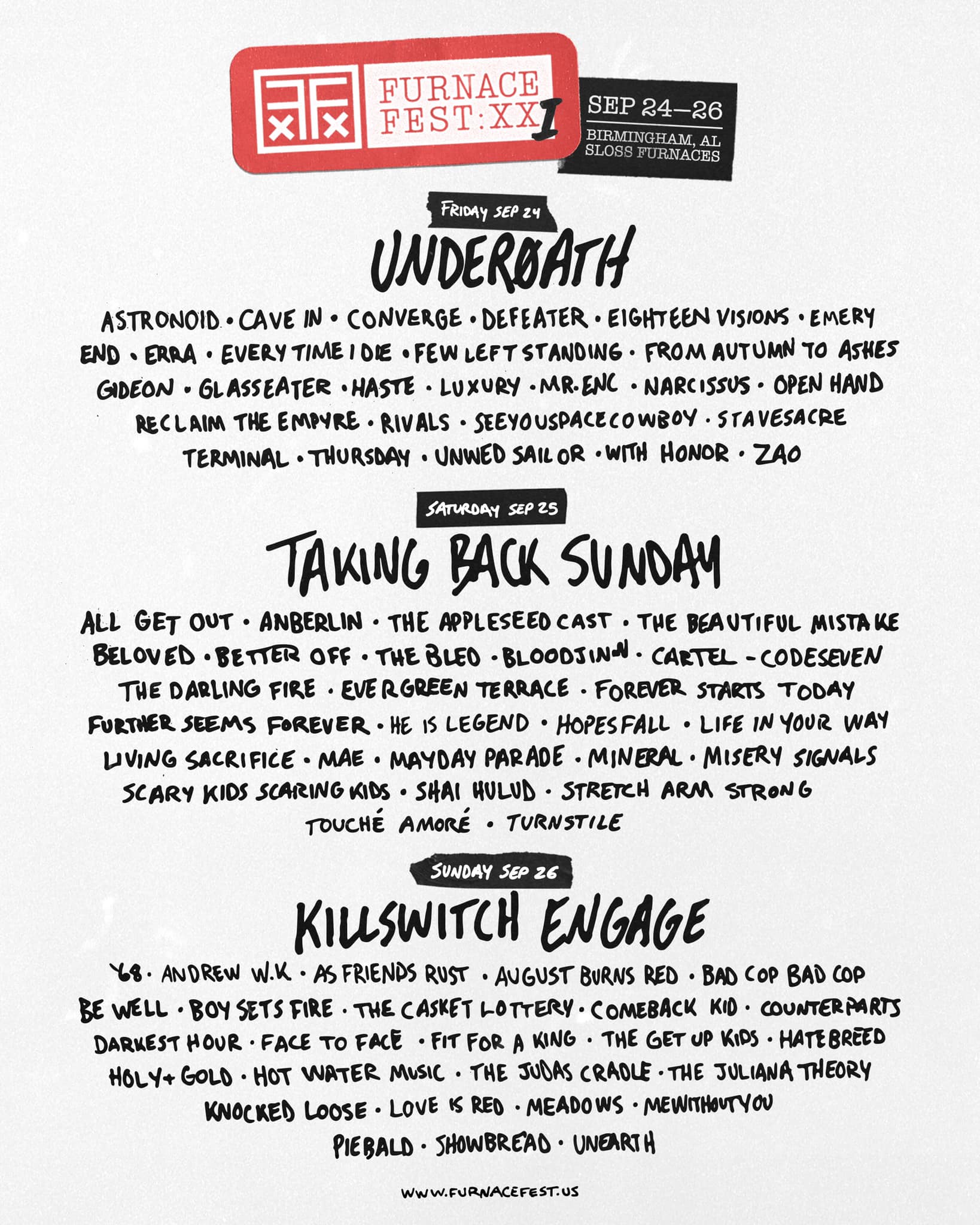 With everything that’s happened in recent times, many festivals have not made any announcements or scheduled performances, but I wanted to give them some recognition just in case they do decide to host future editions.

“Move over Lollapalooza, the Windy City is getting its own underground metal festival. Inspired by fests like Maryland Deathfest and Martyrdoom, Metal Threat Fest will bring some great underground bands to the second city to absolutely crush it. Already confirmed are the legendary Exciter, Razor, Inquisition, Bulldozer and more.” 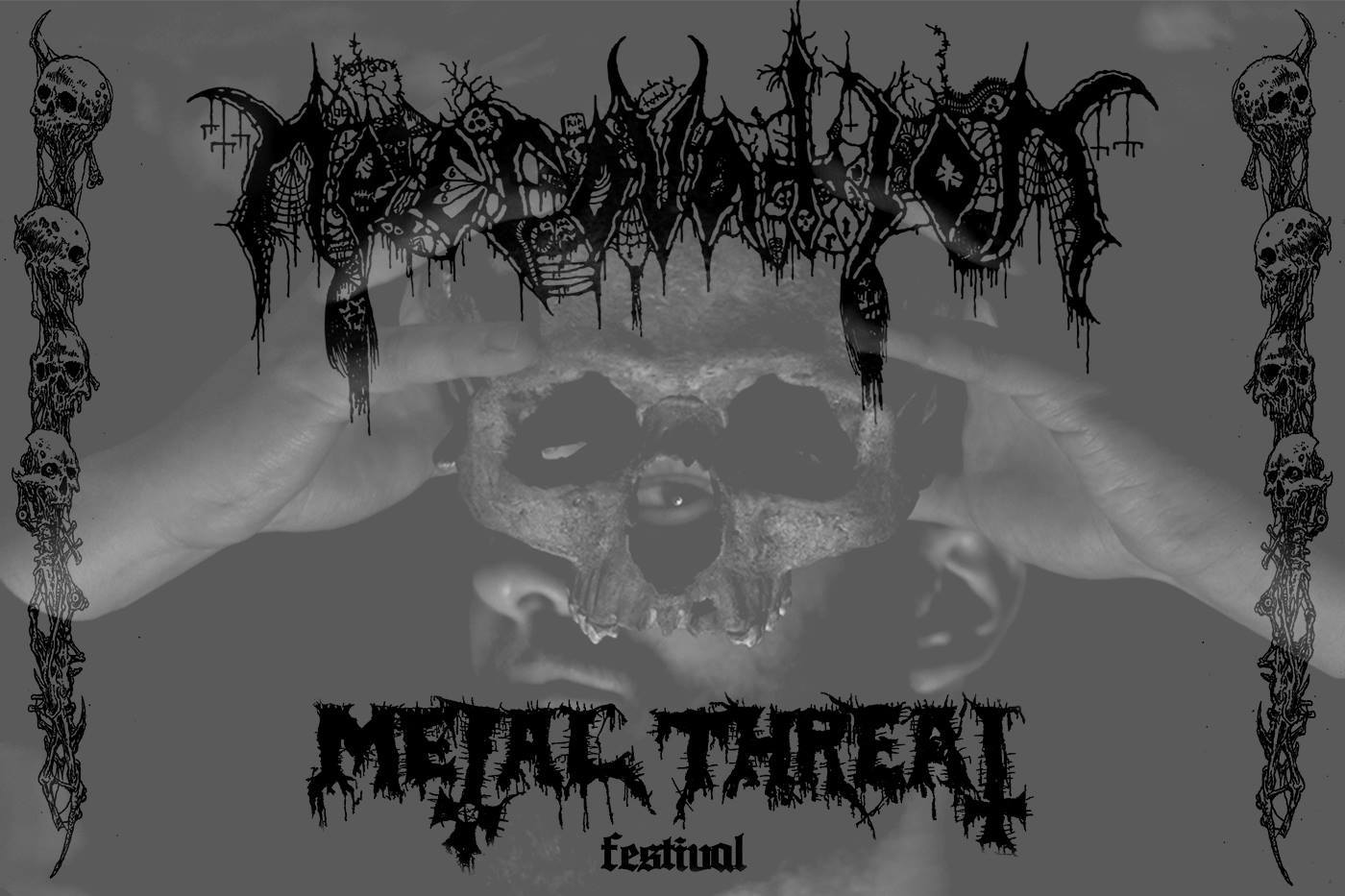 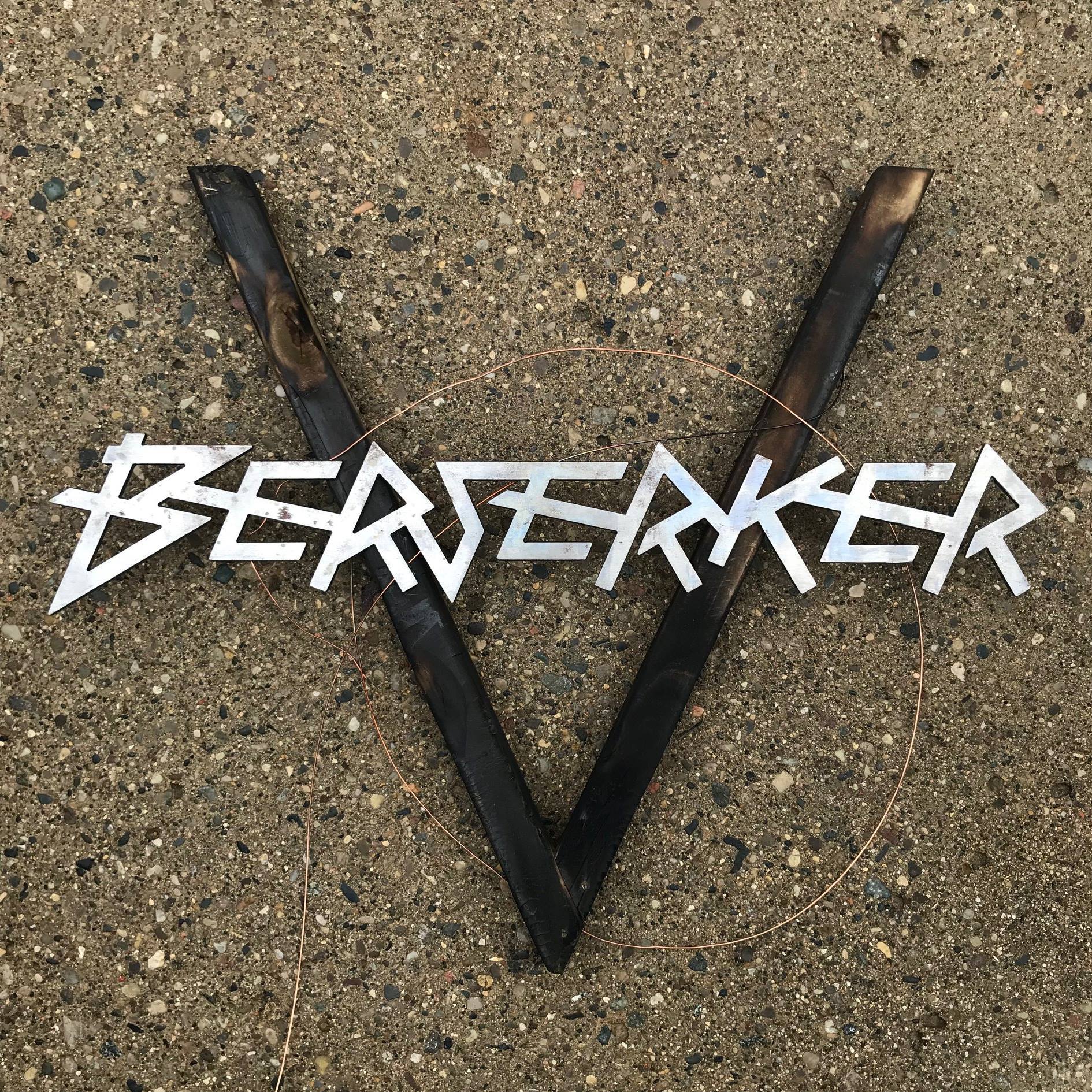 “Since 1999, the New England Metal and Hardcore Fest has served as one of the biggest attractions in the Northeast for fans of aggressive music, uniting an eclectic range of heavy acts for a punishing weekend-long assault. The first wave of bands for the 20th installment of the festival have been announced with Morbid Angel and Kamelot topping the bill on Friday and Saturday respectively.” 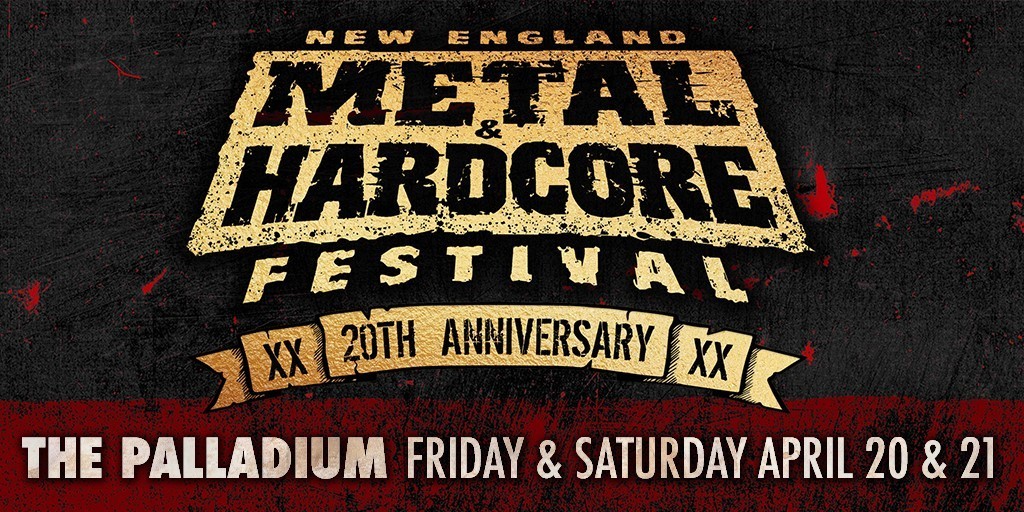 Where: Various cities across the United States

“Ozzfest is an annual festival tour of the United States and sometimes Europe featuring performances by many heavy metal and hard rock musical groups. It was founded by Ozzy Osbourne and his wife Sharon Osbourne, both of whom also organise each yearly tour with their son Jack Osbourne. The Ozzfest tour has featured bands of a variety of genres within heavy metal and hard rock, including alternative metal, thrash metal, industrial metal, metalcore, hardcore punk, deathcore, nu metal, death metal, post-hardcore, gothic metal and black metal.” 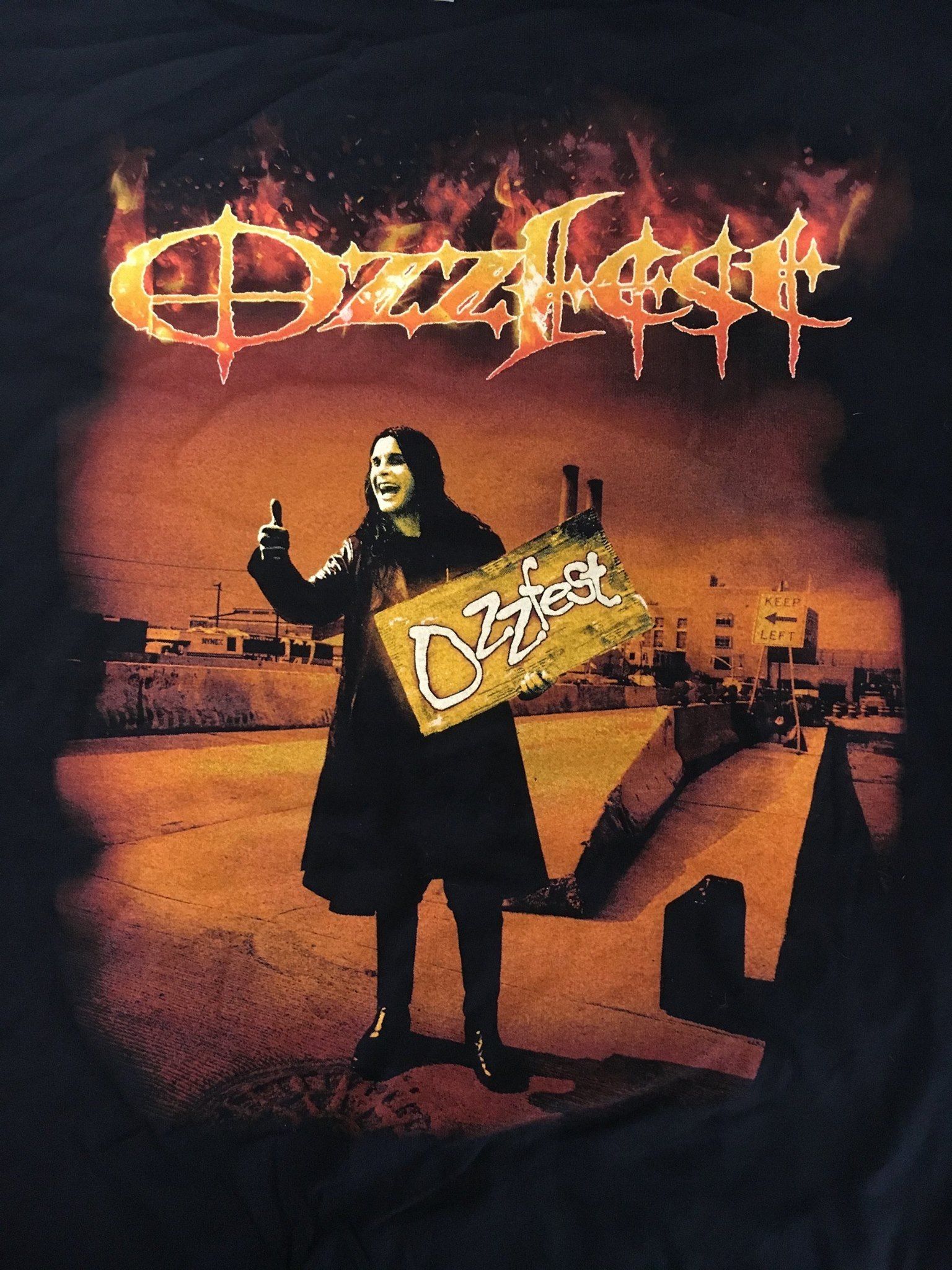 “Def Leppard, Soundgarden, The Offspring, A Perfect Circle, Mastodon, Eagles of Death Metal… Fort Rock covers all your hard rock bases, from grunge and hair metal to punk pop and deep doom. Something for everyone. Also, it’s in Florida, so it’ll be nice and toasty.” 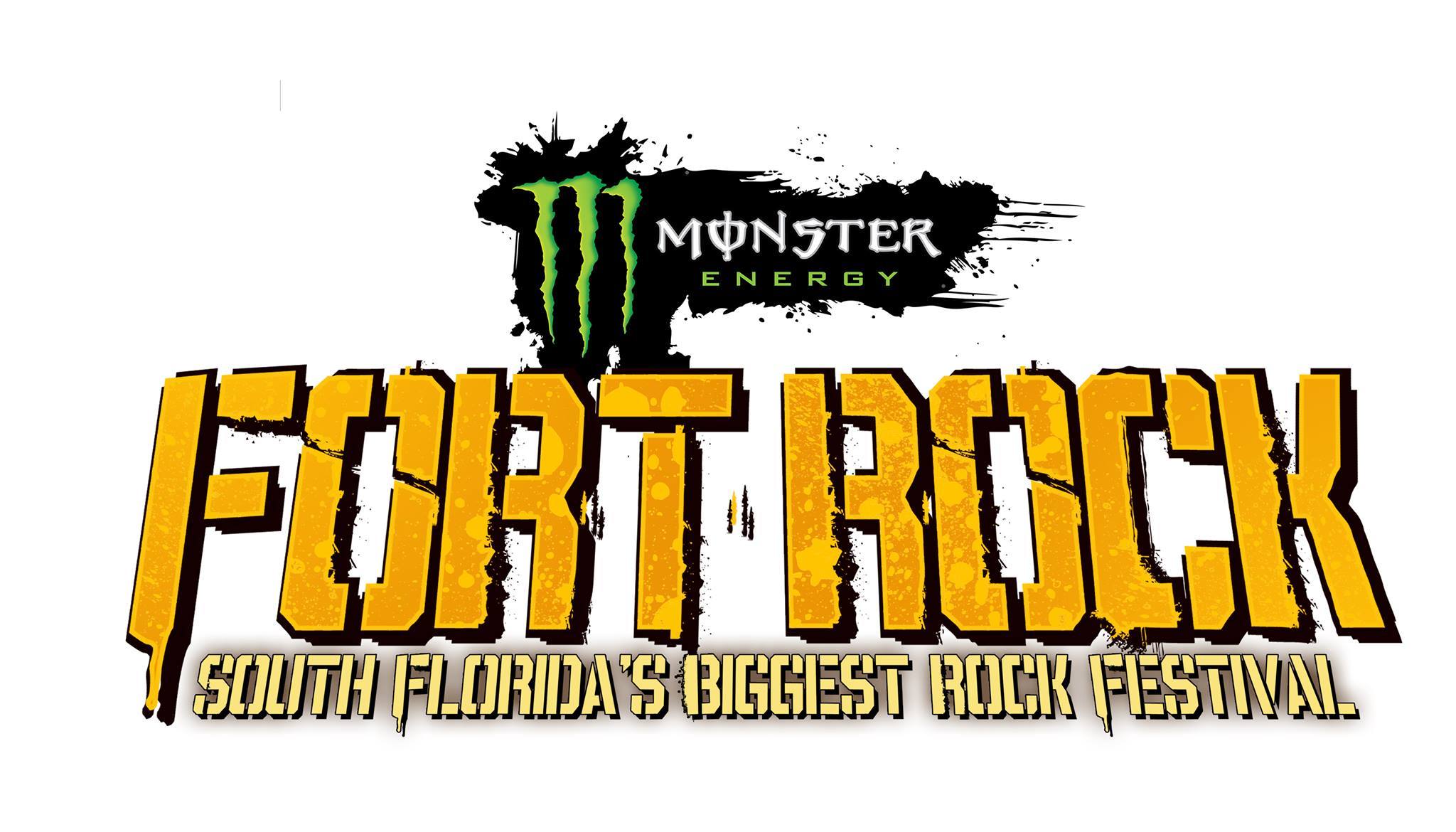 “Sin City’s premiere rock and metal festival, Las Rageous brings the noise to downtown Las Vegas. Taking place at an intimate outdoor venue, this event only sells 10,000 tickets, which means you get to see your favorite metal acts up close and personal in one of world’s most entertaining cities.”

“Chicago Open Air is an annual concert held in Bridgeview, Illinois that features several rock and metal acts. Beginning in 2016, the festival got a lot of recognition as it was Rammstein’s only US performance that year. Chicago Open Air returns after a one year hiatus to Toyota Park, Chicago in 2019!”

So What? Music Festival

“The Texas-based So What?! Music Festival is returning after taking a couple of years off, and they’re certainly coming back with a bang. Formerly South By So What, So What?! has been polling their social-media audience who they want to perform, as well as promoting their other events. Stay tuned for more announcements on their 2022 edition. 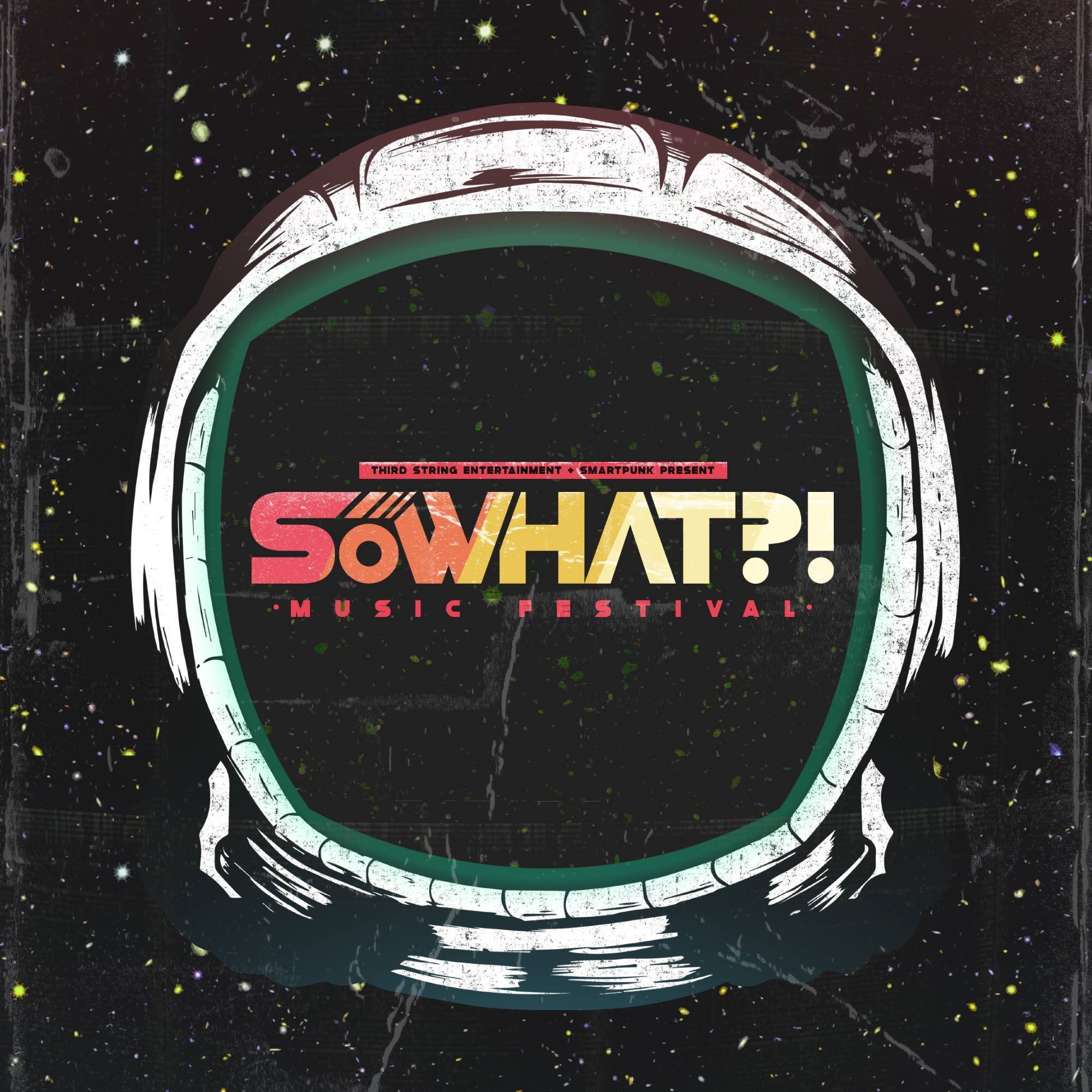 “New York may be a city of towering skyscrapers and big dreams, but at street level, space is limited. Many of New York’s most important and best organized events take place in a series of cramped grottos and basements, attended by attractive, high-profile fashionistas. But a multi-day death metal festival full of brutal tech and slam? Nah, son. That shit’s not getting more than one venue – and you’ll be lucky if the line-up isn’t just a bunch of barely-practiced locals. And yet, 2018’s sixth annual New York Deathfest managed to pull it off with scrappy gusto.

Organized by local promoter and distro Gutter Christ Productions and hosted by legendary Brooklyn metal hub Saint Vitus Bar, this underground free-for-all brings together an international line-up of tight, driven bands who’re as furious as they are happy to be there. The result is a wonderful weekend of music that sounds like mechanized gangrene being devoured by a grateful, hungry fanbase.” 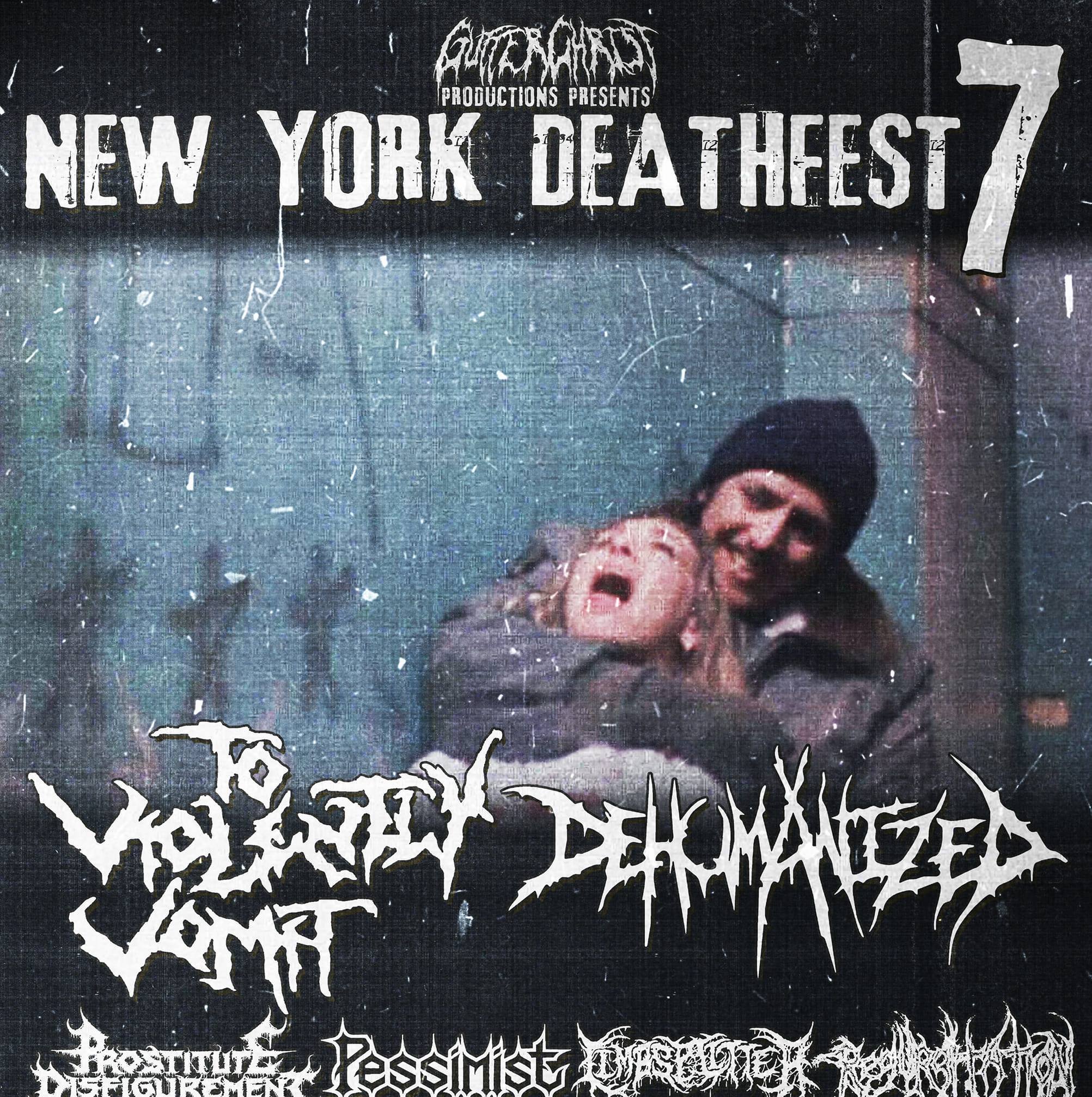 Am I Missing Any Other Death Metal Festivals…?

When I put together these types of lists it can be quite difficult to research and discover all the best metal festivals, so please do let me know if you think I need to add any important ones to my list!

I’ve recently updated this list of Metal Festivals 2021-2022, so would love to hear about any others to keep this as up-to-date as possible! 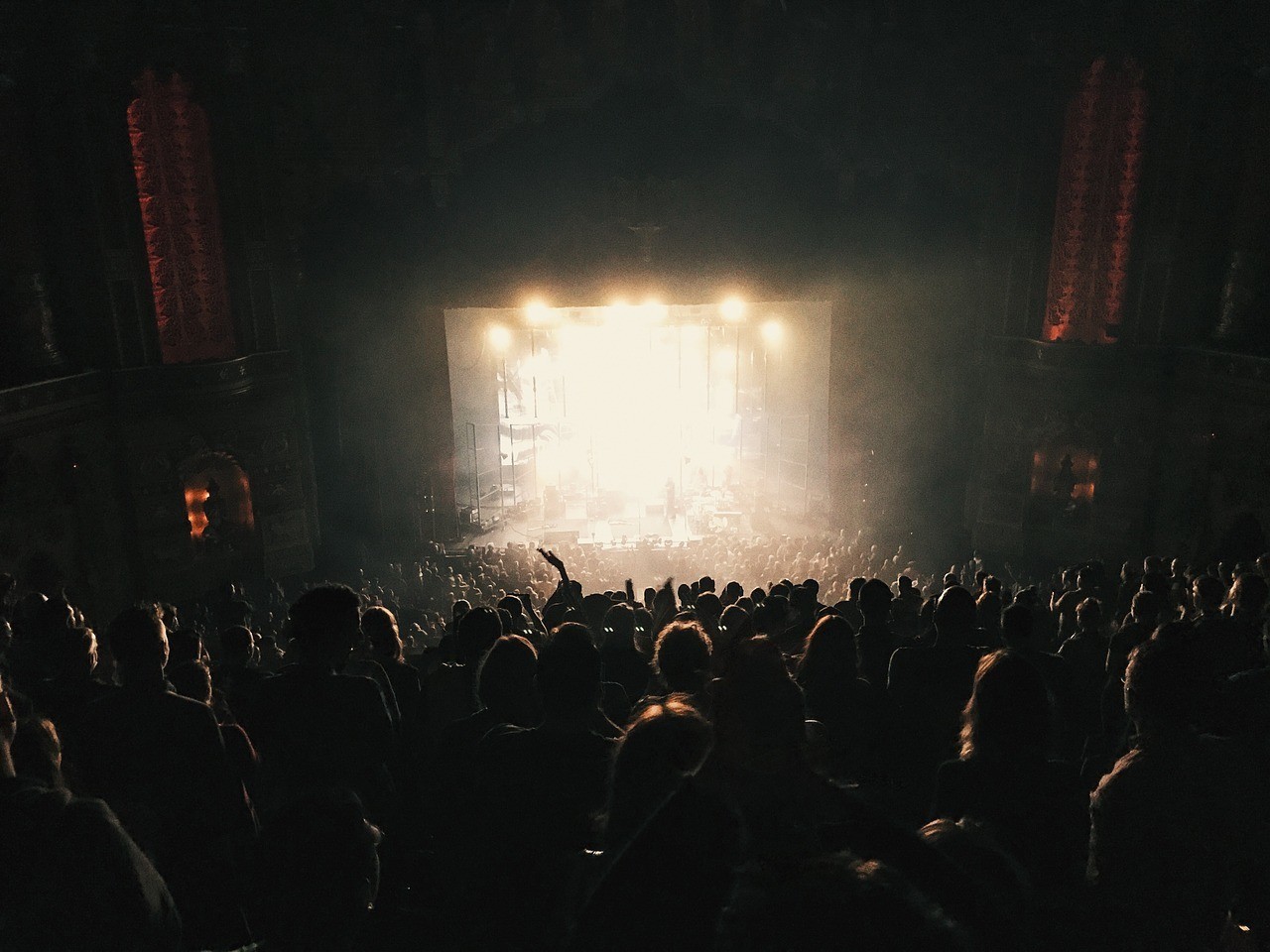 Looking for more music festivals in the U.S and around the world…?

My website is filled with similar articles that go over the most epic events, parties, and music festivals in nearly every corner of the globe!!  Take a look through some of my favorite ones below, and don’t forget to share them with your friends!! 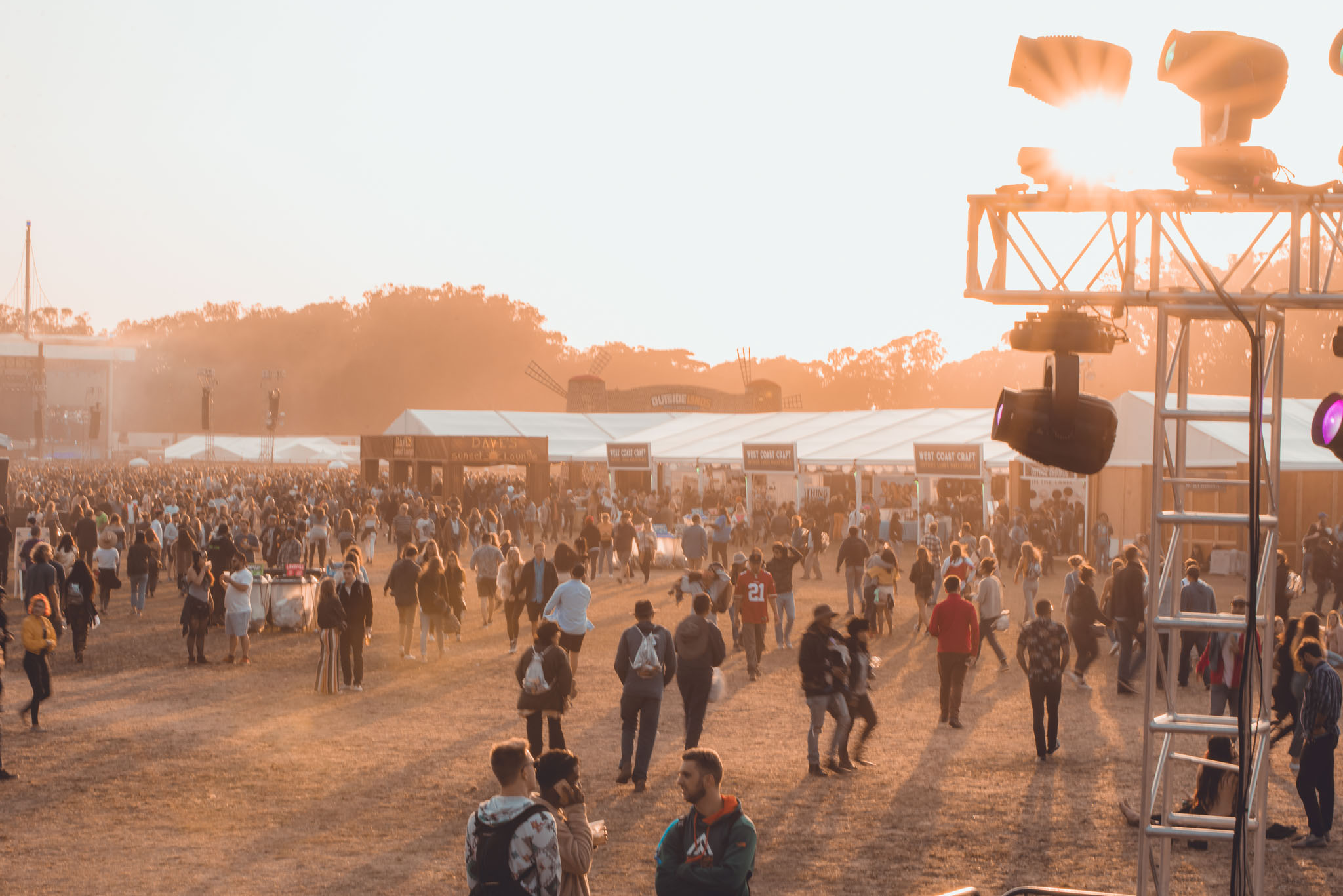 Thanks for reading about these Metal Festivals!!