Looking for the best rap and hip-hop festivals in 2022!? Well, look no further, because I’ve put together the best upcoming festivals in the U.S.A that showcase some of the world’s best hip-hop artists!

“Hip-hop gave a generation a common ground that didn’t require either race to lose anything; everyone gained.” – Jay Z

Hip-hop is a globally appreciated music genre, but nobody does it better than where it all began – the USA!

There’s nothing quite like the energy you can find at a USA hip hop music festival. It’s electric, it’s authentic and it’s a loud voice for many. It has grown from its beginnings within African American and Latino communities of The Bronx in New York City to being embraced and loved by all races, creeds, ethnicities and genders.

And with the popularity of hip hop comes an explosion in the number of amazing USA hip hop music festivals across this great country.

From the West Coast to the East Coast and everywhere in between, my list of the 20 best hip hop festivals in the USA is bound to fill your summer music festival calendar and beyond. While a few of these festivals aren’t solely focused on hip-hop, they book incredible artists that hip-hop fans will love!

2022 Update: A few of these festivals haven’t made official announcements yet, but be sure to stay tuned for dates and line-ups that I’m sure will come soon! 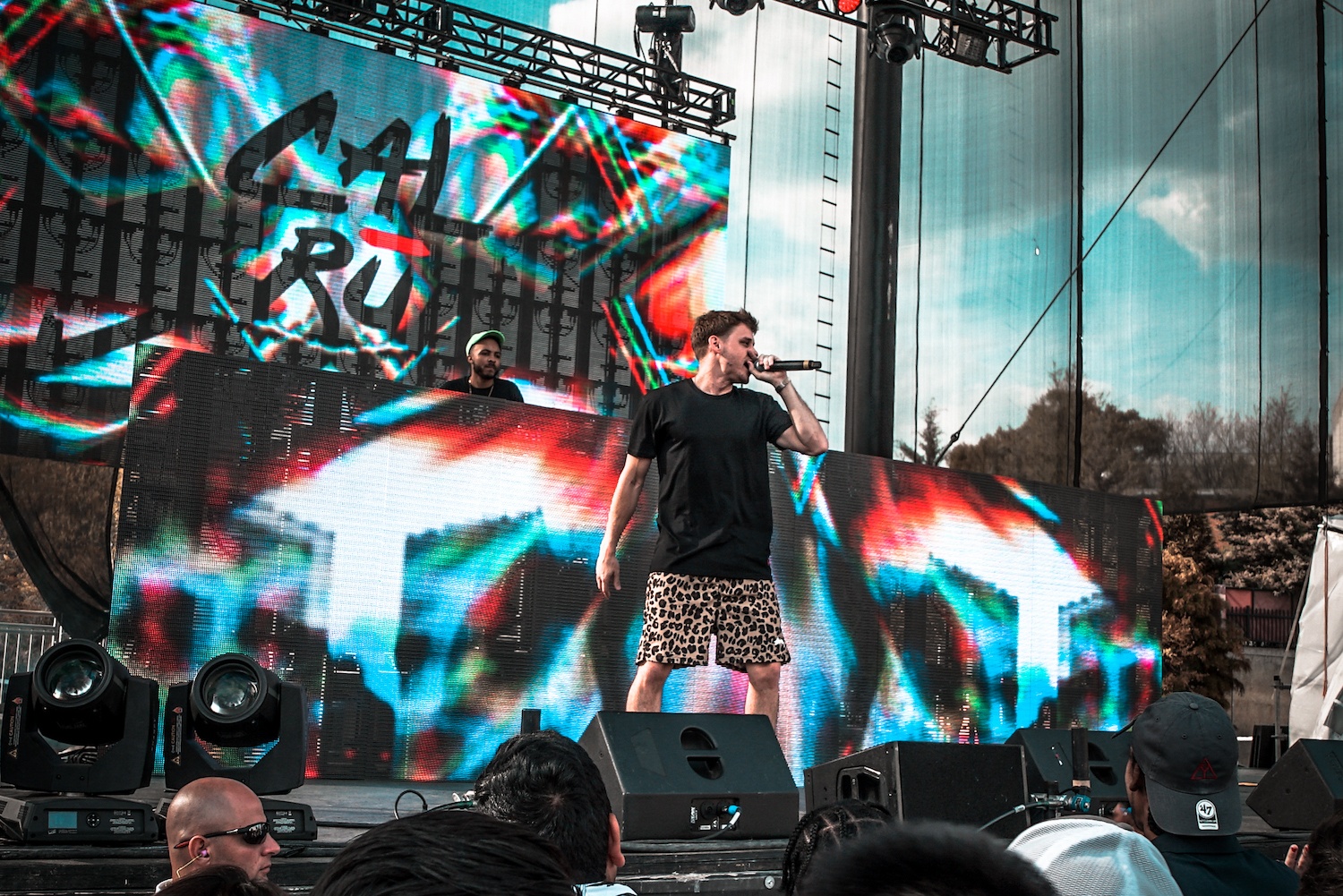 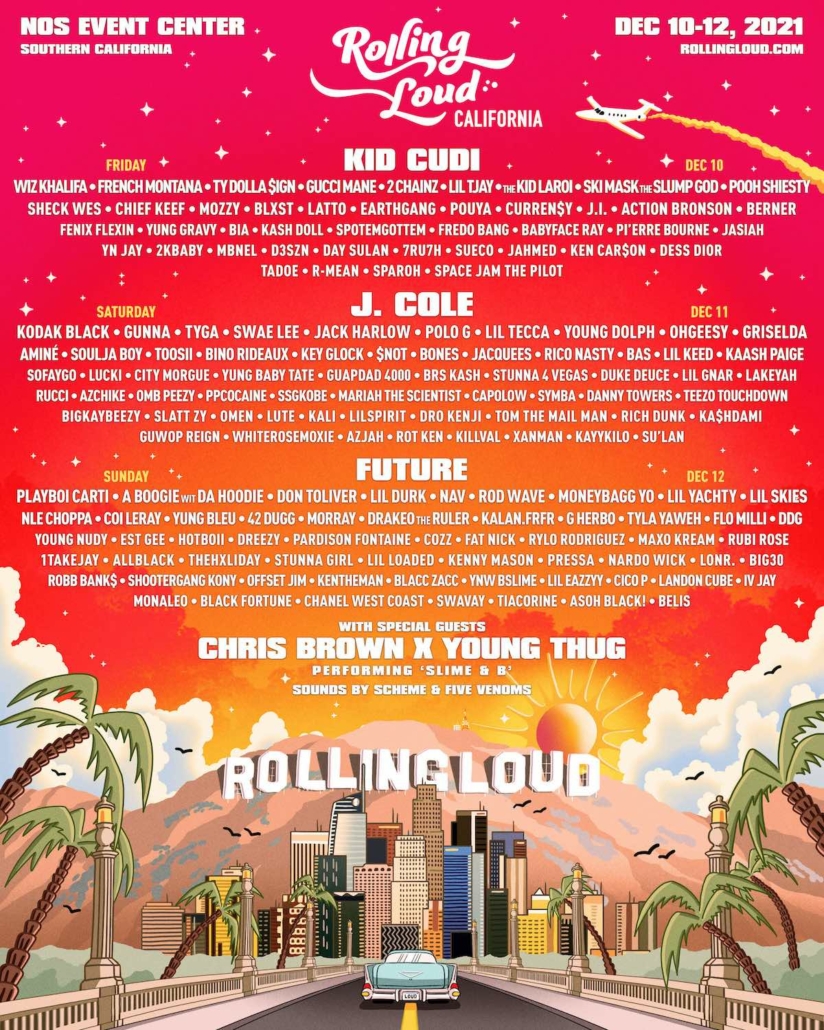 “Rolling Loud Festival is a 3-day music event that started in Miami, FL and is now the largest Hip-Hop festival in the world.  We now also hosts festivals in Northern California and Southern California, with plans to expand internationally to Japan, China and Europe in the near future.

While 2022 shows have not been announced yet, I’m sure they’ll be making a return to Miami and New York.

“Texas is the land of top-notch live music. Not only is it home to the Live Music Capital of the World, a.k.a. Austin, Texas, it’s the second largest state in the U.S., so there’s plenty of room for musicians.

JMBLYA helps solidify that title for Austin and tells the tale of music in the Lone Star state. Hosted in both Austin and Dallas, JMBLYA boasts a bill full of the best hip-hop artists around.” 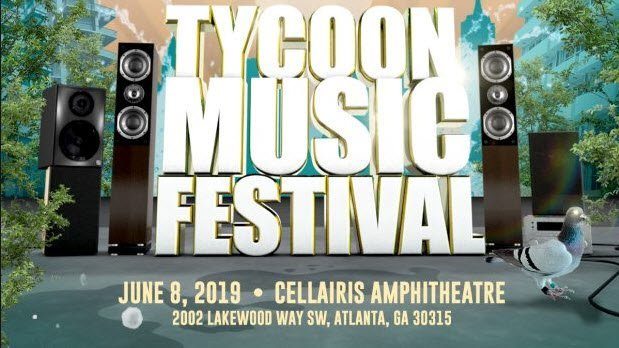 “The Tycoon Music Festival brings together some of the biggest names in Hip-Hop/R&B of today’s generation in Atlanta in June. Kendrick Lamar, Chris Brown, T.I., and Trey Songz are all set to grace the stage at Cellairis Amphitheatre at Lakewood.

There’s no telling what other surprises are in store. The festival is presented by V-103 Atlanta and Anthony Wilson, Chris Brown’s longtime manager. “We’re excited to launch this special festival and deliver an unforgettable, star-studded hip-hop concert to Atlanta,” said Anthony Wilson, TycoonMusic Festival host.” 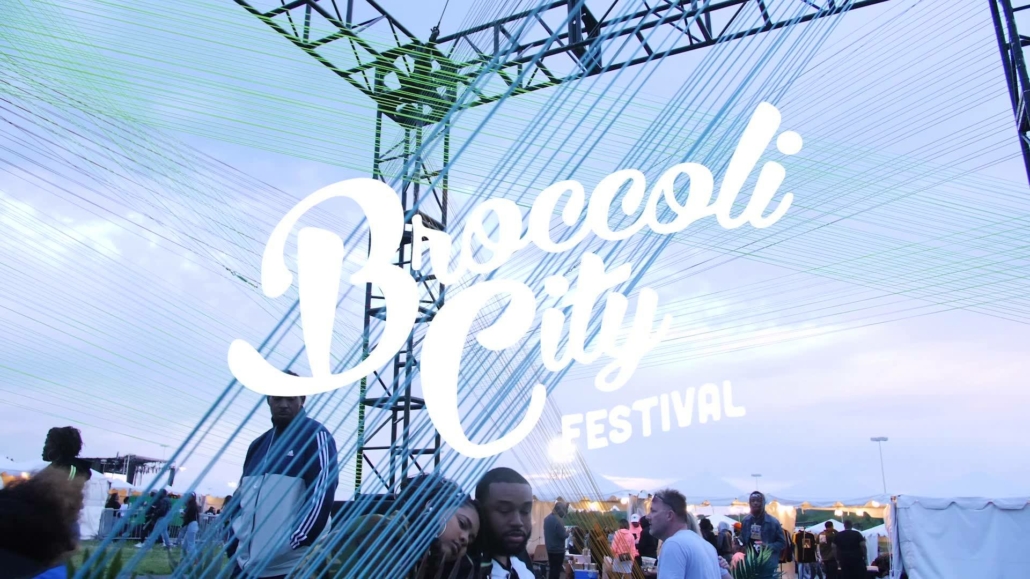 “Broccoli City is redefining cool by mobilizing & educating urban millennials on how to create a better world. Through our programs we are creating pathways to higher standards of sustainable living, environmental education, economic opportunity, and access to high quality food and shelter.

“Hailed by Blavity as “vibrantly contributing not just to the city’s culture, but political voice — without picking sides” our signature event– Broccoli City Festival — has gathered more than 75,000 millennials for a celebration of music, art, food, culture and community service.

The 2018 festival sold out to a crowd of 35,000 across two stages and featured some of today’s most talented artists including Migos, Cardi B, Miguel, Nipsey Hussle, H.E.R, Daniel Caesar, Rich the Kid and more.” 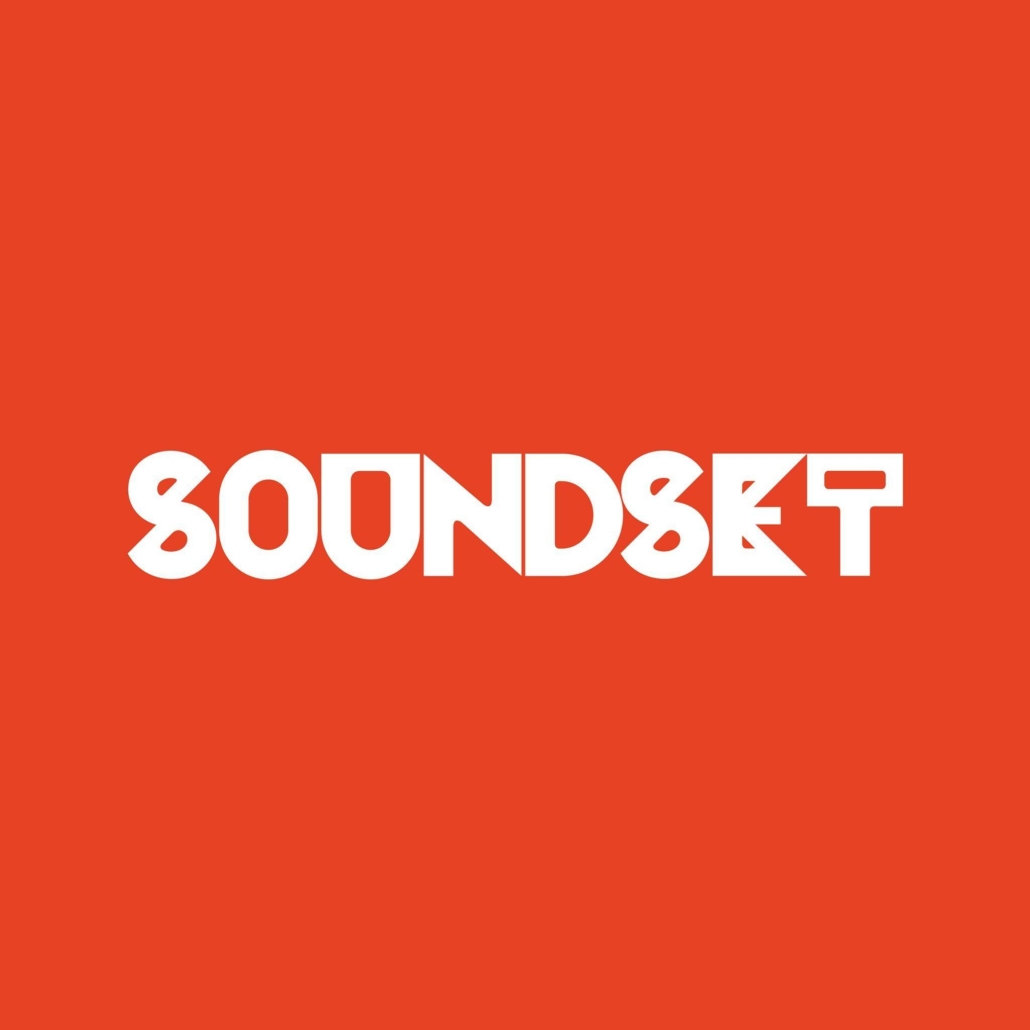 Over 280,000 all aged fans have traveled from fifty U.S states, Canada, Mexico, Puerto Rico, Costa Rica, Africa, Europe, Asia, South America, Australia and New Zealand to experience Soundset in Minnesota. Rhymesayers’ artists are the foundation of Soundset, with Atmosphere performing every year since the beginning. Since 2008, Soundset has had over 400 different-non repeat performers.”

While no official announcement has been made for 2022, I’d expect a big return from Soundset festival!

6) Something in the Water Festival 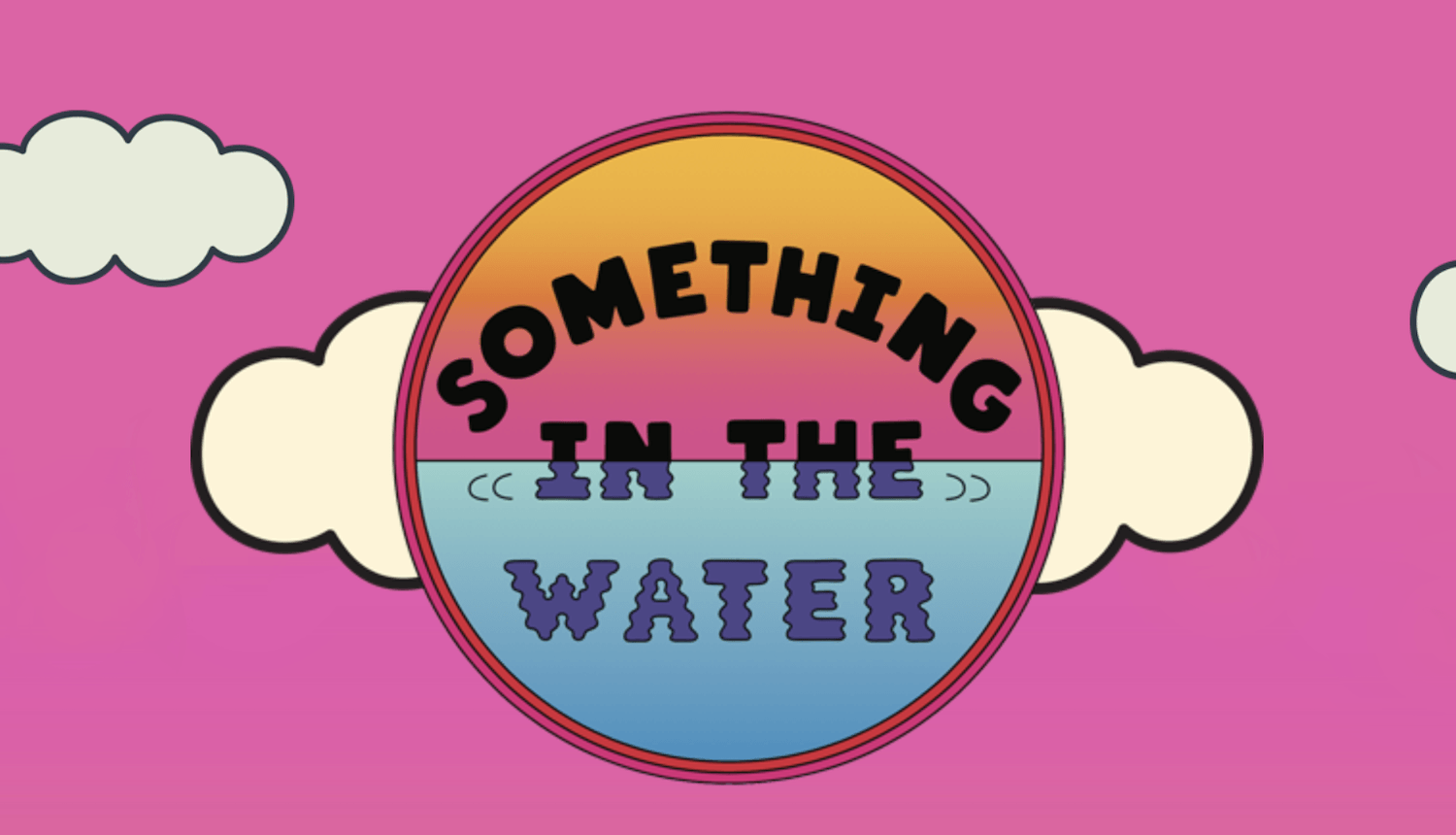 “Something in the Water is a new multi-day music festival and cultural experience put on by Pharrell Williams in his hometown of Virginia Beach, Virginia. The inaugural edition took place April 26th-28th, 2019.

Something in the Water’s mission is to unite the community and celebrate the diversity and magic of Virginia Beach. It is an opportunity to bring the best of what Pharrell has encountered around the world back to his hometown. The weekend celebrates opportunity and the chance to empower everyone from the youth to the small business owners.”

SOMETHING IN THE WATER 2019 RECAP 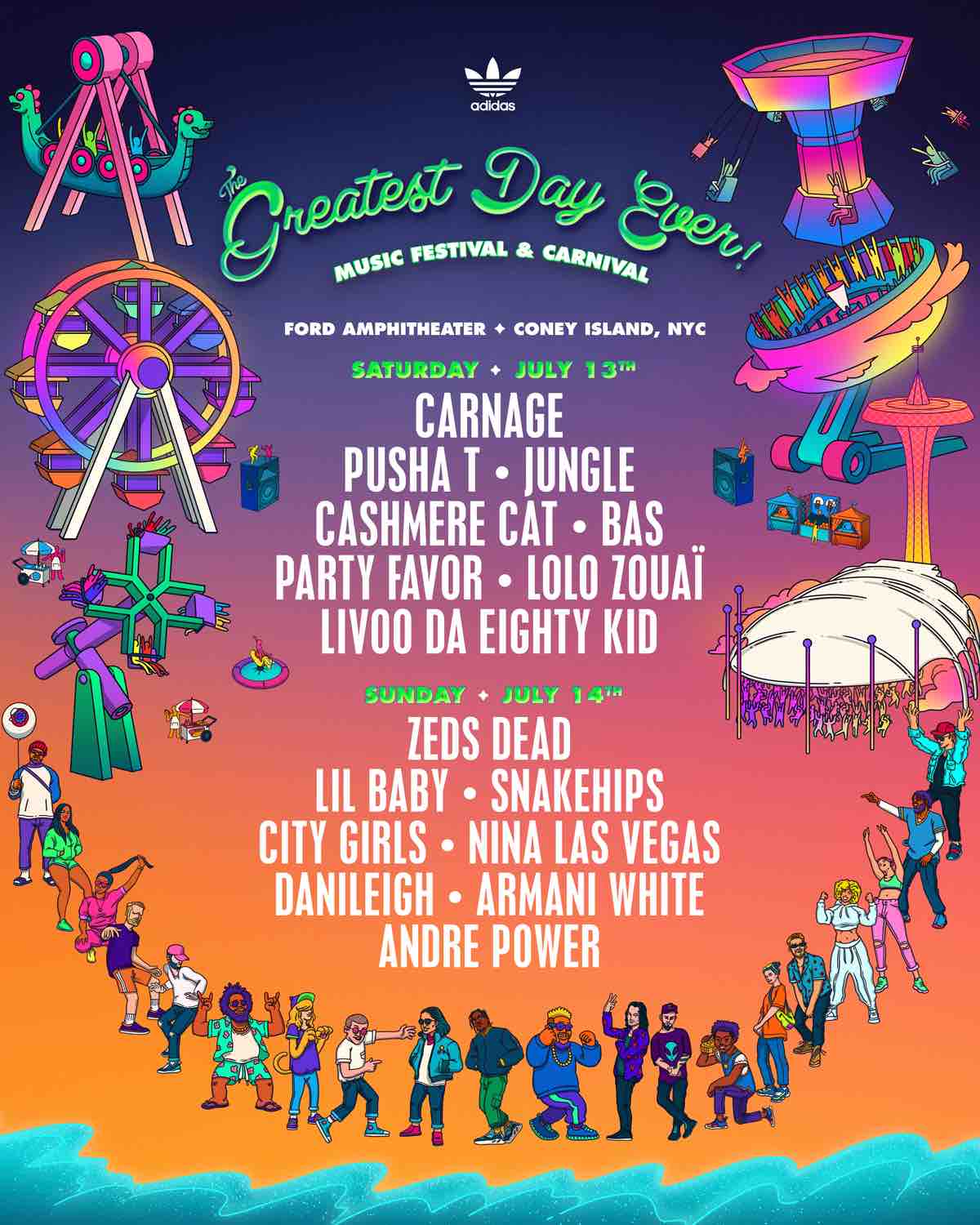 The two-day festival has also announced a new location, moving from The Bronx to Coney Island, New York.”

While no official statement has been made for a 2022 edition, I’d bet this genre-bending festival will make a massive return in 2022!

The Greatest Day Ever! 2018 Official After Movie 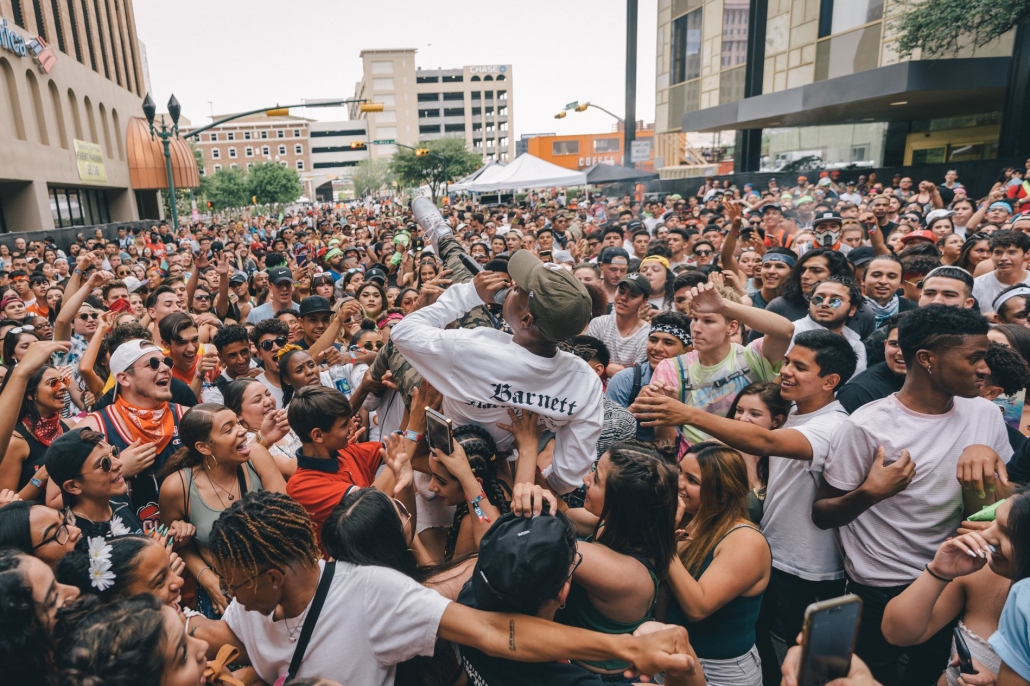 “Neon Desert Music Festival is a multi-day music festival held each year on Memorial Day weekend in El Paso, Texas. From the festival’s inception in 2009, Neon Desert Music Festival has continuously strived to be a yearly music event for El Paso by El Pasoans, while providing the local artistic community with an outlet to showcase their talents alongside national and international headliners.

Featuring multiple outdoor stages, local and regional artist displays, and a diverse music lineup with acts from across the globe, Neon Desert Music Festival continues to be the Southwest’s premier music festival every Memorial Day weekend.”

9) Head In The Clouds Festival 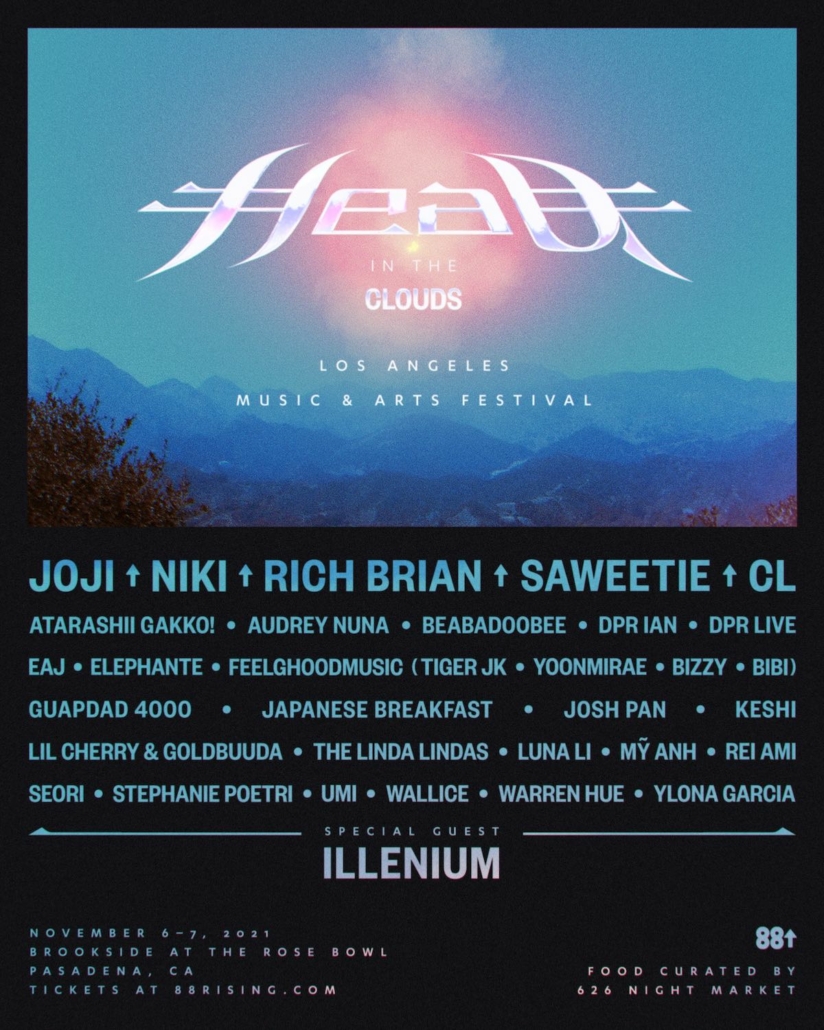 “88rising’s Head In The Clouds Music & Arts Festival made a massive return in 2021 in L.A The single day event will feature performances from the 88rising roster, as well as some of the biggest music acts from around the world.

Praised by Billboard as “The Asian Hip-Hop Festival You Need To Know,” the inaugural Head In The Clouds Festival made a groundbreaking impact in September 2019 as the first Asian-centric music festival to launch in the United States. Returning for year two, the festival will be a day long celebration of Asian youth culture and creativity, highlighting the best in music, food, art, and fashion from around the globe.” 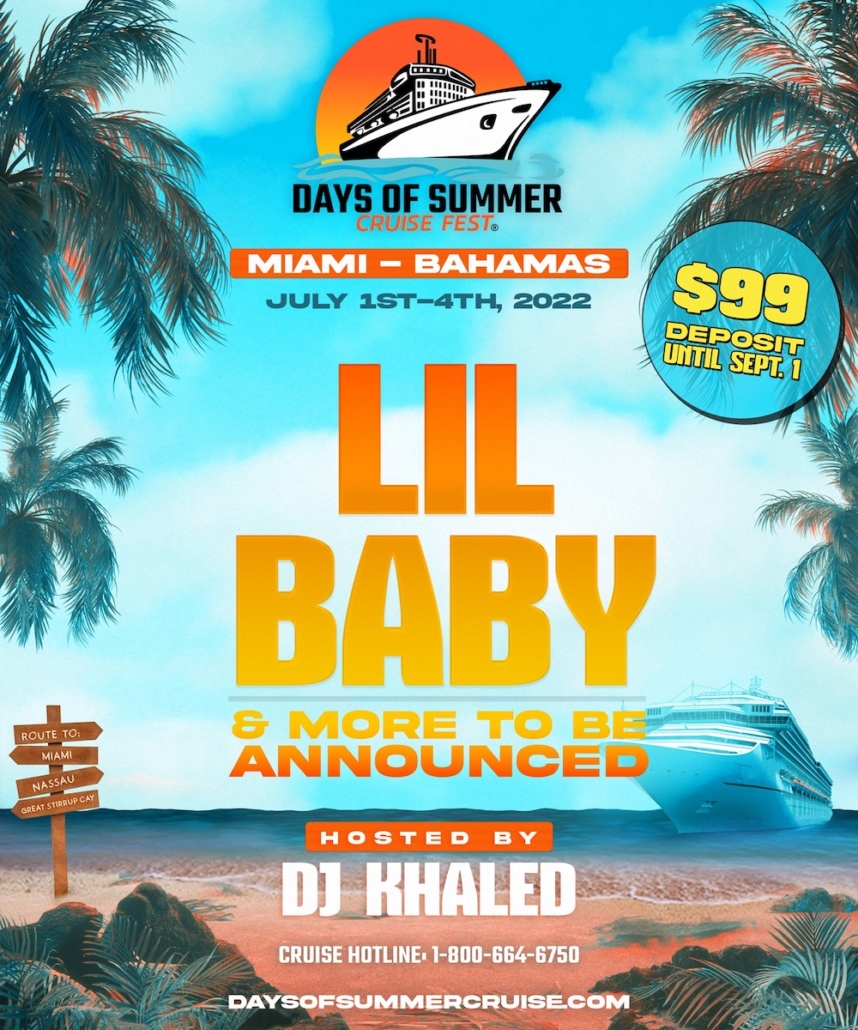 2022 they’re making a big return for a hip hop party at sea, with Da Baby & DJ Khaled, with many more to be announced! This is guaranteed to be a nautical adventure that rap and hip-hop fans will love! 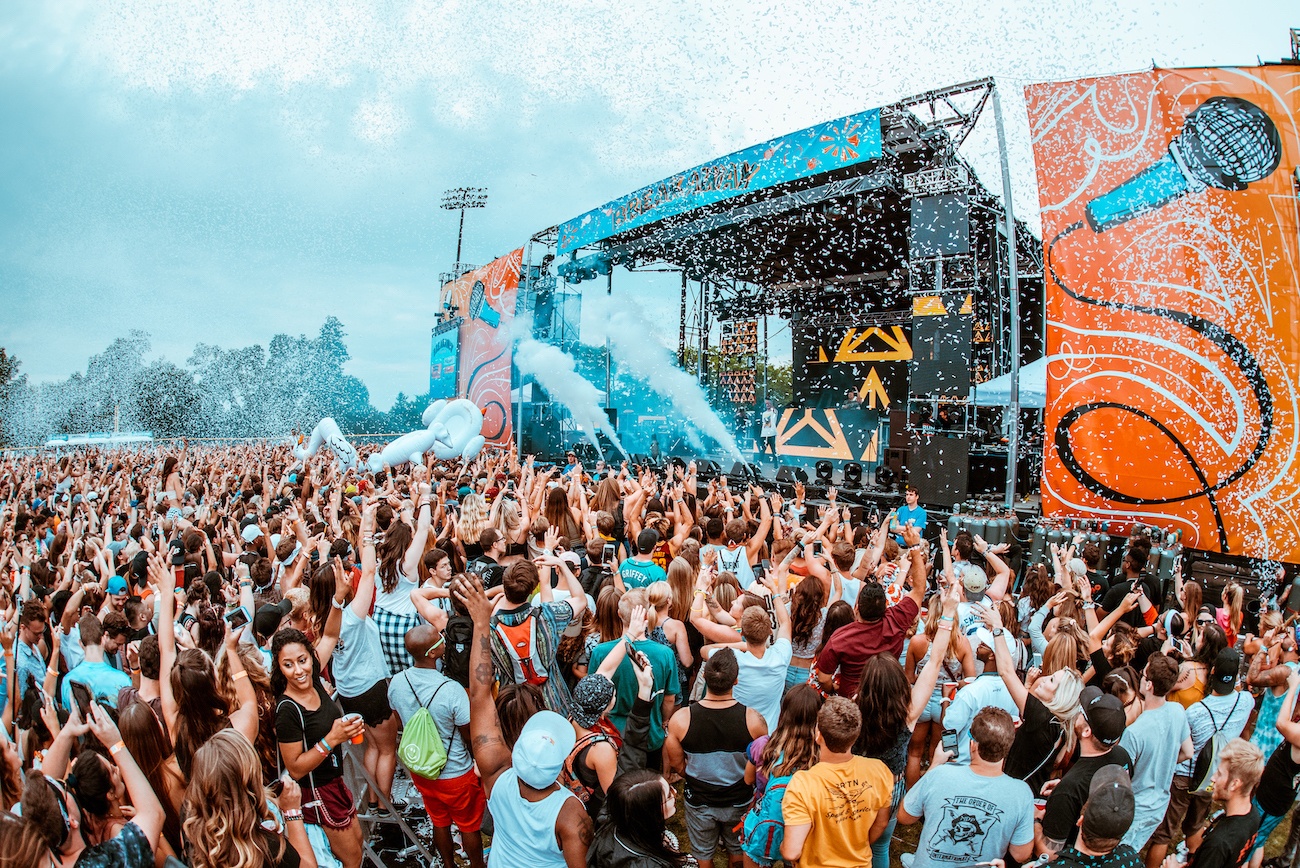 “Breakaway is the fastest growing multi-city music festival with events in the mid west including Ohio, Michigan, The Carolinas and Tennessee. While primarily a hip-hop festival, Breakaway also throws in some top electronic and pop acts for good measure. Previous lineups include Young Thug, Wiz Khalifa, Future, Travis Scott, and many more.

“If you are ready to breakaway from reality and enjoy a rad weekend filled with great music, then head down to Charlotte, North Carolina! The festival will take place in Uptown Charlotte at the Avidxchange Music Factory, enjoy an unlimited amount of live music, and get ready for a spectacular weekend filled with live performances from well known artists, and dank food. 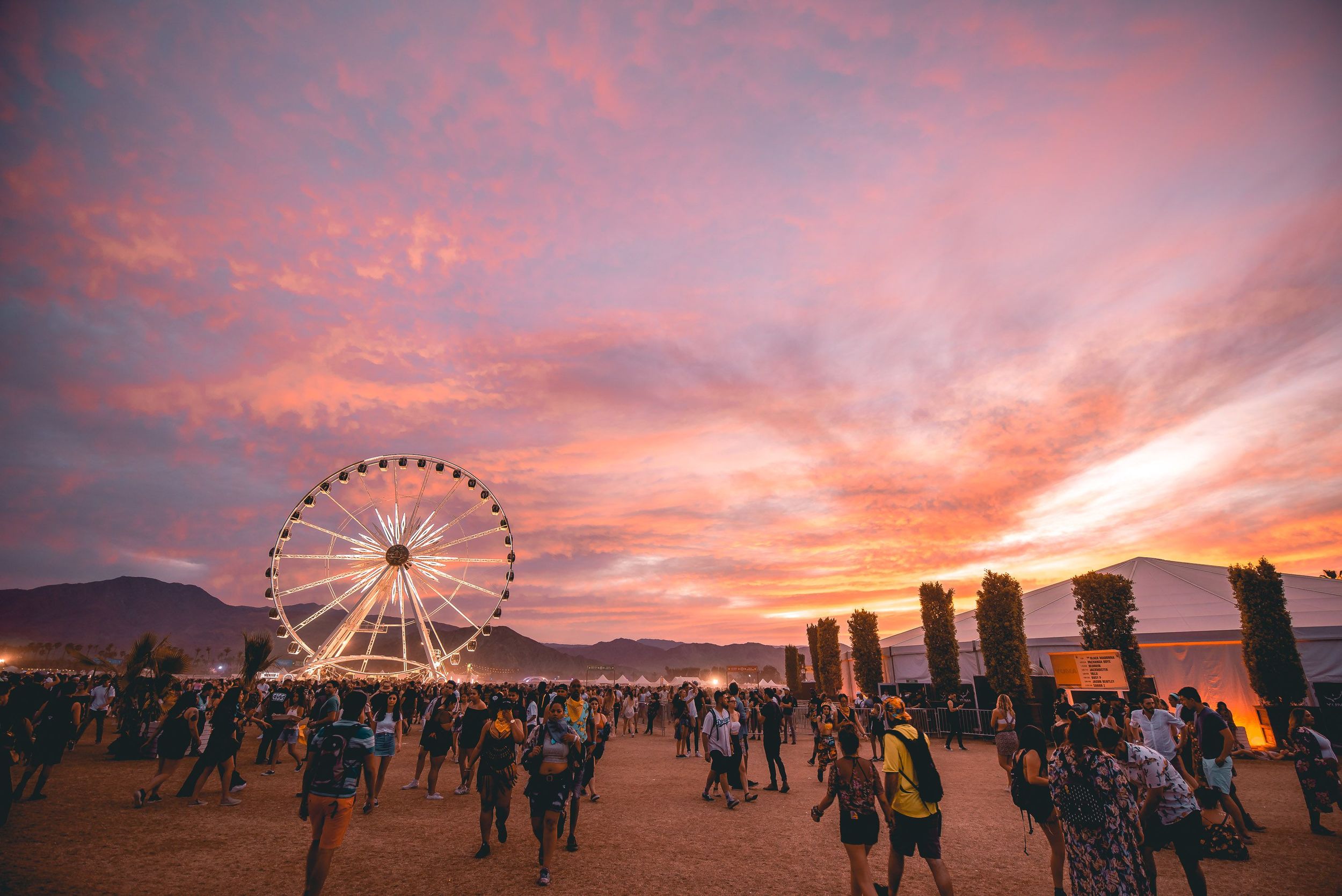 “Coachella is a massive zeitgeist-chasing music festival in Indio, California. The biggest musical celebration in the world, the festival has to be on any music fan’s bucket list. Annually curating a lineup of the biggest and most buzz-worthy artists across all popular genres, Coachella has hosted some of the most historic sets in festival history, with the likes of Beyoncé, Daft Punk, Prince, Radiohead, and Bob Dylan playing the main stage over its two decade-long history.

Taking place over two weekends in the middle of April, the opening of the festival gates acts as the official unofficial start to the festival season. While not a purely hip hop music festival, Coachella’s sheer number of top hip hop acts puts it on the list of the best in the USA.” 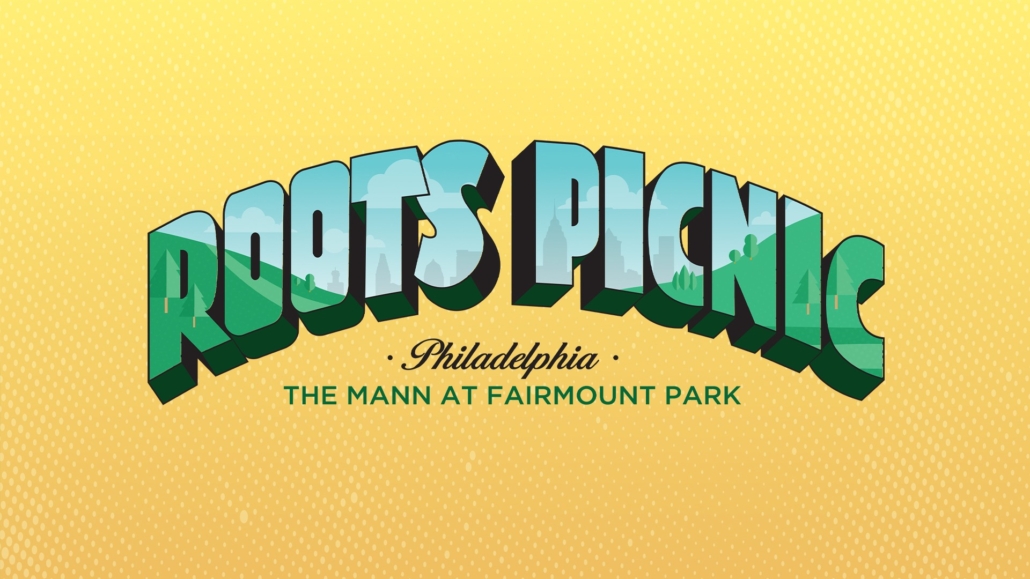 “Roots Picnic is a day of incredible hip-hop and R&B music festival in Philadelphia. Its recent lineups have included Lil Uzi Vert, Dirty Projectors, The Diplomats and more.

In addition to the Music Stage, Roots Picnic will also feature a Podcast Stage which plays host to live podcasts such as Drink Champs, On One with Angela Rye, Questlove Supreme and more. The Lifestyle Stage offers a MADDEN & NBA2K Tournament as well as a Fashion Panel, an Art Panel, Hustle Panel and an art market featuring local vendors called The mARkeT.”

While no official announcements have been made by the promoter Live Nation, I’d expect news to be announced soon for the return of Roots Picnic Festival 2022! 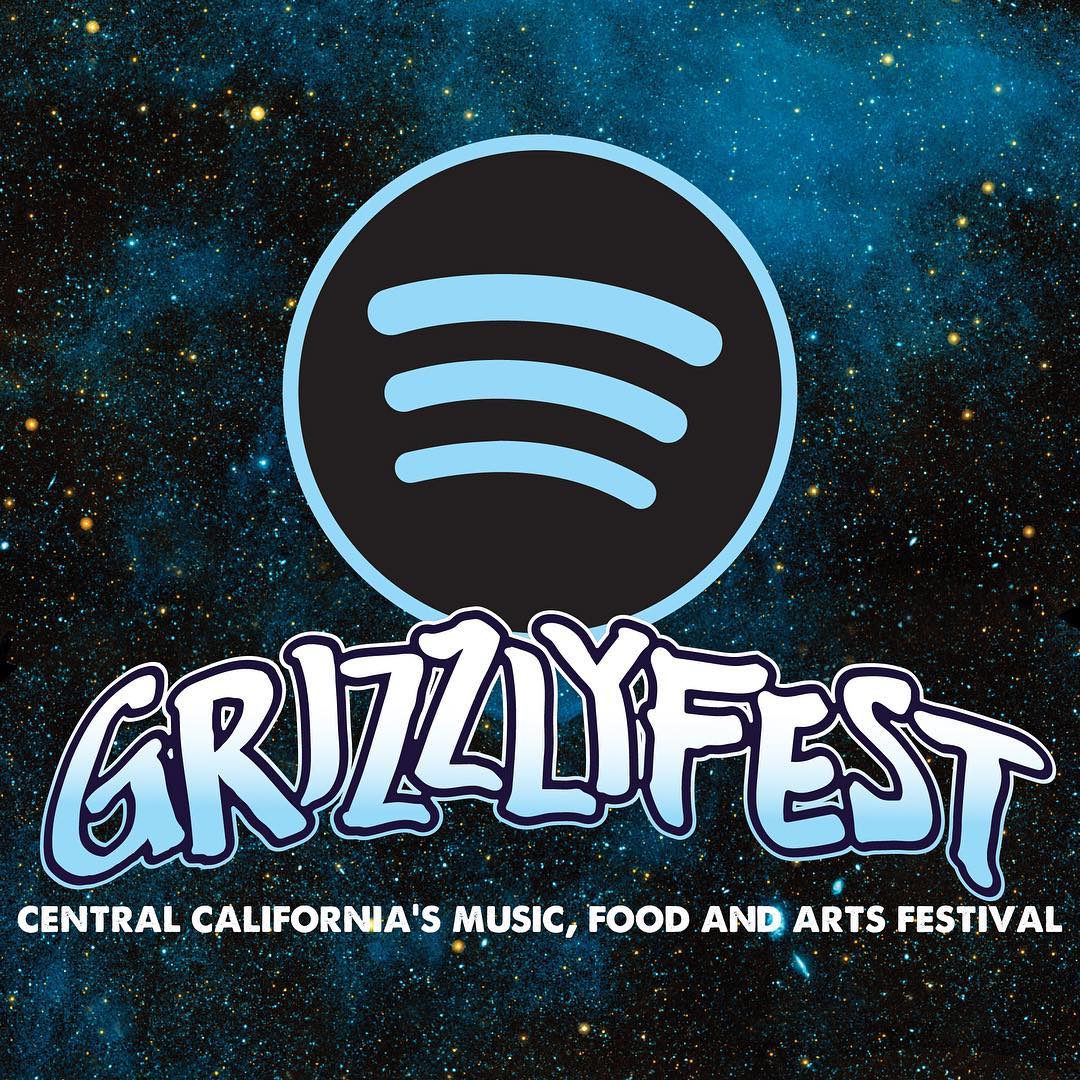 “Grizzly Fest is a hip-hop music festival in Fresno, California. A classic two day weekender, the festival marks the beginning of spring with an intimate and welcoming atmosphere. Curating a lineup that spans indie, hop hop, reggae, and beyond, Grizzly Fest offers a little something for everyone in a scenic location. Though music is the main event, the festival features art installations, activities such as arts and crafts, carnival rides, and culinary delights.” 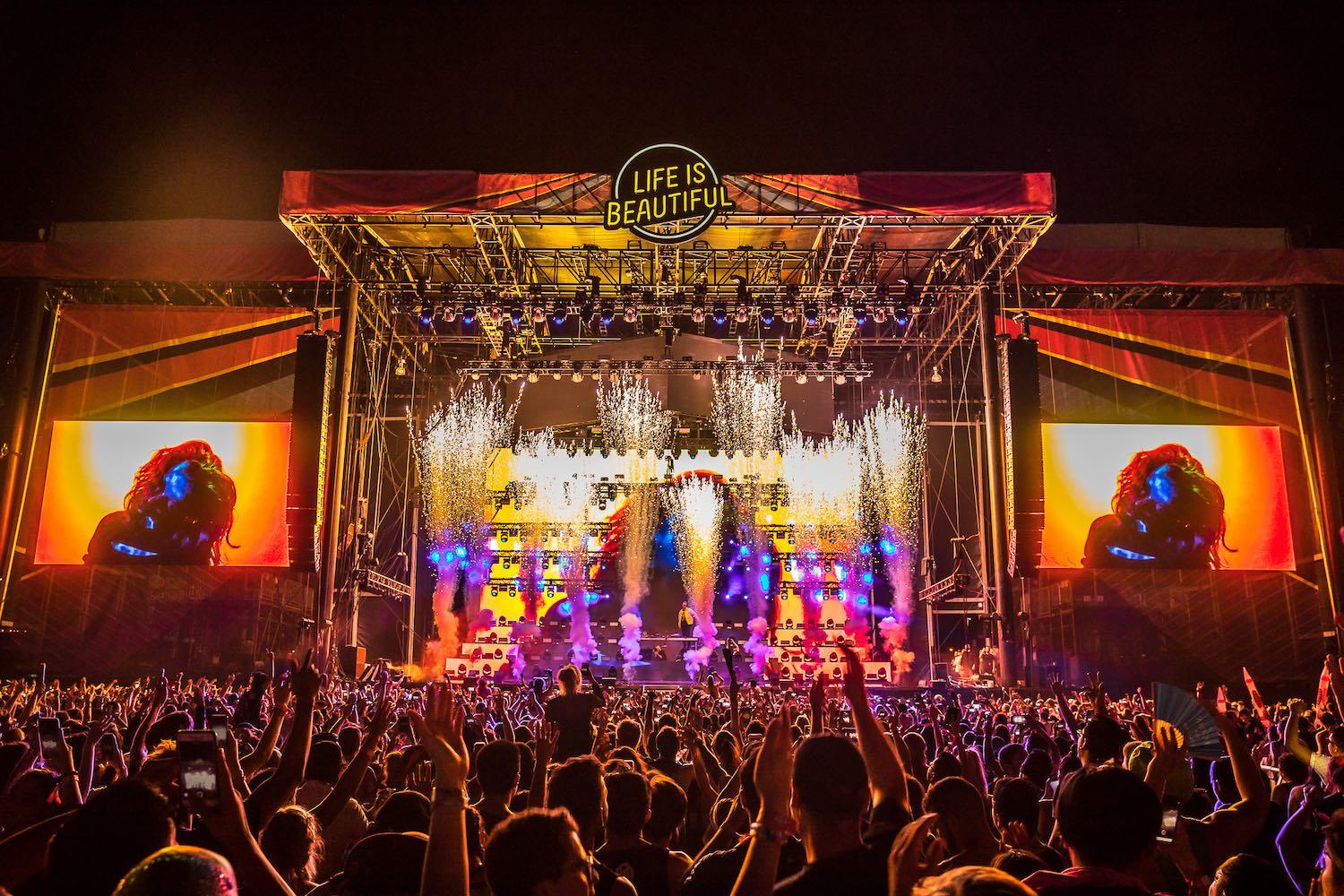 Courtesy of LIFE IS BEAUTIFUL Music and Art Festival

“Life is Beautiful Festival is a three-day, pop music festival in Las Vegas, USA. As its name suggests, Life is Beautiful is all about creating an enriching and life-affirming experience of music, art, comedy, workshops and cultural exchanges.

Taking over 18 blocks of downtown Las Vegas, the festivals draws in the worlds biggest names in the pop, hip hop and alternative spectrum! After a wildly successful return in 2021, Life Is Beautiful 2022 is guaranteed to be one of the best festivals for hip hop fans!

16) Made In America Festival 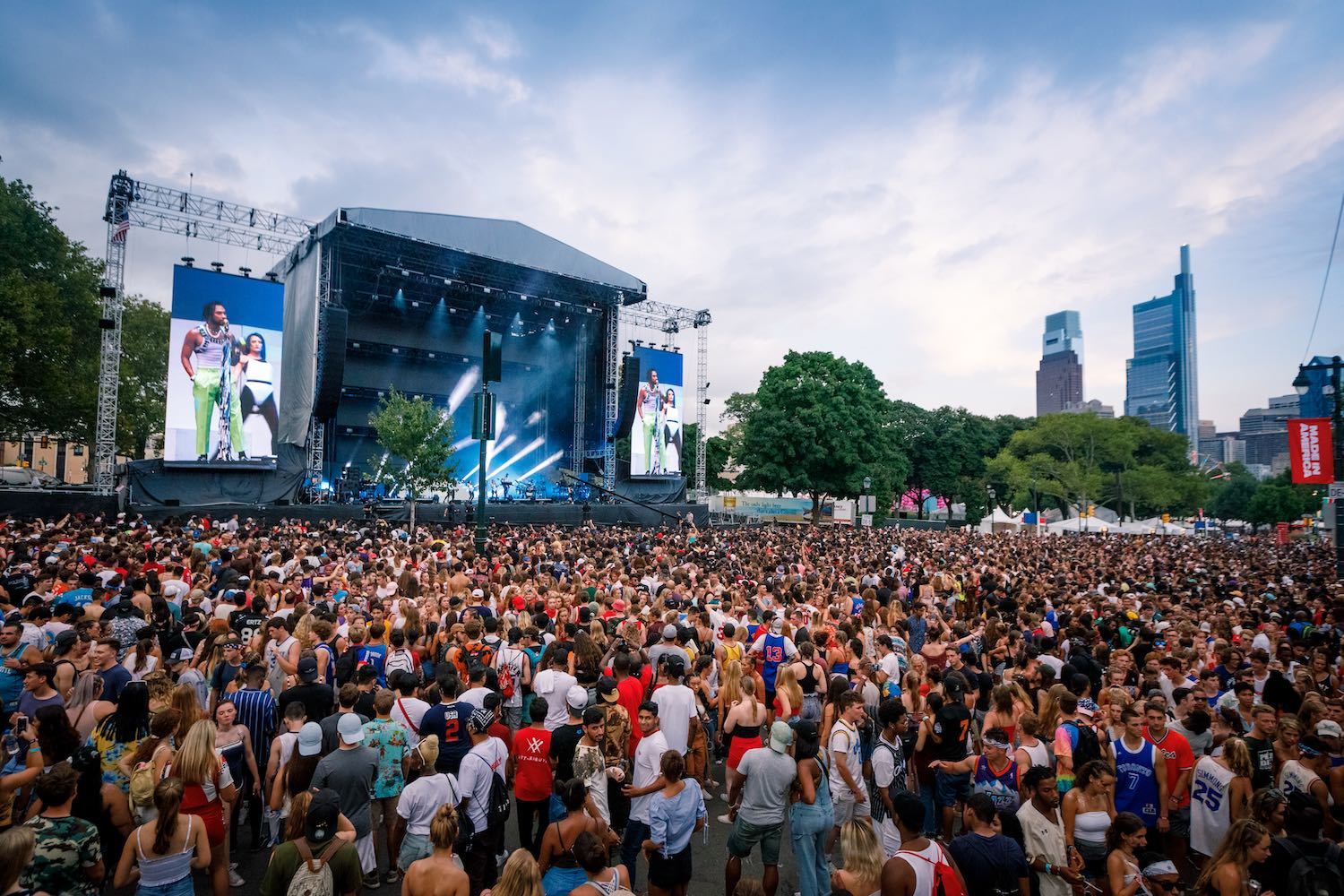 Every year, Jay-Z hand-picks a lineup of both established and up-and-coming musicians to perform throughout the weekend — and sometimes, you can even find Jay-Z singing along in the crowd.” 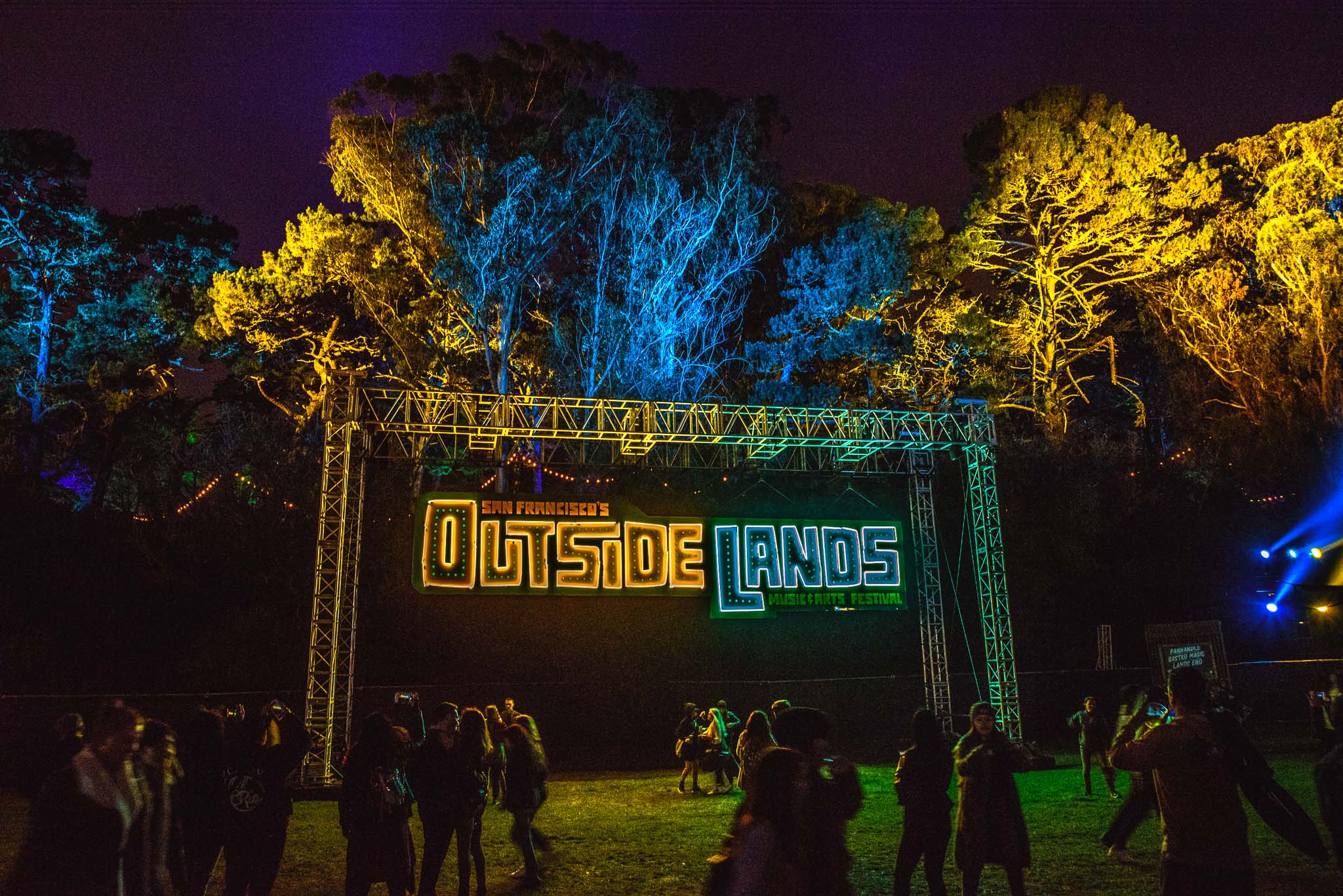 “A bike valet, wine tasting tent, and local organic food vendors are just a couple of signs that you’re in San Francisco at Outside Lands. The quirky and wonderful Golden Gate Park hosts a wide range of acts and has quickly grown into a highlight of the San Fran summer. Bring a hoodie with you. Just because it’s August doesn’t mean that the fog won’t join the party.”

I’ve personally attend two different Outside Lands editions, and it’s truly an incredible experience! While the festival is not strictly hip hop, the line-ups are always super diverse and I know rap fans will find plenty of acts they’ll want to see! Plus – San Francisco as a city is always worth a visit! 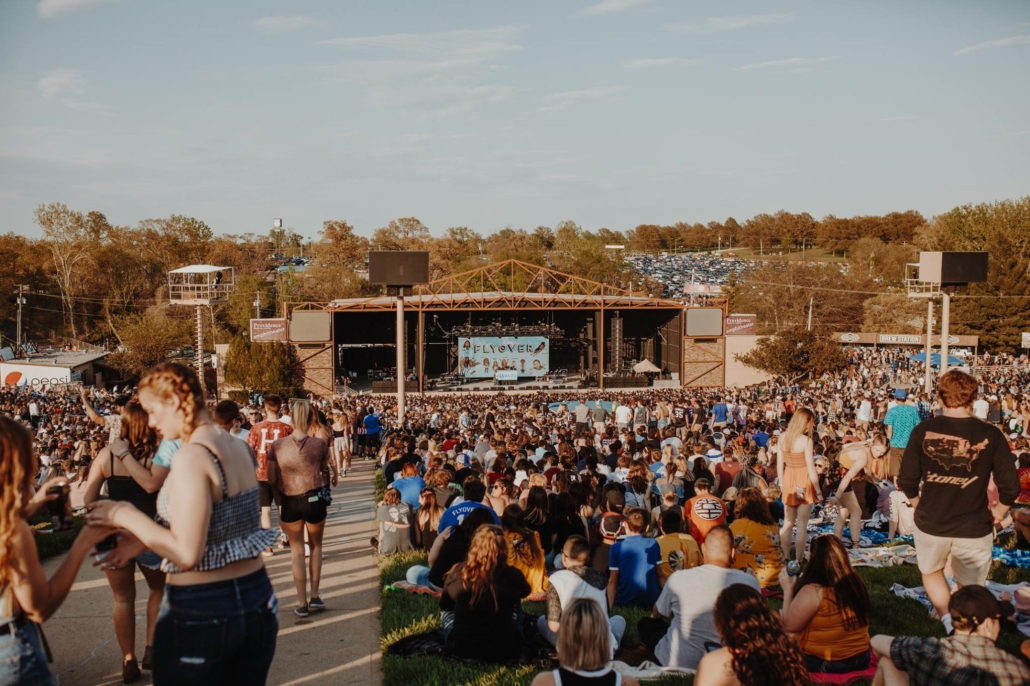 In addition to musical performances, the Festival offers a number of activities for its audience, including: panel discussions, exhibitions, parties, an award show and a family-friendly block party. The Festival is more than a concert or outdoor fair. It is a family reunion for lovers of this great culture.”

Am I Missing Any Epic Hip Hop Festivals in the U.S.A?

There really are so many incredible festivals around the country with world-famous hip-hop stars! If you think I need to add any specific hip-hop/rap festivals to my list, please let me know! 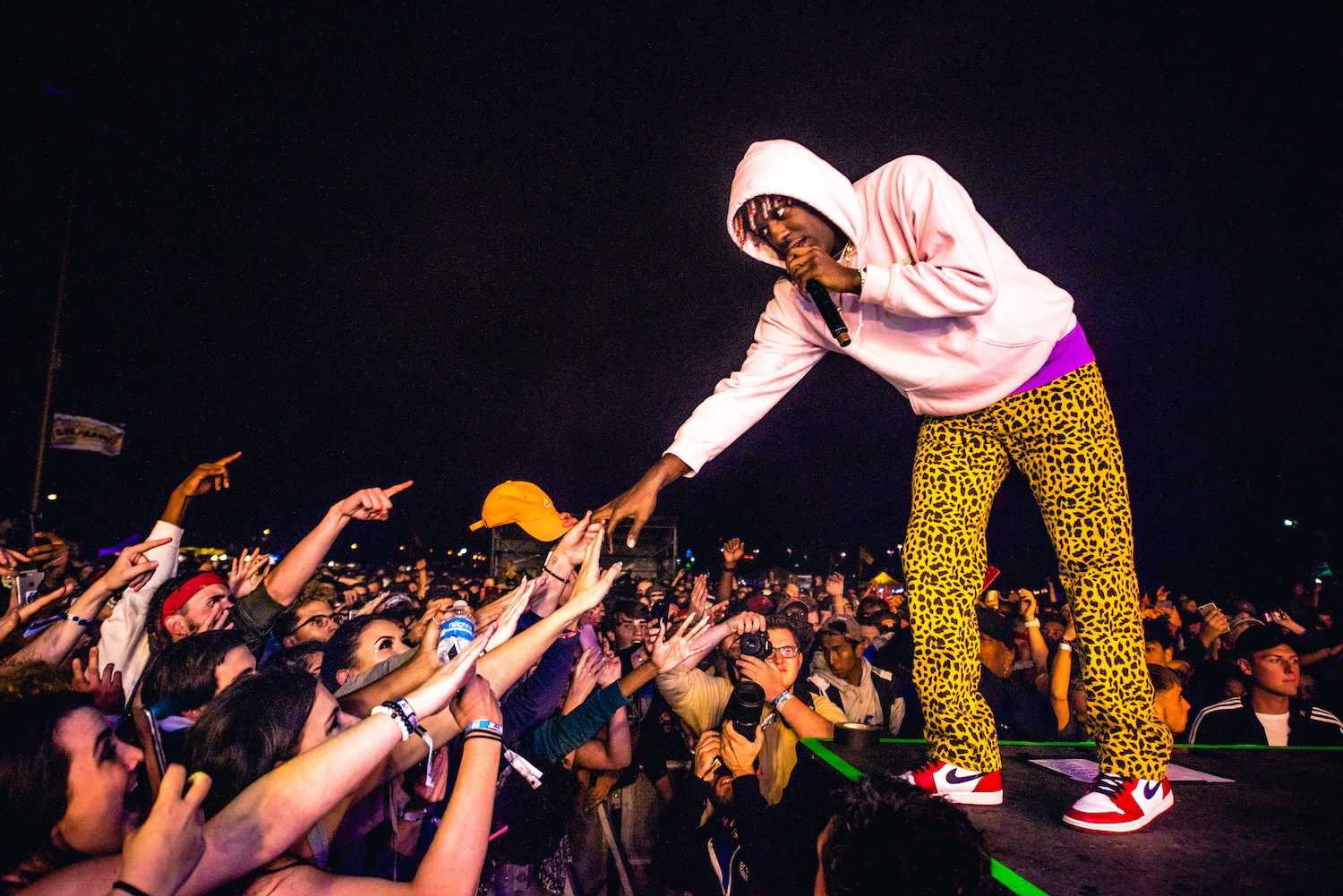 My travel blog is filled with articles that discuss the best parties, events, and music festivals all over the world! Check out a few of these articles below and start planning your next big adventure! There are tons of after movies to check out, awesome line-ups, and much more! 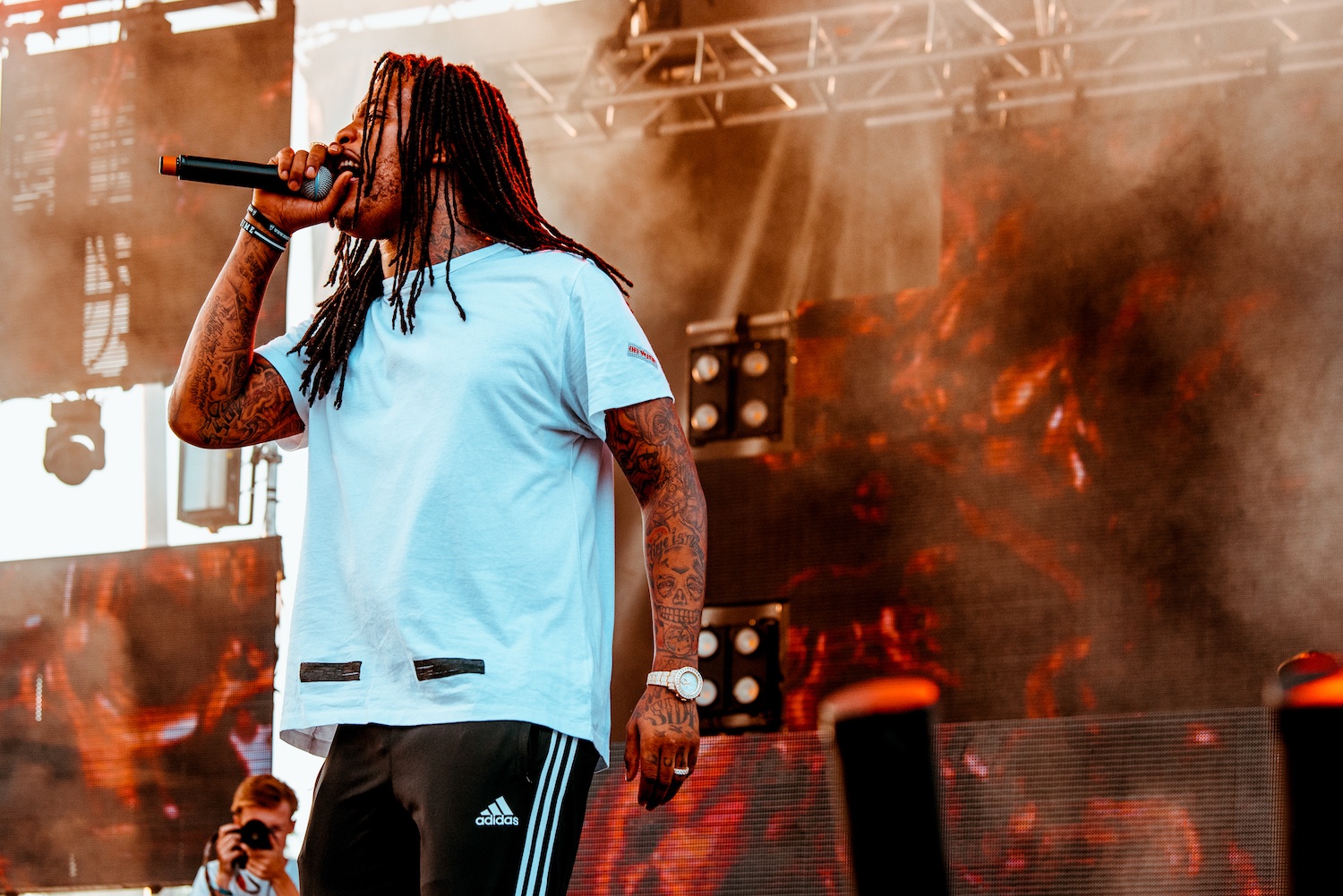 Thanks for reading about these Hip Hop Festivals!!

Share the Hip Hop love with your festival squad!