I’m originally from Southern-California, but have made long-term travel into a lifestyle.  I’ve lived in 6 different countries, love learning new languages, and have a strange obsession with hummus.  You’ll most likely find me on a tropical beach, at a music festival, or anywhere else I can get a cold beer. I’m also a travel photographer, so you’ll rarely find me without my camera. I’m just a normal guy who’s on a mission to explore the world, live abroad, and make every day count. 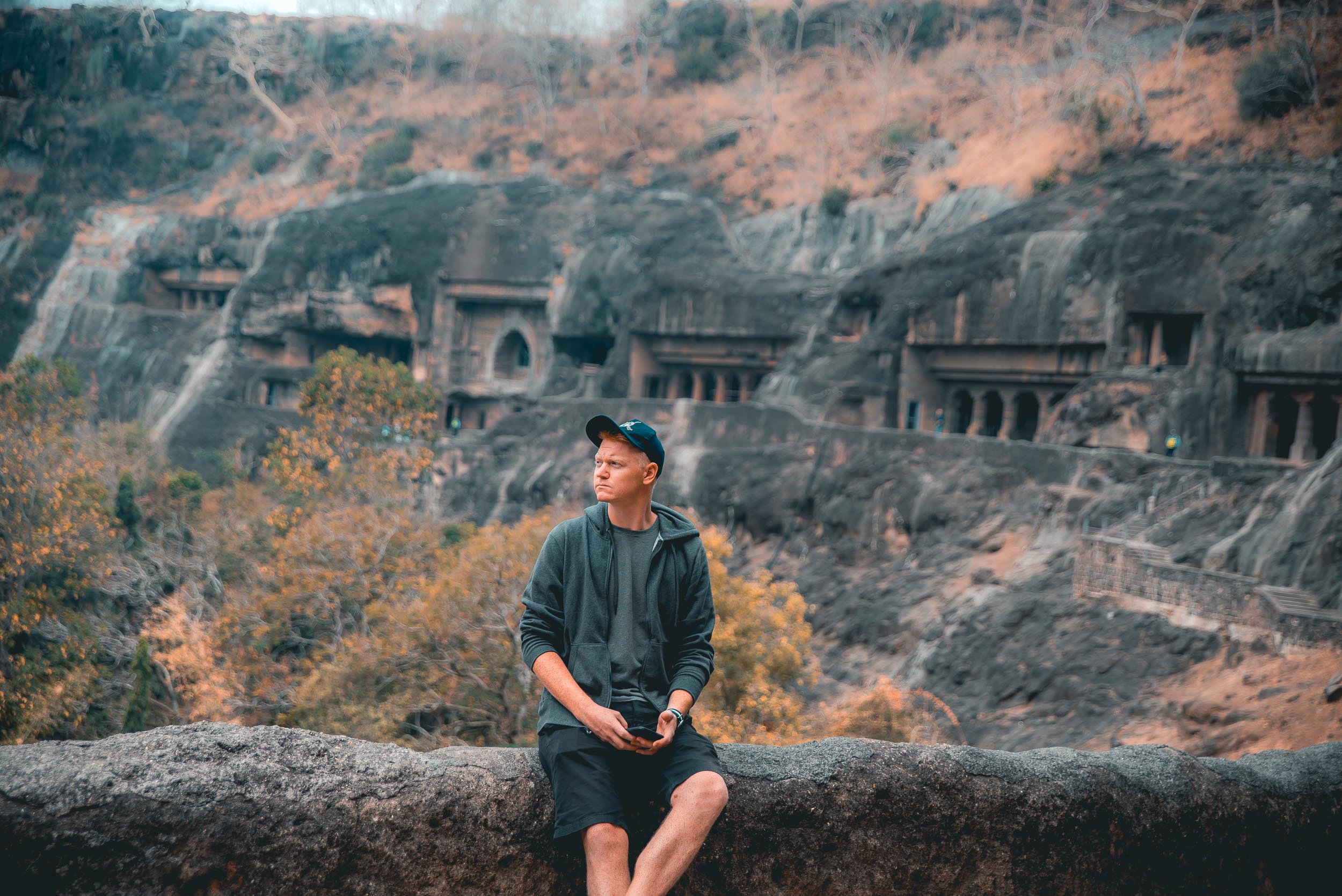 After my first 7-week trip to Europe back in 2009, I knew that traveling was something I was strongly passionate about.  So in the Spring of 2010, I decided to spend a semester abroad in the beautiful city of Rome, and that decision forever changed my life.

Upon graduating with my Bachelor’s degree,  I managed to land an international travel guide position for a small company based in Florence, Italy.

Every weekend I was leading different trips to some of the most popular destinations in Europe. 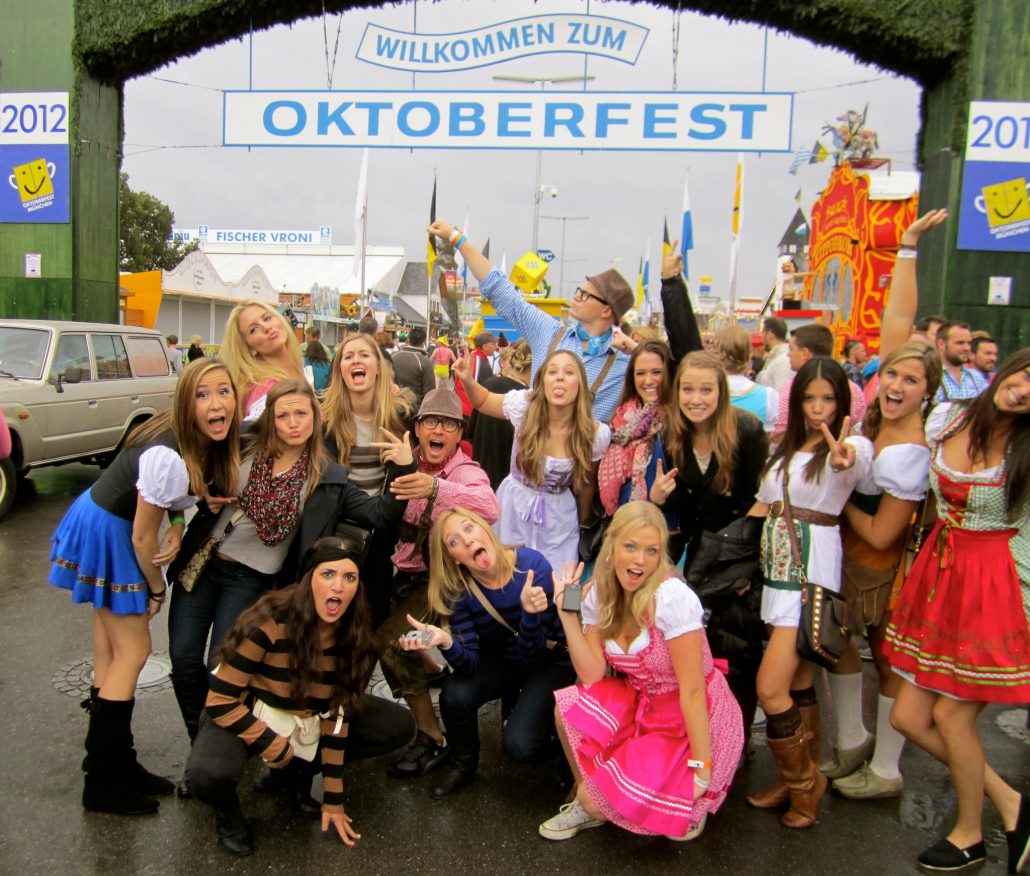 I’ve been paid to attend Oktoberfest in Germany, Toga Parties in Greece, and the Cannes Film Festival in The French Riviera.  I’ve organized and guided walking tours and nightlife excursions in top cities like Prague, Barcelona, Paris, Amsterdam, and Berlin.  I’ve taken hundreds of people snowboarding in the Swiss Alps, booze cruising in the Amalfi Coast, and to the infamous Spa Parties in Budapest.

Every weekend I was given the opportunity to meet new people from around the world, and show them as much fun as humanly possible.  These were two of the craziest years of my life, and I was truly “living the dream”.

If anyone has a fun personality and wants to start living abroad, I’d definitely recommend applying to be  tour guide around Europe! 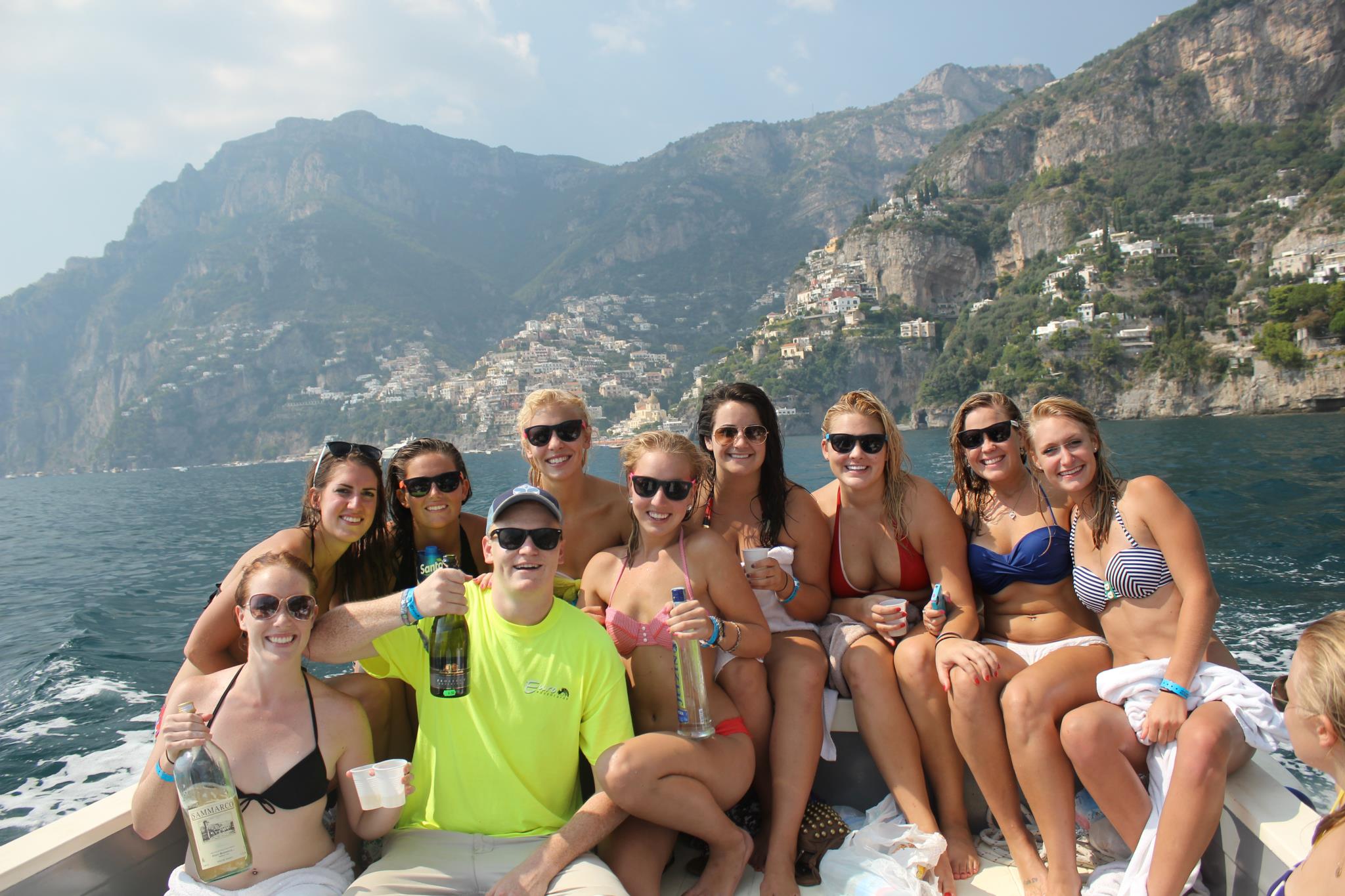 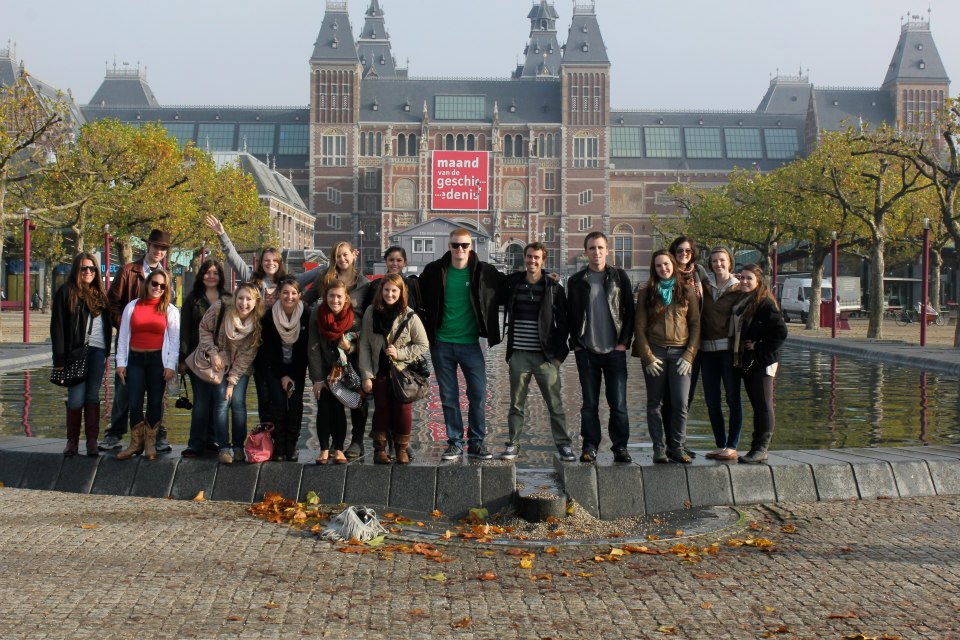 After living in Italy for two years, I decided to move to The Netherlands to begin my Master’s Degree studies.  I knew I wanted to continue my education abroad, and always has this strong urge to experience life in Holland.  It’s truly one of my favorite countries, and would definitely love to back again someday.

But after 4+ months of living in a small university city called “Leiden”, I packed up my bags and transferred to the online program.  Why…?

Well, you know the term Digital Nomad…?  I became a Digital Student…

I decided to complete the remainder of my Master’s Degree online while I simultaneously backpacked around South-East Asia.  While most people thought I was crazy to combine study and travel, I actually found it to be quite achievable with some hard-work, responsibility, and time management skills.

I immediately fell in love with the long-term backpacking culture, the budget travel options in South-East Asia, and treating the world as my classroom.  Traveling during your twenties is so important, and I’m so happy I figured out this was an option!

In March 2015, I finished my Master’s Degree while in backpacking in The Philippines!  I celebrated in style that night on a private island party in Palawan.  It was an experience I’ll never forget, and a monumental moment in my life! 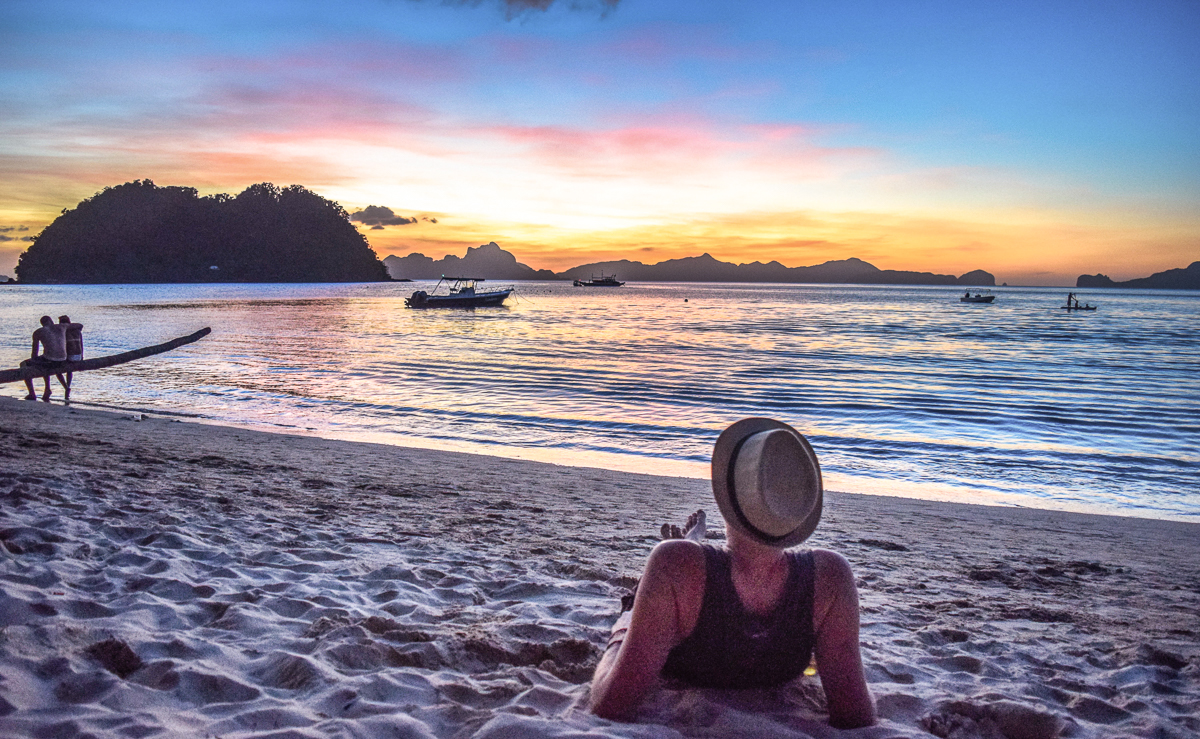 Moving to Sydney on a Working Holiday Visa

After over 18+ months backpacking around South-East Asia & Europe, I was completely broke and decided to move to Sydney to “live a normal life” for a bit!

I found myself a decent job, a great shared house to live in, and had an amazing crew to hang out with every weekend.  I was no longer a nomad.  Sydney became more than just another travel destination, it became my second home.

It was during this 9-month period in Sydney where Jones Around The World really started gaining some traction.  I was invited on my first press trip, started earning some money, re-designed the website, and learned a lot about the business side of blogging.

I really do miss living in Sydney, as Australia has become one of my favorite countries to travel around.  I’ve even become one an official “Qantas Explorer”, which is a super exciting aspect of my life right now!

I left Sydney in June 2016, and have returned to my nomadic traveling lifestyle.

That’s one of the most exciting aspects about becoming a full-time travel-blogger and photographer, is that I can work anywhere in the world.  I’m making a decent income online now through this website, and always have some exciting travel plans to look forward to!

While I do find myself back home in California from time to time, I’m just following my dreams of traveling the world, photographing music festivals, and making every day count.

“I DON’T KNOW WHERE I’M GOING FROM HERE, BUT I PROMISE IT WON’T BE BORING.” – DAVID BOWIE 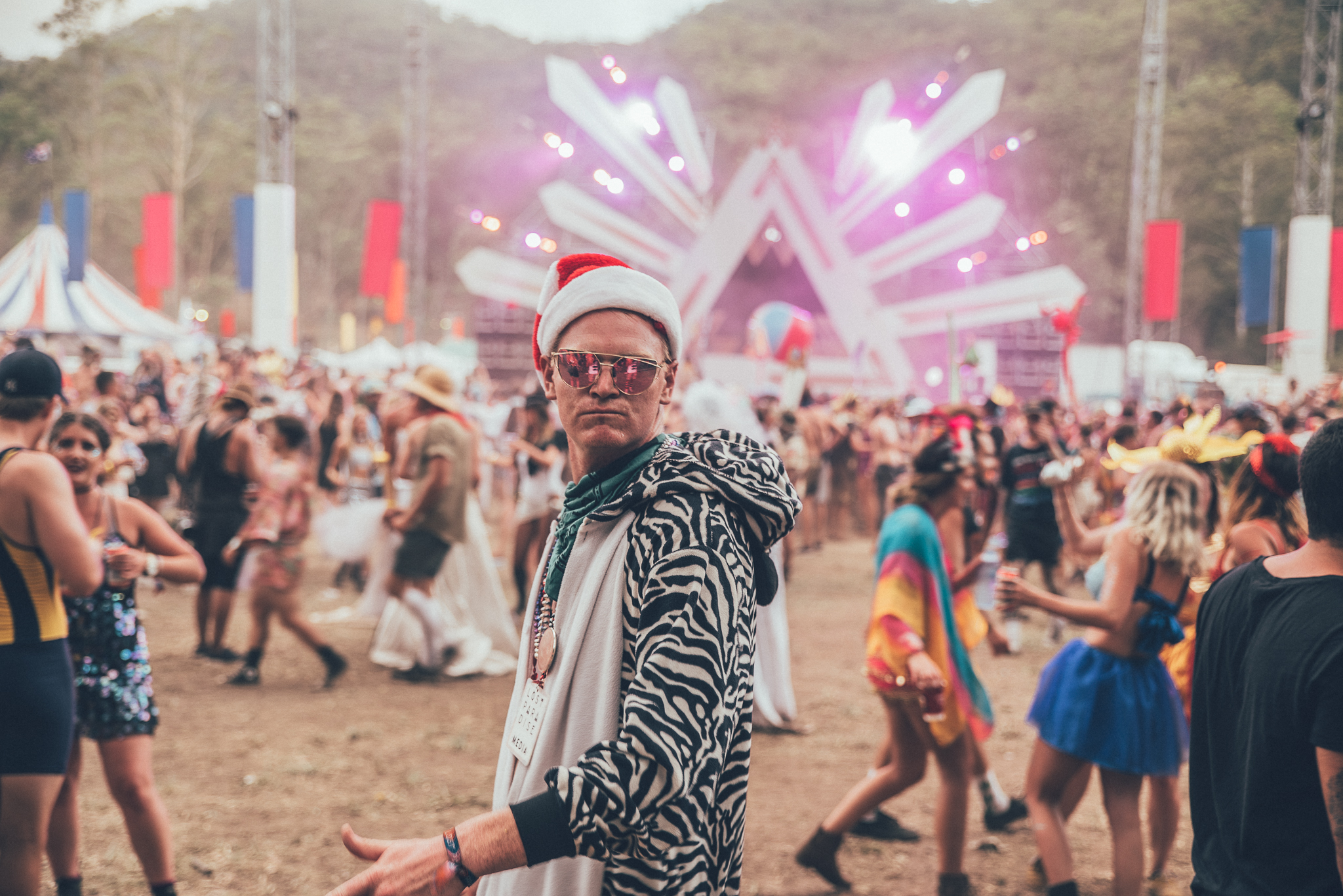