Looking for the best music festivals in Scotland in 2022!? Look no further, because I’m here to help!

You know what else Scotland has in spades? Music festivals. In fact, there’s so many Scottish music festivals spanning the country and its isles, I had to narrow down my shortlist that just kept wildly growing. Those Scots really know how to party, whether it’s to electronic, pop, rock, folk, jazz or – you guessed it – bagpipes.

These 15+ music festivals in Scotland will be sure to inspire your next wee trip to this bonnie nation. I’ll stop now…. 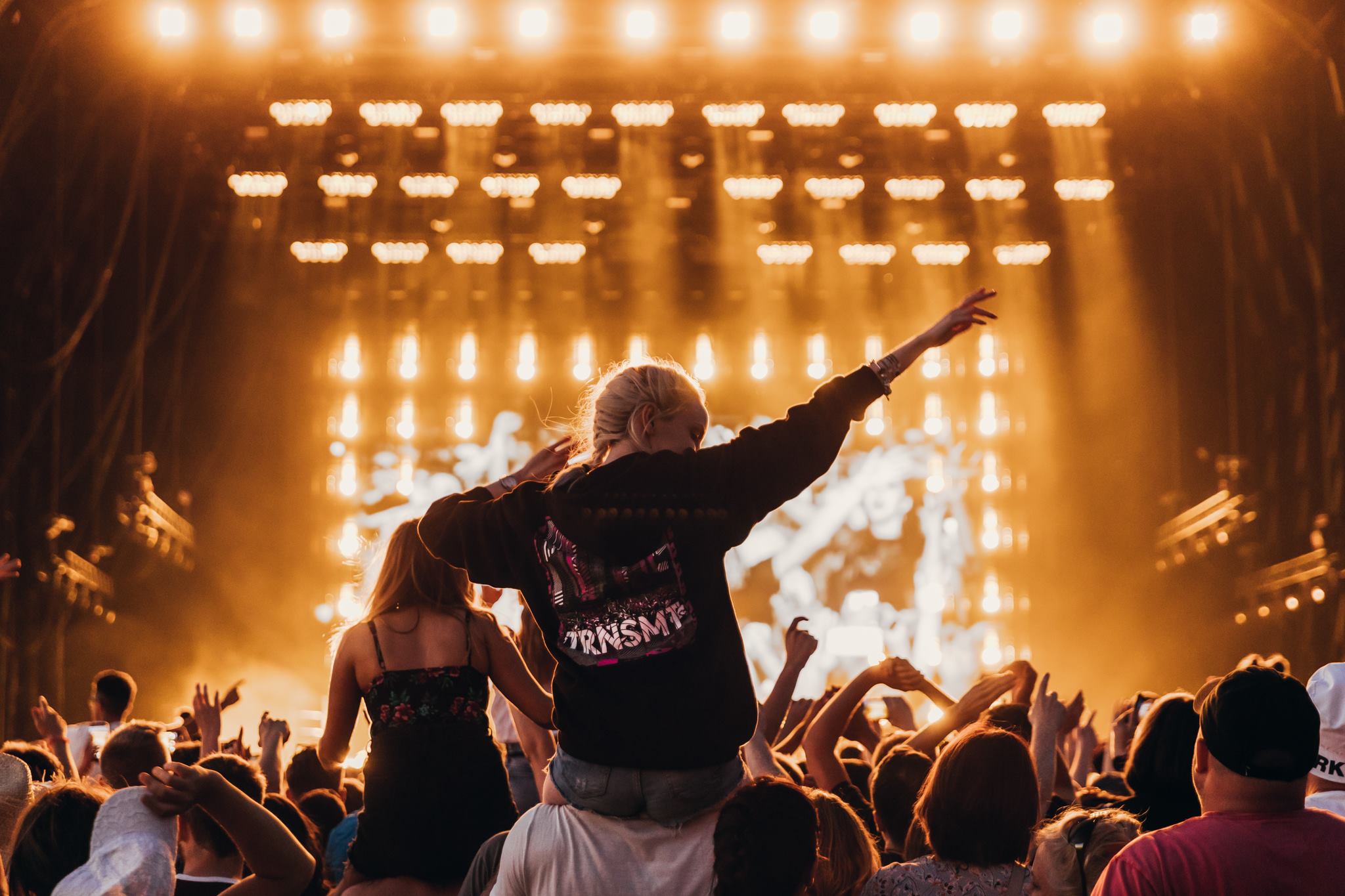 “TRNSMT is a Scottish rock and indie music festival on Glasgow Green, in the city’s east end. Started as a replacement for T in the Park, the city centre bash includes all the revelry of a traditional music festival, but also gives festival-goers the chance to explore the city’s bars, restaurants, nightclubs and cultural attractions.”

Bringing one of the biggest productions and most stacked lineups to the country, TRNSMT festival should not be missed! 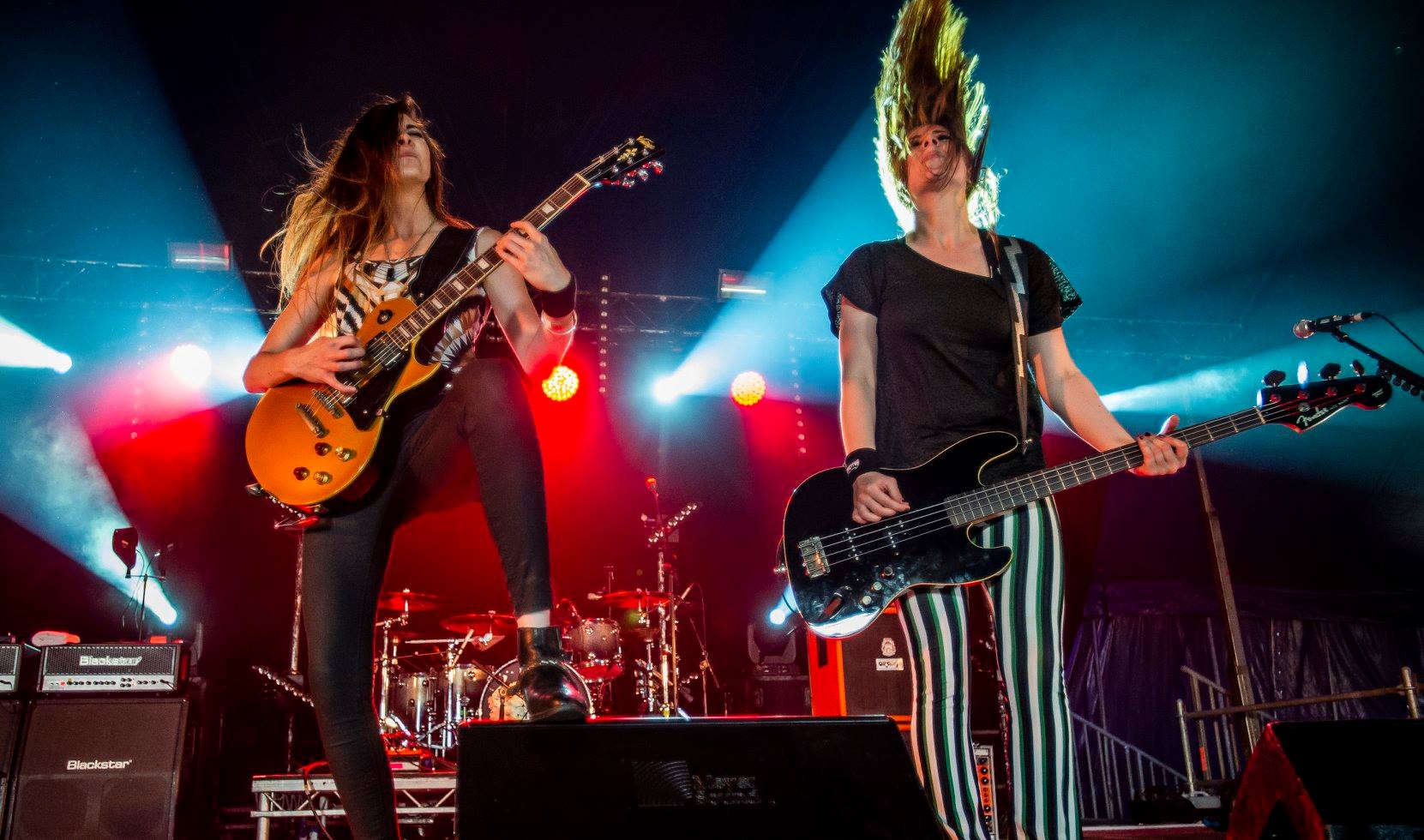 “Tiree Music Festival CIC is more than a music festival. It is a true island adventure to one of the most stunning festival locations in the world.

Think picture-perfect white sands. World-famous surf. Deserted roads lined with lush greenery and wild flowers. Not forgetting more sunshine than practically anywhere else in the UK. It’s little wonder that the tiny Hebridean island of Tiree is nicknamed the ‘Hawaii of the North’.” 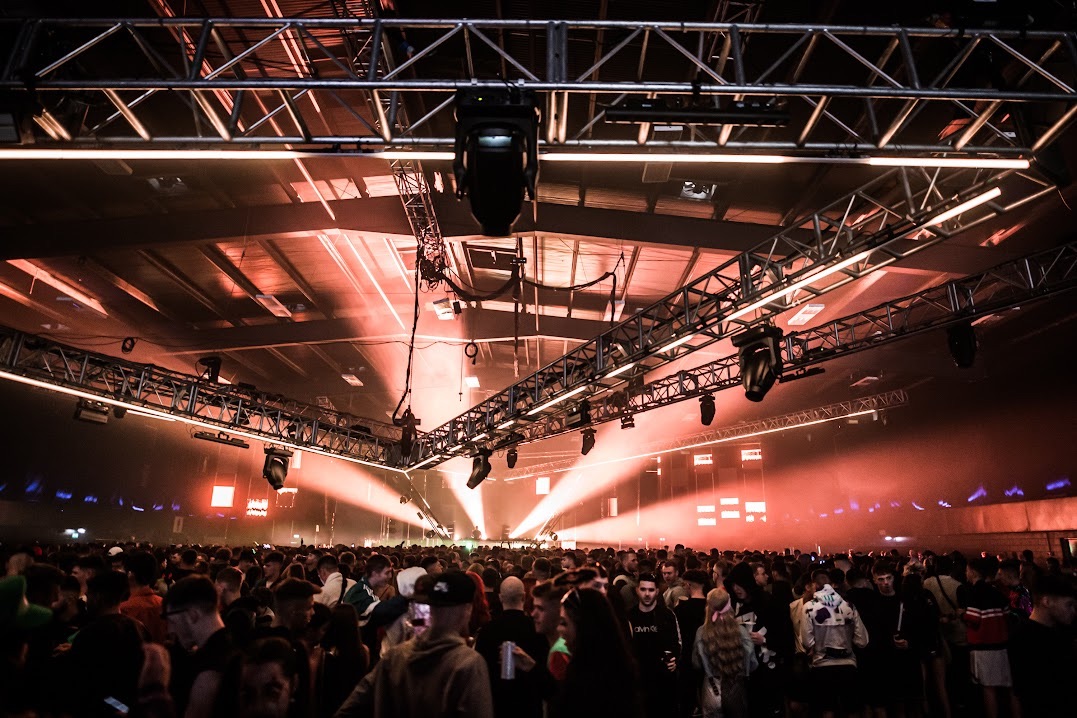 Where: The Royal Highland Centre, Edinburgh

One of Scotlands’ fastest growing dance music festivals, growing from 2,000 attendees to almost 40,000 in the space of five years has unveiled its stage splits and lineup for their Halloween edition!

Previously a one-day event, Terminal V now offers two full days of partying and incredible techno, which is an exciting and rewarding move for the thousands of music lovers who have lost out on 18+ months of festivals and nightlife.

The huge indoor event boasts more stages than ever before, with six arenas featuring over 80 of the biggest and most in-demand international acts from all corners of electronic music. 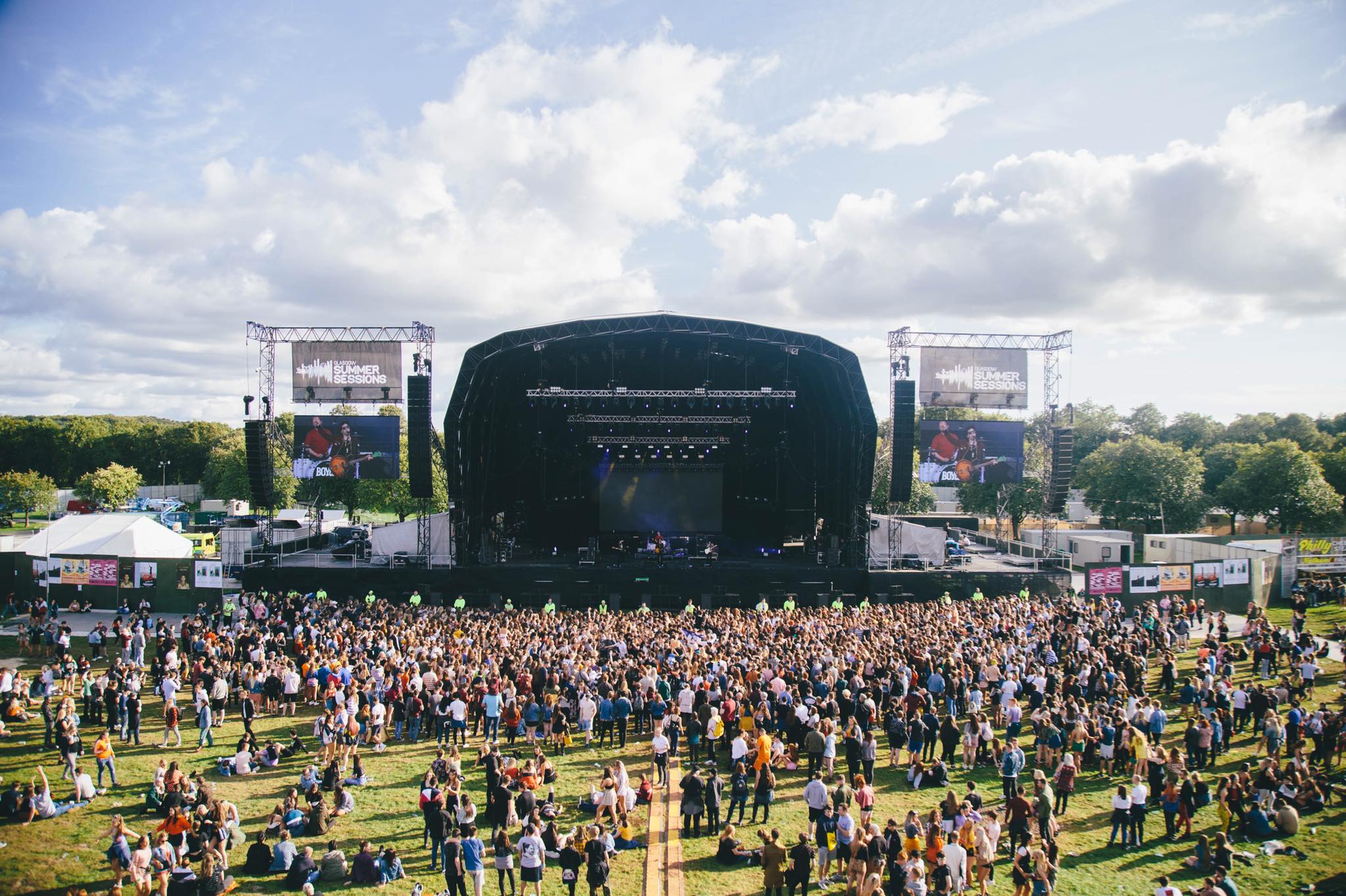 “Glasgow Summer Sessions is an outdoor summer concert series in the city’s Bellahouston Park, attracting around 100,000 people each year for its lineup of rock, indie, dance and hip-hop stars.

After a successful year back in 2021, keep an eye out for announcements for their upcoming 2022 season! 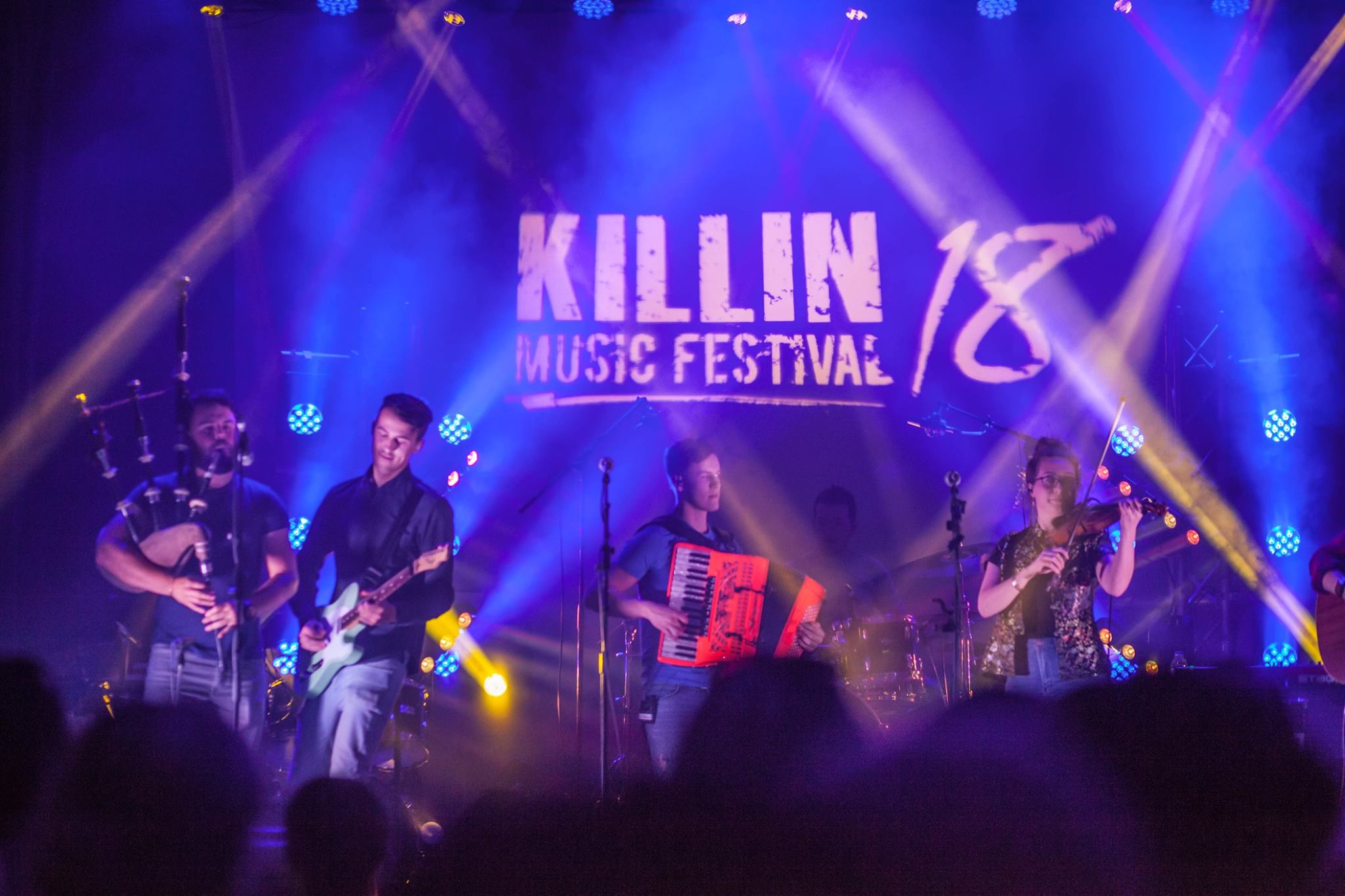 “The Killin Music Festival in Central Scotland started in 2016, run by a group of passionate volunteers. Killin Music Festival delivers a weekend packed from start to finish with top-of-their-game artists, supported by a festival fringe featuring bar sessions, workshops, kids activities, competitions and even a pipe band!

Now heading for its fourth year, Killin Music Festival looks to evolve, taking on board feedback from visitors, and by spreading its wings a little further.” 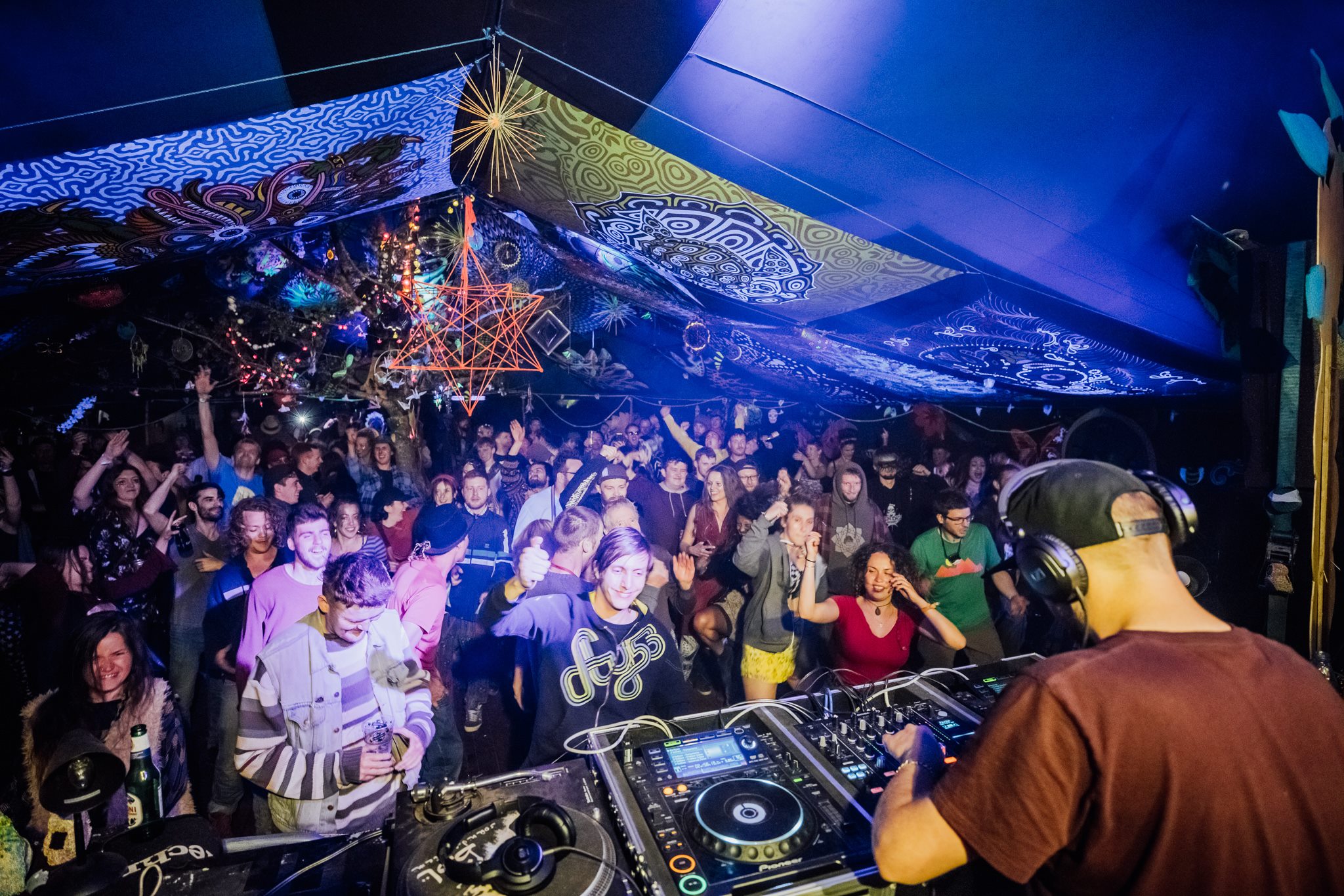 Knockengorroch 2022 brings the best music to the best location on the planet. Knockengorroch’s river valley in the Southern Uplands will again boom with the sounds of music from far and near, old and new in May 2022! 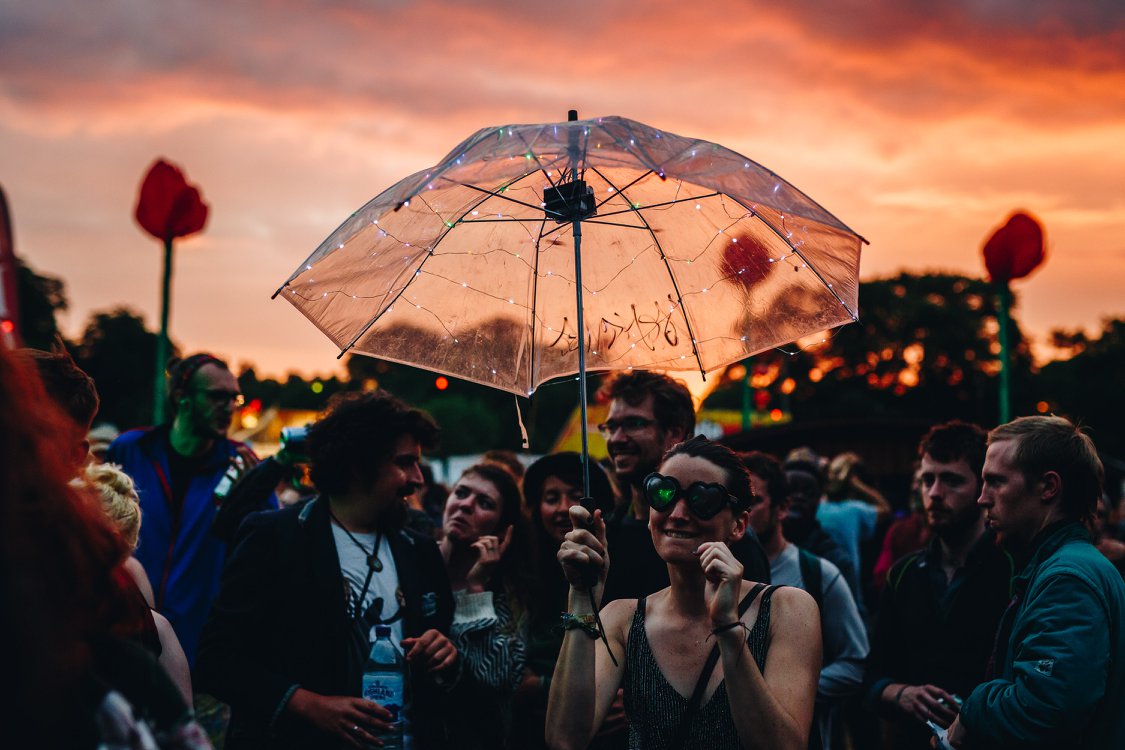 It is not just music that Eden Festival plays host to but the art is essential in creating its immersive atmosphere. Every year artists get involved in the festival to build, plant, carve, sculpt, grow and mould different areas or exhibitions on the site.  So why not come and see what all the fuss is about and what makes Eden Festival stand out in the festival calendar.” 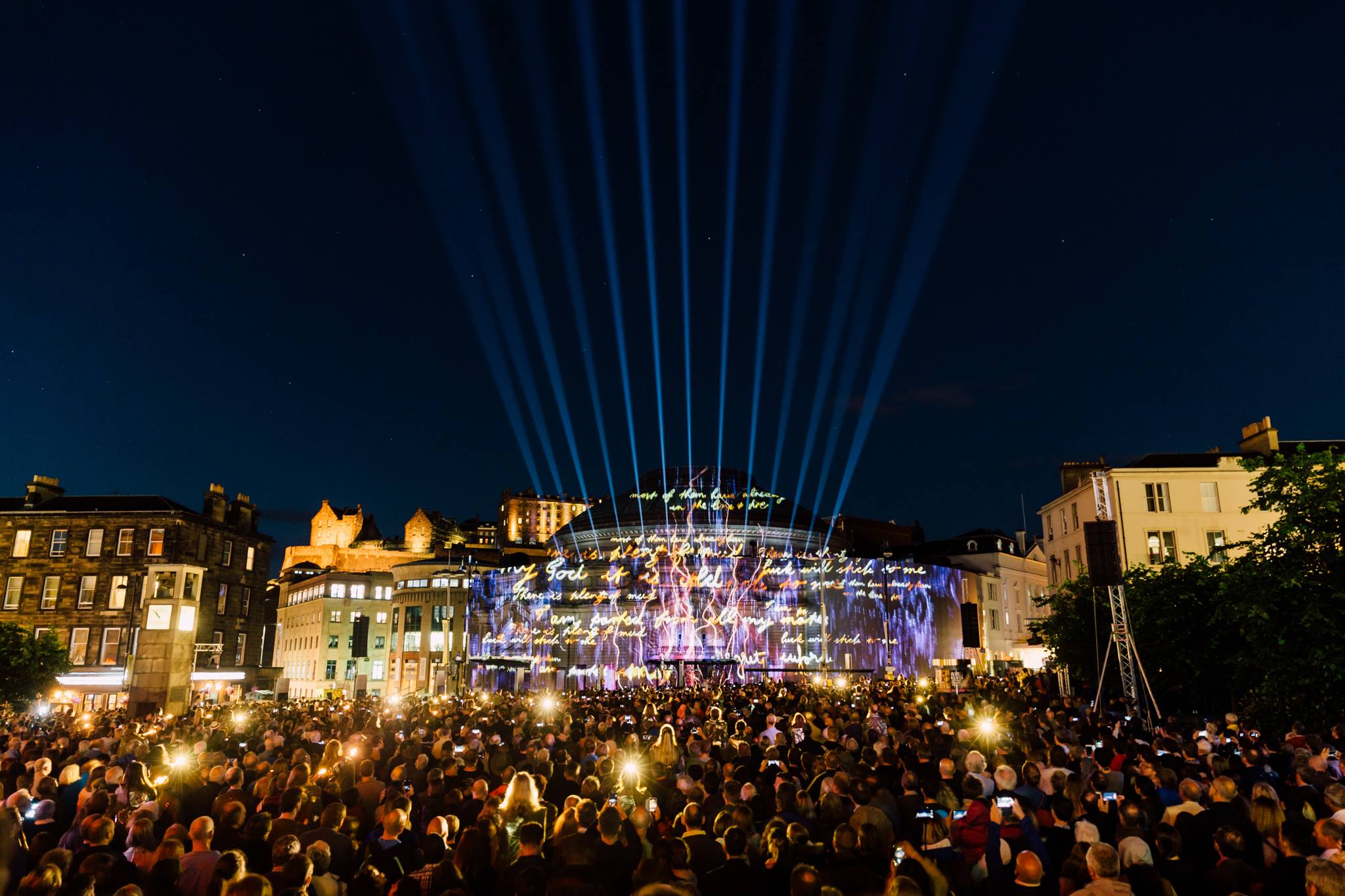 “The Edinburgh International Festival is an annual festival of performing arts in Edinburgh, Scotland, over three weeks in August. By invitation from the Festival Director, the International Festival brings top class performers of music (especially classical music), theatre, opera and dance from around the world to perform. The festival also hosts a series of visual art exhibitions, talks and workshops.” 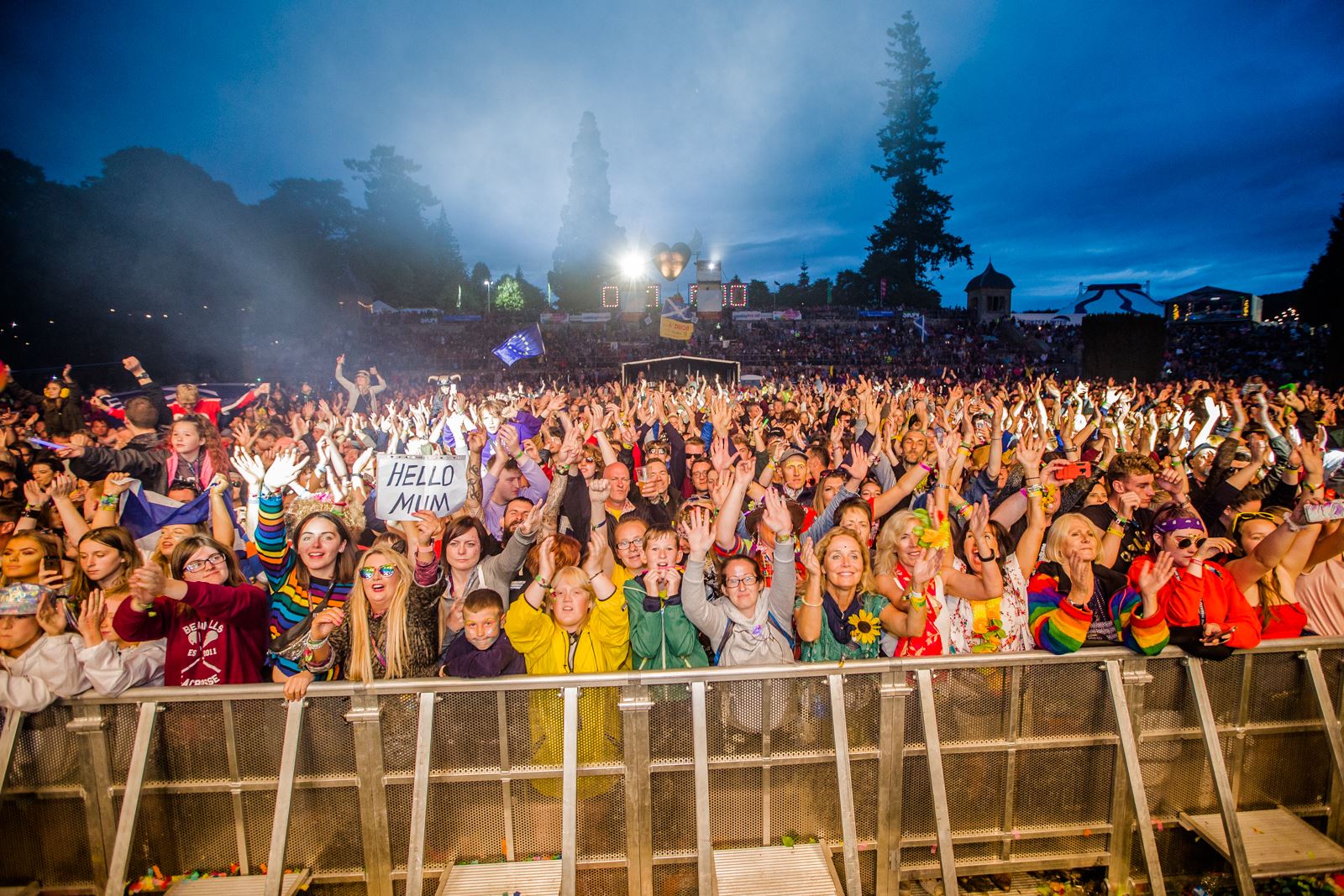 “Belladrum Tartan Heart Festival is a Scottish music and arts festival at the beautiful Belladrum House and Estate near Inverness.

But the fun doesn’t stop at the music, with Belladrum Tartan Heart also showcasing a huge range of other activities and performances for all ages, including comedy and cabaret, talks, debates and films, and arts, crafts and circus skills.” 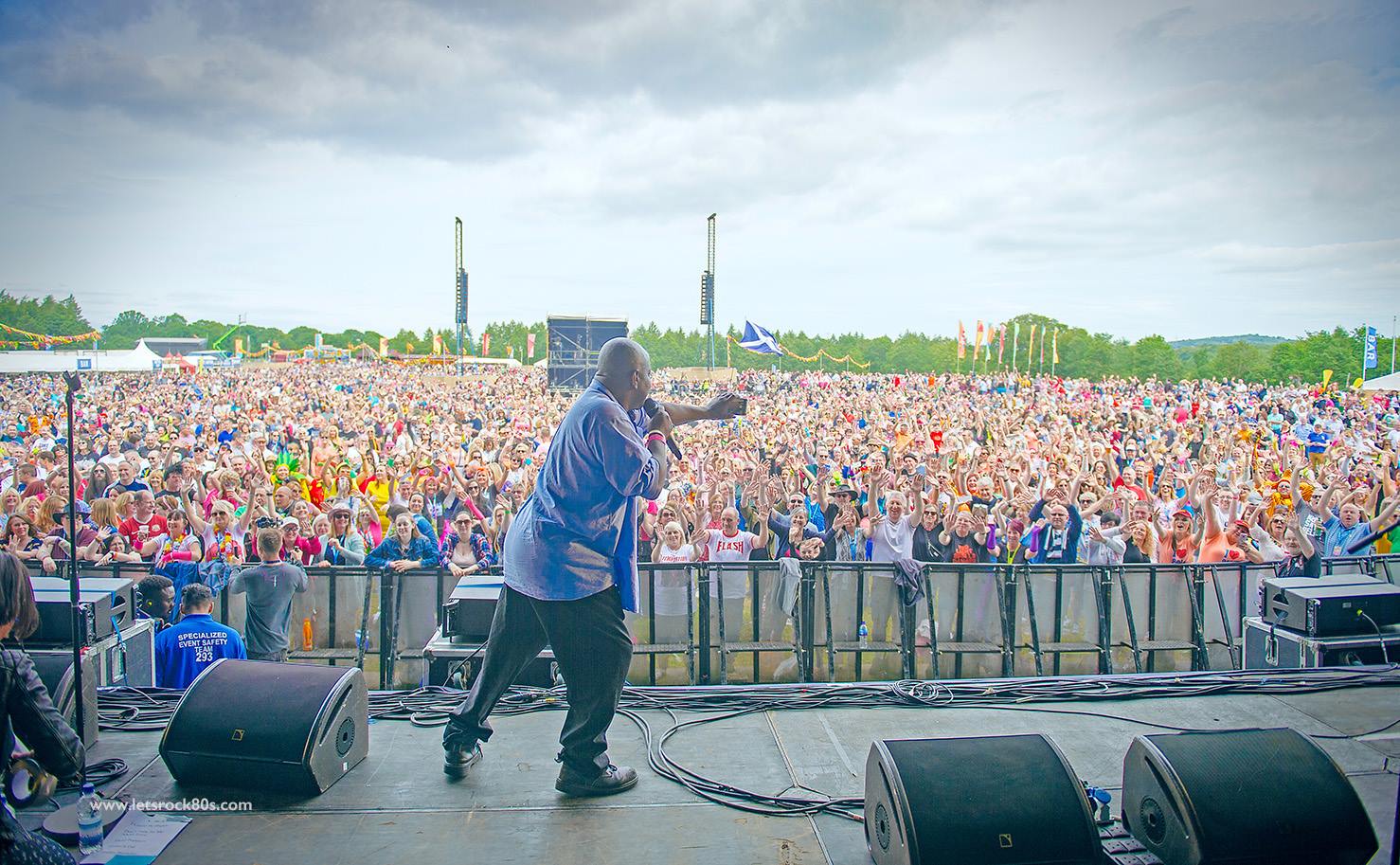 “Let’s Rock! is an 80s family-friendly festival in locations across the UK, including Scotland, London, Bristol, Leeds, Exeter and Cookham. In association with Absolute Radio, the series showcases a lineup of our favourite 80s artists, such Tony Hadley, Billy Ocean and Marc Almond. Celebrating its 10th anniversary in 2018, Let’s Rock! is an action-packed day of 80s madness and family-friendly fun up and down the UK.” 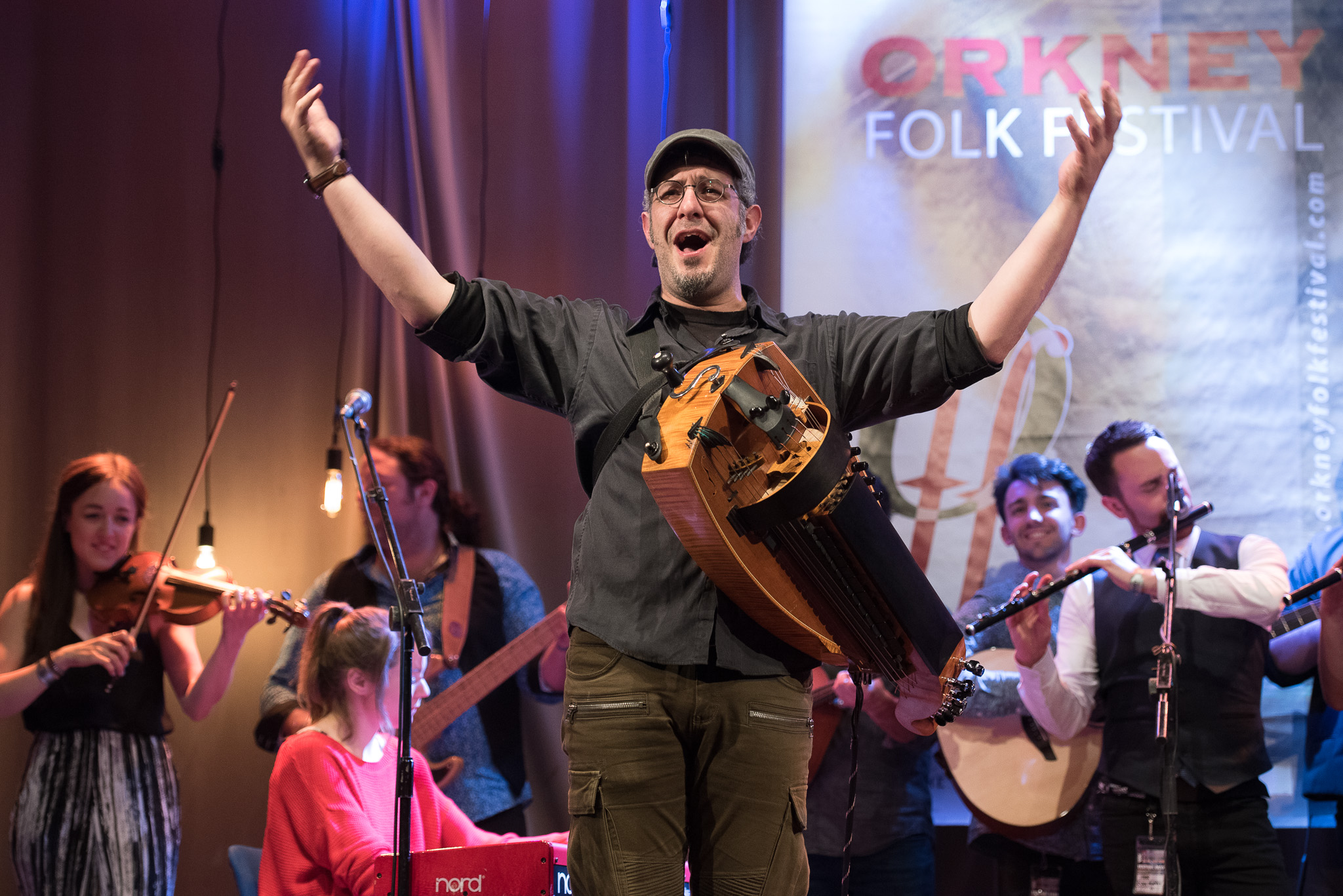 “From small beginnings in 1982, the Orkney Folk Festival has grown to become one of the most prolific and special throughout Scotland, the UK and further afield. One of the most important characteristics of the first festival that stands true today is the balance of visiting and local artistes.

Whilst the festival has become a sought-after stage amongst artists worldwide – and has been a four-day home for many, over the years – it is equally, if not more so, the local, Orcadian acts that make the festival what it is and keep the crowds coming.” 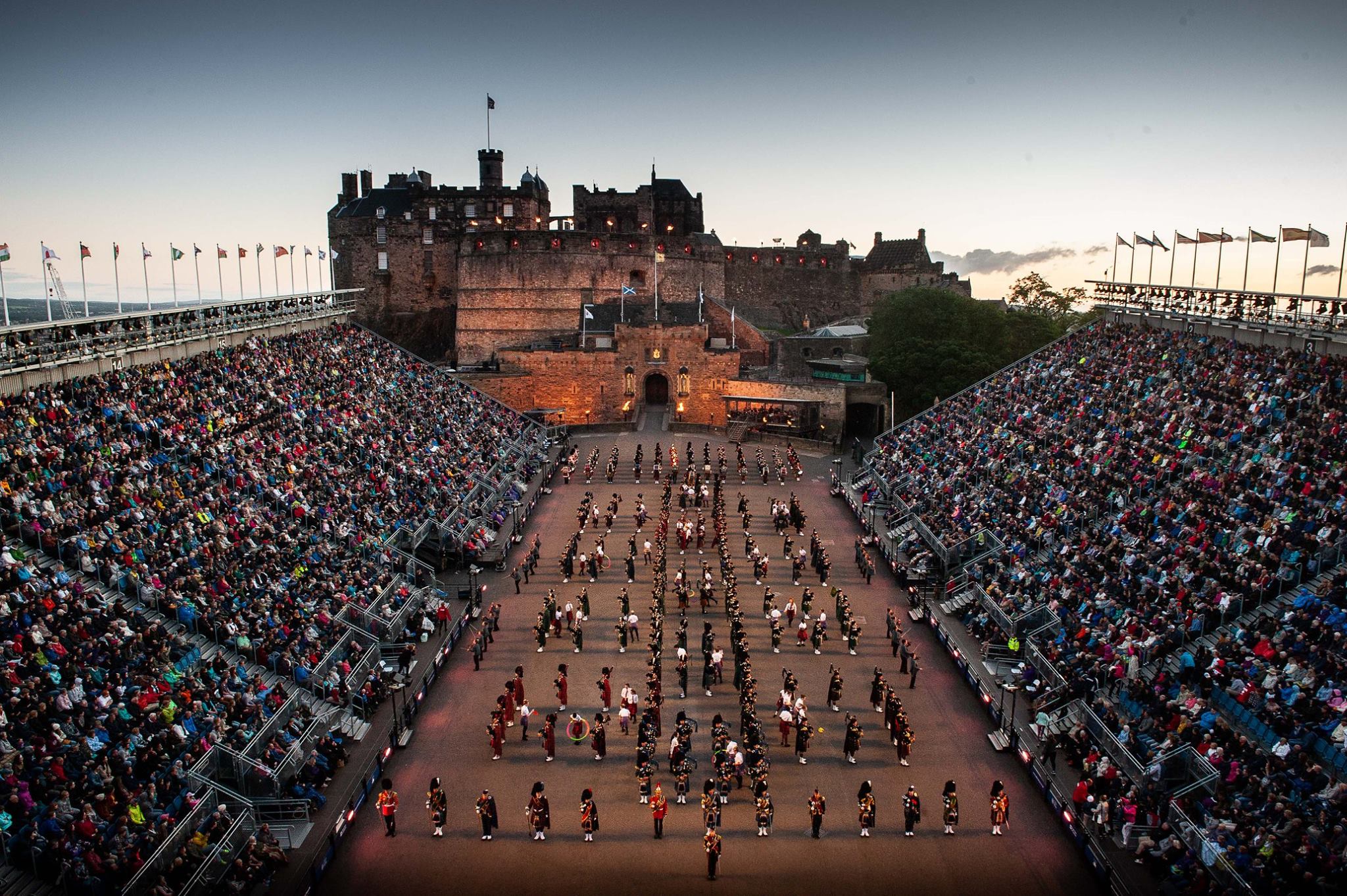 “The Edinburgh Tattoo is a spectacular like no other. A kaleidoscope of music, dance and entertainment. All set against the iconic backdrop of Edinburgh Castle. See your evening burst into life with a colourful blend of Scottish pipe and drum bands, highland dancers and performers from across the world.

Bigger, better and more technically thrilling than ever before. A unique mix of military tradition and global cultures. This really is an experience for the senses. Your seat is waiting.”

Opening of the Edinburgh MilitaryTattoo 2017 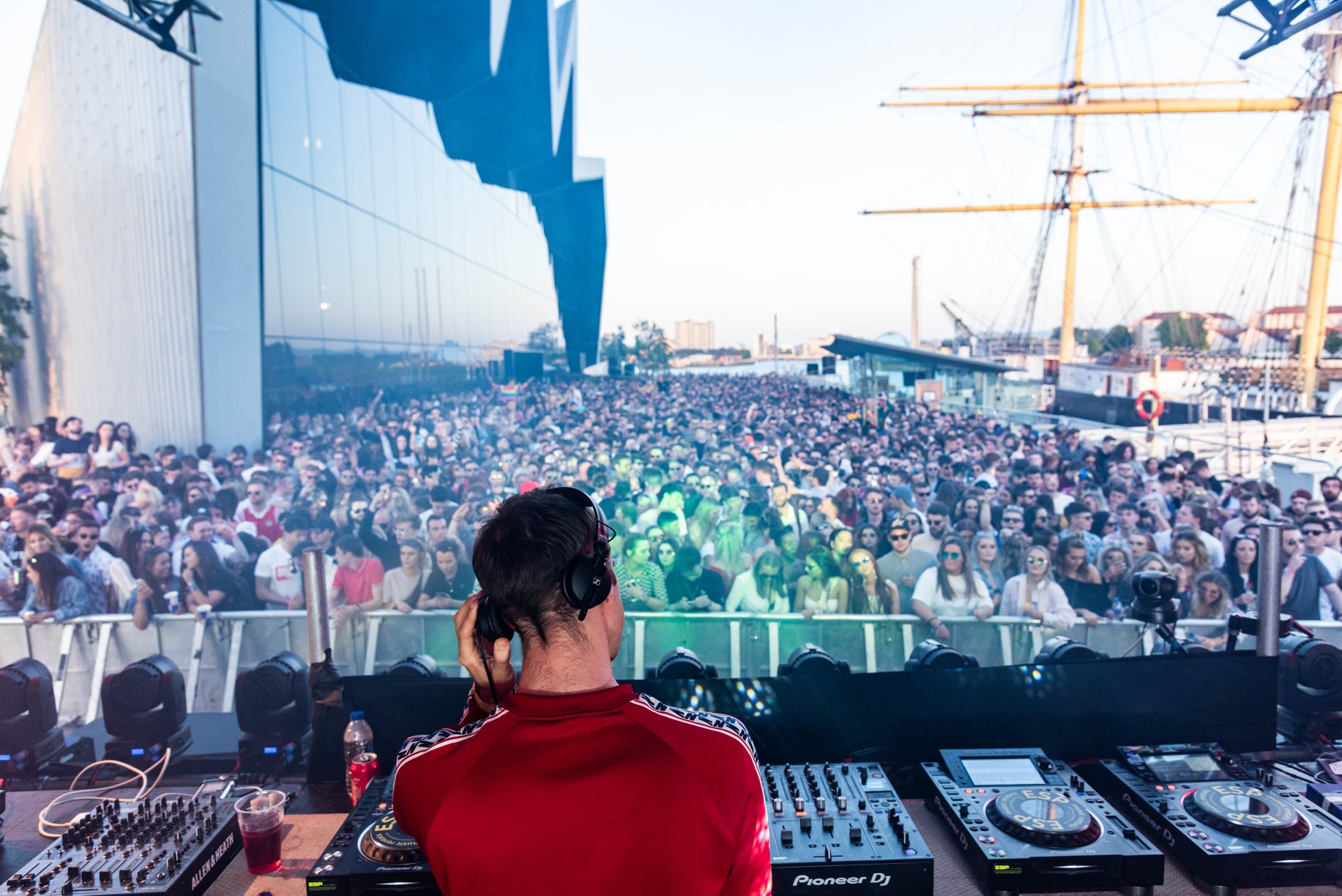 “Scotland’s biggest electronic music festival will take place in the grounds of the Riverside Museum on the banks of the Clyde, bringing together the biggest and best electrical artists and DJs in this unique and iconic location.” 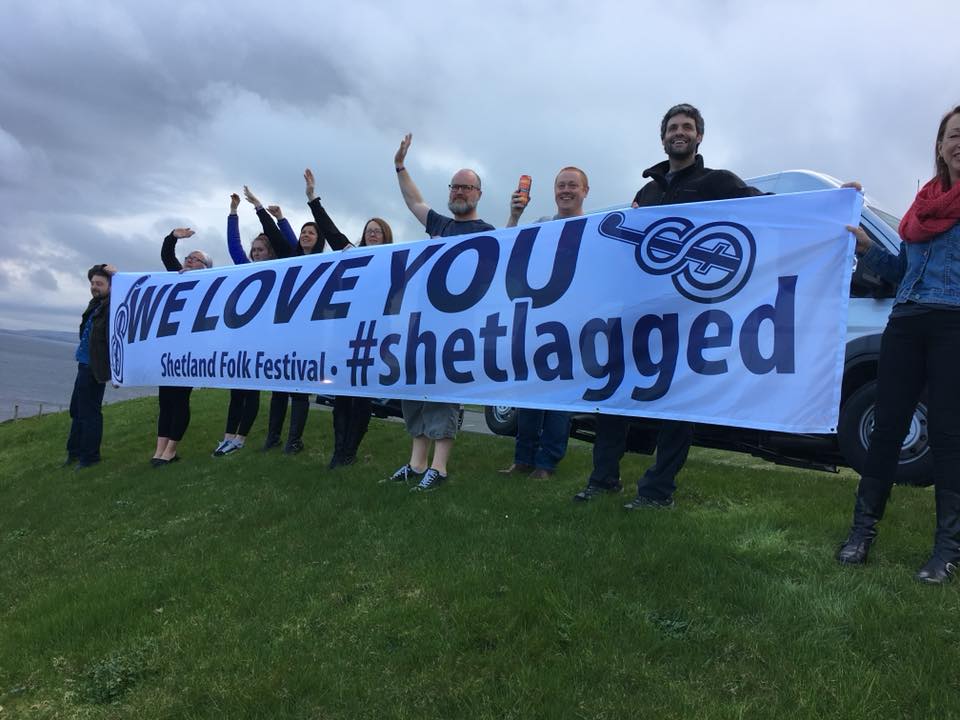 “Organised by a voluntary committee (and run by an even bigger pool of volunteers) the Festival prides itself in reaching out to even the most far flung areas of Shetland. Concerts are organised throughout the isles, consisting of some of the best International, British and Shetland music that the world has to offer. In fact, visiting artistes are regularly dumbfounded by the quantity and quality of local musicians that our remote isles have to offer.” 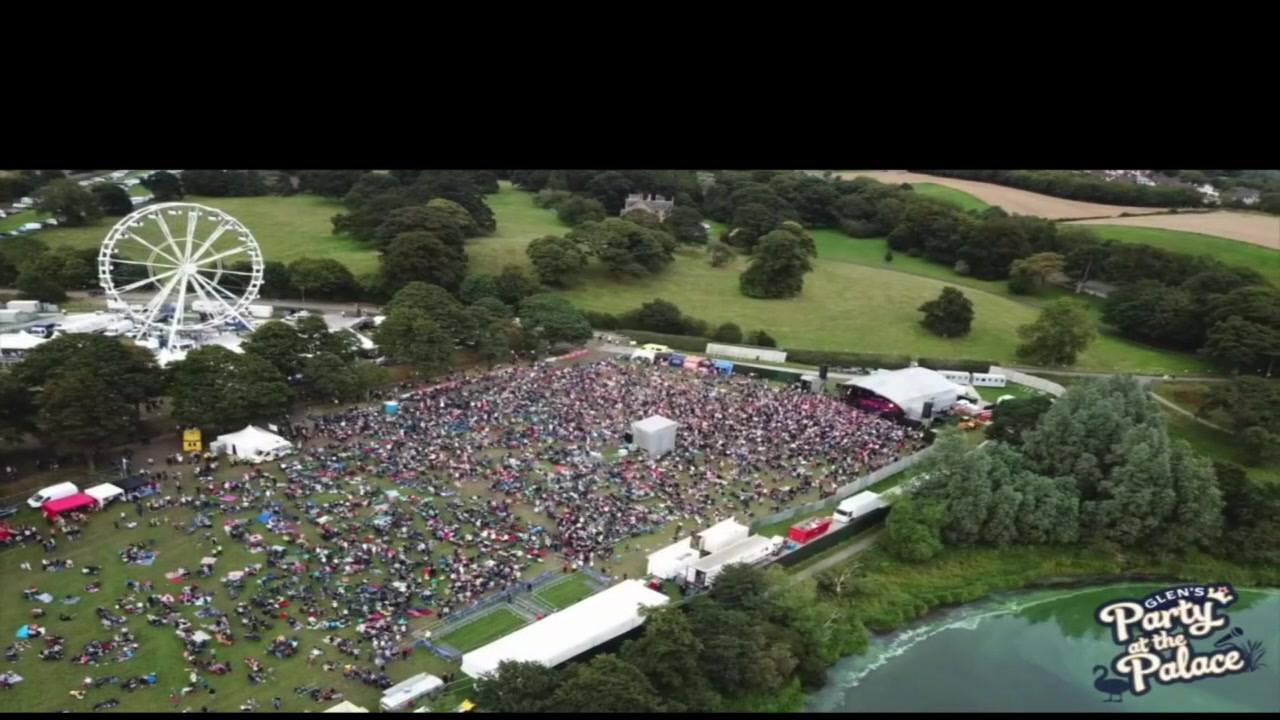 “Party at The Palace is a 2-day boutique music festival set next to the loch facing the historic Linlithgow Palace. Just 20 minutes from Edinburgh and a half-hour from Glasgow it will provide plenty of live music and activities to keep everyone entertained. Previous performers include Scottish band Texas, Mel C and Kaiser Chiefs.”

Party At The Palace 2017 Highlights Show

http://www.semconference.co.uk/
Scotland’s first-ever Electronic Music Conference will bring more than 100 industry insiders, speakers and experts to The Corn Exchange, Edinburgh for two days of essential seminars, workshops, product showcases and plenty more that promise to bring the whole industry together for two unmissable days of knowledge sharing and networking. 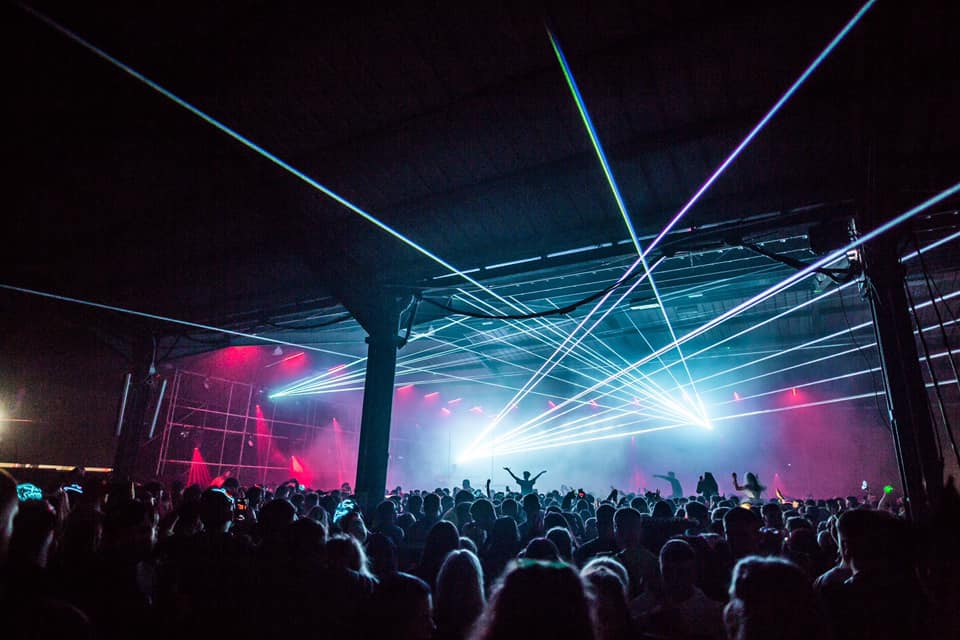 With everything happening in the world, some festivals look like they might not be making a return, but I wanted to give them some recognition just in case things change and they see a revival!

“On paper they said it wouldn’t work, a festival in late September in a remote village on the West Coast of Scotland 60 miles from the nearest town, but that was ten years ago. 2018 sees our friendly, small (but we think perfectly formed) festival return to the pier in the centre of Ullapool.  Indeed, it feels like we’ve found our spiritual home.

Expect another year of fun regardless of what the weather has to say about it. Another year making new friends, and catching up with old ones. Follow us on social media to see who’s going join the ranks that include Paolo Nutini, Mumford and Sons, Twin Atlantic, The Stranglers, Jake Bugg and Franz Ferdinand who have graced our little stage. You’ll just have to come and see…” 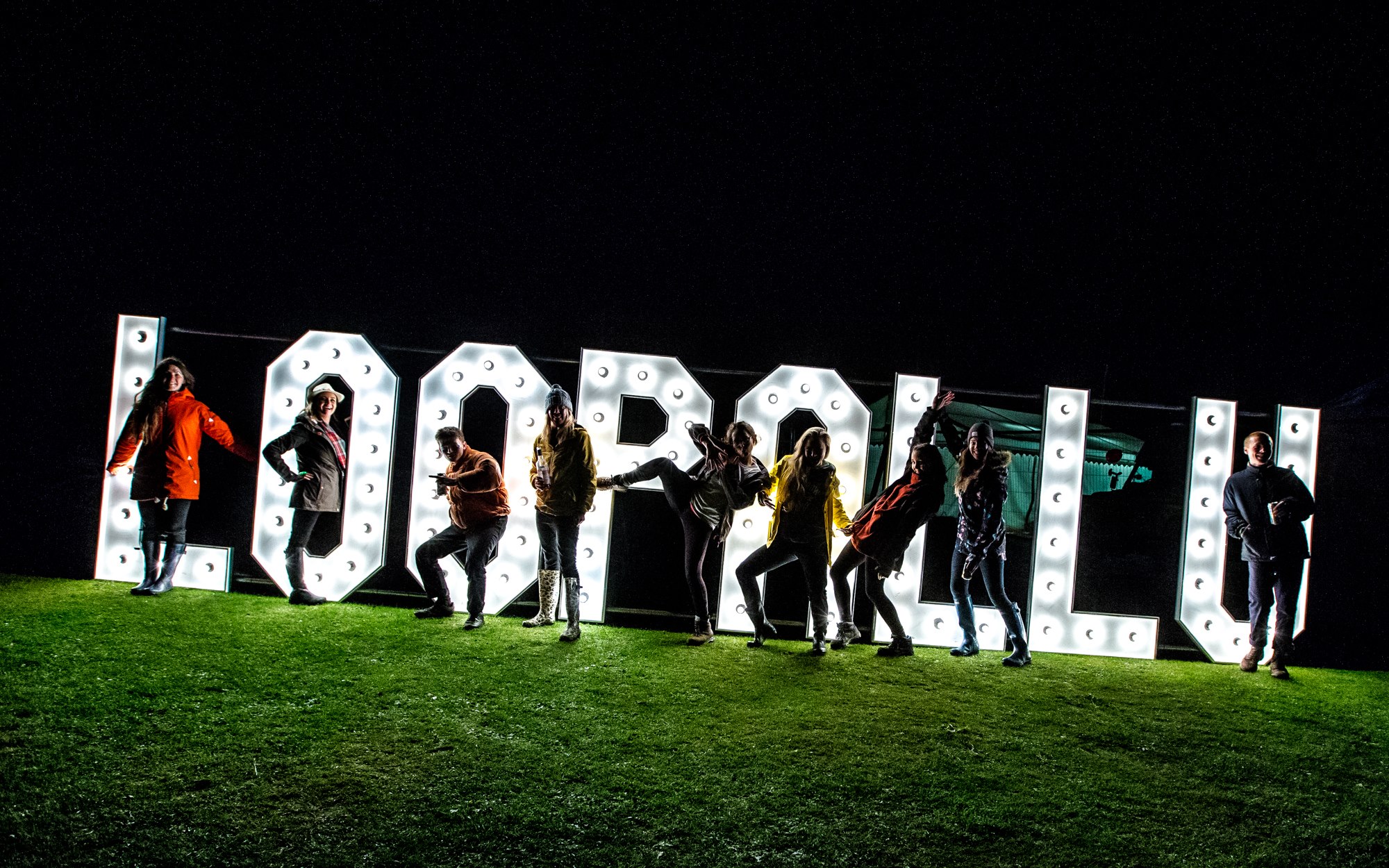 “Electric Fields is a Scottish boutique music festival, held each summer at Drumlanrig Castle in Thornhill.

Intimate and eclectic, the three-day affair shows off a lineup that spans the genres and generations, with this year’s edition featuring sets from Noel Gallagher’s High Flying Birds, Leftfield and Young Fathers.

Electric Fields embrace of all generations is evident in its kids play and craft area, as well as its very own real ale festival – a festival within a festival fit for any ale drinker – and the copious amounts of world cuisine on offer.” 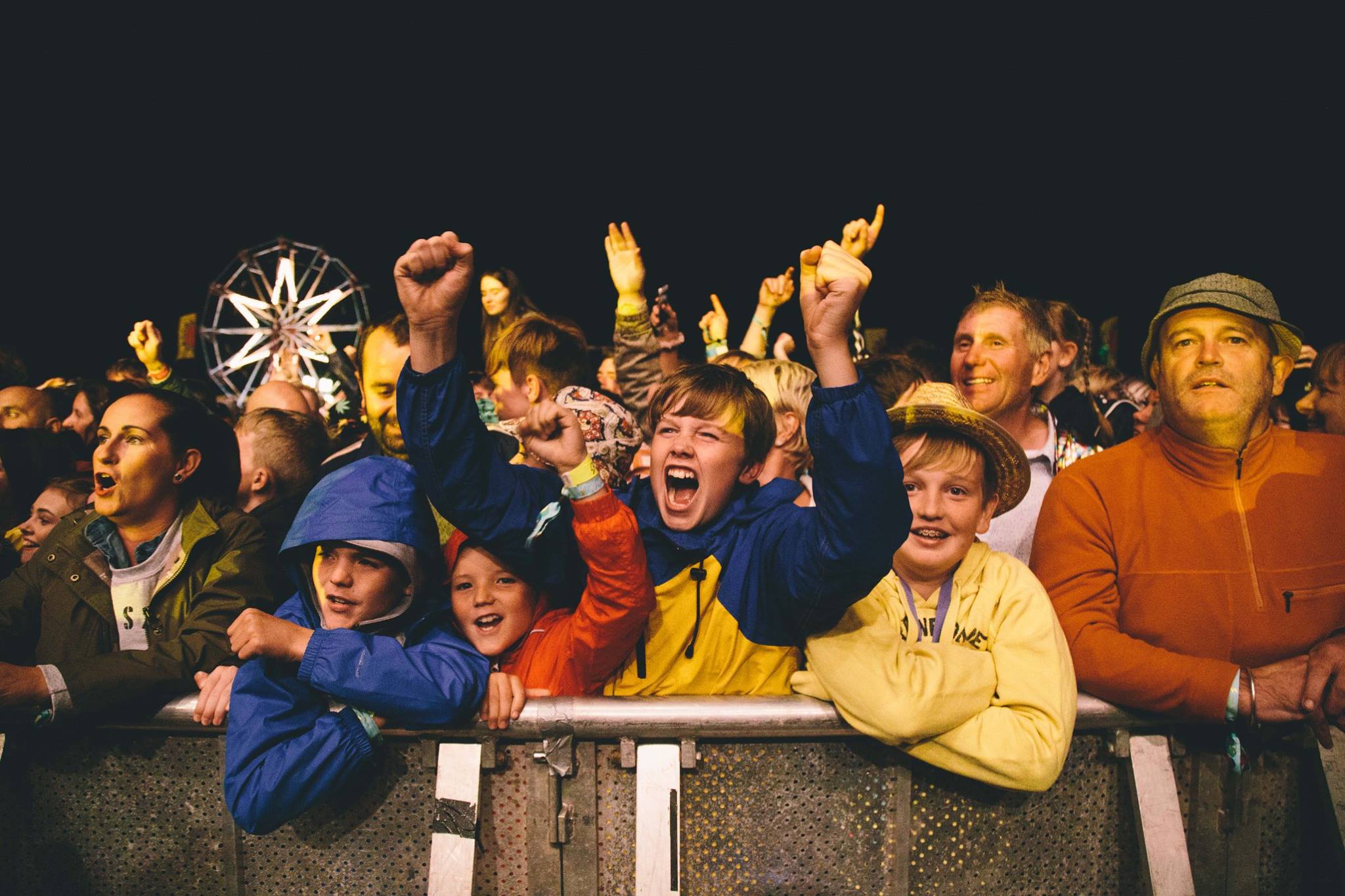 “Groove Loch Ness is an electronic music festival on the banks of the legendary Loch Ness in the Scottish highlands.

Setting up and plugging in for just one night, Groove Loch Ness bills itself as a “one night, one stage” festival, meaning it pours all its energy into curating the best back to back lineup possible.

Its last edition included sets from Faithless, Skream and Julio Bashmore, who each played out in the incredible highlands setting.” 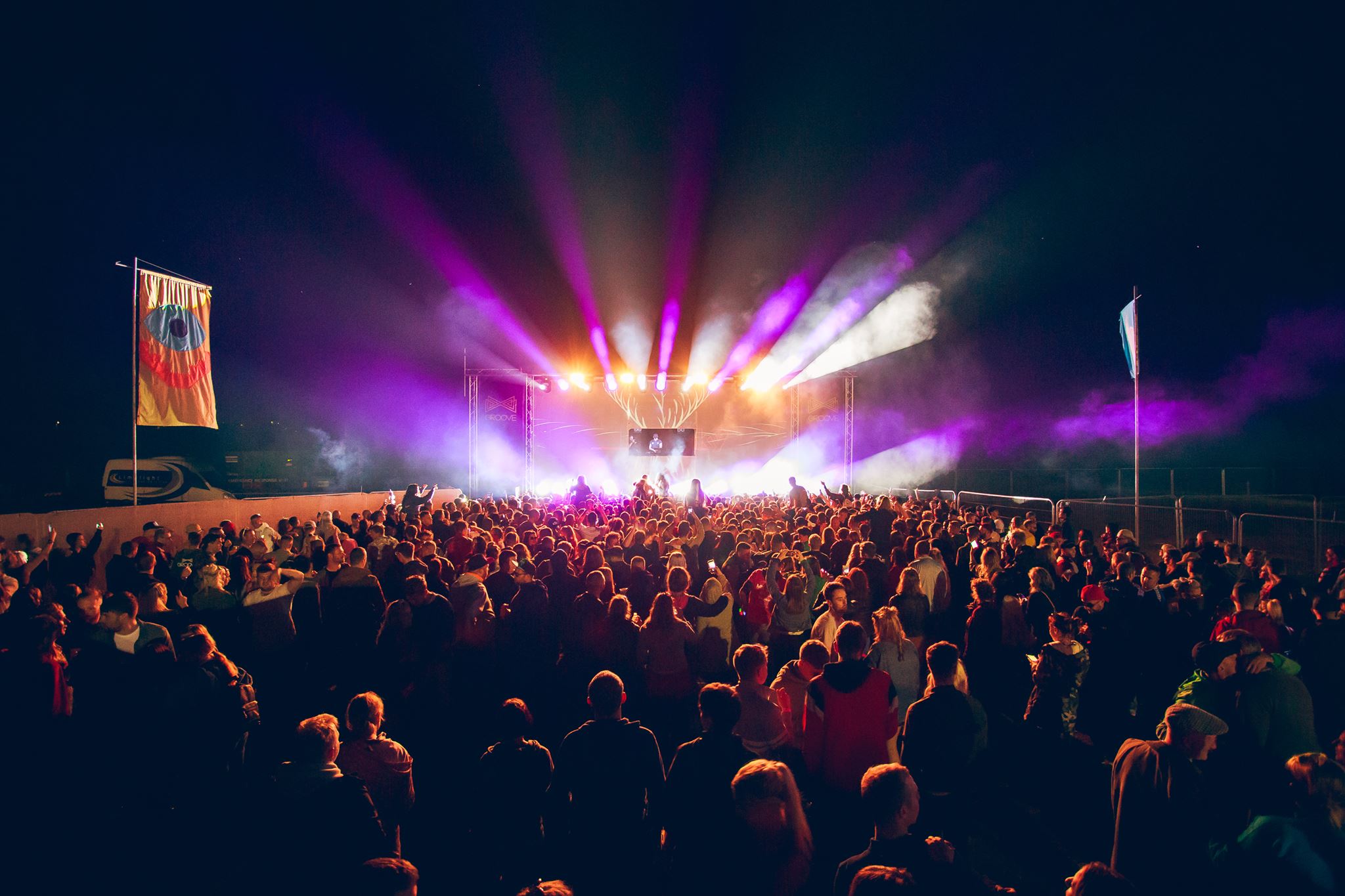 Am I Missing any Epic Music Festivals in Scotland 2022?

I’m always looking for awesome events, concerts, and festivals to add to these lists, so if you know of any Scottish festivals – feel free to shoot me an email and let me know!

Looking for more epic festivals around the world…?

I’ve written about some of the biggest and best parties, so check out some of these articles below and start planning your next big international trip! 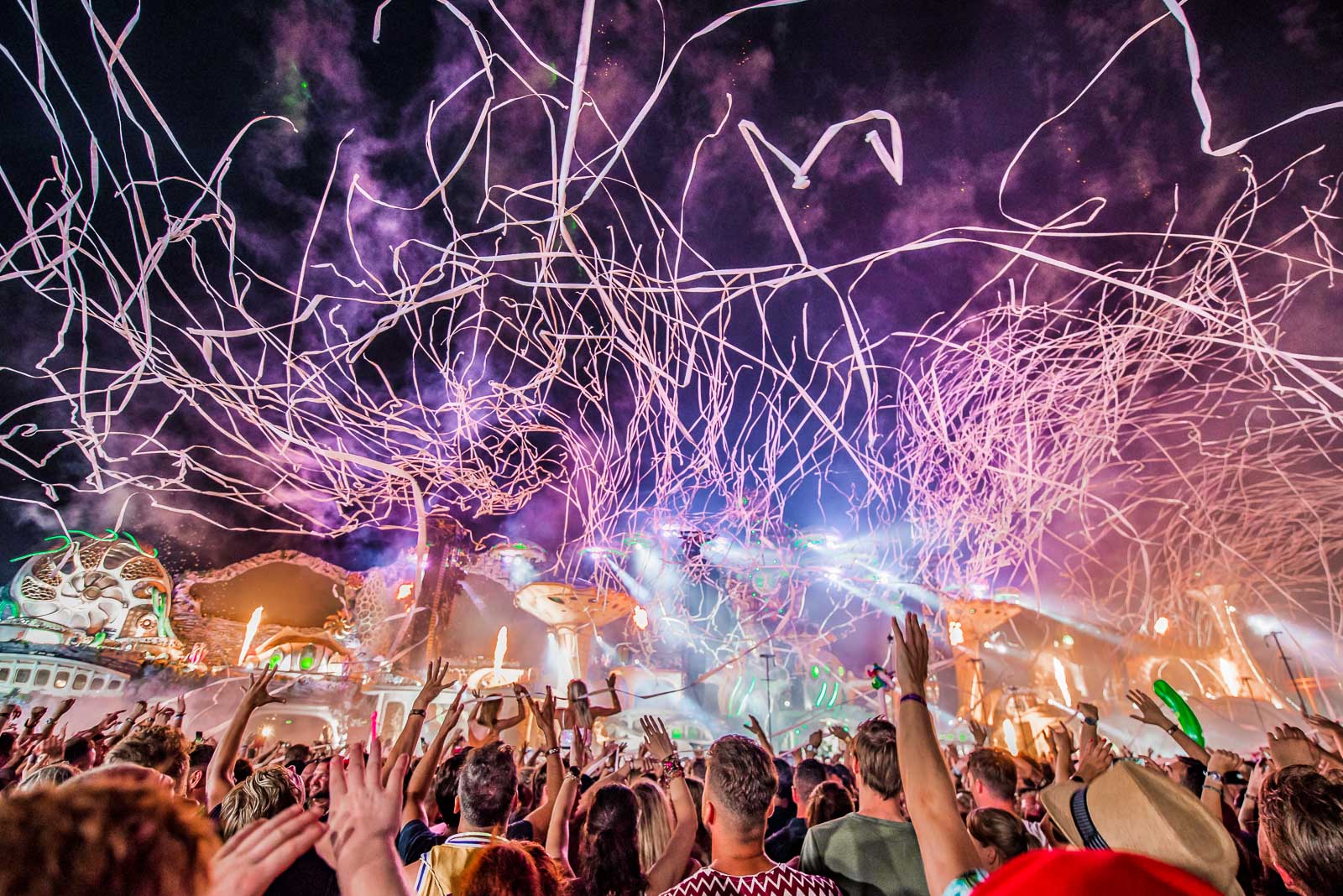 Thanks so much for reading everyone!

If you’re not already, make sure to follow along on my travels on Instagram & Facebook !  I’m always going to different festivals and parties around the world, and love documenting the experience on social-media.

The 15 Best Metal Music Festivals in the U.S.A
Scroll to top