Music festivals in Germany are generally synonymous with summertime, huge parties, and the best traditions of music in all its genres. Tens of thousands of revelers head out into the country or even visit classic industrial sites for their kicks. There’s definitely a little something here for everyone!

The Germany music festivals scen runs a range of techno, Rrock, metal, and all the various kinds of electronic music/ EDM. And many of these music festivals in Germany invites huge masses from all over Europe – one EDM festival in Germany claims an attendance of over 200,000 over a weekend. Here’s the rundown on some of the biggest and best, and a couple that are just plain unique for their concept.

Also, be sure to read my guides on Best European Music Festivals, Techno Festivals in Europe, and Best UK Music Festivals for more inspiration for future festivals if you decide to do some traveling! 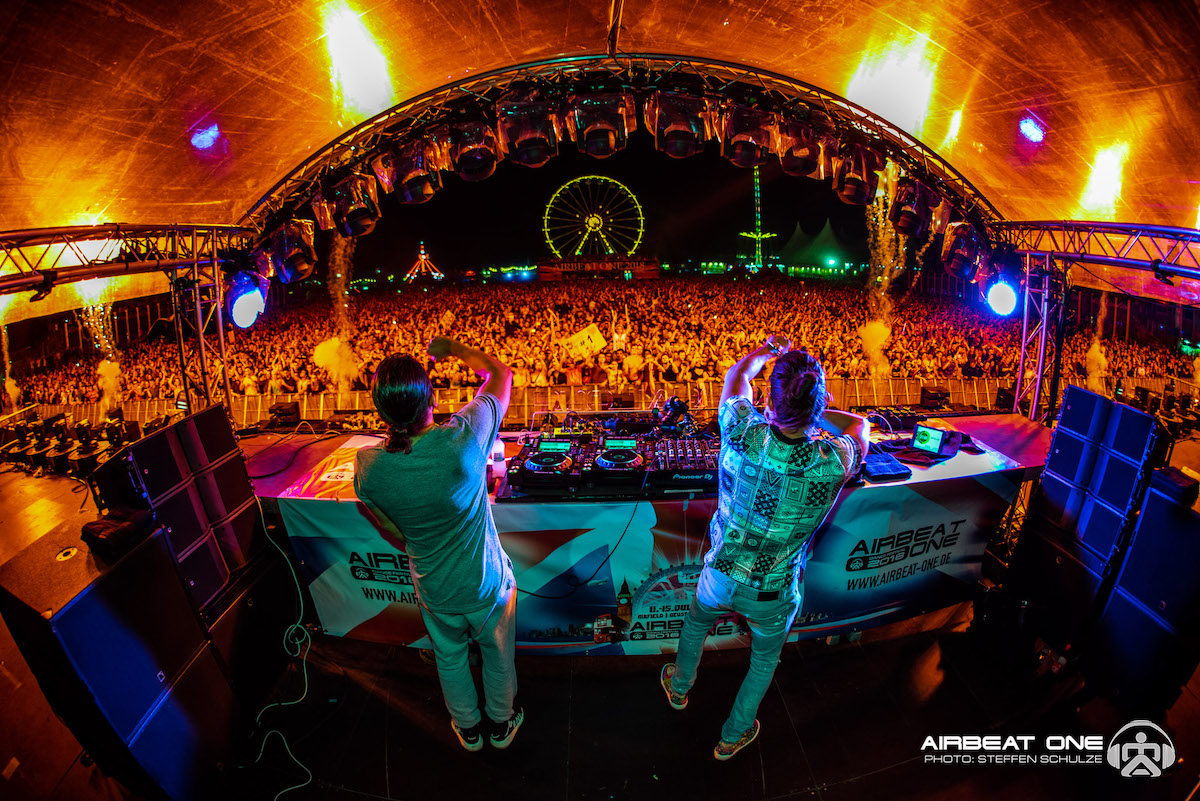 One of the biggest EDM Festivals in Germany | Credit: Steffan Schulze

Join 40,000 other electronica and EDM music fans – and how appropriate that it’s at the airport! Names like David Guetta, Dmitri Vegas, and other top DJs and acts regularly share the headline spaces here.

Each year, the festival takes a major city and themes itself along with the sites and visual aesthetic that make it iconic. The theme for 2022 is the country of Italy – which means lots of stages and sets that resemble the iconic landmarks and buildings of that country. What visual appeal will be the highlight? It’s anyone’s guess. 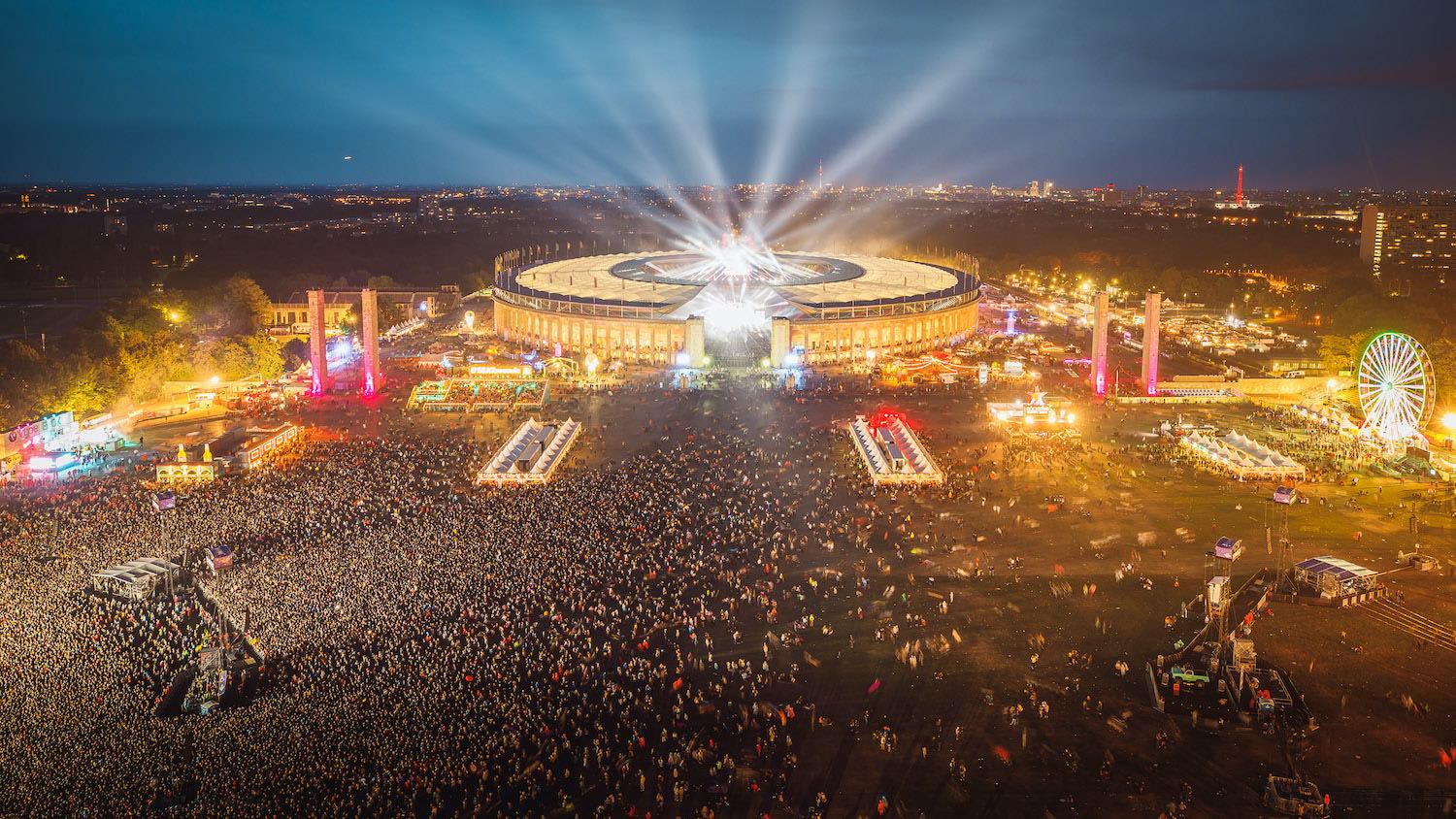 The Lollapalooza brand made famous as a touring show in the US also has Euro editions, and Berlin brings German rock festivals as well as any other city. The lineup, though primarily rock, in reality, is multi-genre and celebrates the edgy elements of the hip hop and indie scenes as well.

The festival runs for two days, and the stadium-connected venue gives you some idea of the crowd you can expect. It is befitting of the capital city and a calendar highlight.

It’s one of the most epic festivals in Berlin and I’m hoping to make it myself for the 2022 edition! 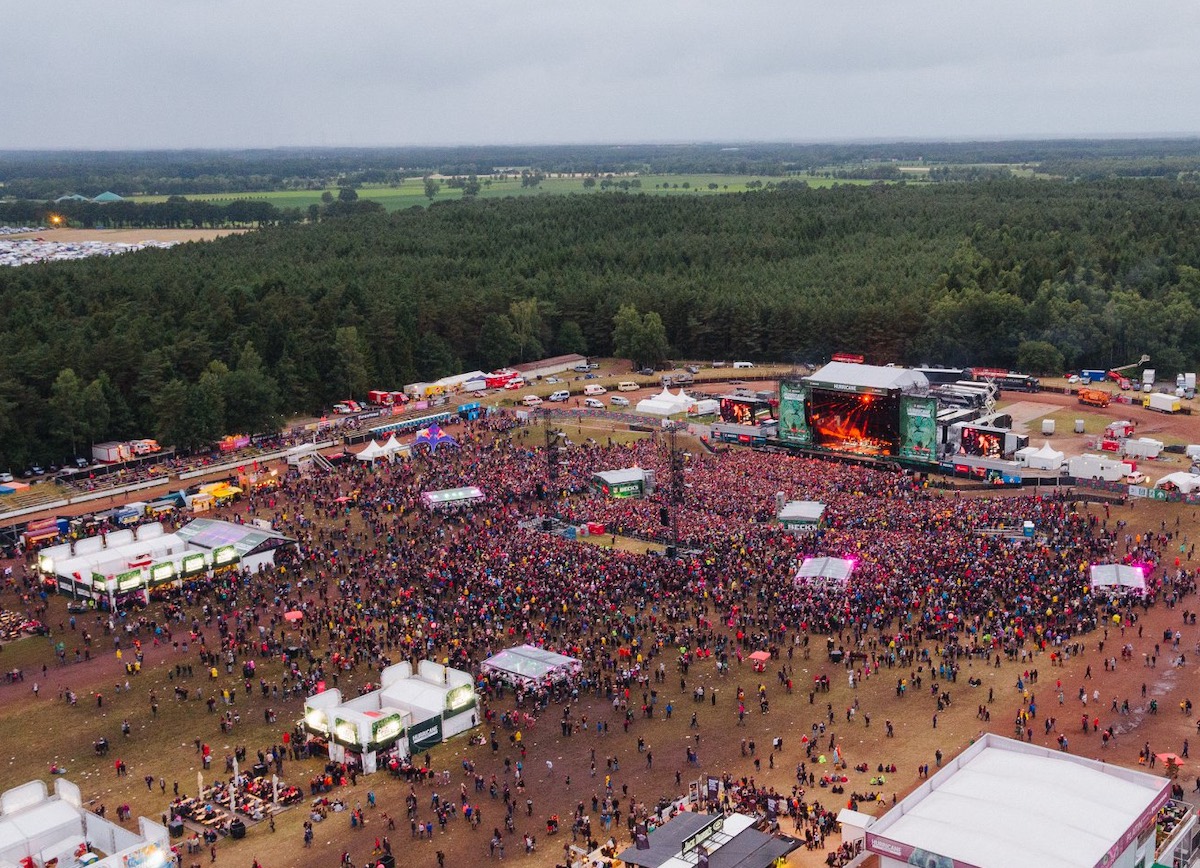 Hurricane and Southside festival (mentioned below) are twin festivals happening concurrently. This arrangement seems to be somewhat popular in Germany, as you’ll see below. SEEED,  Martin Garrix, Kings of Leon, and The Killers are announced to headline this postponed multi-genre, multi-day fest, which also shares the same lineup in both locations.

Together, the twin fests entertain around 130,000 people, with a superbly curated combo of top international and German acts. There’s even a space for new discoveries, which makes it the perfect variety lineup. 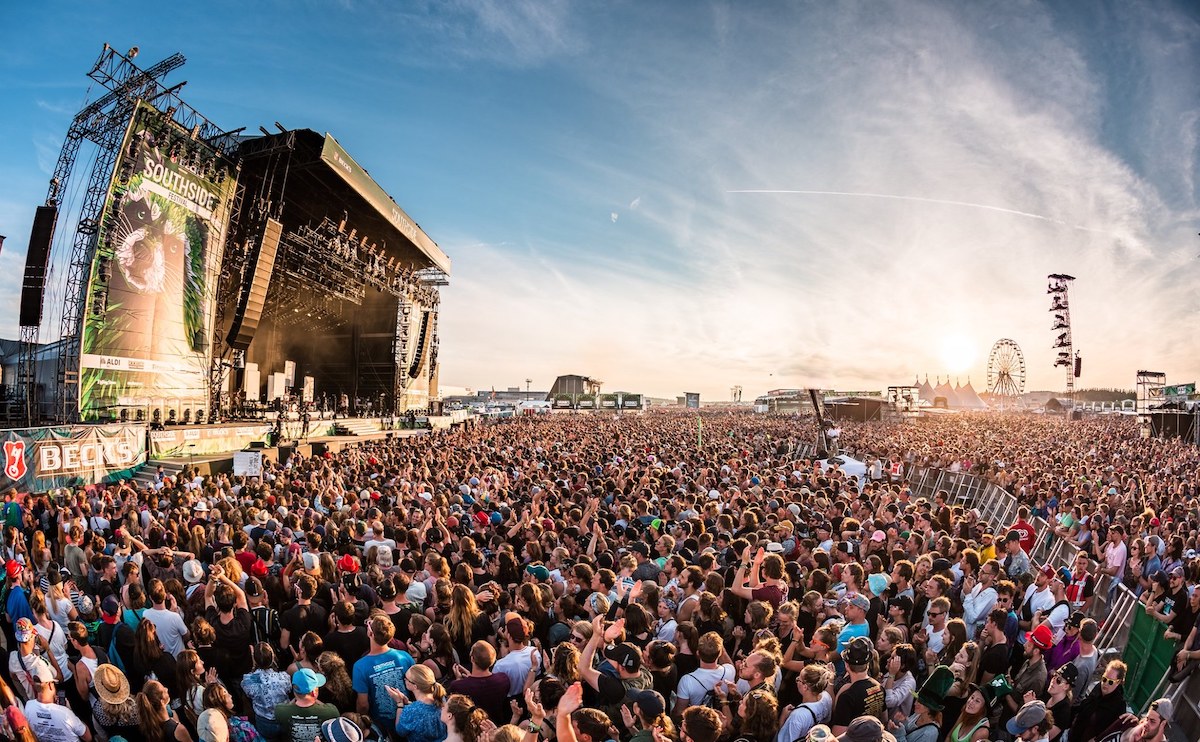 Happening at the same time as Hurricane Festival, and has an absolutely stacked line-up for 3-days of incredible music spanning dozens of genres! 2022 headliners include Martin Garrixx, Kings of Leon, Rise Against, The Killers, Twenty One Pilots, and so many more!

It’s also a camping festival which adds so much more to the experience! 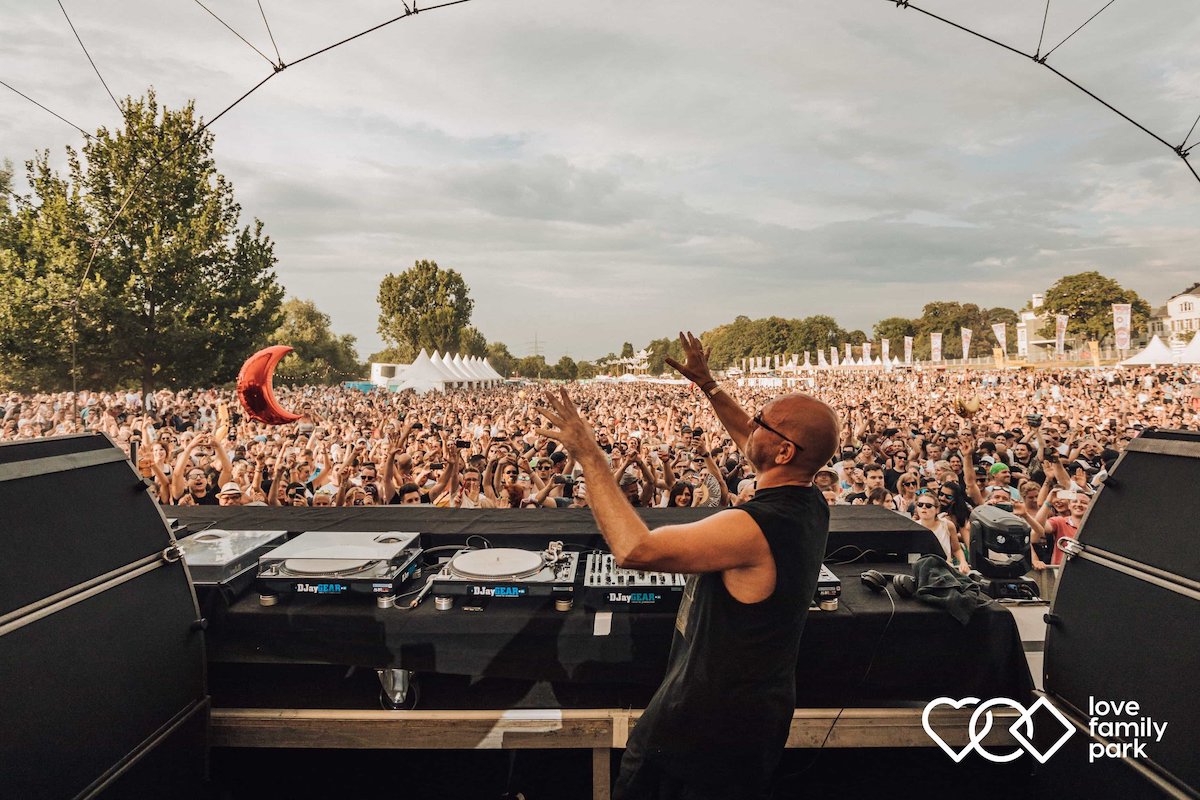 Where: Rüsselsheim am Main, Mainz

Techno is the name of the game here. While the regular spot for hard techno and EDM is the underground, FP takes the genre to the summer outdoors. It only lasts one day, so there’s no excuse to simply not make the most of the greatest techno of the summer.

You won’t be lonely, as you enjoy the range of minimal to pure techno along with 20 000 of your closest friends, of course. 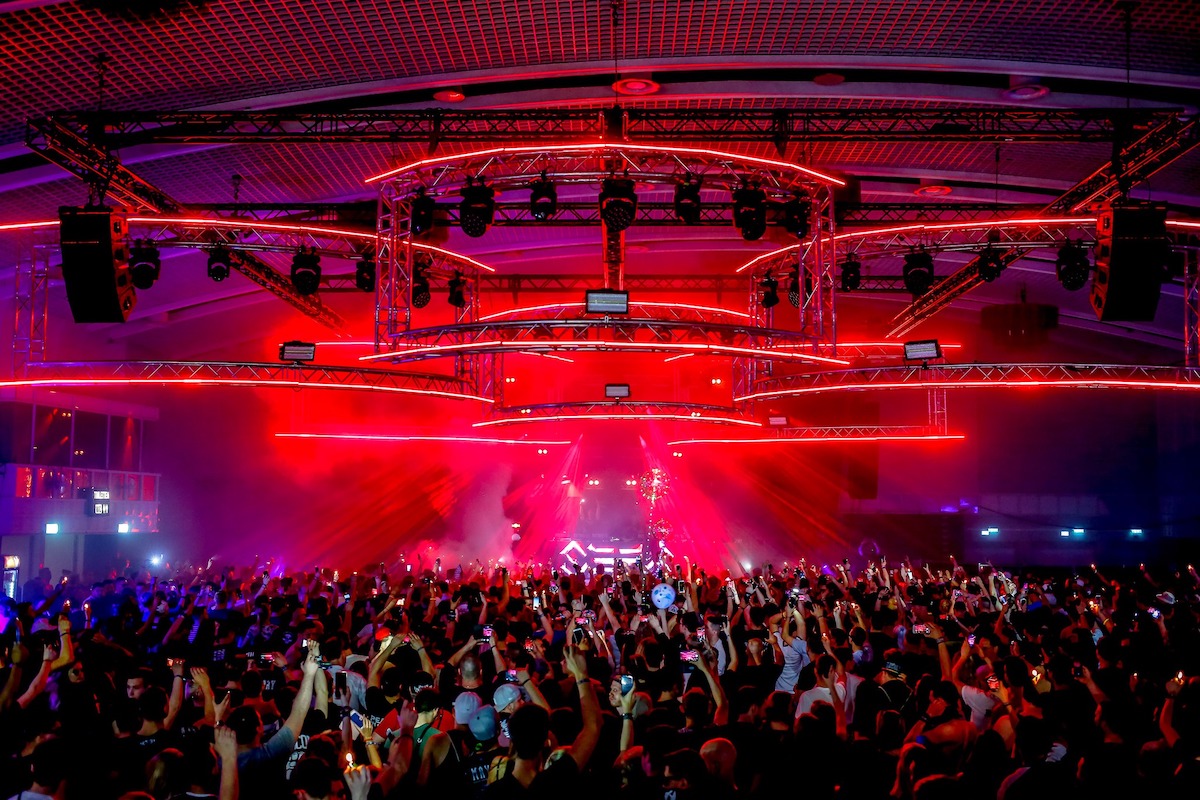 By now you might be getting the feeling that techno and EDM is a major sector for German summer festivals. MAYDAY is 30 years old already, so one of the grandaddies of the EDM festivals Germany has to offer.

It has more pedigree – the promoters of MAYDAY are also the ones behind Nature One, Exodus, and Syndicate – they seem to know what they’re doing. And yes, Mayday doesn’t always happen in May. That said, it’s a European institution, befitting its status as one of the grandest. 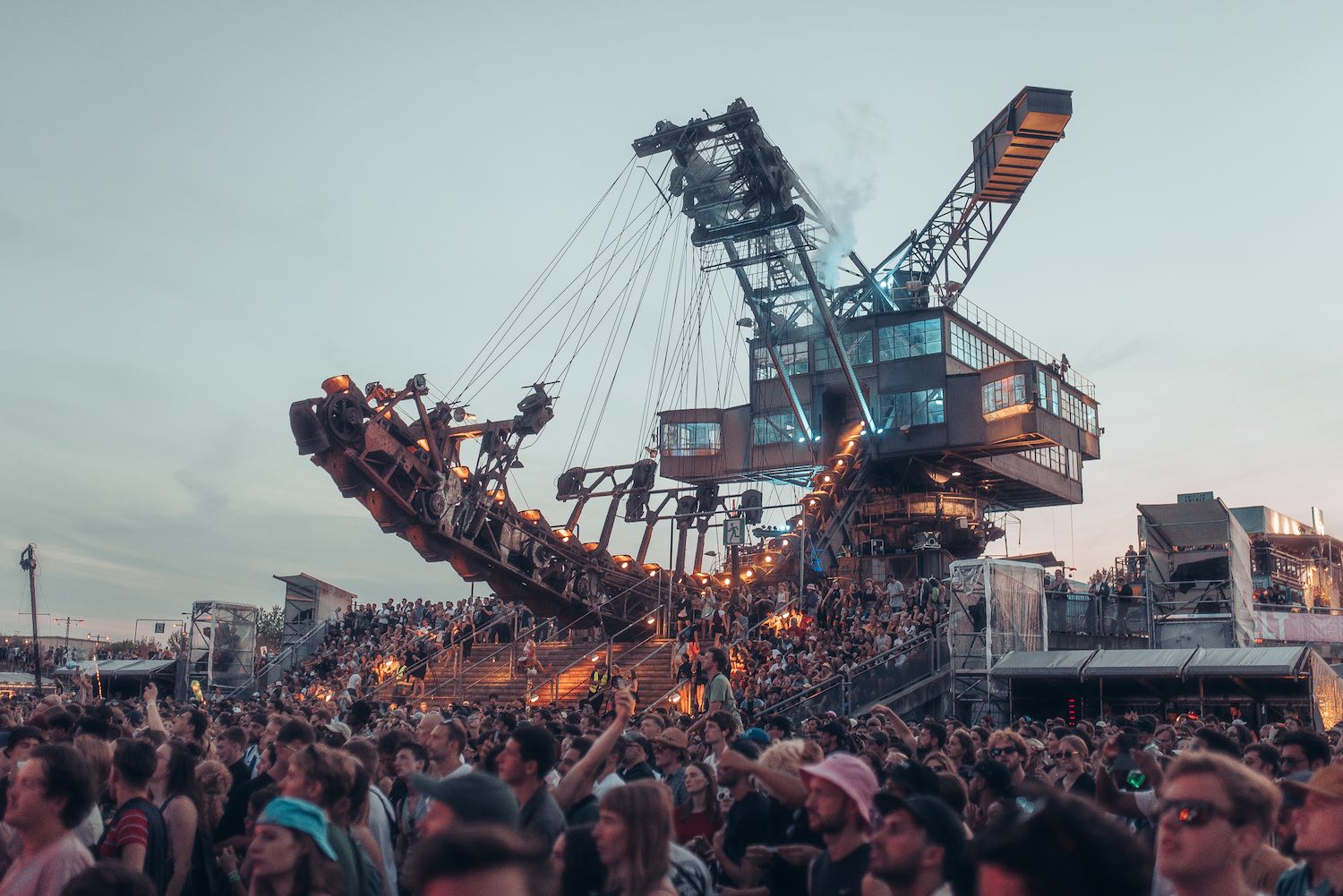 This German music festival gets special points for its unique setting. A former coal mine serves as the backdrop – they’ve even left several structures in place that call back to the industry that made its home in the City of Iron.

Perhaps fittingly, the music here looks outside the boundaries of the norm. It’s an alternative music festival, celebrating the fringe artists and genres that inform creativity, high and low fashion, and even alt lifestyles. And it’s been doing so for 20 years! 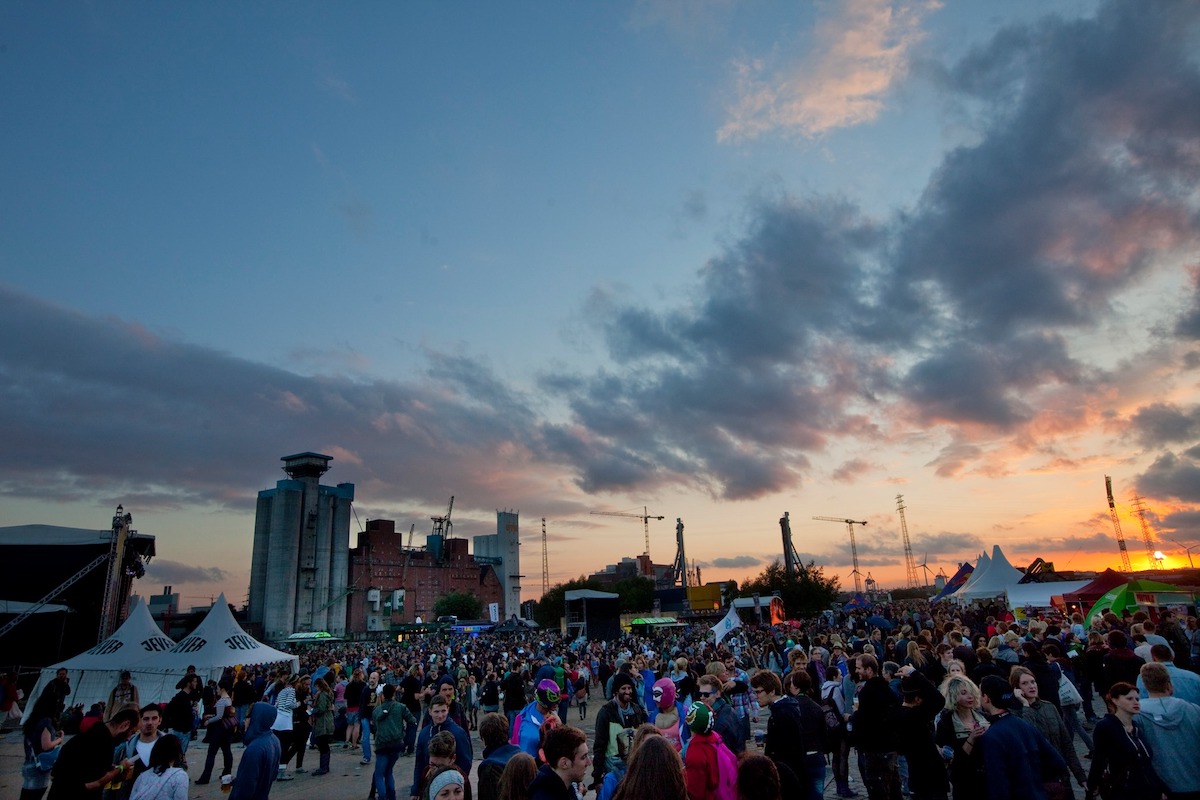 Island life isn’t something you’d expect from a German festival. But this is an island in the middle of the Elbe, and whoever had the idea to do something here deserves a cocktail.

Set outdoors and essentially in the woods, the idea here is simply to engage with artists that sit outside the mainstream. That means that the appeal isn’t the most famous artists or the most downloaded. It’s about an unusual and passionate music lover.

More than likely you’ll see something here that you can talk about for days and weeks afterward – that’s beside the awesome sunshine, beach, and woods. 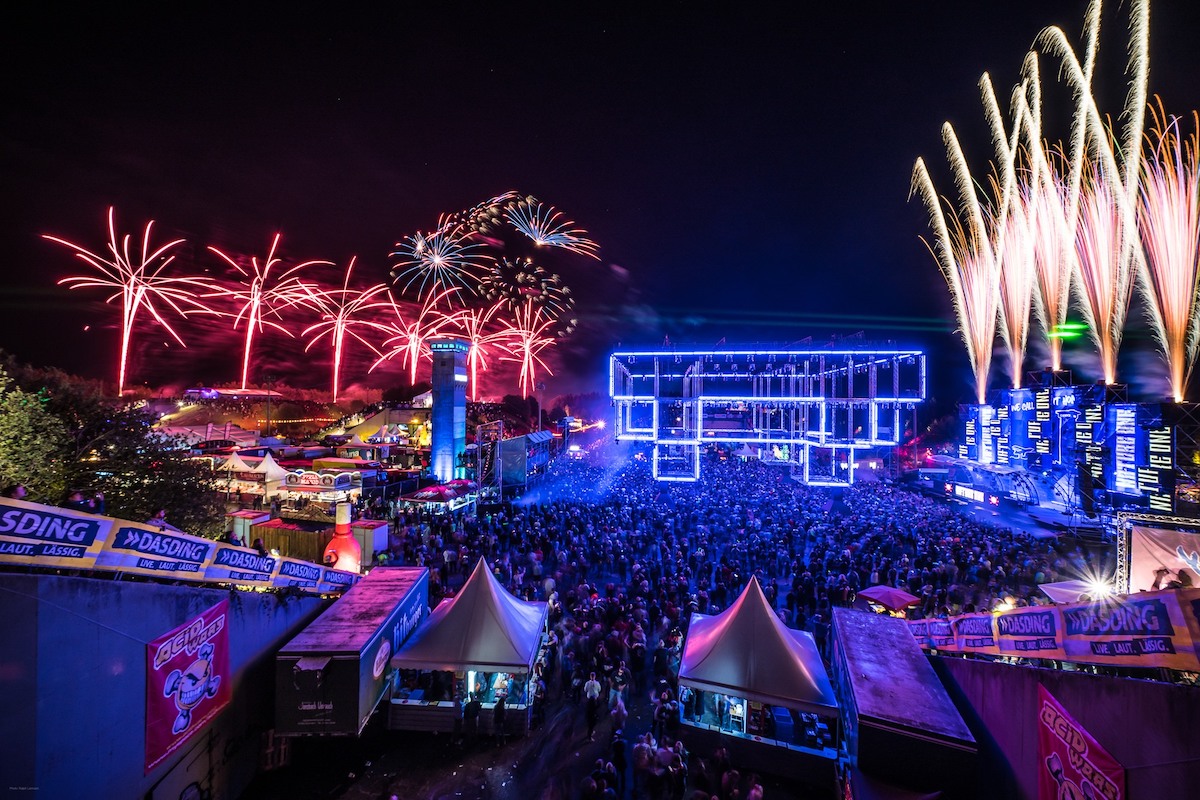 Those familiar with the previously mentioned MAYDAY will no doubt love this festival from the same crowd. It’s a bit younger, but carries the same vibe and has actually grown bigger than its older cousin.

In keeping with the trend to find interesting places to stage a show, the venue is a former missile base. There are 20 stages to choose your poison from, and there’s a huge crowd of almost 65 000 attending each year.

Join the NATURE ONE Fesrtival 2022 | Official Event for tickets and more information! 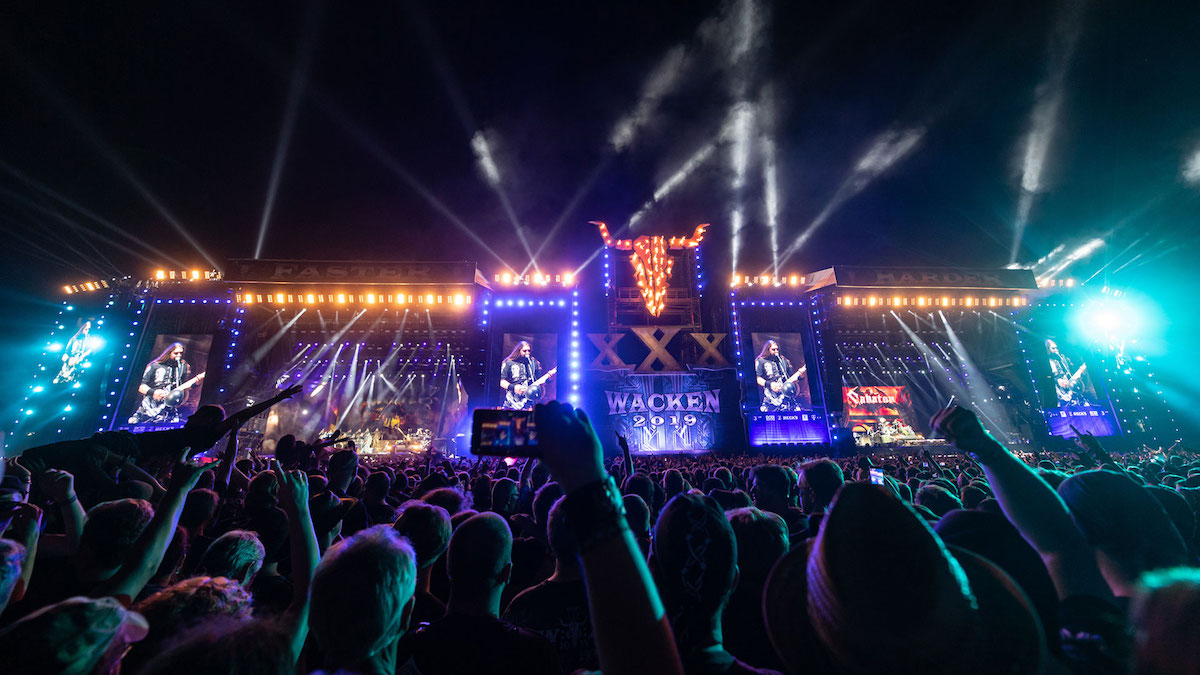 Wacken is arguably one of the most well-known festivals on this list. It’s certainly an annual pilgrimage for loads of rock, hard rock, and metal fans from around the continent.

Nearly 100 000 metalheads make the journey to Schleswig-Holstein in the German north, and the biggest names in the genre are always on the bill. If you’re not familiar with pits, stay away from the front and center. 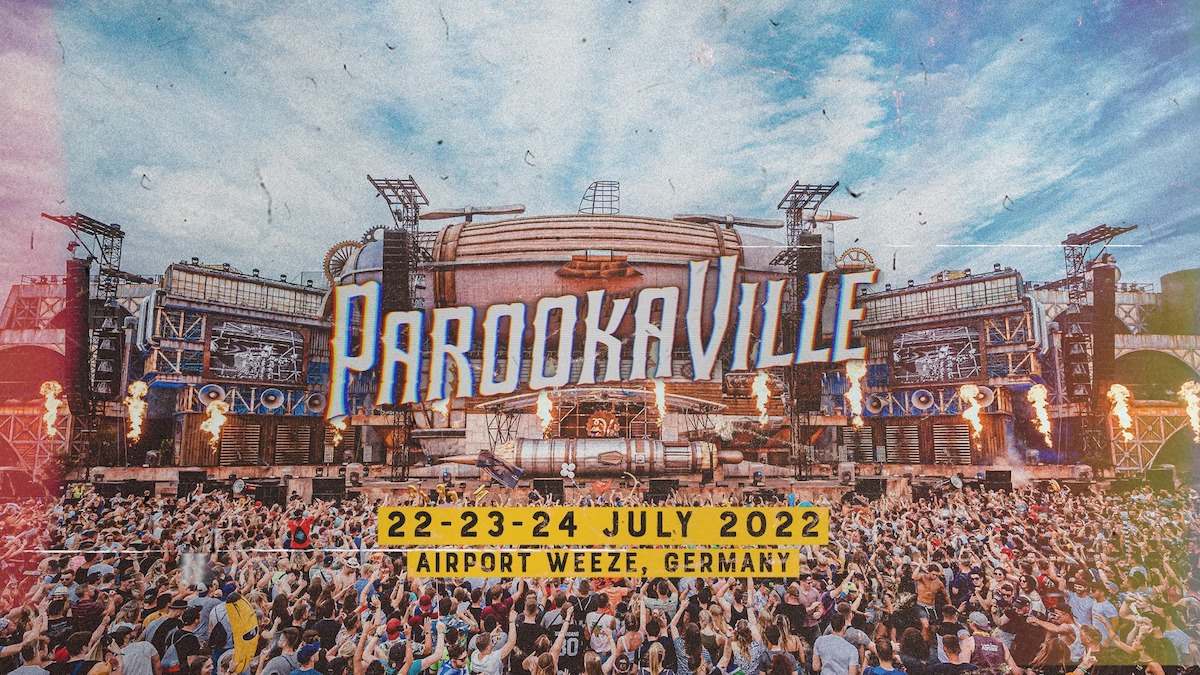 PAROOKAVILLE – The City of Dreams

“Step into the dark if you dare, follow your inner light and dive into a spectacular world of freedom and love!
Parookaville is a city that comes to life once a year to keep the legend of Bill Parooka alive. It was built as an artistic, free flowing and mad musical place where people can make contact with their pure selves, experience true connections and feel deep sensation of bliss and fulfillment.”

The relatively young EDM weekend festival is developing a reputation for superb annual partying. It’s no surprise, given its ability to book several huge DJ superstars every year.

The show’s look and feel are also impressive, offering immersive yet massive sets to accompany the beats and tones. The festival actually comes across as its own city, with a native weekend population of a reported 210,000.

Join the PAROOKAVILLE Festival 2022 Event for tickets and more information! 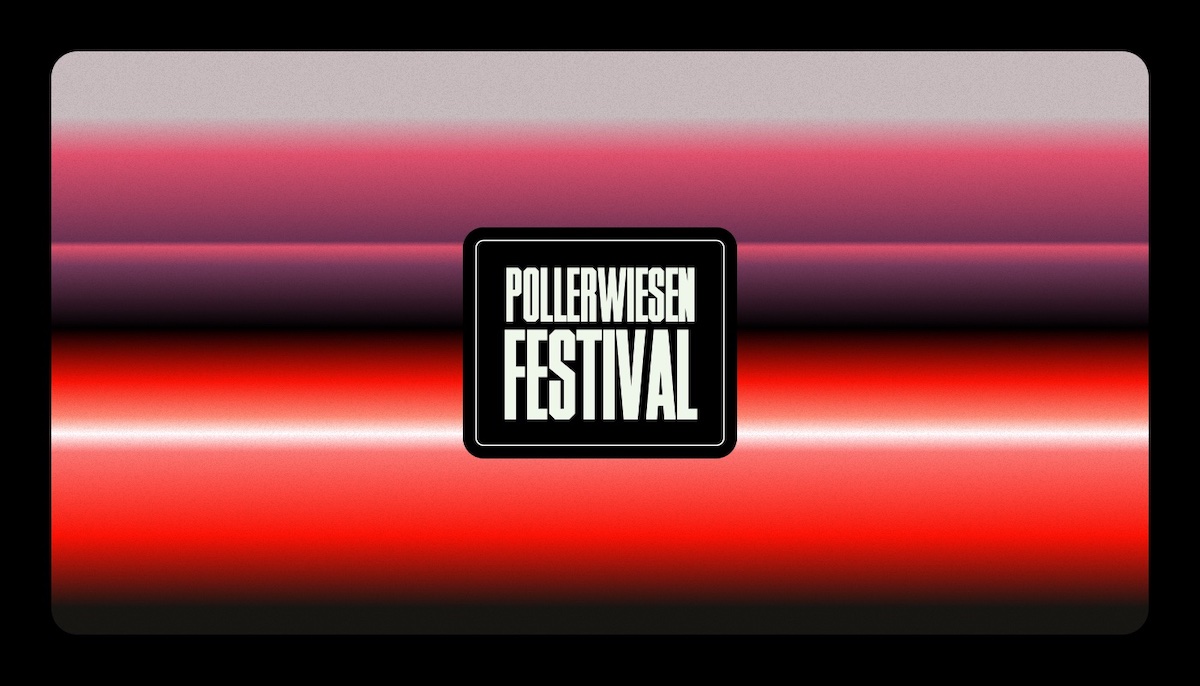 Techno outdoors is a way of life in summertime Germany. PollerWiesen offers lawns, beaches, woods, and sunshine to accompany a top lineup of DJs spinning techno, house and electro beats.

Running since 1993, it has occasionally traveled to other cities, but will once again make its home in Dortmund in 2022. PollerWiesen draws around 12 000 people, so it’s comparatively small and intimate – at least, compared to some others on this list. 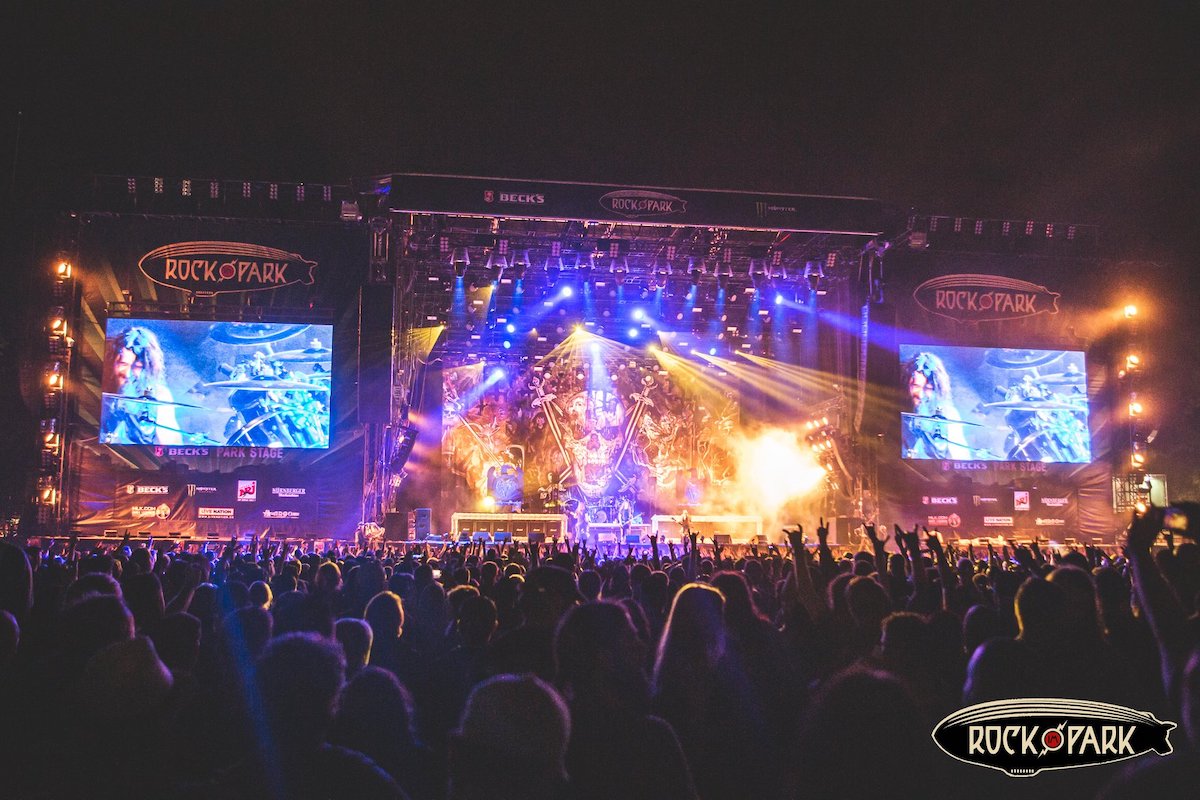 Another classic German music festival is split into two events happening at the same time – one in Mendig, the other in Nurnberg. They share the same lineup, though, so it’s mainly an issue of letting two separate crowds in different parts of the country enjoy the same show.

Since 1985, huge rock names and global stars have shown up here, with appropriately massive crowds enjoying the music and the atmosphere. At last official count, nearly 90 000 fans attended the event. It’s arguably the premier mainstream rock festival of the year. 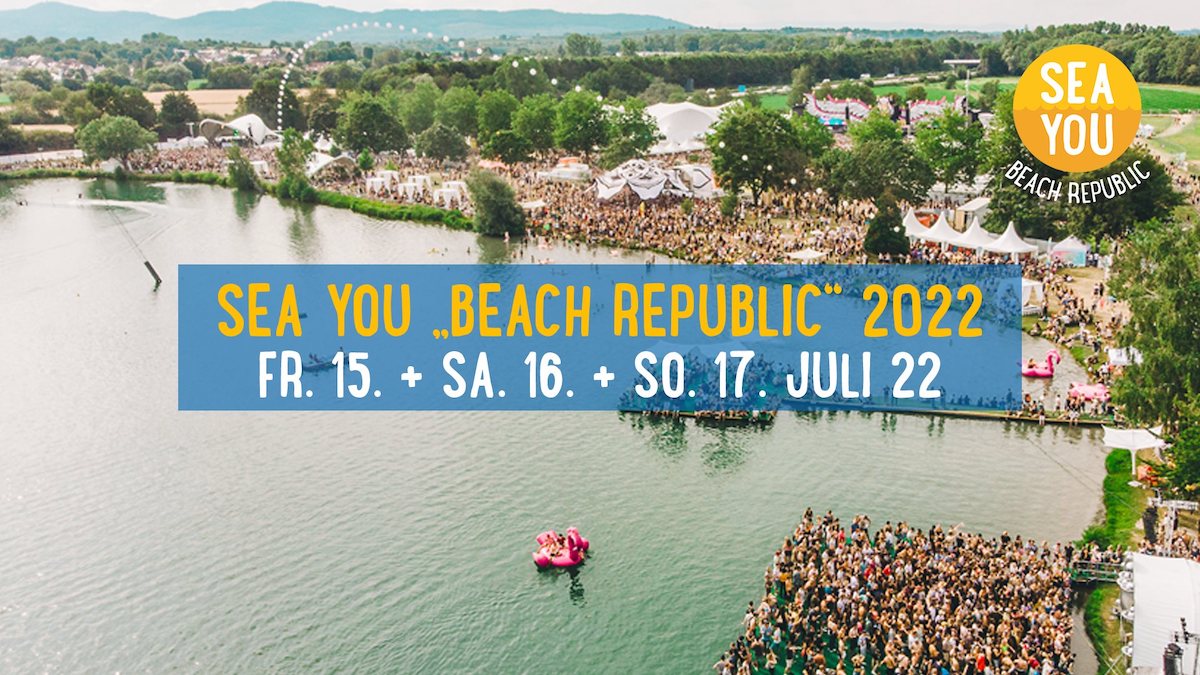 If you fancy a lakeside getaway as your scene when you attend a major festival, Sea You is – erm – for you. The “Beach Republic” is a fabulous weekend on the shores of Lake Tunisee (“see” in German translates to “Sea”).

The fest is appealing for its additional activities like watersports and a beach-like atmosphere to accompany the house and techno beats. You can dance, or you can waterski! Why not do both?

Join the Sea You “Beach Republic” 2022 (official) event for tickets and more information! 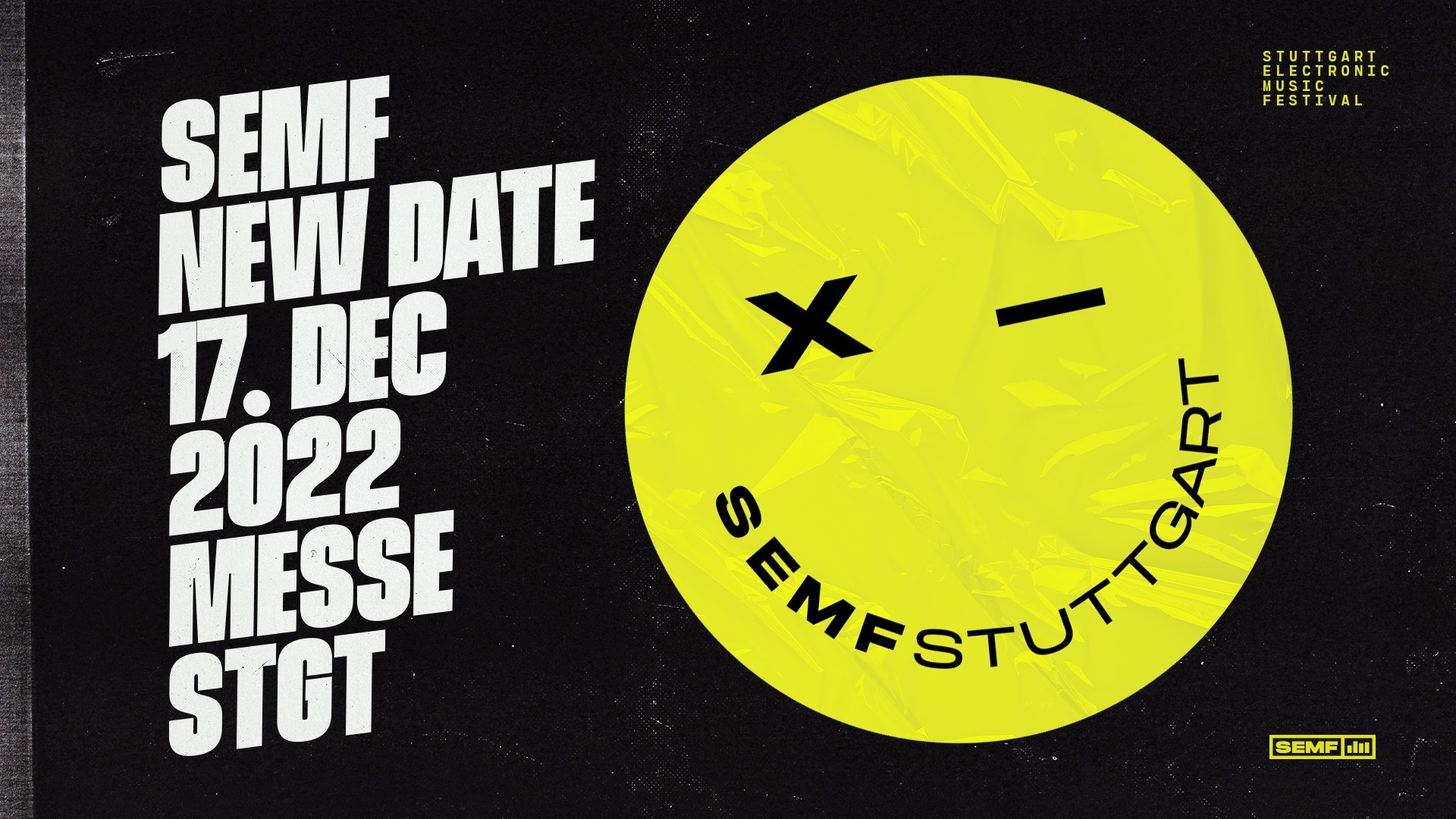 If you can’t wait for a summer fix – most of these take place in summer – then SEMF is your solution. While most techno fests wait for the long days of summer, SEMF taps into a December Christmas spirit, warming your bones the old-fashioned way – with dancing!

Currently scheduled for a comeback after a hiatus in 2021, the festival had at one point claimed to be the biggest dance festival in Germany. Can it reclaim its lofty position upon its return? Time will tell. I’m betting on a big “yes”. 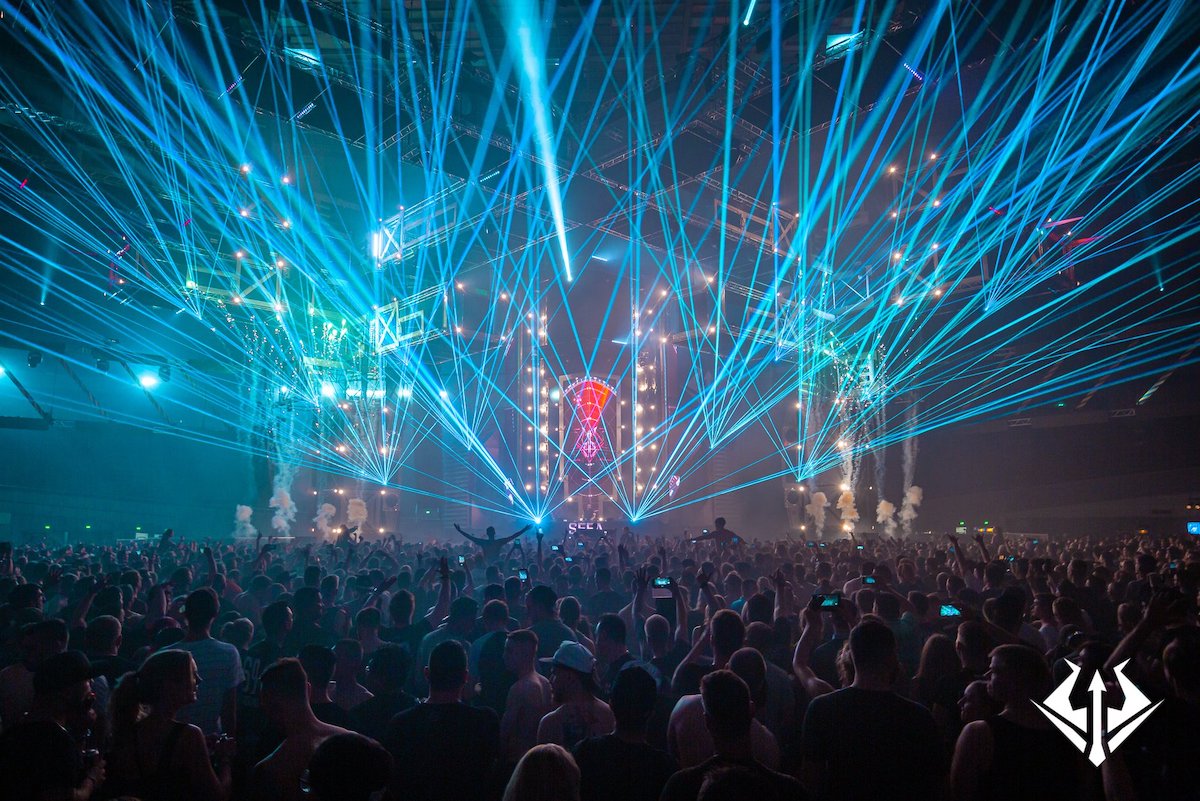 As metal is to rock, so Syndicate’s musical style is to techno and house. Here’s where you’ll feel the energy of a harder dance beat. To suit the mood, the light show and staging reflect the culture of raves in Germany and EDM rapture that feels edgier, and more serious in a way.

Once the overnight sounds of the beat take you it will be hard to resist. The 20 000 fans of hardstyle and hardcore techno will be in seventh heaven. You can almost feel the thudding beat just by talking about it. 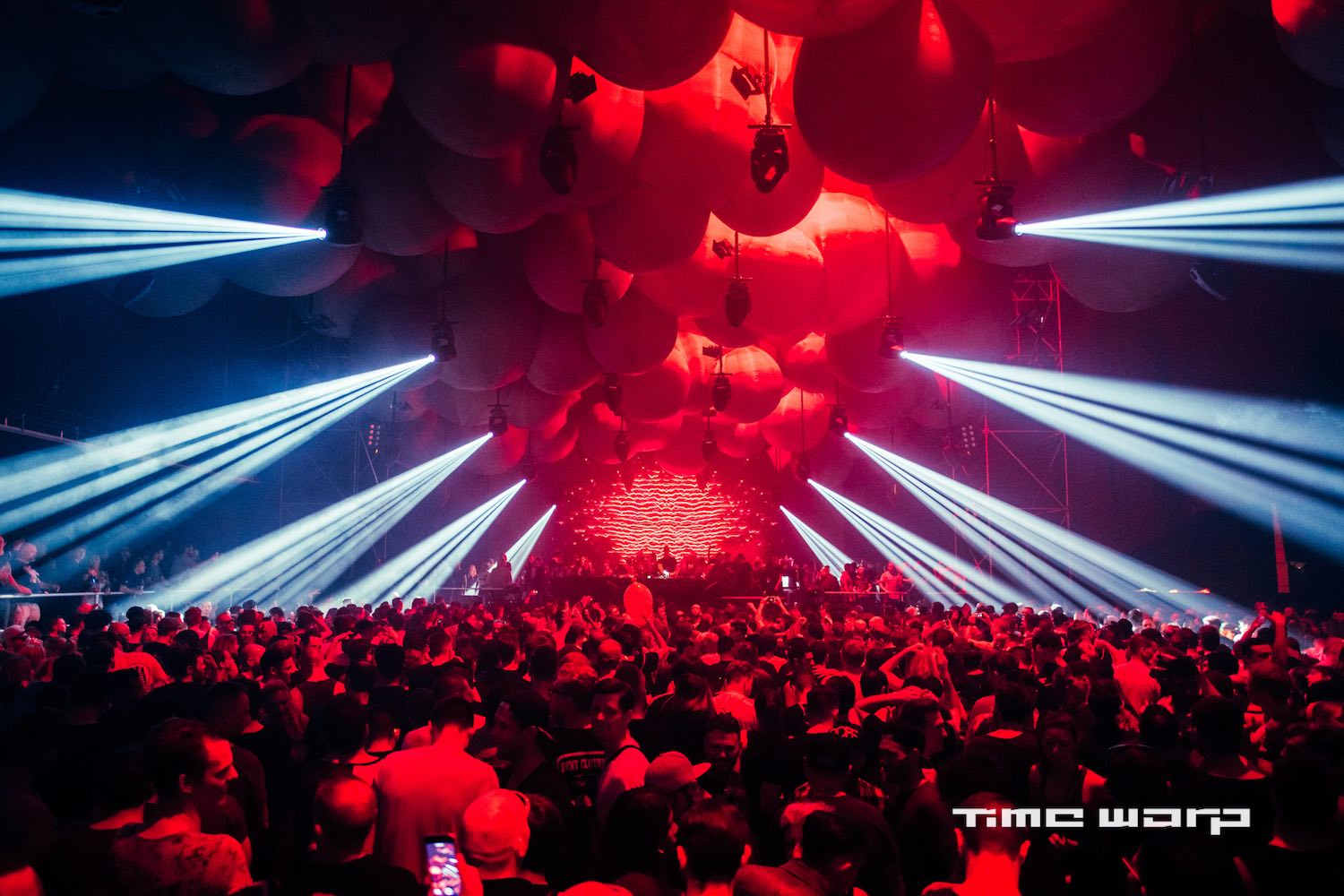 Get the summer season off to a good techno start. Timed Warp is regarded as the great kickoff to the Euro techno party season. It’s now 26 years old and looks like it will return after a year off to once again lead the summer line of dance parties.

It has occasionally ventured beyond Germany, with editions in Turin, Milan, Zurich, and Prague among those highlights. It does however make a home in Germany, with a partner show in Sao Paulo, Brazil.

The Echelon was canceled in 2021 but is currently scheduled for a return in 2022. Though the details on the ground are currently not detailed, news sources are reporting that the dates are secured and the venue will be the same as previous years. If indeed the dance party goes ahead, expect 30 000 revelers to return to this weekend of pure Germany EDM festival madness.

The German rock festival is legendary, as is the exemplary EDM scene. What makes them such appealing draws is the variety of settings, quality of acts, and hugely impressive design and organization. Lots of global touring acts consider Germany a major market, so it’s no surprise that the festival season here is stacked with top names from every genre.

That said, if you’re looking for more action around Europe as a whole, here are several more worth checking out. 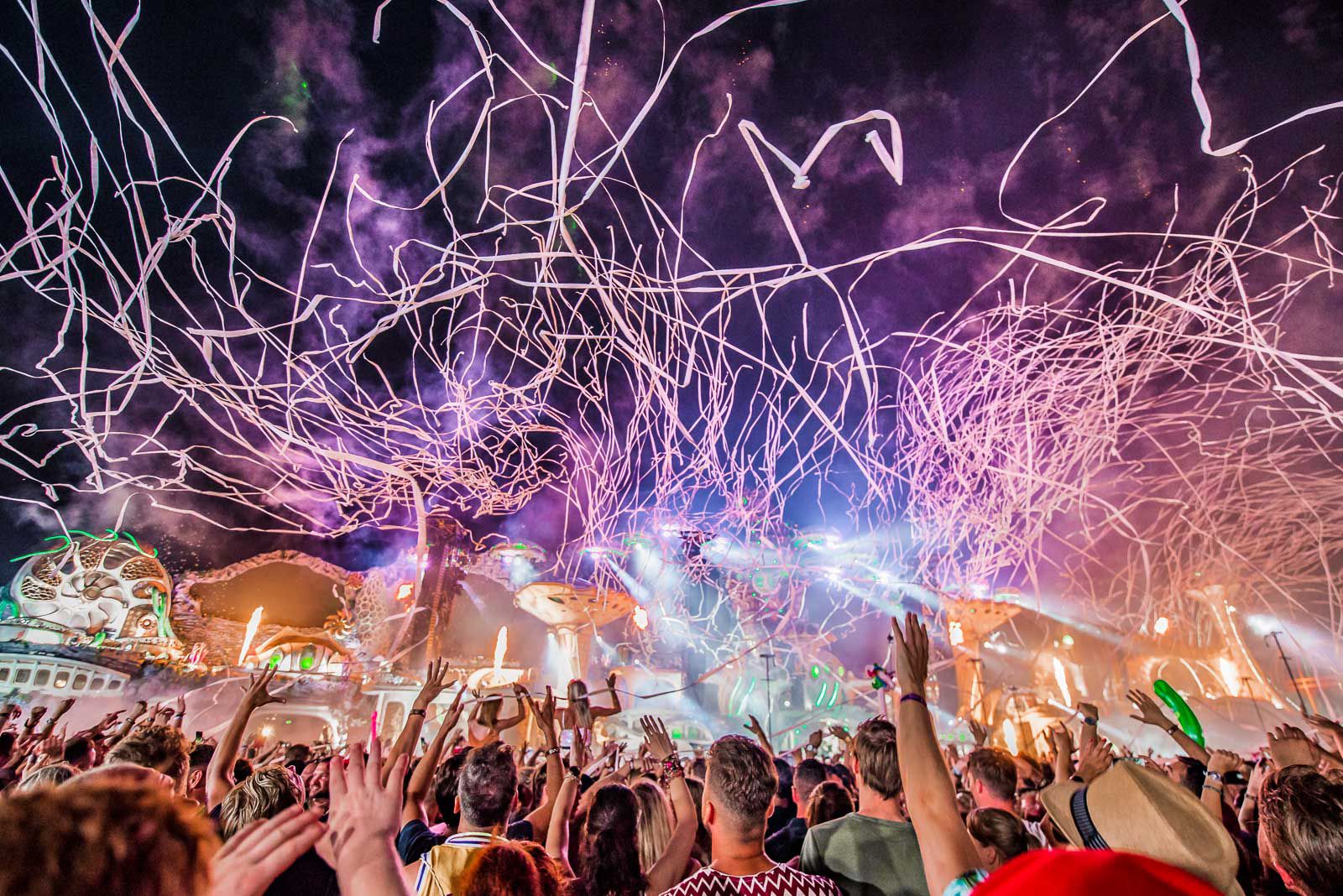 THANKS FOR READING ABOUT THE BEST GERMANY MUSIC FESTIVALS.