Planning a trip to Europe and looking some amazing music festivals in Spain in 2023? Well, you’ve come to the right place as I’ve put together this incredible list of upcoming Spanish festivals and events that you don’t want to miss!

The home of incredible food, world-famous architecture, picture-perfect islands, unforgettable experiences, and of course, a jam-packed year-round timetable of Spanish festivals.  However, if you are lucky enough to visit this European hotspot during the northern summer months of June-August, you’ll have to extend your trip to make time to hit all the best music festivals in Spain has to offer.

From taking in urban beats in the heart of Madrid, city-wide festivals in Barcelona, to offbeat events on Spain’s biggest islands, if you are a die-hard music festival addict…these Mediterranean music magnets must be on your shortlist!

Also, be sure to read my other guides on European Music Festivals & Techno Festivals in Europe for more amazing events! 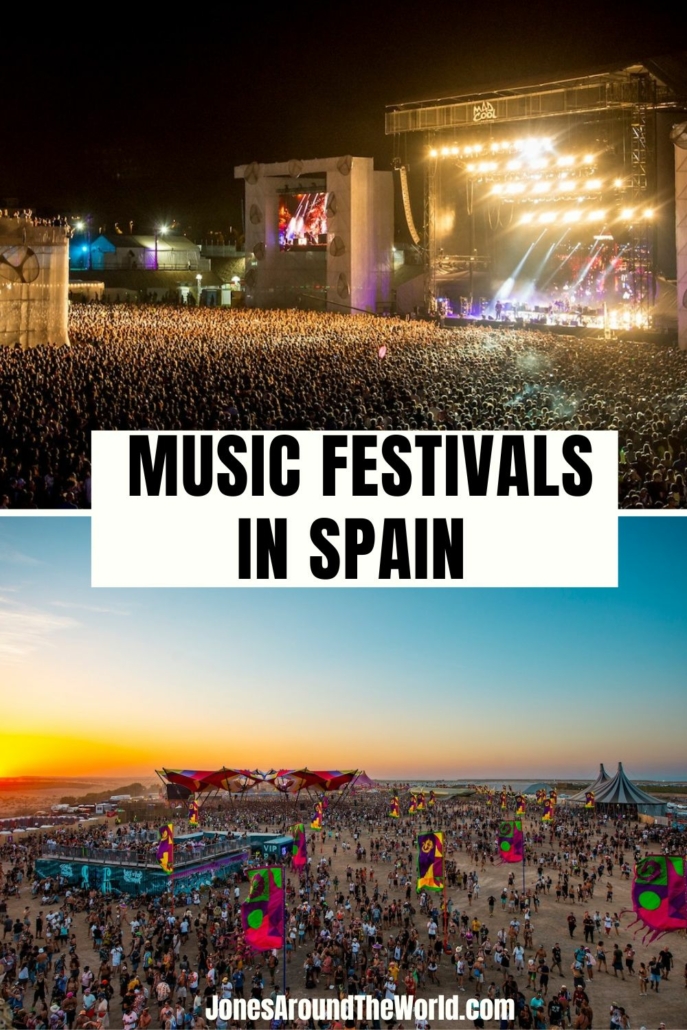 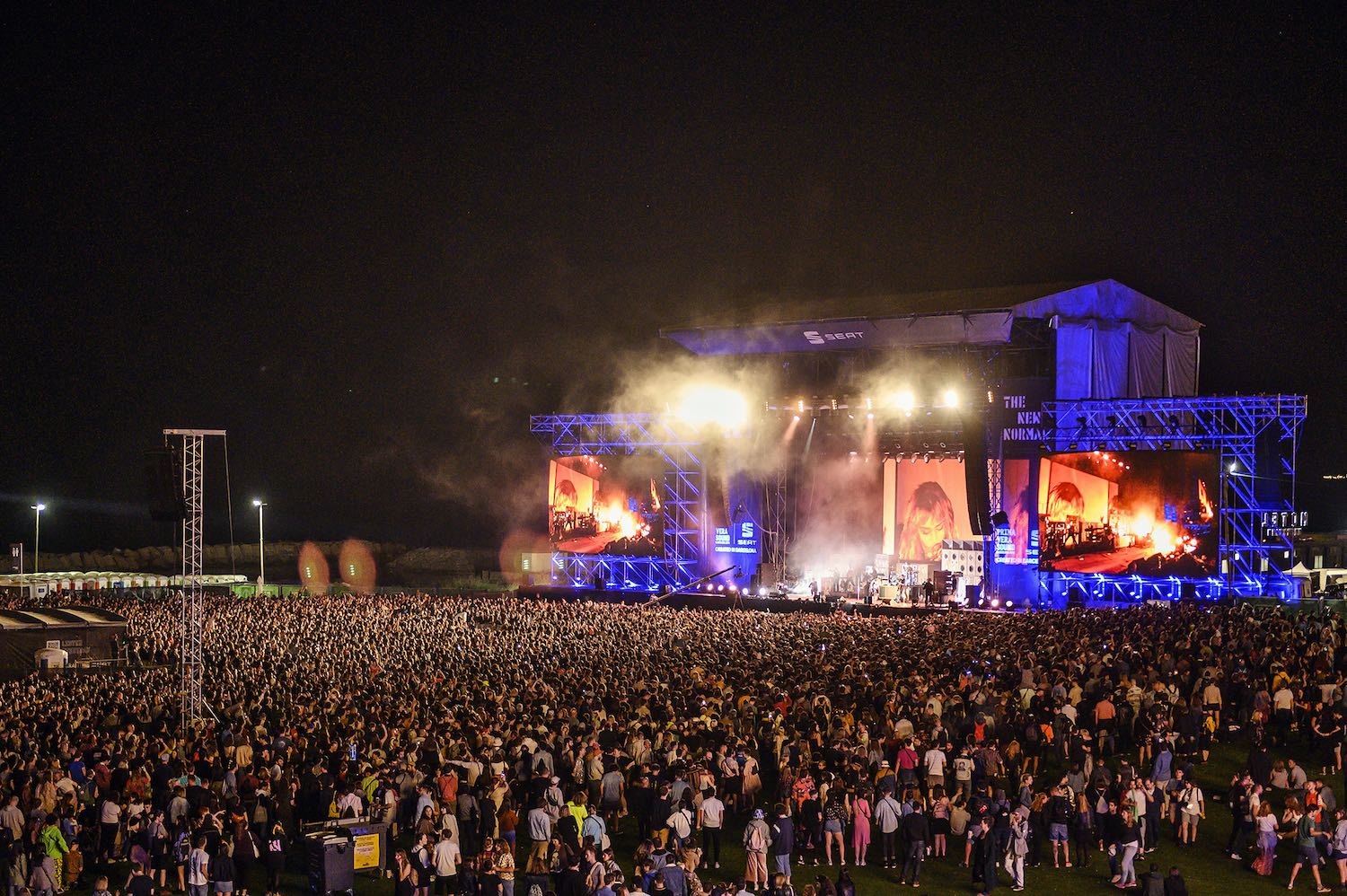 One of the most iconic Spanish Music Festivals ever year | Credit: Eric Pamies

“In the 20 years since the first edition, Primavera Sound has truly elevated itself to become one of the world’s best-known and best-loved music festivals. Taking place each spring in the city of Barcelona, as May turns to June, the festival showcases an often peerless lineup that spans musical styles and showcases the finest alternative and underground talent from across the globe.

From indie stalwarts or hiphop superstars on the Parc del Fòrum’s main stages to rising stars and an array of electronic music’s most respected figures on countless smaller stages, the festival truly has something to offer even them most discerning of music fans.”

2023 Update: For the first time ever, Primavera Sound is hosting an edition in MADRID! They’ve got another STACKED line-up for this year! 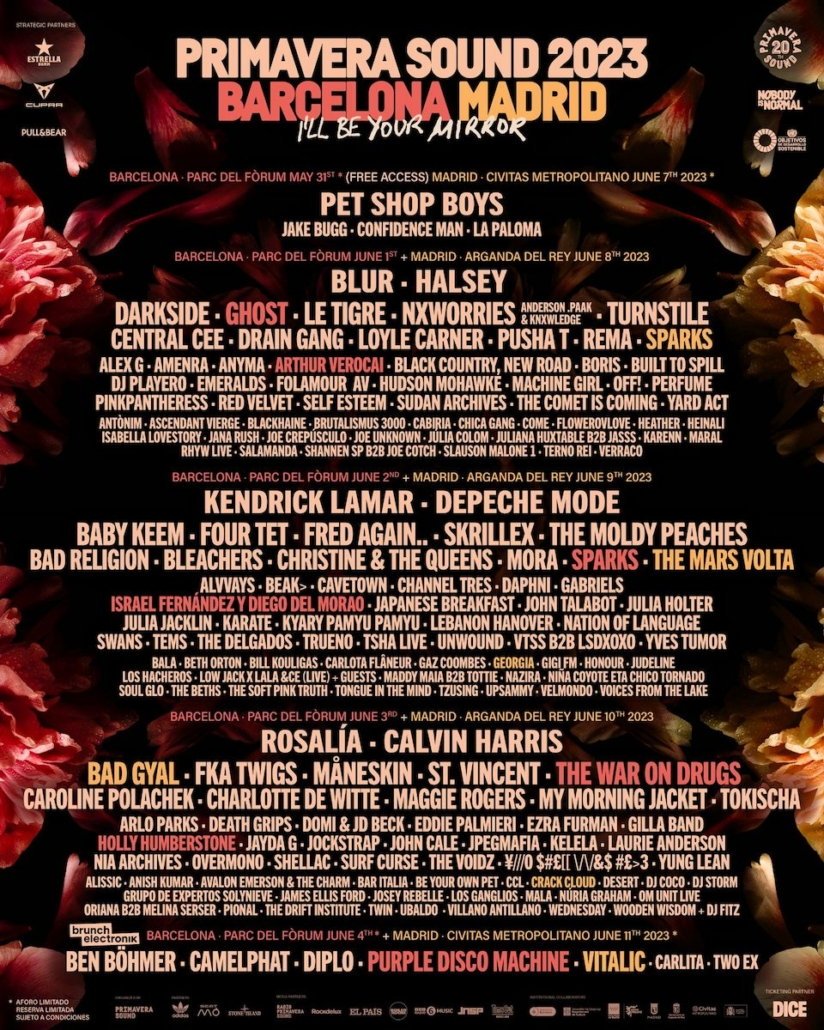 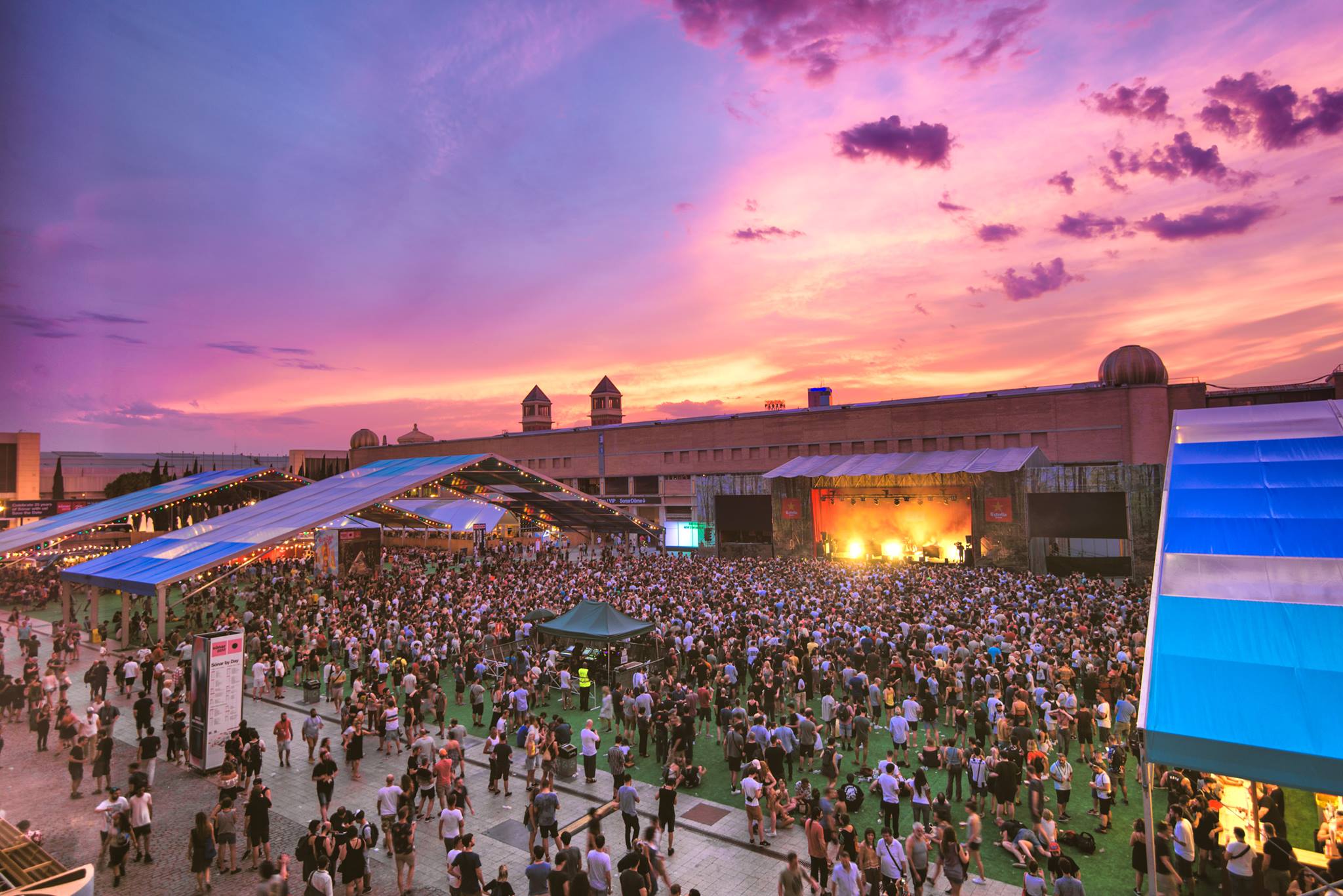 “Sónar Festival is an electronic and alternative music festival in Barcelona, Spain. One of the most celebrated and widely respected festivals of its kind anywhere in the world, Sónar has built a reputation for itself as a hub of experimental and engaging underground culture. This manifests itself not just through an extensive musical program that welcomes big-name acts alongside emerging talent, but also through a series of artistic installations, workshops, talks, debates and seminars. As such, the festival attracts not just music fans but also industry professionals, united in their shared desire to explore the musical and artistic cutting edge.

A pioneering European festival, started in 1994, Sónar is renowned for its unique format and musical program that showcases the latest trends in dance and electronica as well as those artists pushing the limits of musical expression.

With hundreds of artists, performers and DJ’s divided over two emblematic locations – Sónar by Day at the foot of Montjuïc, and Sónar by Night in the stunning Fira Gran Via complex – Sónar is a creative playground, fostering and encouraging new interactions between established artists, exciting newcomers and our open minded international audience.”

One of the coolest camping festivals in Spain | Photo via Facebook

Welcome back to the 27th edition of the Festival Internacional de Benicàssim!

“The Festival Internacional de Benicàssim, commonly abbreviated to simply FIB, is an annual music festival which takes place in the town of Benicàssim, in the Valencian Community. It focuses mainly on pop, rock and electronica artists, as well as having other elements including short films, fashion shows and art.” 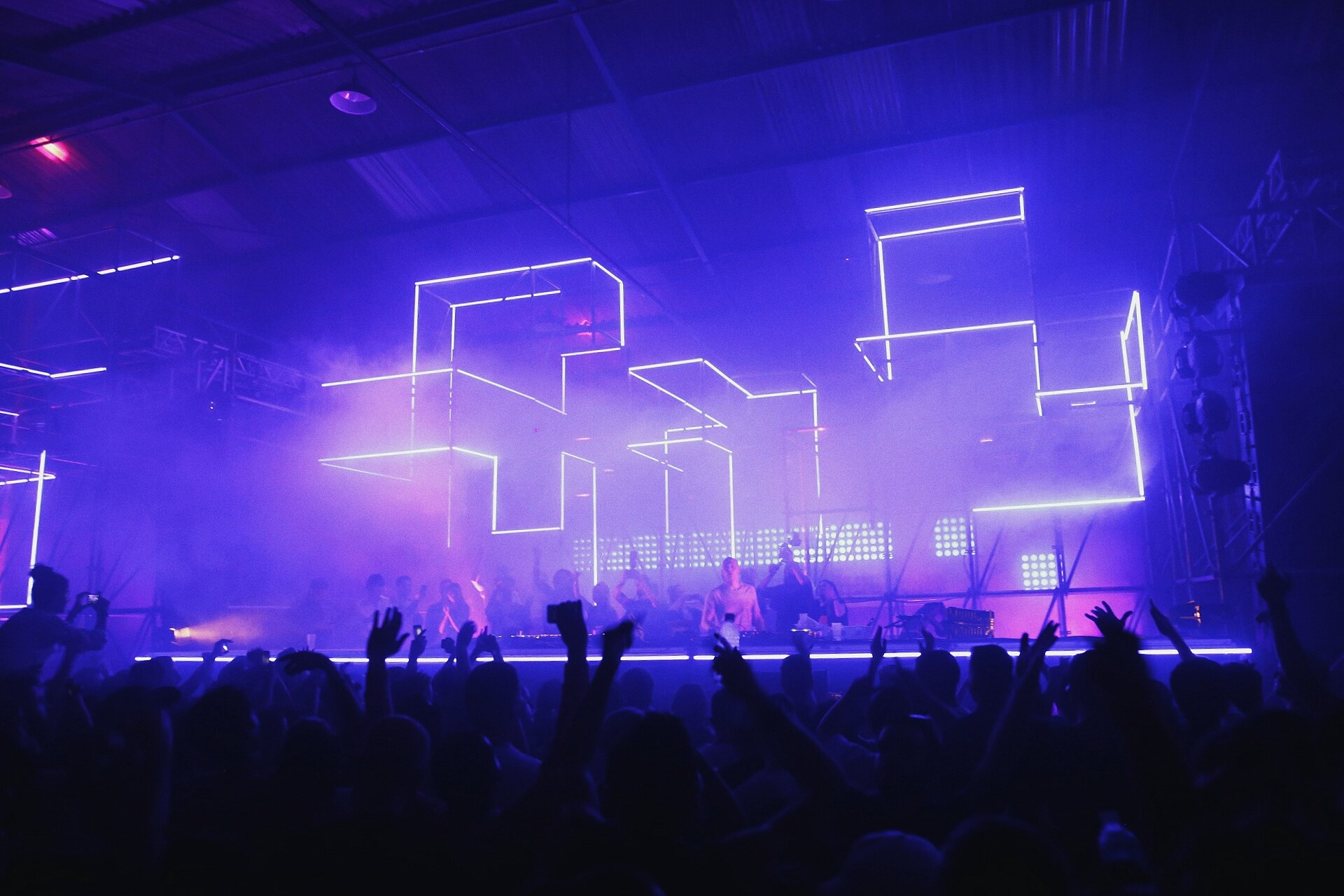 “DGTL is a festival experience full of discovery, inspiration and surprise. Through music, art and production, we tantalise visitors and keep them hungry for more. Throughout the year, we seek out the latest technological innovations and most exciting advances to create an unforgettable festival experience.” 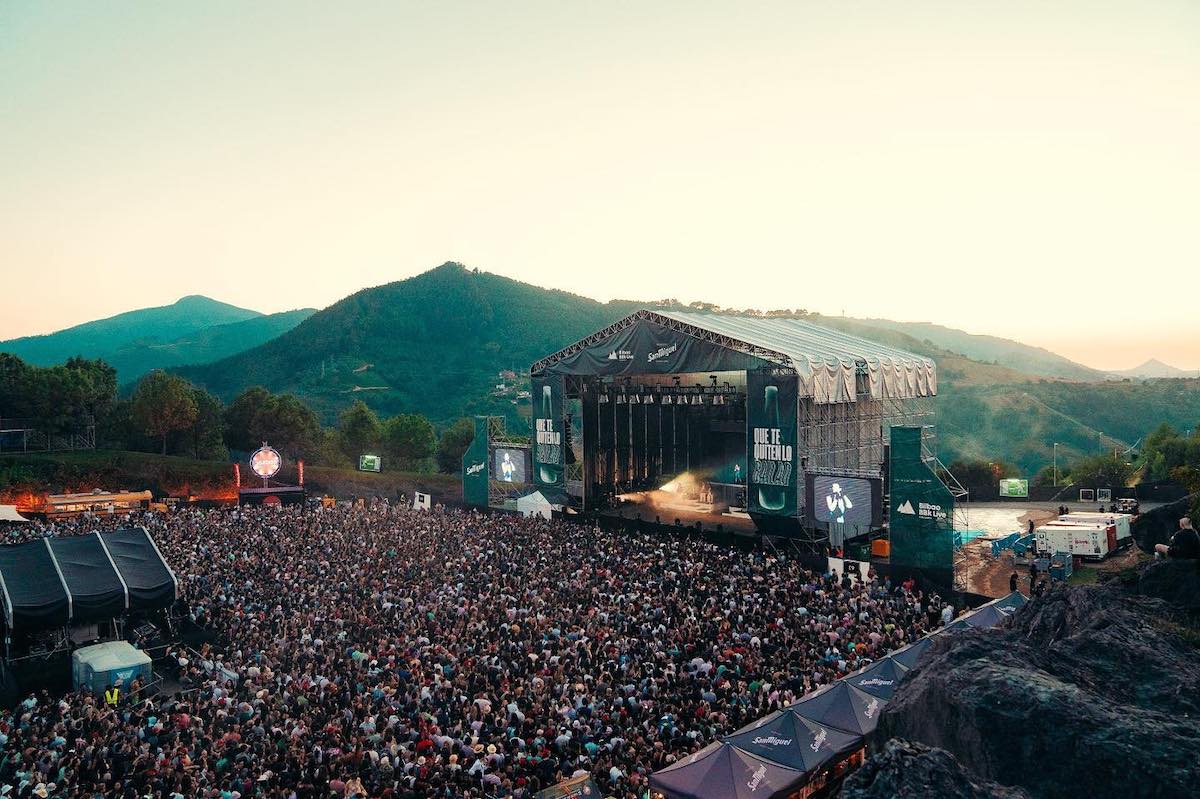 “Bilbao BBK Live is a rock, pop and indie festival in northern Spain. Situated on a lush green mountainside overlooking the city of Bilbao, the festival has become one of the country’s biggest and best-loved, consistently boasting a lineup of internationally renowned acts from a diverse range of genres.”

It’s a unique space to enjoy music surrounded by nature and in communion with it. Held every year on the first weekend of July on Mount Kobetamendi in Bilbao, Basque Country, located in northern Spain, this festival has already welcomed more than a million attendees since its first edition in 2006.

Renowned artists such as Gorillaz, The Strokes, Florence + The Machine, Depeche Mode or Radiohead have headlined its lineup over the years, along with riskier proposals such as Childish Gambino, Brockhampton and Die Antwoord or music legends such as Brian Wilson, The Police, Pixies or R.E.M. In each edition up to 120,000 people attend Bilbao BBK Live throughout its three days in search of a carefully curated experience that combines music, art, gastronomy, nature and the cosmopolitan city of Bilbao.” 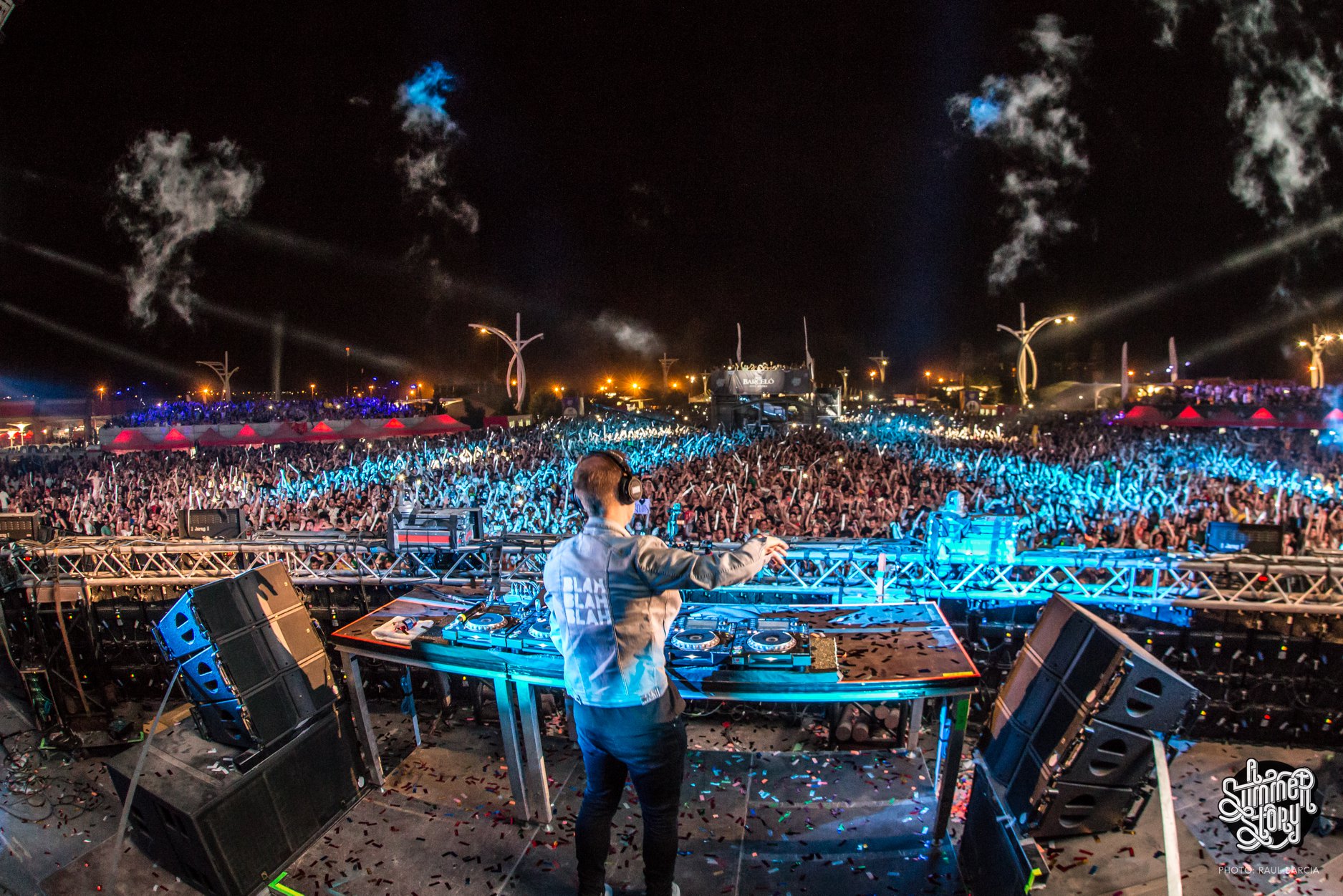 Dance again to the rhythm of the most top electronic music in the 7th edition of the festival in 2023.

“A Summer Story is an electronic music festival held annually in Madrid, Spain. Stunning staging, impressive production, and huge sound systems fill the Ciudad del Rock with the vibrant sights and sounds of the world’s biggest and best DJs and producers.” 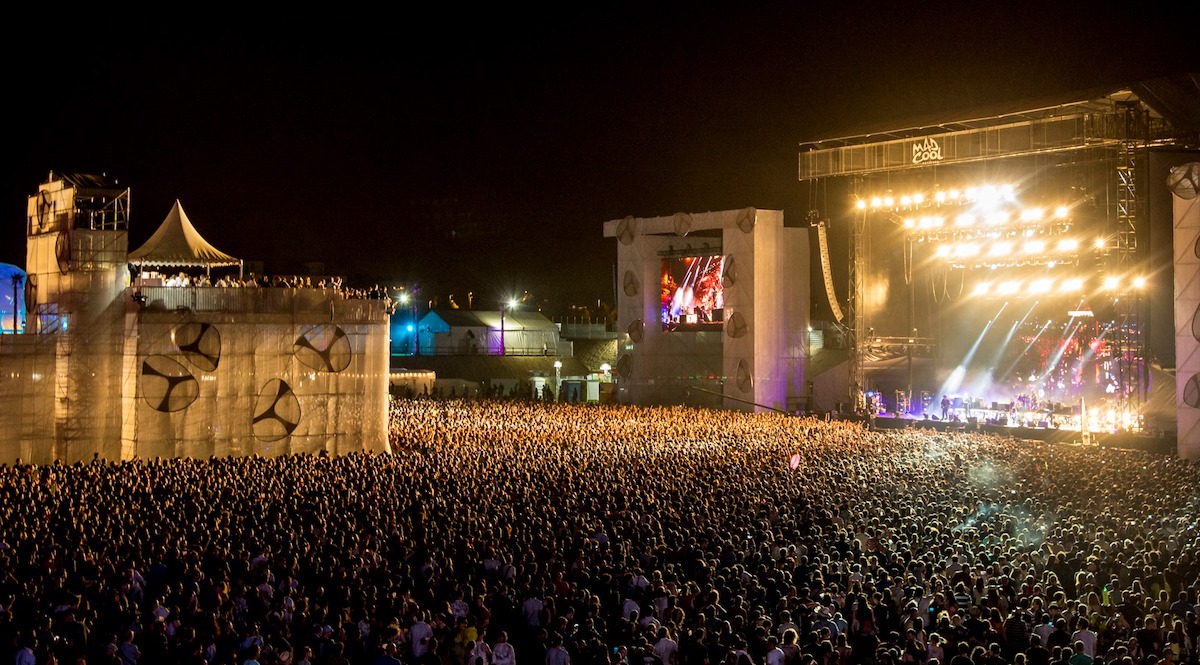 “Arguably the newest festival to be considered among Europe’s absolute elite, Mad Cool is a huge rock, indie and electronic music festival that takes place in the Spanish capital.

Now preparing for only its sixth edition, the three-day festival has gone from strength to strength over the last few years, attracting crowds of 80,000 fans per day. Mad Cool’s biggest draw is without doubt the huge lineup that they offer each year, featuring giants from across the globe. But combine that with the festival’s investment in sound quality, the almost guaranteed summer sun, and the opportunity to explore Madrid afforded by the late start to the music each day, and there’s even more going for it than the acts on the bill.”

Join the MAD COOL FESTIVAL 2023 for more info and check the insane line-up below! 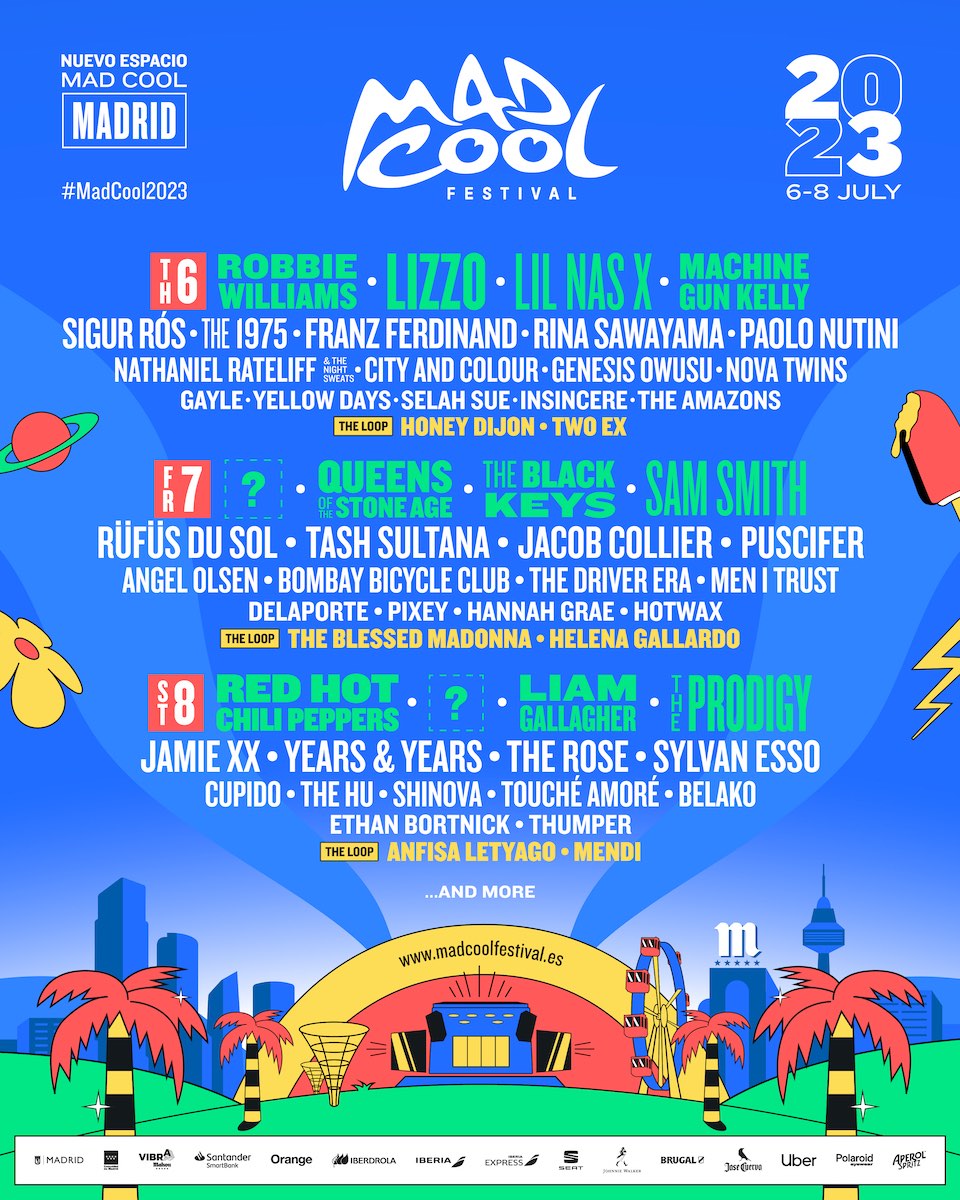 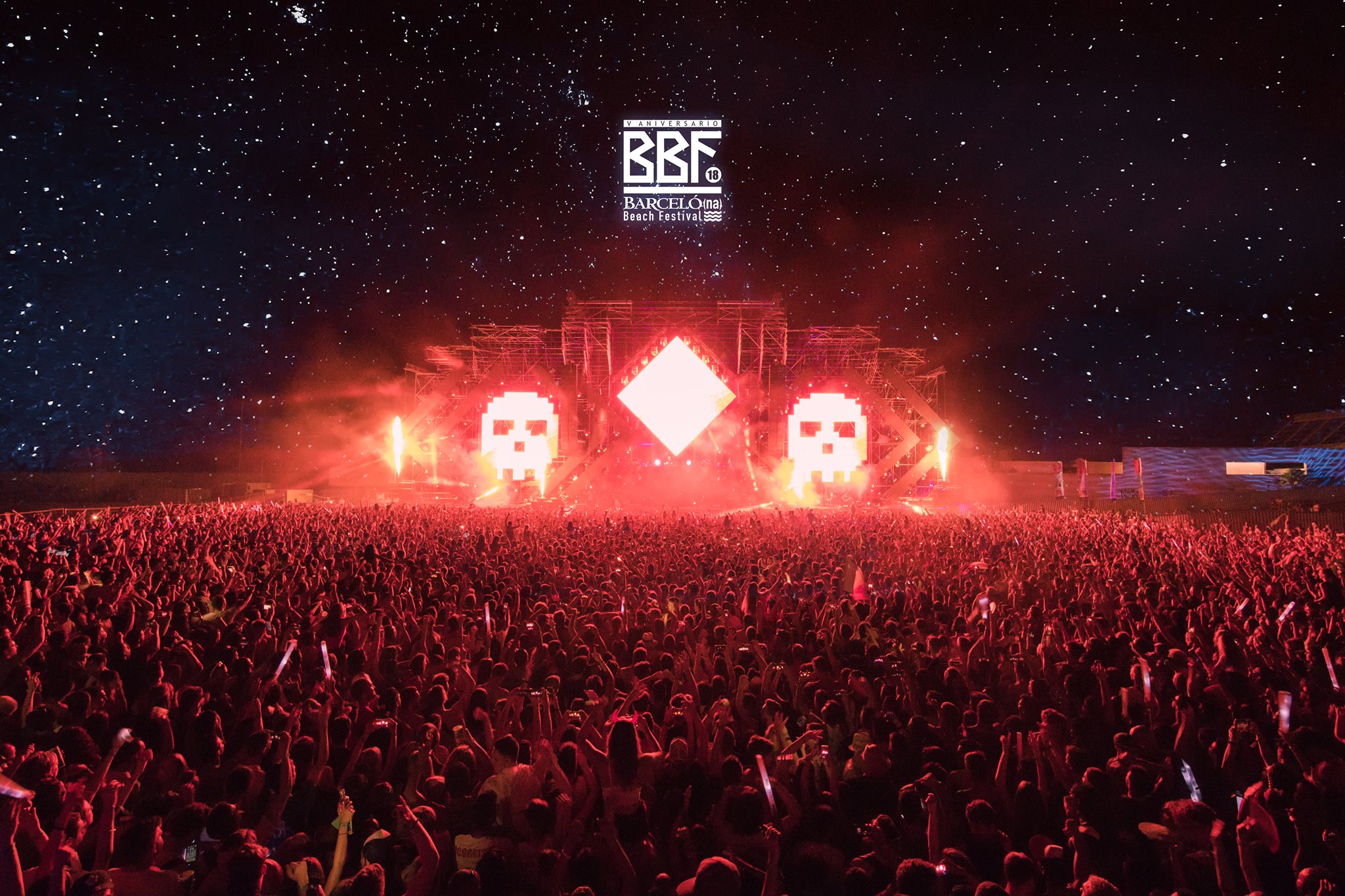 “Barcelona Beach Festival is a huge electronic music festival, featuring some of the mainstream’s biggest stars. As the name suggests, BBF takes place on the sands of the world-famous coastal city, transforming the Platja del Fòrum into one of Europe’s wildest party spots for over 12 hours.

The stacked lineup of dance music giants is matched by the investment in production, with the imposing single stage rising high above the beach complete with enormous soundsystem and an array of special effects to make things go off with a bang.”

“With a successful flagship festival in the UK, Download Festival has expanded onto the continent with new editions in France and Spain. Download Madrid keeps the signature spirit of the festival boasting a heavy metal and rock lineup that is always out of this world. “ 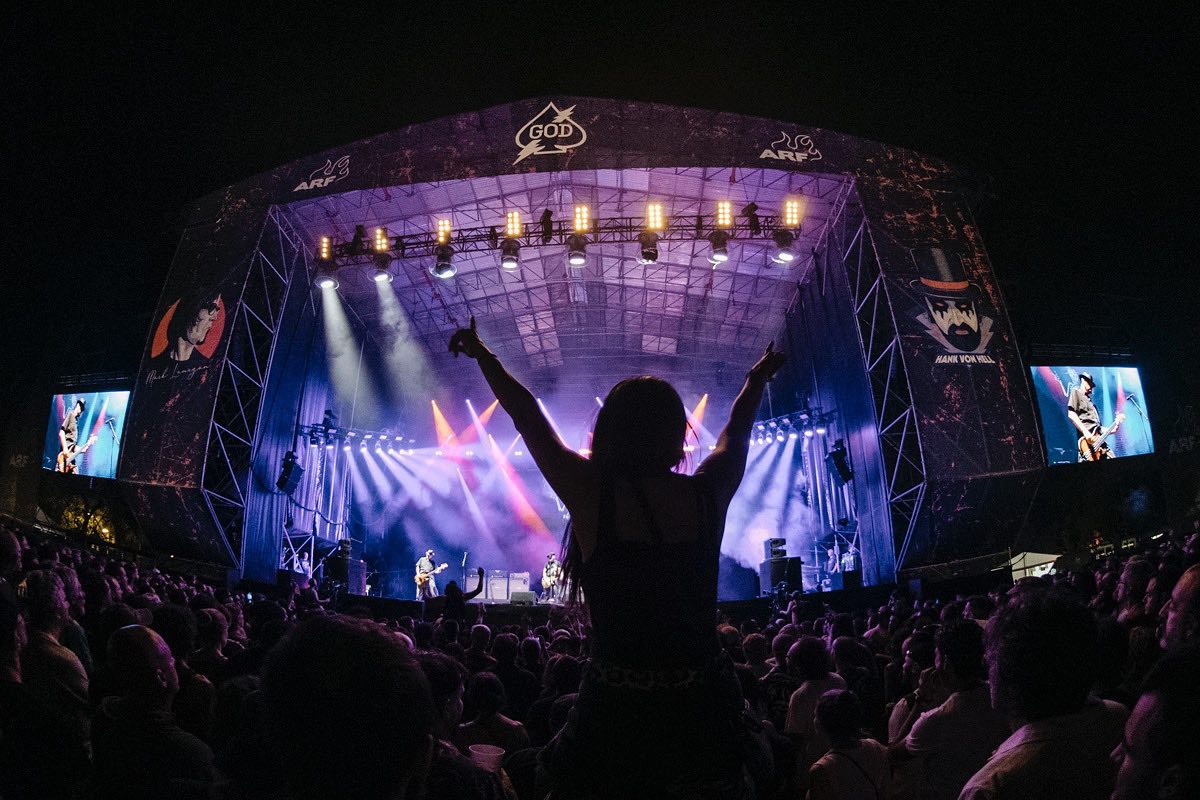 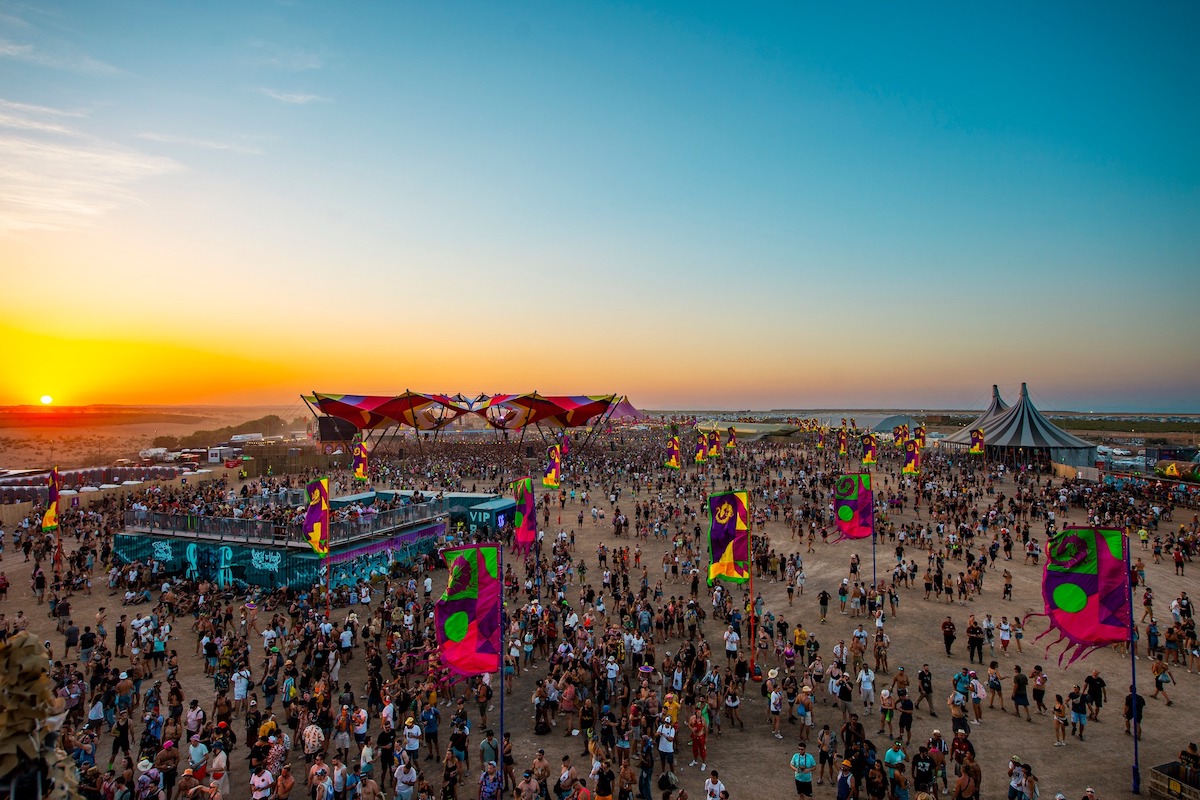 One of the most epic desert raves in Spain | Credit: Monegros Desert Festival

Monegros is a 20-Hours non-stop desert rave festival experience that you’ll never forget! I’ve personally attended this back in 2015, and it was absolutely incredible! The location is super unique, and it’s touted as the only desert festival in Europe!  The line-up is always diversely stacked with several stages, and the sunrise sets are truly magical!

“Almost 30 years ago, the Arnau family had a great dream. Our parents, after discovering all major raves in England and central Europe, at the end of one of those unforgettable sessions of the Florida 135 club by the great techno heroes, they visited the family farm, in the desert of Los Monegros. It was dawn and stars were still shining in the sky and right there, sitting on a bale, our parents decided to turn that space into a great dance floor, all crazy if we move for a moment to 1992. If the majority of young people, outside our borders, had their own illegal raves, we, the Arnau and our clients, would also have our own. What was born as a simple meeting of friends and music fans, over time, it was consolidated as a key reference in the electronic music scene at an international level.

We absorbed the best of that movement that made its way into the most underground clubs and raves throughout Europe; but we also created a new concept of fun “la Ravervena“: a mix of music, dance, entertainment, party and family.”

THE ONLY DESERT FESTIVAL IN EUROPE 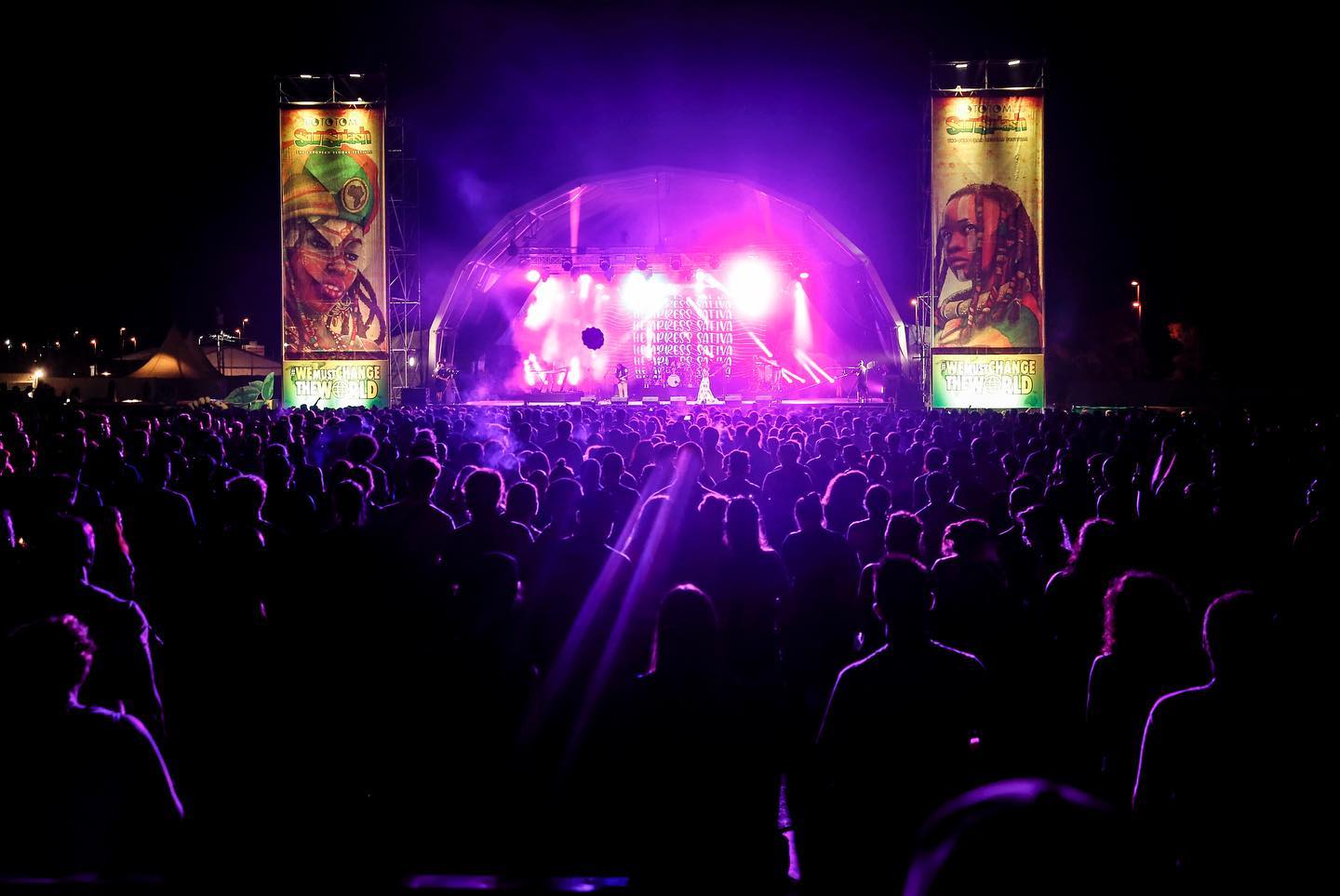 Nowadays, people who listen to reggae music and who come to Sunsplash are fascinated by a lifestyle and a means of connecting with others that focuses on peace, tolerance, respect, solidarity, brotherhood, and nonviolence.” 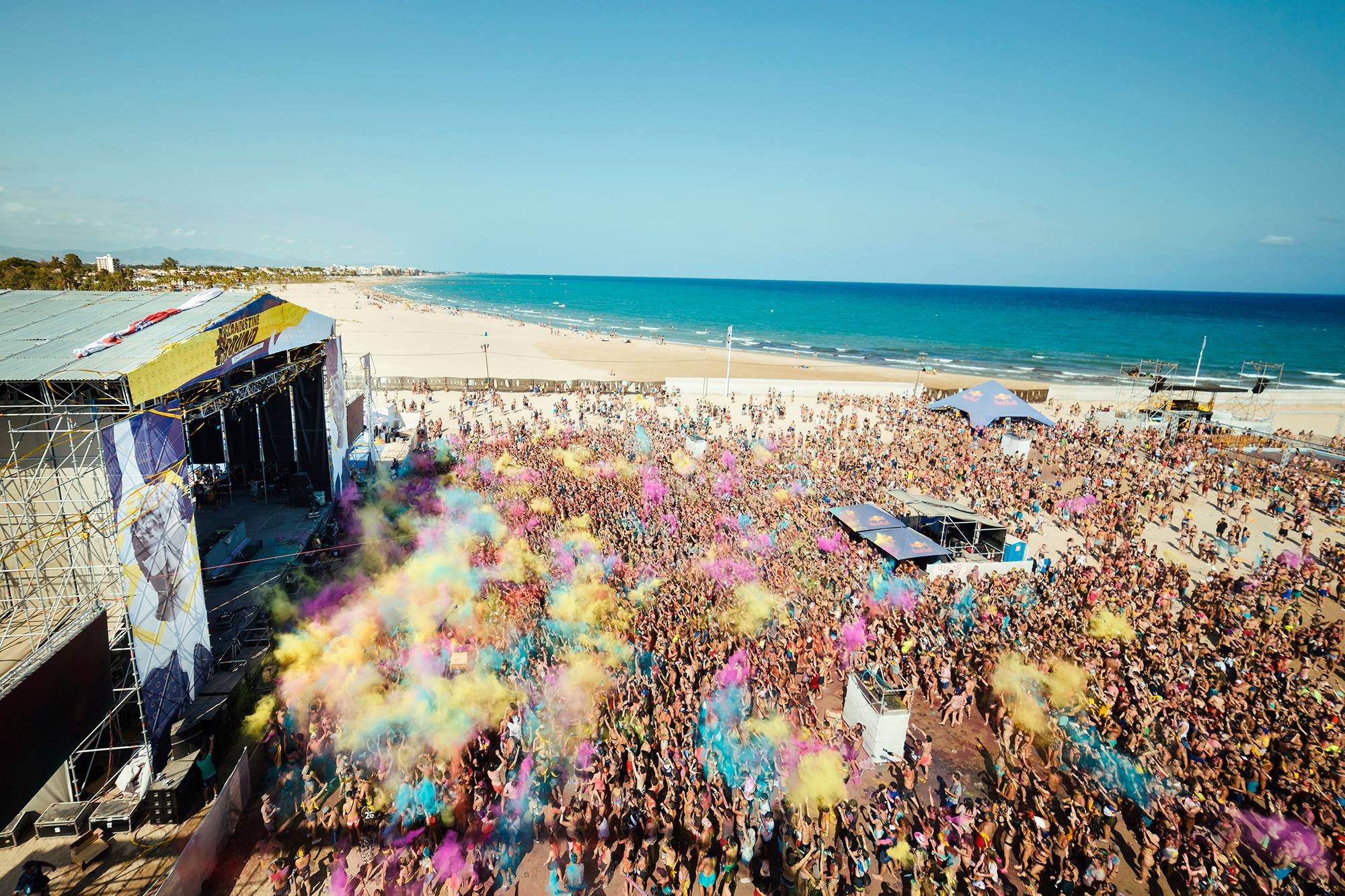 “Arenal Sound is a open-air music festival in Borianna, Spain. The beautiful beachside location on the Costa del Azahar allows music fans to take a dip in the Mediterranean, bathe in the glorious Spanish sun, or party in the on-site pool when they’re not watching the performances from both household names and emerging local talent.” 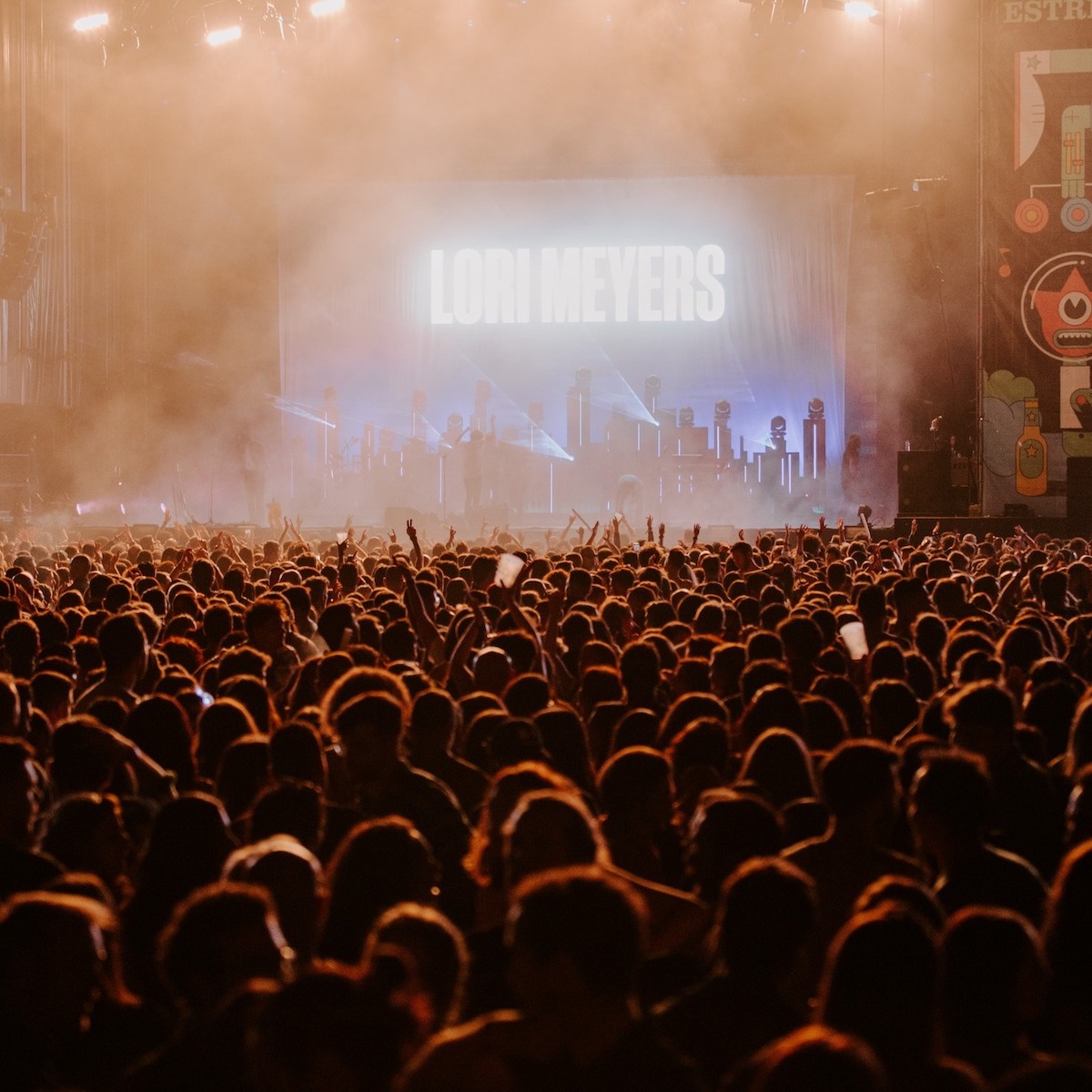 “Kicking off the Spanish festival season in the first weekend of May, the Estrella Levante Festival is a true music and arts festival divided into three main components. Four stages full of electronic, pop, and rock cover the musical scene while the “Voices” showcases conferences and panels all centered on an annual subject.”

“Cruïlla is a unique opportunity to discover the best music in good company, in a nice and neat environment near the sea and with a superb atmosphere. You will also find a varied gastronomic selection from all around the world, chill out zones to rest between concerts and an auteur market.

“The Cruïlla Festival will be held from 5 to 8 July in Barcelona’s Parc del Fòrum. An emblematic city and an unbeatable setting: in the open air and facing the sea. It is an unrepeatable experience. Based on music and accompanied by arts, performance and comedy shows.

There is a place where music of all styles comes from everywhere to make all audiences sing and dance. Whether they are big international artists or small emerging bands, whether they are masters of salsa and bachata, singer-songwriters, rappers… they all meet at Cruïlla, the festival for people who love music.”

Am I Missing Any Major Spanish Music Festivals?

Hot damn…all of these music festivals in Spain look absolutely ridiculous!  As a person who used to live in Barcelona, I can tell you that no other country in the world party likes the Spanish.  If you’re looking for a good time in Europe during the summer, then definitely check out as many of these Spanish music festivals!

There really are so many amazing festivals in Spain all year long, but I wanted to keep it this list a bit more concise – with that being said, I’d love to hear from you and what you think!  Please do leave a comment or shoot me an email if you think a specific festival should be added to the list!

Looking for more festivals in Europe?

I’m one of the biggest festival addicts in the world, and am always researching the best events around the world.  Check out a few of my other articles and find your next destination festival!

Thanks for reading my Spain Music Festival 2023 Guide!