Get to know the most densely populated continent in the world with these amazing facts about Europe. Some will surprise you, others will fascinate you, but most will have you eager to plan your next trip to Europe.

It is home to some of the oldest civilizations in the world, it’s the birthplace of democracy, and it boasts more UNESCO World Heritage Sites than any other continent. Europe is a continent with a long, fascinating, and extremely important history.

It’s also made up of fifty-one incredibly diverse countries, some of which top the list of the most popular travel destinations in the world. From the twinkling lights in Paris, to the fjords in Scandinavia and the beaches of Spain, the continent has a lot to offer. And all of this packed into such a small space!

Whether you choose to explore the stunning French Riviera or spend a weekend in Prague, Europe has something for everyone.

Are you keen to learn more? These facts about Europe will take you on a journey through ancient history, weird country laws, and surprising accolades. 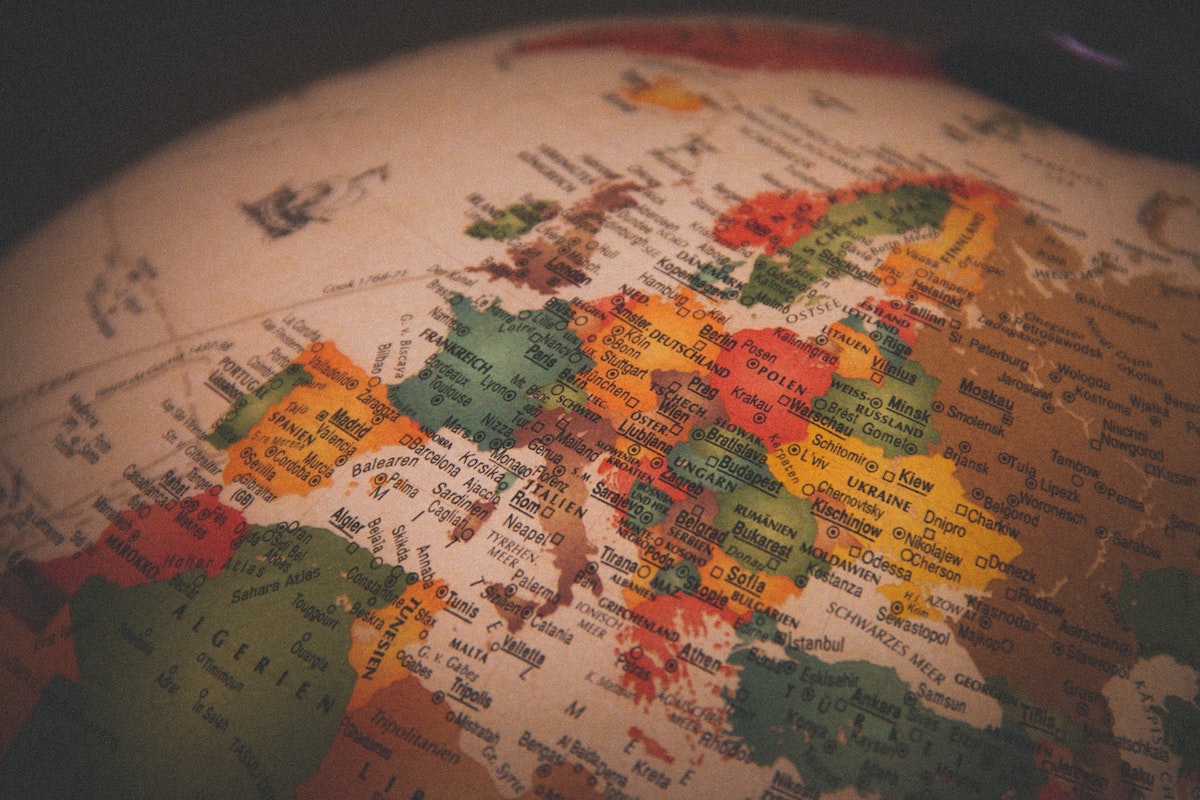 Before we dive into the weird and wonderful, cool and interesting European facts, let’s get some of the basics out of the way. Here are some must-know facts and pieces of information about Europe.

1) Europe is the second smallest continent in size. It is 3,825,730 square miles which is a third of the size of Africa.

2) Despite the continent being the second-smallest continent by area, it has the third-largest population with around 748 million people.

3) The continent is shared by fifty-one countries but only 44 sovereign states. There are a couple of trans-continental countries that span over Europe and Asia, such as Russia and Turkey.

4) The European Union (EU) is a political and economic union of 27 countries, from which the United Kingdom recently left.

6) It is believed that the name ‘Europe’ is derived from Greek mythology. Apparently, Zeus fell in love with a Phoenician princess, Europa 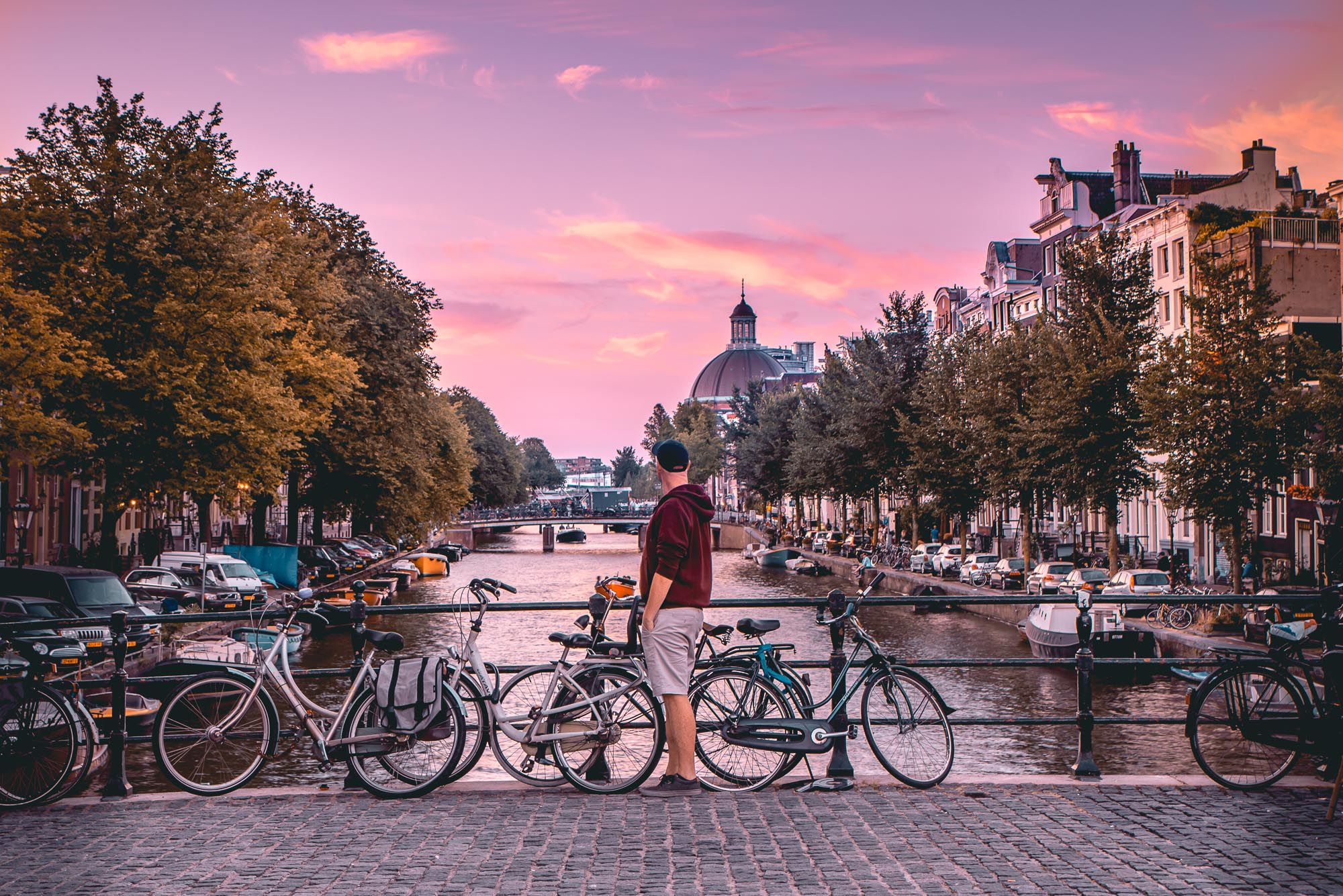 Europe has a long and fascinating history. It is the birthplace of many of the modern social and political systems that we still live by today. Here is an interesting fact about Europe: the first settlement of modern humans in Europe occurred around 50,000 calendar years ago. Keen to know more historical facts about Europe? Keep reading.

7) The first human-like beings are thought to have arrived in Europe 1.8 million years ago.

8) The 27th century BC saw the emergence of the Minoan civilization on the island of Crete.

9) Fast forward hundreds of years to the 7th Century BC when ancient Greece emerged. It was here, in ancient Europe, that democracy was developed.

10) From the 14th to the 17th century, the Renaissance period was a rebirth of art, philosophy, literature, and culture that occurred in Europe. This period is credited for bridging the gap between the Middle Ages and modern-day civilization.

11) The Industrial Revolution, one of the most important periods in history, began in Britain in the 18th century, spreading throughout the rest of Europe, and eventually Japan and the United States.

12) World War One was responsible for destroying four European empires. The war caused the breakdown of the German, Russian, Ottoman, and Austro-Hungarian empires. 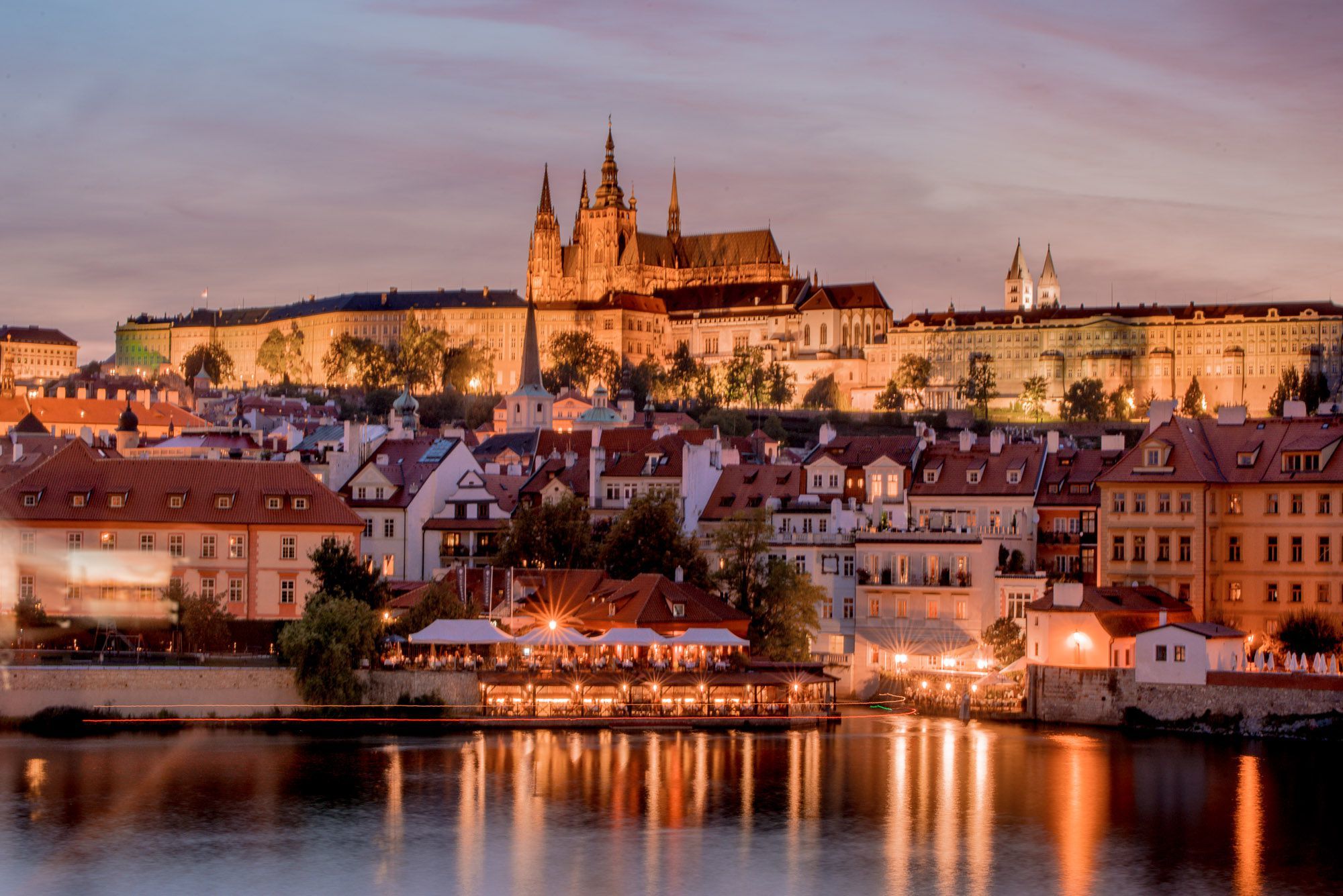 Check out these random and cool general knowledge facts about Europe that kids will love!

15) Sagrada Familia in Barcelona, Spain, is still being built — construction started in 1882 and is ongoing today. In fact, the famous landmark is officially taking longer to construct than the Pyramids.

16) There are more bicycles than there are people in the Netherlands.

17) If your favorite meal is a Big Mac then you should visit Germany. It’s the country with the most Macdonald’s branches in Europe.

18) Spain is bananas! It’s not only an awesome country in Europe to visit, but it also grows 60% of the continent’s bananas.

20) The oldest zoo in the world is found in Europe. The zoo is located in Vienna, Austria, and has existed since 1752. 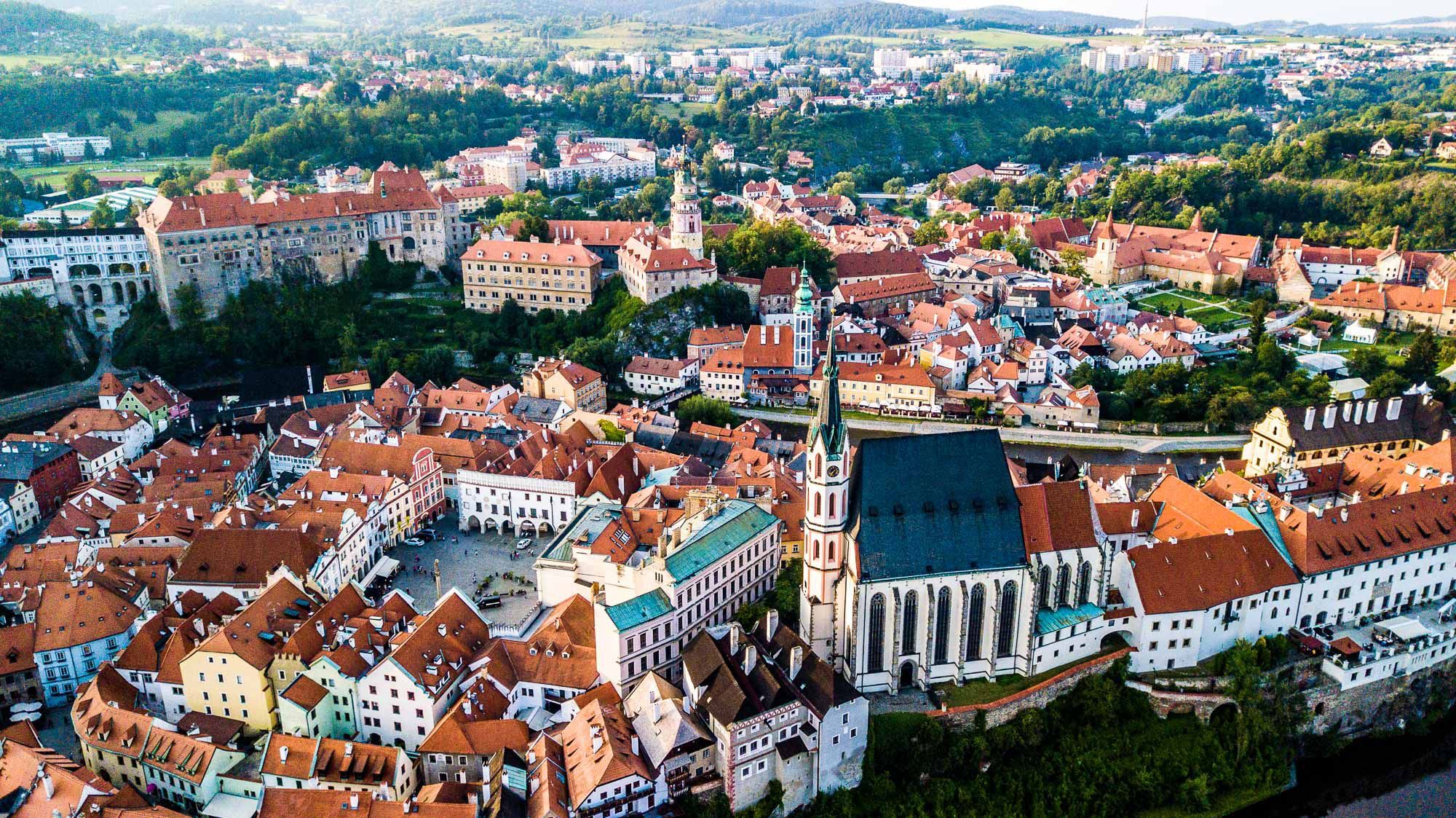 20) Are you looking for one of the few places in the world that don’t have mosquitoes? There are only two places in the world that are completely mosquito-free — Antarctica and Iceland. You probably can’t wait to plan a mosquito-free trip to the beautiful European country. If you’re camping anywhere else in Europe, though, don’t forget your bug spray.

21) In Switzerland, it’s illegal to mow your lawns on Sundays. You’re also not allowed to build anything or hang your clothes out to dry in a place that’s visible to the public. Noise and household chores are not allowed to mess up your, or your neighbors, chilled Sundays. Sounds amazing, doesn’t it?

22) If you have a baby in Denmark you’ll have to choose a name from an approved list. There are 7000 names on the list, so you should find something you like.

23) Say this ten times fast: Llanfairpwll-gwyngyllgogerychwyrndrob-wllllantysiliogogogoch. No this isn’t some cruel tongue twister, it’s a town in Wales with 57 letters.

24) Europe is not only the home to extremely long town names but also very short ones. You’ll find villages in Scandinavia that are just one letter long. For example, the village ‘Ö’ that translates to ‘island’. 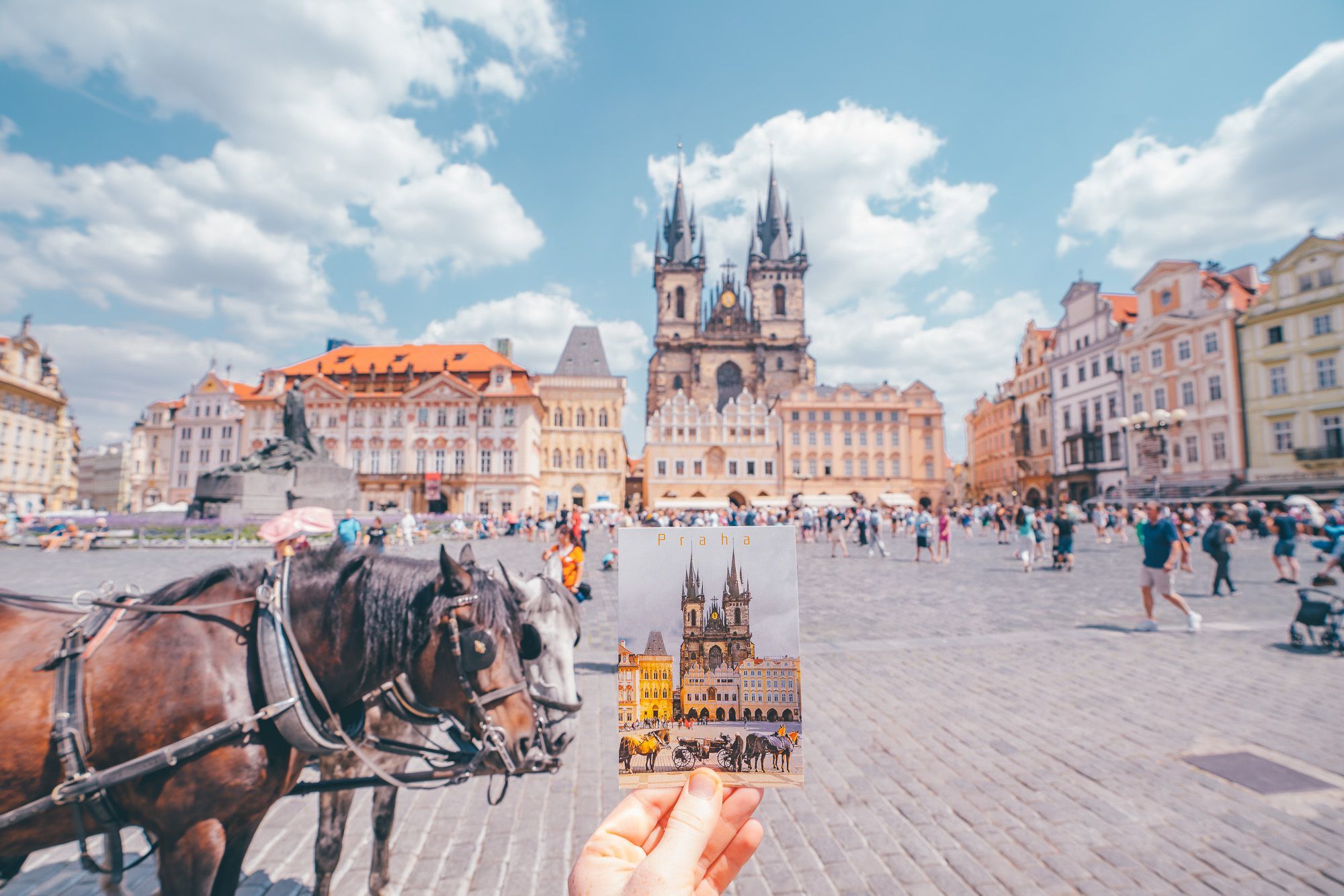 These Europe fun facts will give you a little more insight into the amazing continent. From the most visited landmarks to the wildlife residents, learn more here.

25) An estimated 39% of the land area in Europe is either grassland or farmland used for growing crops.

26) Europe boasts five out of the top ten tourist destinations in the world. Can you guess which tourist destination sits at number one? Paris, France! Millions of people flock to see the Eiffel Tower, the Louvre Museum and to experience the romantic City of Lights and Love.

27) In fact, the Louvre is the most visited attraction in Europe. Could it be the famous Mona Lisa that attracts so many visitors?

28) Belgium is famous for producing the best   in the world (don’t tell that to the Swiss). Well, more chocolate is bought at Brussels Airport than anywhere else in the world — over 800 tonnes every year!

29) The largest church in Europe is St. Peter’s Basilica in the Vatican City.

31) We have Europe to thank for 44% of the world’s wine. The biggest wine producers in Europe are France, Italy, and Spain.

32) Volkswagen is the biggest company in Europe in terms of revenue, and one of the largest in the world.

33) The tallest building in Europe is 1,516 feet high and is located in St Petersburg in Russia. 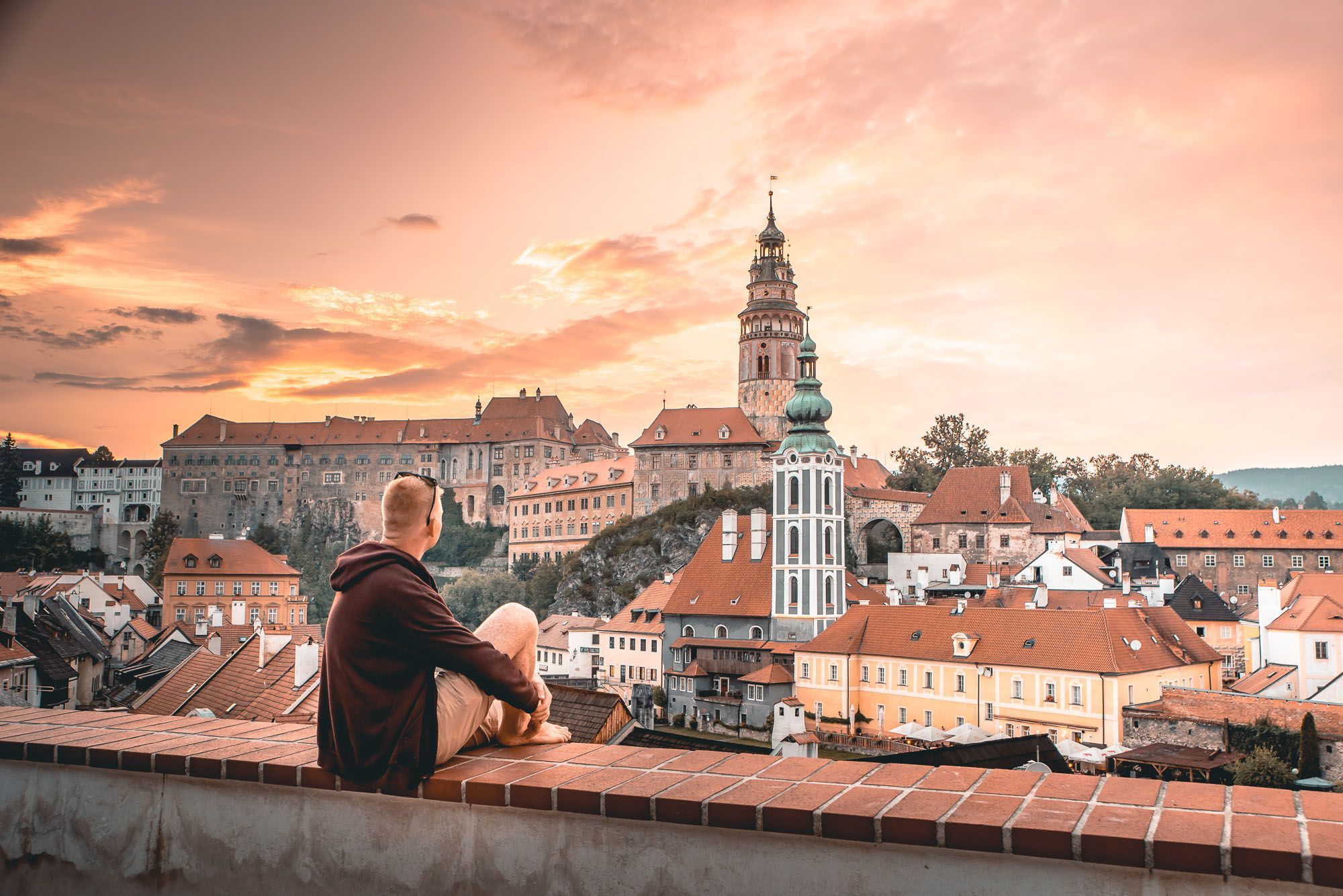 Want to know some cool facts about the individual countries that make up Europe? There are some pretty fascinating accolades that European countries hold.

34) The three largest countries in Europe are Russia, the Ukraine, and France. The part of Russia that is found in Europe is bigger than any other country on the continent!

35) The largest city in Europe that is located entirely in Europe is Moscow, Russia (no surprise there). Istanbul is slightly larger but the city spans both Asia and Europe.

36) The smallest country in Europe, and the world, is the Vatican City. It is the smallest both by land area and population.

37) There is a tiny town in Croatia that has a population of only 30 residents! Hum is not only the smallest town in Europe but the world.

38) Europe is home to the most densely populated country in the world — Monaco. The country is smaller than Central Park in New York and more than 32% of its population are millionaires.

39) The northernmost town in the world is located in Norway, Europe. Longyearbyen (that’s a mouthful) is 78 degrees north.

40) The world’s northernmost capital city, Reykjavik, is located in Europe in the country of Iceland.

41) You’ll find the largest landlocked country in the world in Europe — Kazakhstan. The country is in the top 10 largest countries in the world and the only one on that list that is landlocked.

42) The oldest monarchy in Europe is the Kingdom of Denmark. It was founded in 935 by Viking kings.

43) If you love visiting old castles then you should plan a trip to the Czech Republic. The country has the most castles in Europe — a whopping 932!

44) The Republic of San Marino is the oldest independent state in Europe. It’s been around since 301 AD.

45) The oldest European country name is Bulgaria. The country has been named Bulgaria since 681 AD. 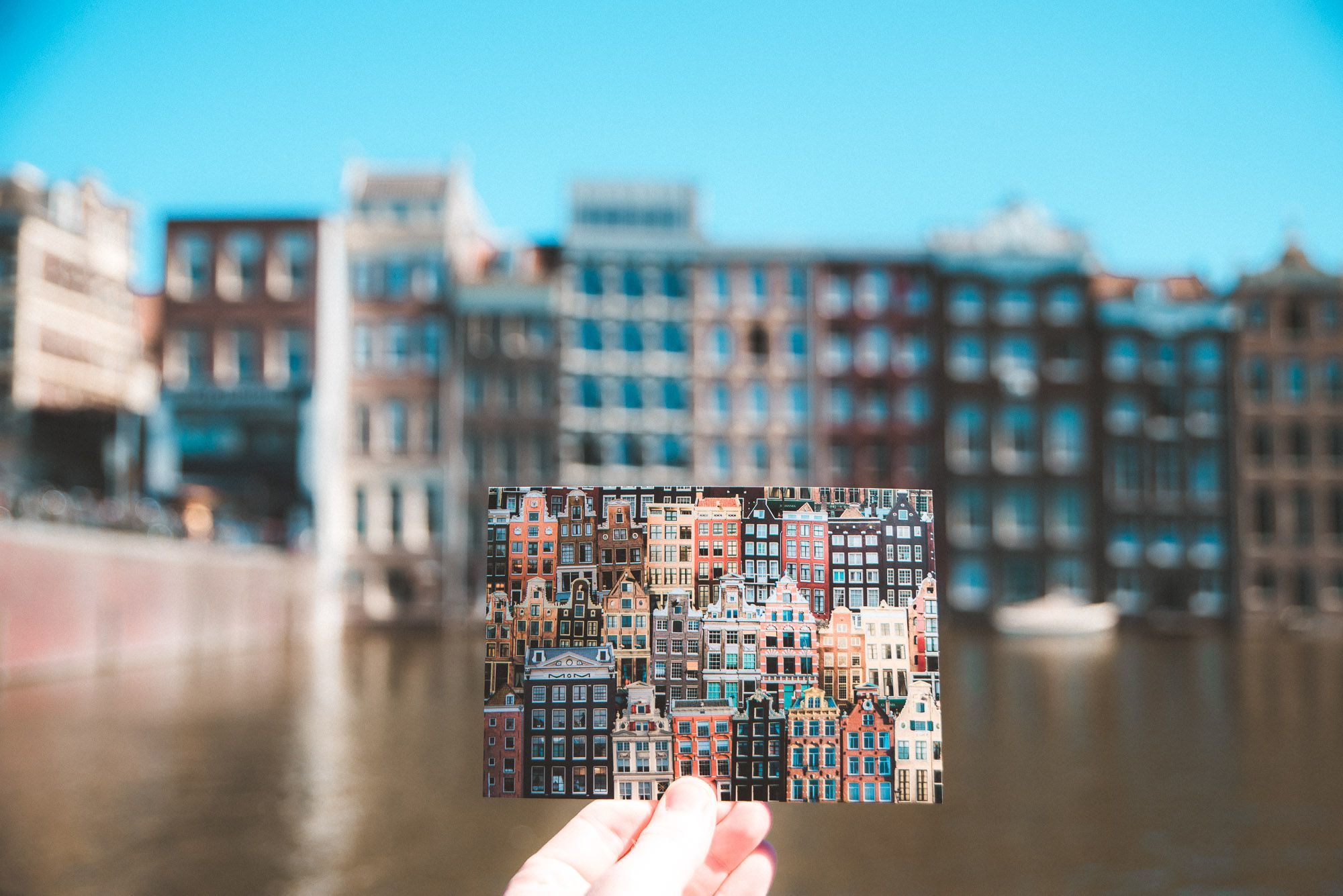 So, you know that the European continent is in the northern hemisphere, but do you know how tall the highest peak is, or where the longest river is located? Here is all you need to know about European geography.

46) The highest mountain in Europe is part of the Caucasus mountain range in Russia. Mount Elbrus is 18,510 feet.

47) The longest and highest mountain range that is located entirely in Europe is the Alps. The tallest peak, Mont Blanc, sits on the border of Italy and France and is 15,781 feet.

48) Russia seems to be taking a lot of the titles in Europe, and it also is home to the longest river on the continent. The Volga River is 2,295 miles long.

50) The Danube River flows through ten countries and is the second-longest river in Europe at 1,777 miles long. It’s the most important commercial waterway on the continent.

51) Norway has a 62,000-mile-long coastline — the longest coastline in Europe and the second-longest in the world.

52) Europe isn’t all snow-capped peaks and glacial lakes. There’s a rainforest on the continent, too. Located in Bosnia and Herzegovina, the Perućica Rainforest is Europe’s last jungle and is strictly protected. 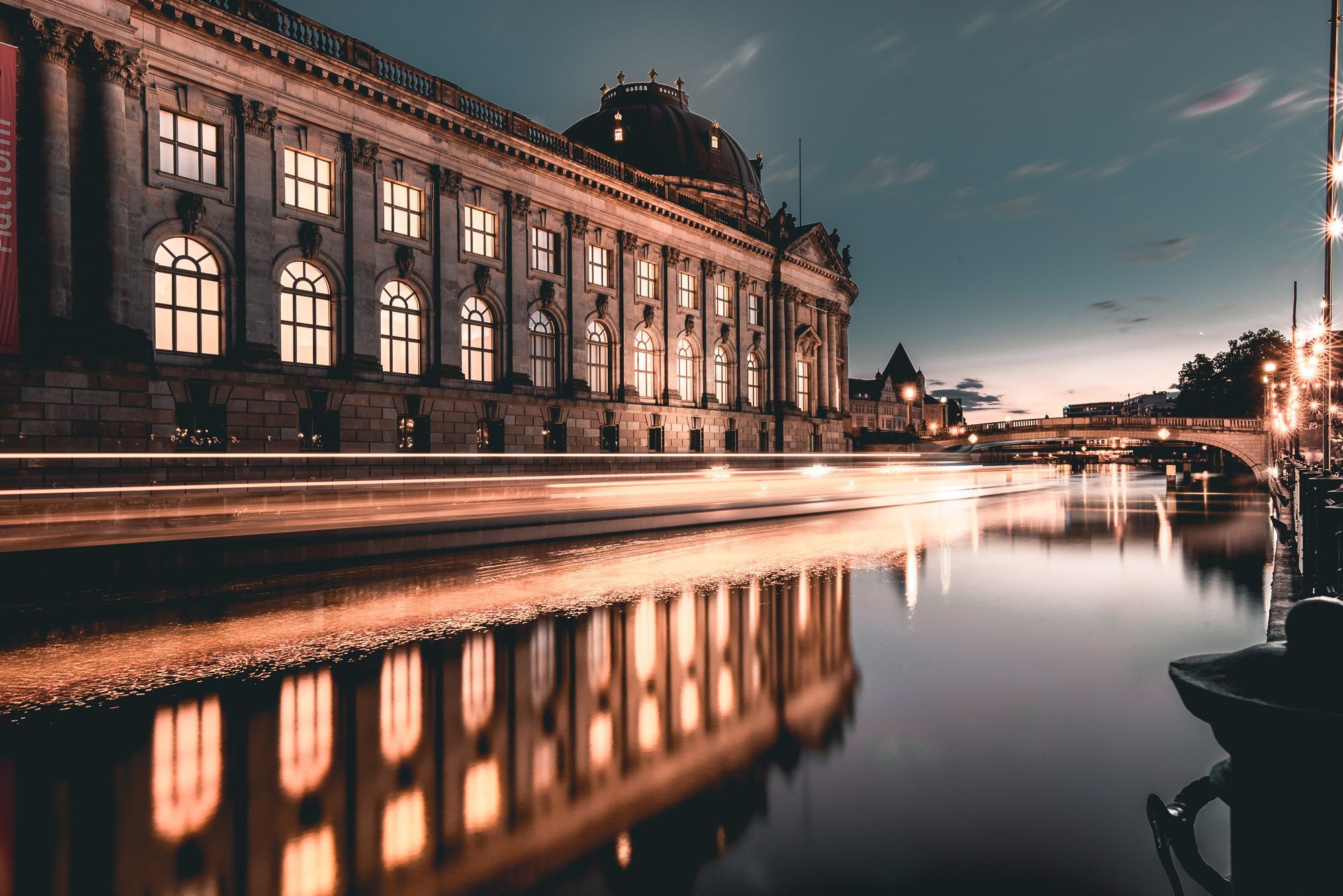 With so many countries in Europe, the continent has a colorful mix of diverse cultures. It is also home to some of the oldest civilizations, so tradition and culture are very strong and revered throughout Europe. Check out these European culture facts and find out what it means to be European.

53) There are 24 official languages in Europe but more like 200 languages that are actually spoken on the continent.

55) Christianity is the biggest religion in Europe.

56) Europeans love chocolate. In fact, they are responsible for consuming 50% of the world’s chocolate.

57) Tomatoes didn’t arrive in Europe until the 16th century but now are a staple ingredient in plenty of European countries’ cuisines.

58) We have Rome to thank for the celebration of Christmas, which became a major event in the 9th century. Christmas in Europe is a magical affair. Towns across the continent come alive with Christmas markets, lights, and decorations. 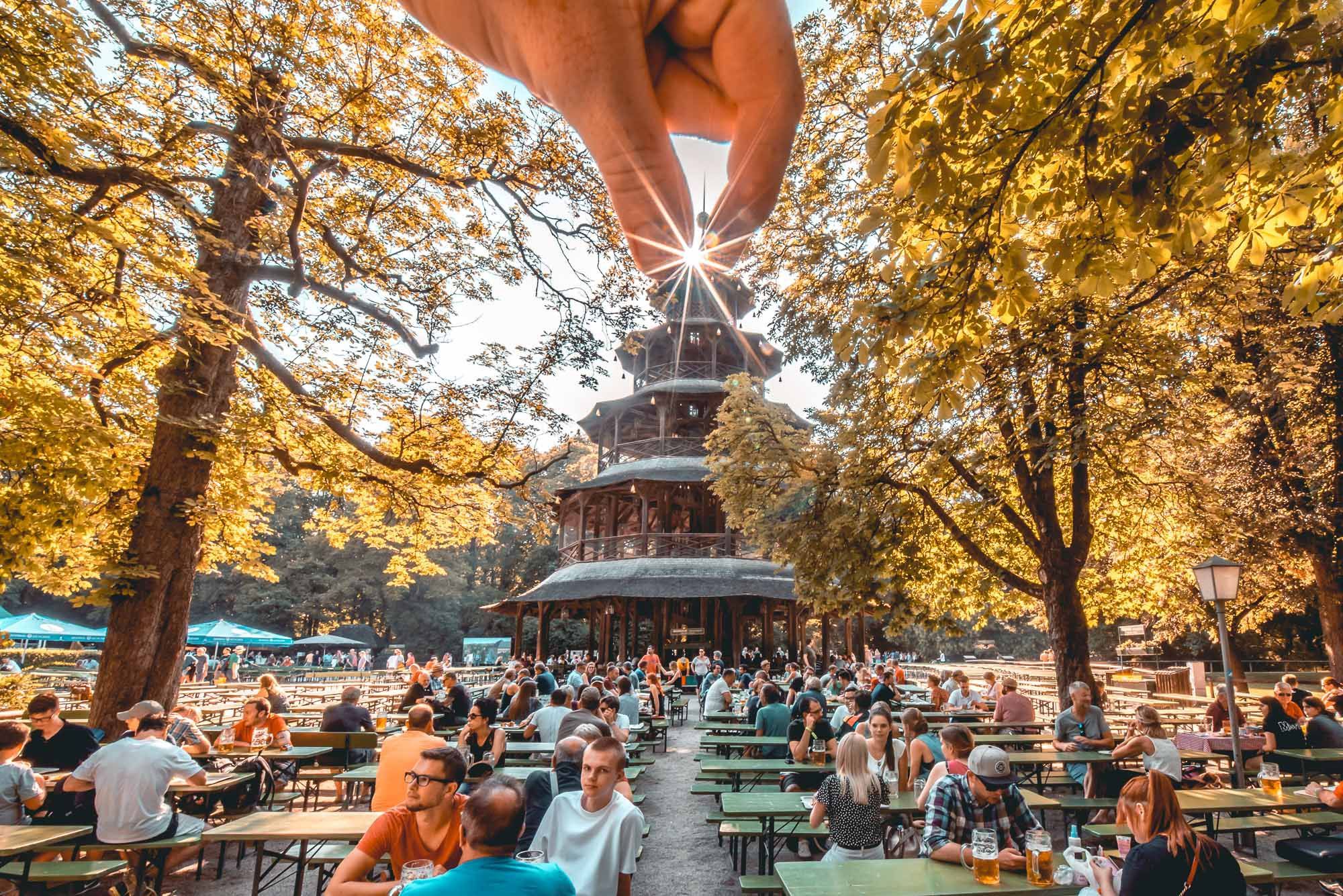 Are you loving these facts about Europe? Why not take a deep dive into individual countries’ idiosyncrasies, information, and fun facts? Check out these posts with interesting facts about some of Europe’s most popular destinations. 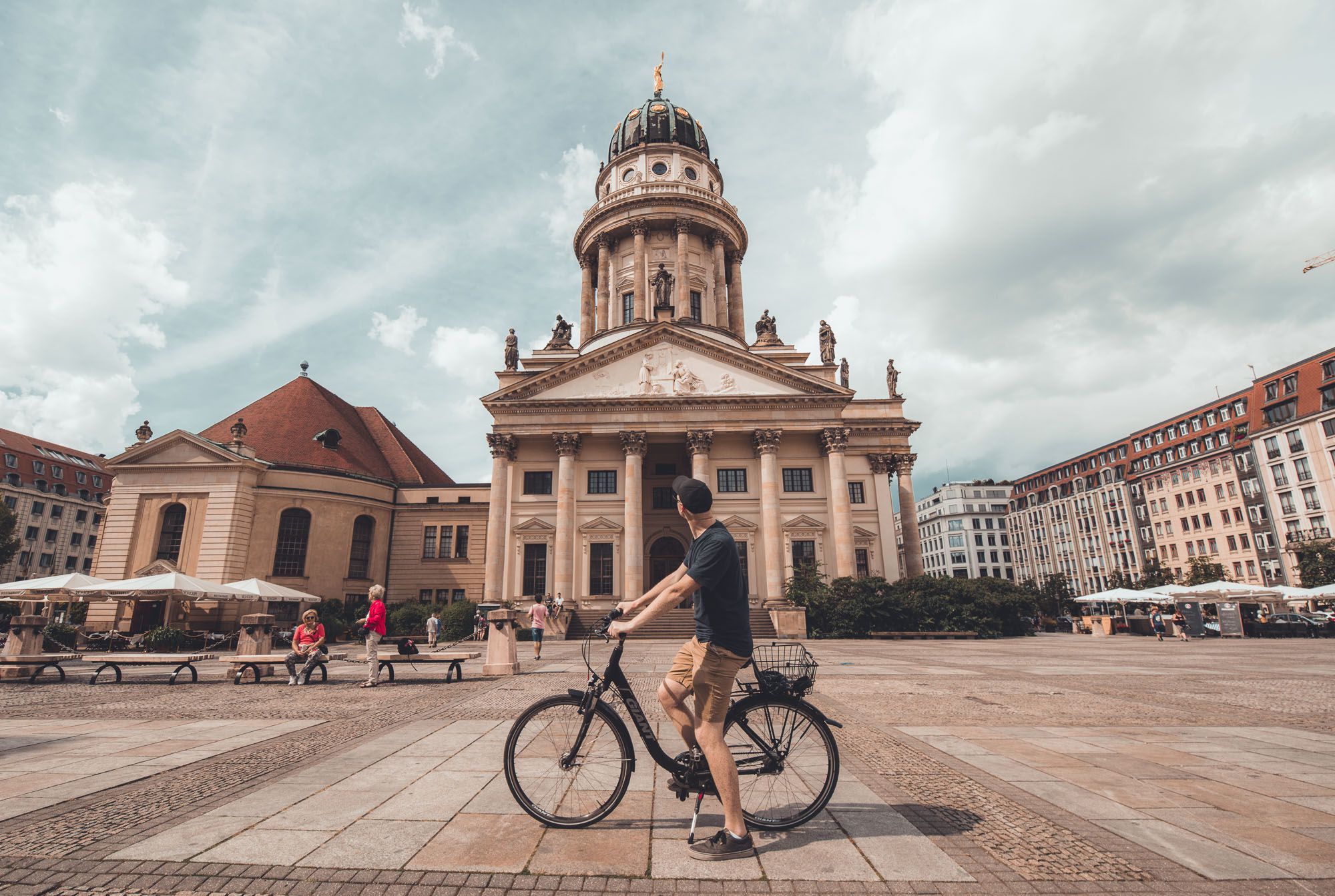 Now You Know All About Europe, It’s Time to Plan a Trip

Wow. On a visit to Europe, you can visit the smallest and the largest countries in the world, hear the cacophony of 200 languages and see the top tourist destinations in the world.

So why not head off to explore Europe and experience all these awesome facts for yourself? You’ll probably learn a couple more intriguing and surprising things along the way!