As a hardcore lover of electronic and techno tunes, I, of course, knew of Sweden’s reputation as a top destination for music festival fans. In particular, house, techno and electronic music festivals. But it wasn’t until I started researching this list of the best music festivals in Sweden that I realized just how good it really is…

Other than my favorites, beautiful Sweden has a long list of festivals that span a range of genres. And one of the best parts is, these festivals are all across this incredible Scandinavian country – so all the more reason to explore!

So without further ado, let’s discuss what I would say are the…

“Summerburst – Göteborg is a massive two day electronic dance music festival. Hitting the Göteborg Ullevi stadium, this is the city’s biggest outdoor dance party of the year. Heading into its eight year, Summerburst annually puts together a lineup of the biggest names in dance music, spread across two days.
With three stages and all out production including a whole host of pyrotechnics, this is the event of the summer in Sweden’s second biggest city.” 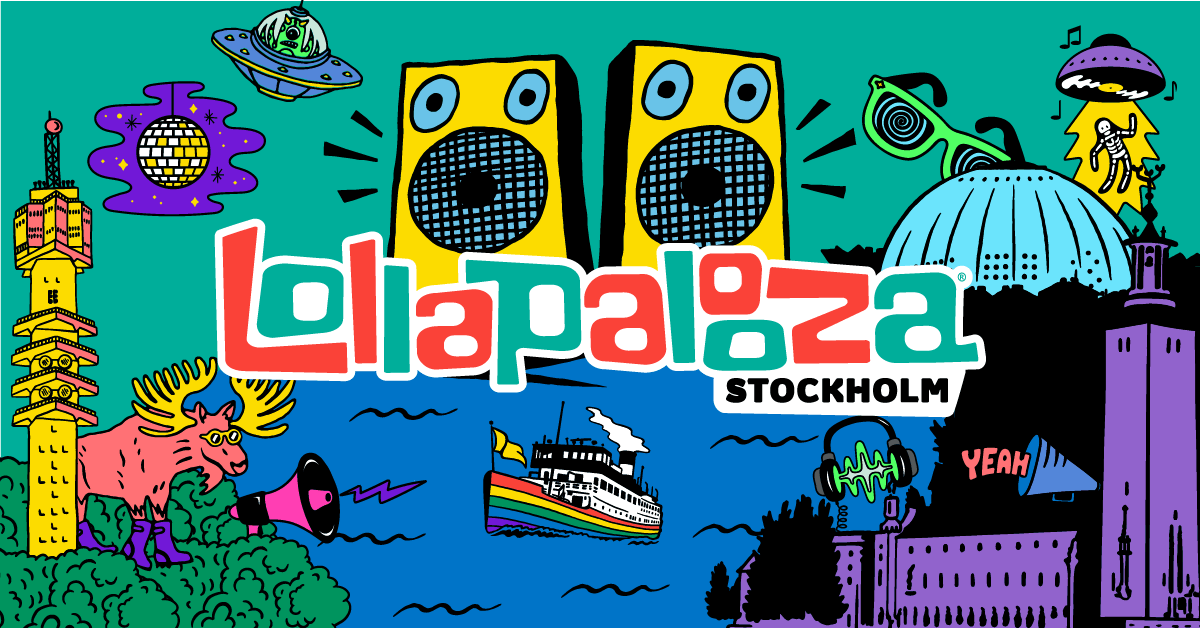 “The legendary Lollapalooza comes to Sweden this June, taking over Stockholm’s beautiful park Gärdet for a weekend of rock, indie, hip-hop and dance. Stockholm will be the third European city to host the now iconic festival, which made its name in the States, but has since hosted events in Berlin and Paris. Joining them as they make their Scandinavian debut will be Travis Scott, Foo Fighters and Lana Del Rey, as well as some of music’s most exciting new names. And beyond the music, Lollapalooza has become famed for its innovative selection of food and drink, art and quirky shenanigans.” 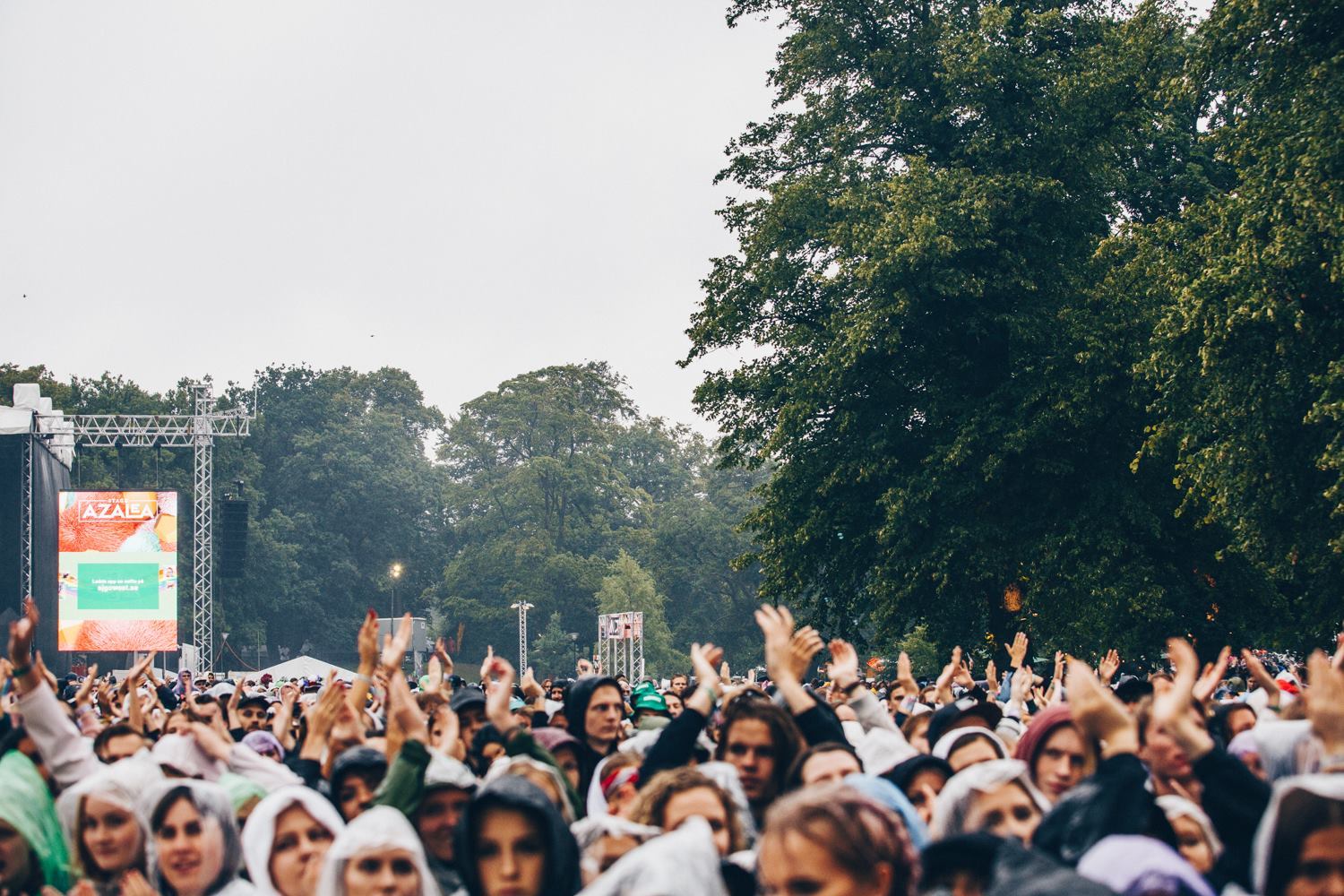 “For thirteen years, the music and film festival Way Out West – that attracts visitors from all over Sweden and large parts of the rest of the world – has filled Gothenburg and Slottsskogen city park with three days of music, festivities and culture. The programme includes the biggest stars in the world, the hottest newcomers, film premieres, challenging conversations, great vegetarian food and a robust club programme called ‘Stay Out West’ that takes place at night in central Gothenburg.”

“Gagnef Festival is an alternative music festival in Gagnef, Sweden. The definition of a boutique festival, Gagnef was born out of a 30th birthday party over 15 years ago. Friends kept coming back every year and eventually it turned into one of the hottest festivals in Europe. Capped at 3,000 people to maintain a sense of intimacy, the festival is all about atmosphere, offering lineups of the best acts you’ve never heard of and the chance to party with the best bunch of crazy people you’ll ever meet. Taking place in a forest on the banks of the Dalälven river, the festival has a real fairytale, lost-party-in-the-woods vibe to it

“Popaganda is an alternative music festival in Stockholm. Presenting lineups of influential acts outside the mainstream, the festival is firmly established as the city’s end of summer blow out. Taking place at Eriksdalsbadet swimming centre, Popaganda uses its unique setting for surreal aquatic performances as well as games and food trucks for all diets. But of course music is the main event. Known for catching big acts on their way up, the festival features two outdoor stages, making seeing everything you want to see easier.” 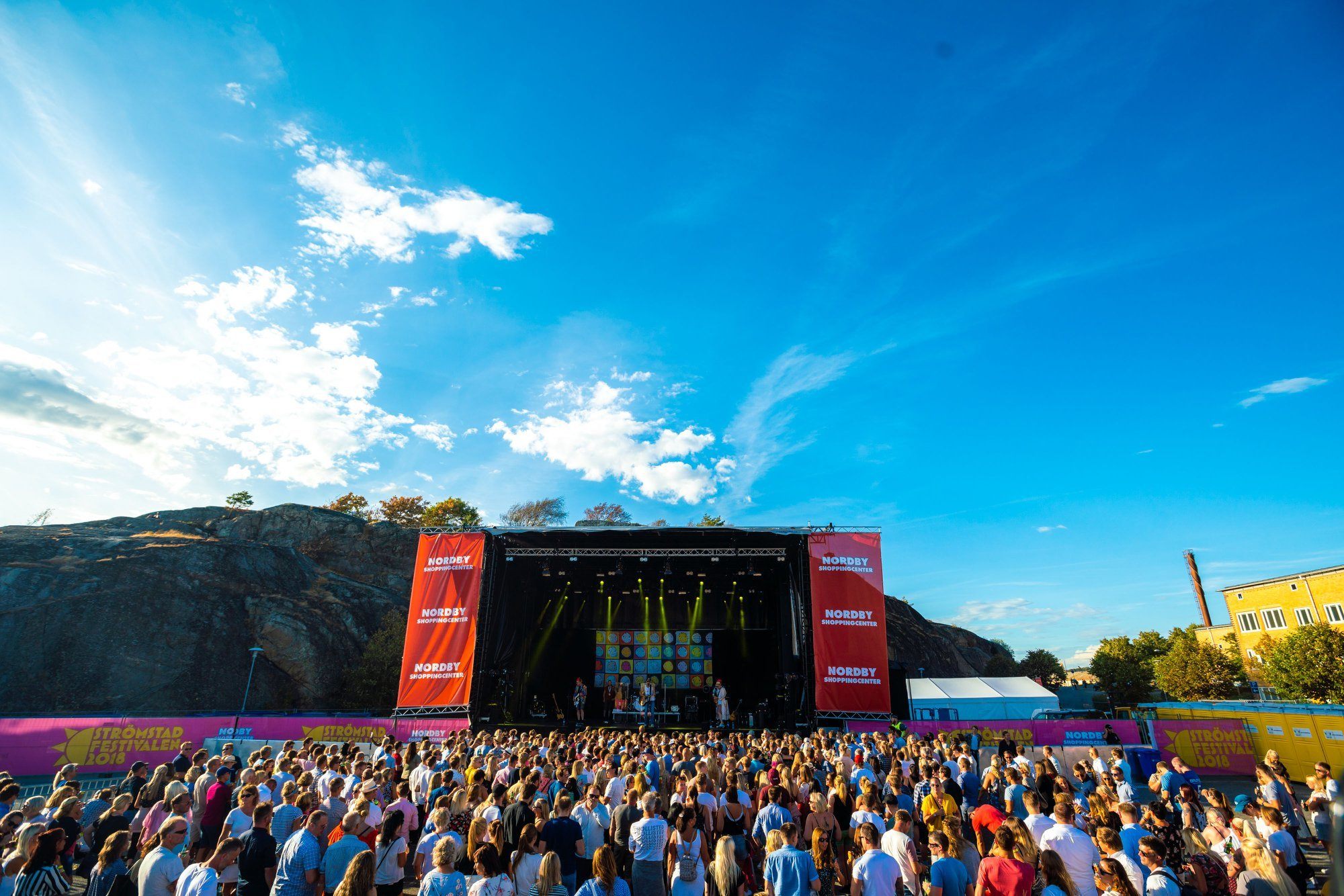 “Strömstadfestivalen is a multi-genre music festival in Strömstad, Sweden. On the backs of a successful second edition last year, the festival is stepping it up even more for round two. With a lineup featuring fan favourites from Sweden and Norway, Strömstadfestivalen is two days of partying like only the Swedes and Norwegians can. Taking over the scenic town, the festival is set right on the banks of the ocean, boasting stunning views to go along with an inclusive atmosphere.”

“Department Festival is an electronic music festival in Stockholm. Heading into its third year, the festival annually puts together a lineup of house and techno artists outside of the mainstream. A classic warehouse party, Department Festival takes place in a converted industrial building that dates back to 1912 and features Art Nouveau architecture.”

Posted by Department on Saturday, December 22, 2018 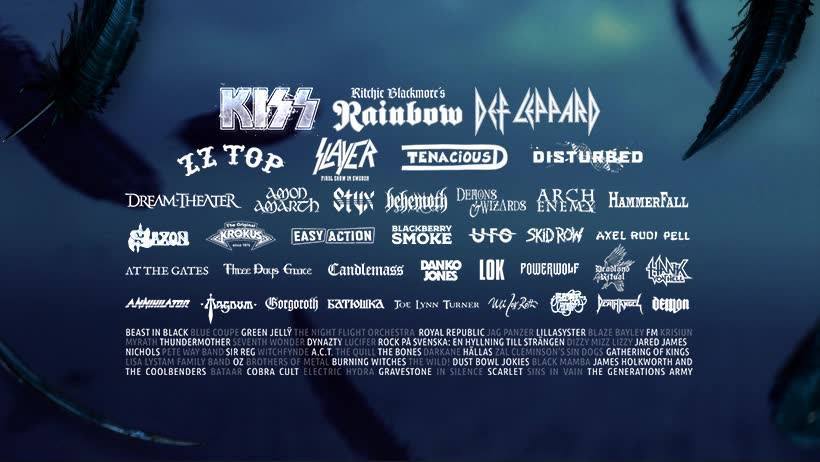 “Sweden Rock Festival is one of Sweden’s biggest rock and metal festivals, having showcased roaring lineups each summer since 1992. 2019’s festival will feature sets from legends such as KISS, Def Leppard, Slayer and Ritchie Blackmore’s Rainbow across five stages and four days. Despite its heavy nature, families are very much welcome at Sweden Rock, making it a great choice of first festival for those little rockers.” 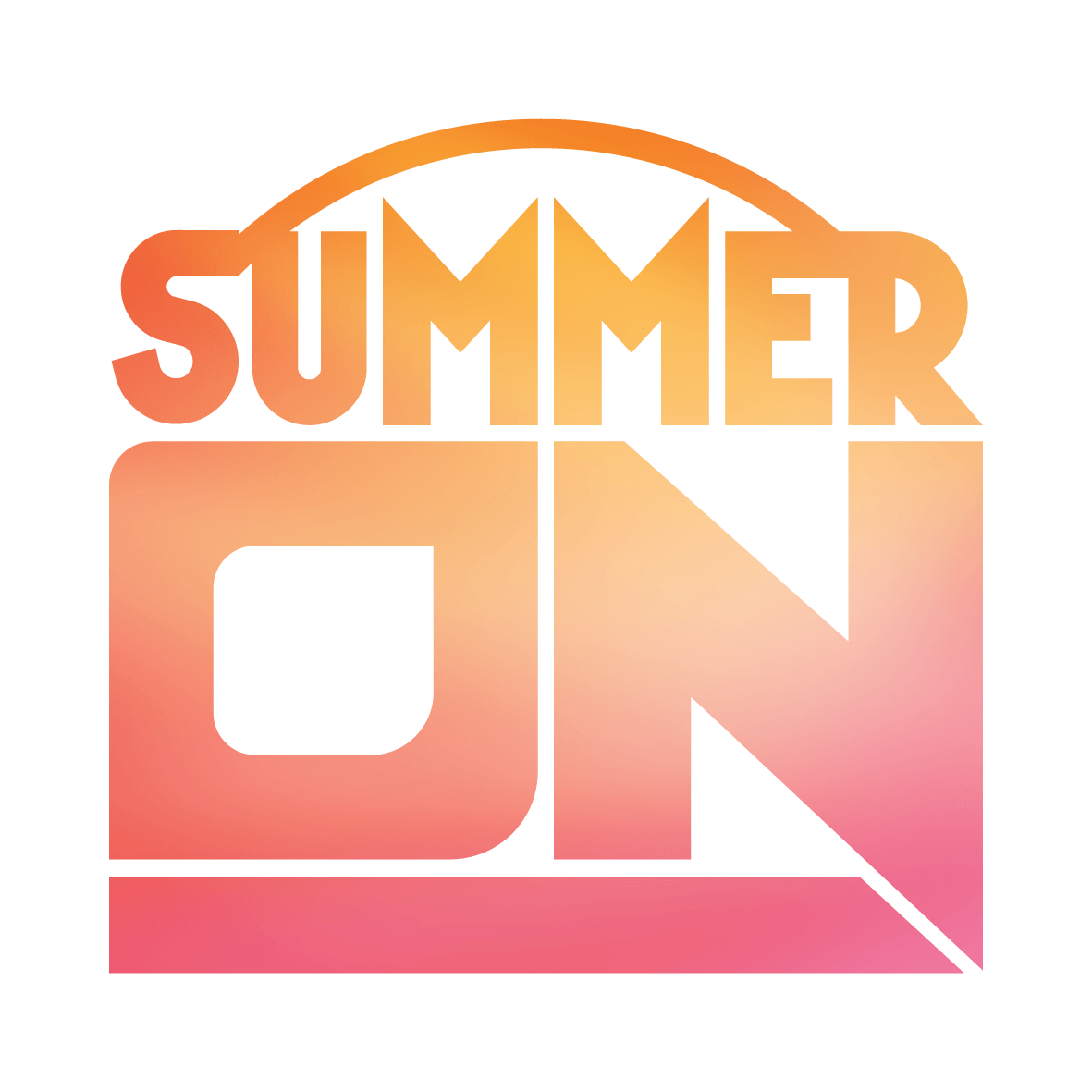 “Summer On Festival is an eclectic, boutique festival in Båstad, Sweden. Presenting a lineup of electronic and pop acts, the festival is a celebration of Sweden’s great music scene. Taking place in one of the country’s best summer getaway towns, Summer On Festival is a celebration of the good times warm, sunny weather brings. Spread over two days and set right on the beach, the intimate festival features an upbeat, party atmosphere that only summer can provide.” 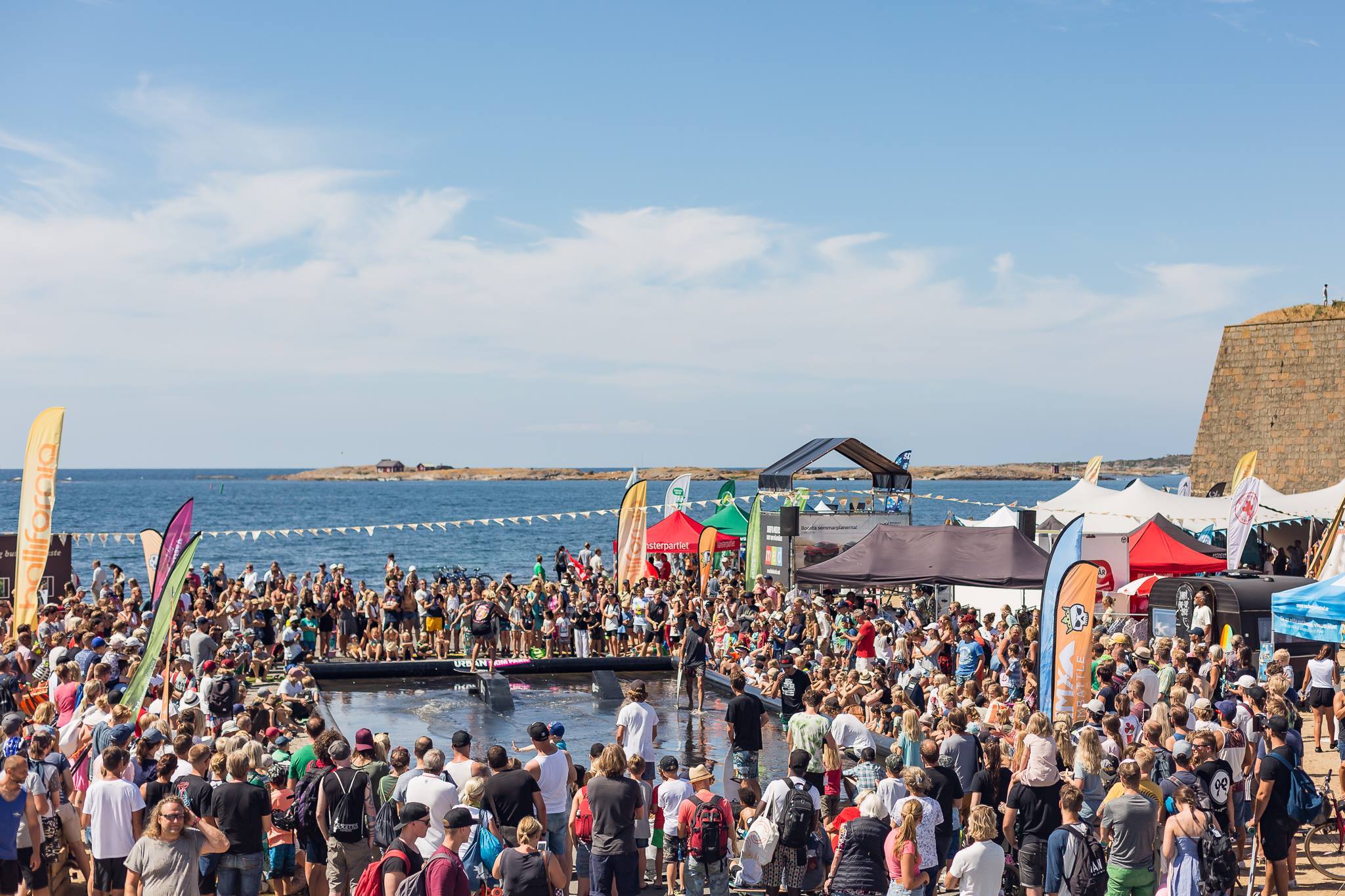 “Hallifornia Festival 2019 is the sport & game festival in Sweden this July. Our business is based on creativity and activity. We offer street, water and action sports as well as dance, yoga, music, food and much more.” 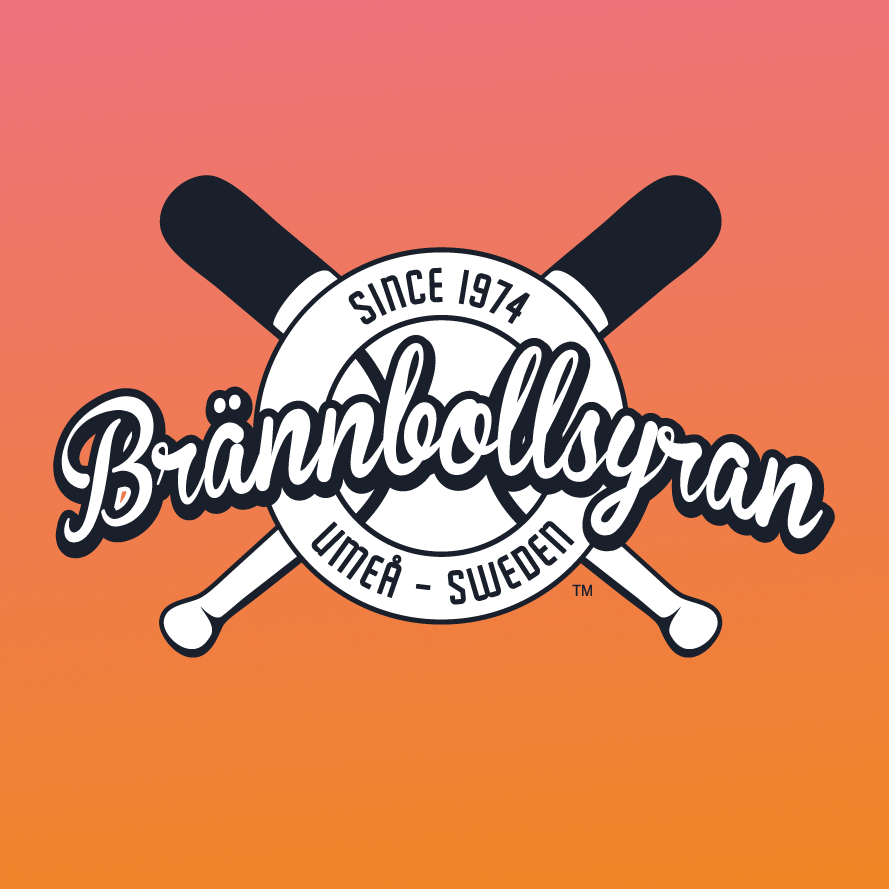 “Brännbollsyran is a music festival in Umeå. This edition’s lineup will feature sets from Marshmello, Galantis, Oskar Linnros and many more. A legendary music festival, Brännbollsyran consistently sells out annually, and has become known as one of Sweden’s top summer festivals.”

“U Rock Festival 2019 is the rock music festival in Sweden. This edition’s lineup will feature sets from Sabaton, U.D.O, Nocturnal Rites and many more. Moreover, you can enjoy food & drinks stalls, bars that will give rest to your body and your soul.” 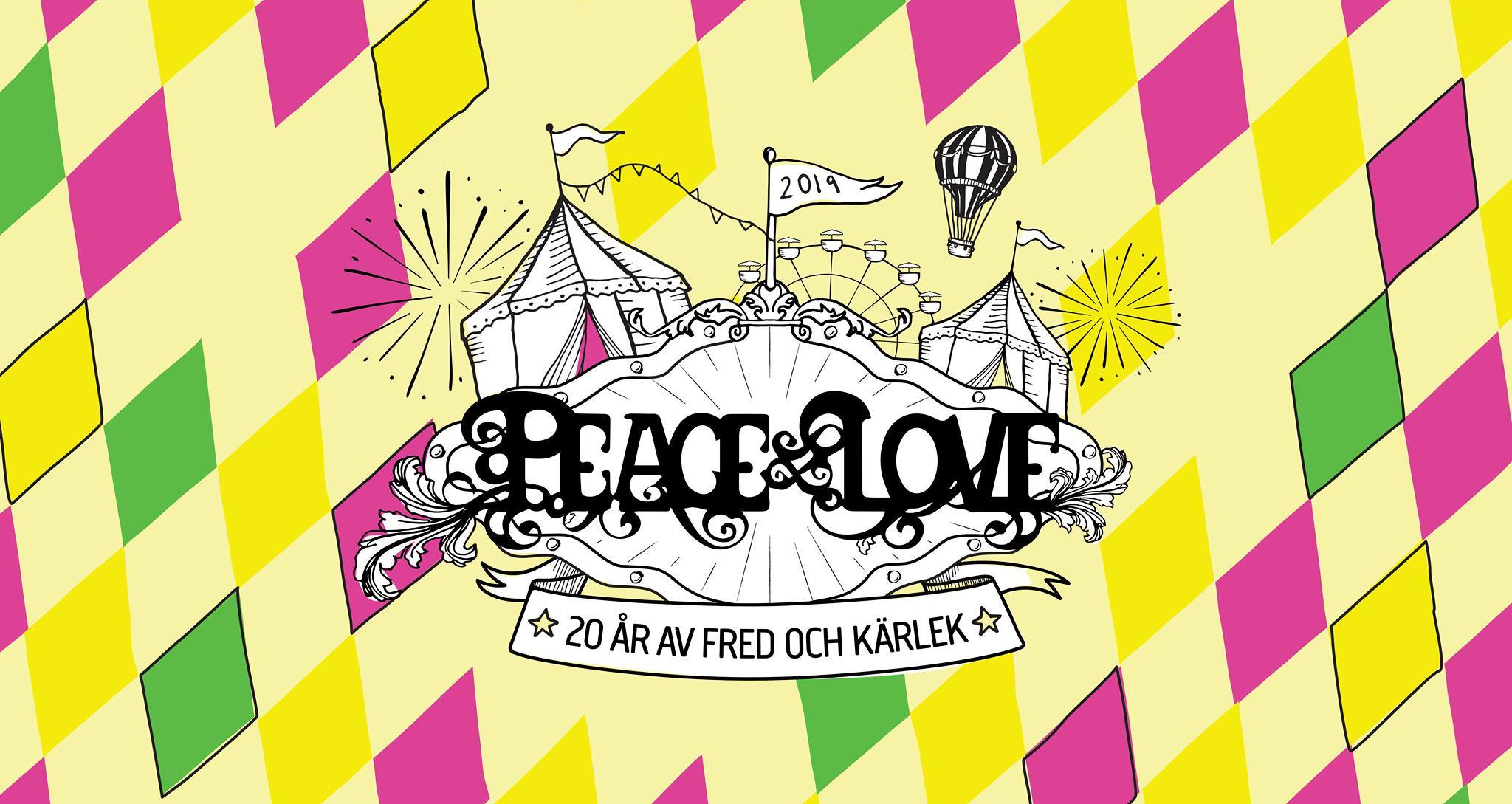 “A festival is so much more than just a lot of awesome music acts and nice hanging with polar. We at Peace & Love work hard to get you the most genuine and amazing festival ever. We therefore offer a variety of options on activities where you are the creepers, inspirators and fellow human beings. Here, therefore, there is a small pack of festivities that you should throw in. But do not forget, many surprises await you when you are here!” 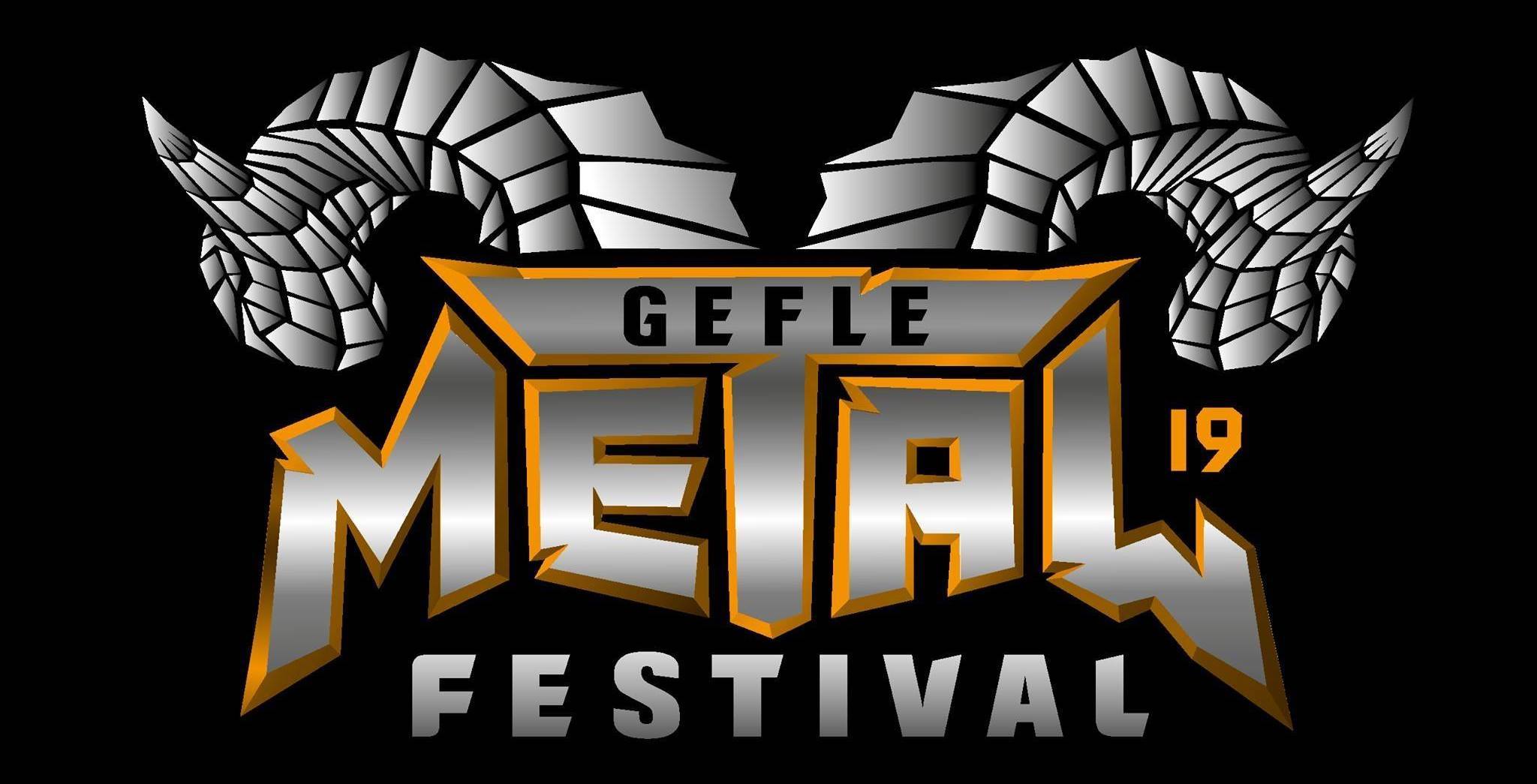 “Gefle Metal Festival is a music festival in Gävle, Sweden. Heading into its fourth year, the festival is for fans of thrash, black, death, and other hard metal sounds. Aimed at hardcore fans, Gefle puts together a lineup topped with some of the biggest acts in the genre and balanced out by cult bands and up-and-comers. Taking place in the cultural hub of Gasklockorna i Gävle, the festival is set outdoors on the banks of the Bothnain Sea.”

“Emmabodafestivalen is a music festival in Emmaboda in Småland. From the start, the festival focused on music that can be categorized as indie, but has since 2008 focused more on electronic music (Emmabodafestivalen 2.0). Emmaboda Festival. The name alone can sometimes send a chill down the spines of fully-grown adults, or a tingle of excitement in the pants of teenagers on their journey to sexual discovery. It kinda depends on how old you are.”

“Bayside Festival is a hip-hop, EDM and sing-along-pop music festival in Helsingborg. This edition’s lineup will feature sets from Macklemore and many more artists.
In addition to the music, the Bayside Festival also has a programme of water sports at the stunning beach.”

“Torsjö Live Festival is a live music festival in Sweden. In addition to the music, Torsjö Live Festival also has a programme of art, talks, food, and environment. The music meets the landscape. Forests are our walls. And the rolling slopes are our floor. The hills are alive to the sound of music.”

“Åmål’s Blues Fest is an international blues festival that has grown into the most visited Blues Festival in Sweden since the start in 1992. Everything is centrally located in Åmål at Lake Vänern’s beautiful shore. Åmål’s Blues Fest offers high quality music over several days. The city pulsates with music everywhere. On the streets, in the squares, cafes and restaurants. And of course in the big event terminal also called Åmål Blues Terminal. Over 100 artists from the USA, Europe & Scandinavia perform during those blue days in Åmål. There are more. Everything from blues golf to blues trotting. In the evenings we dance at Club Blues.”

“Hudikkalaset Festival is a music festival in Sweden. This edition’s lineup will feature sets from Laleh, Timbuktu & Damn!, Mares and more. The 10th festival edition will bring the music close to you. Hudikkalaset is a yearly occuring music festival in Northern Sweden that’s been going strong for 8 years. They have been growing bigger and bigger, booking some of the largest artists in Sweden and competing with other well-known festivals 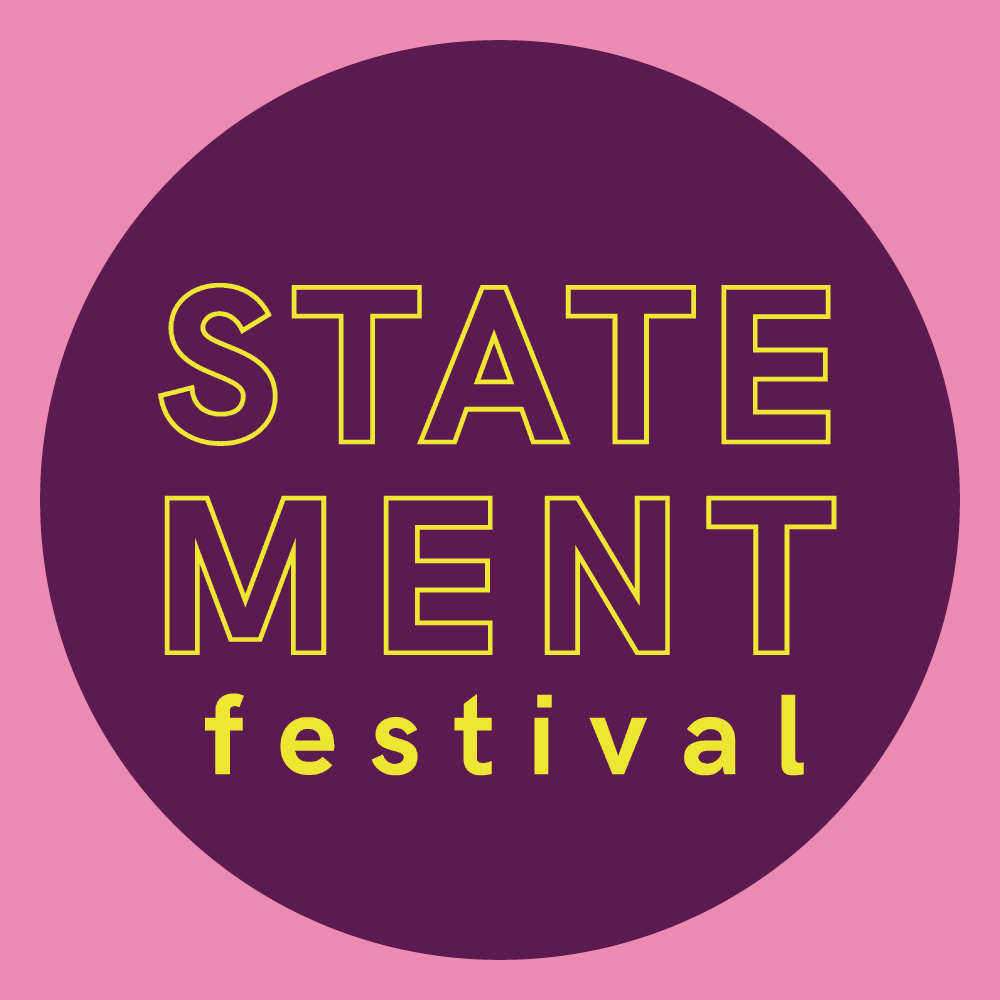 “At music festivals everyone should feel safe. This sounds obvious, right? But year after year, the abuse at music festivals has shown the opposite. At Statement Festival safety is a given and 2018 we organized the first music festival for women, non-binary and transgender people.  Together we make a statement against sexual abuse and harassment while enjoying music, stand up, djs, art and atmosphere in world class!”

Am I Missing Any epic Music Festivals in Sweden…?

There are so many incredible Sweden Festivals to choose from, that this list was hard to narrow down to just twenty different events!  I want to keep this list up to date as much as possible, so please email me and let me know!  I’m hoping to make it to a few of these Sweden Music Festivals this upcoming summer in 2019!!

Looking for more epic festivals in Europe & around the world…?

My website is filled with awesome articles that discuss the best events, festivals, and parties all over this planet!  Check out a few of my favorite articles below, and start planning your next international adventure! 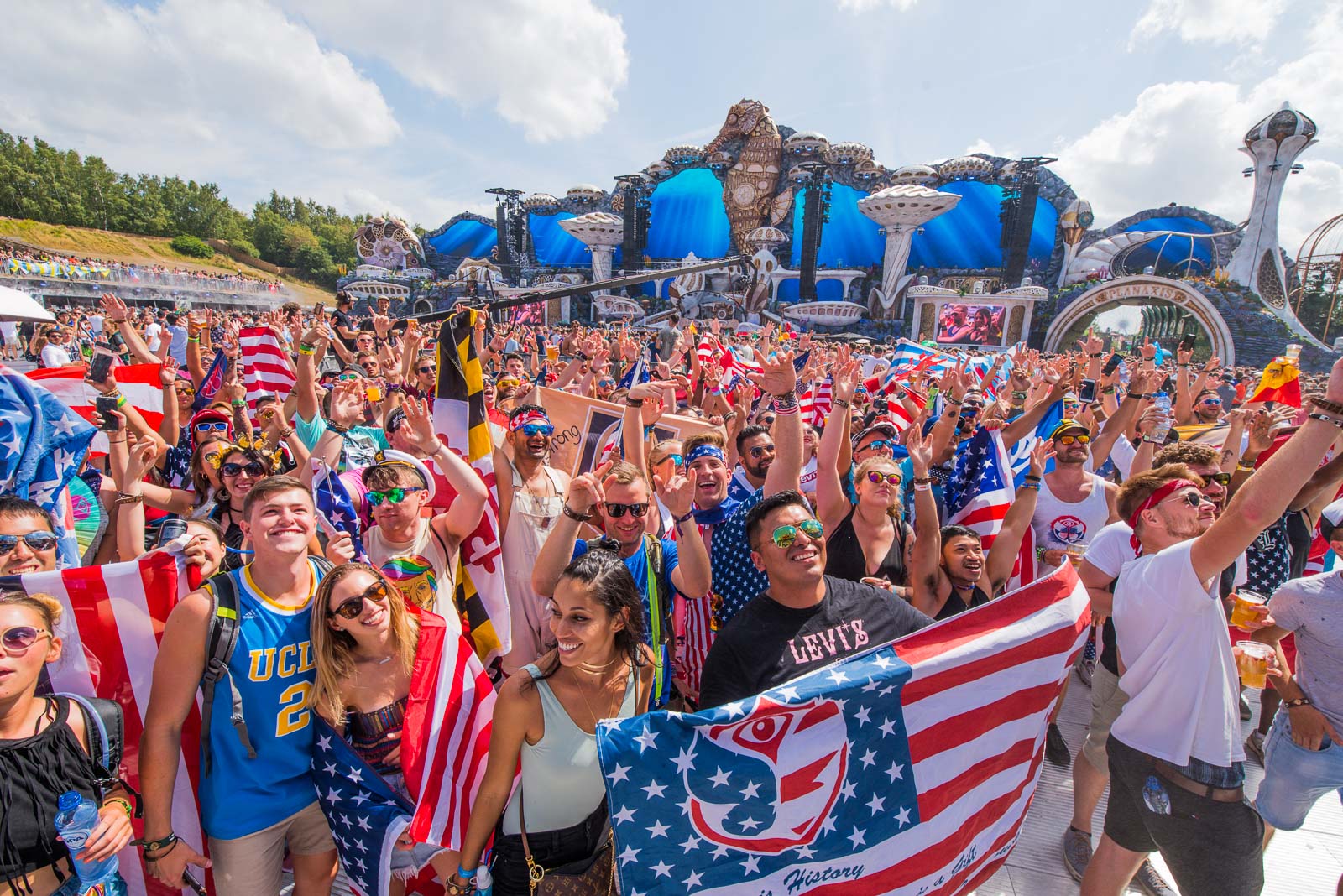 Thanks for reading about these Sweden Music Festivals!!

I can’t believe I haven’t made it up to Sweden yet!  I actually just made it to Finland for my first time, and I’m officially obsessed with Scandinavia!  If you’re not already, be sure to follow along on Facebook & Instagram, and maybe we’ll cross paths at one of these Sweden festivals this summer!  I’m always planning my next big event, and a few of these look absolutely mental!!

Top 20 Budapest Music & Cultural Festivals to Experience Before You Di...
Scroll to top