If you are searching for music festivals in Atlanta, the green city landscapes, down-home local food, and friendly locals – along with its exciting music scene – will cap off your experience without a doubt. 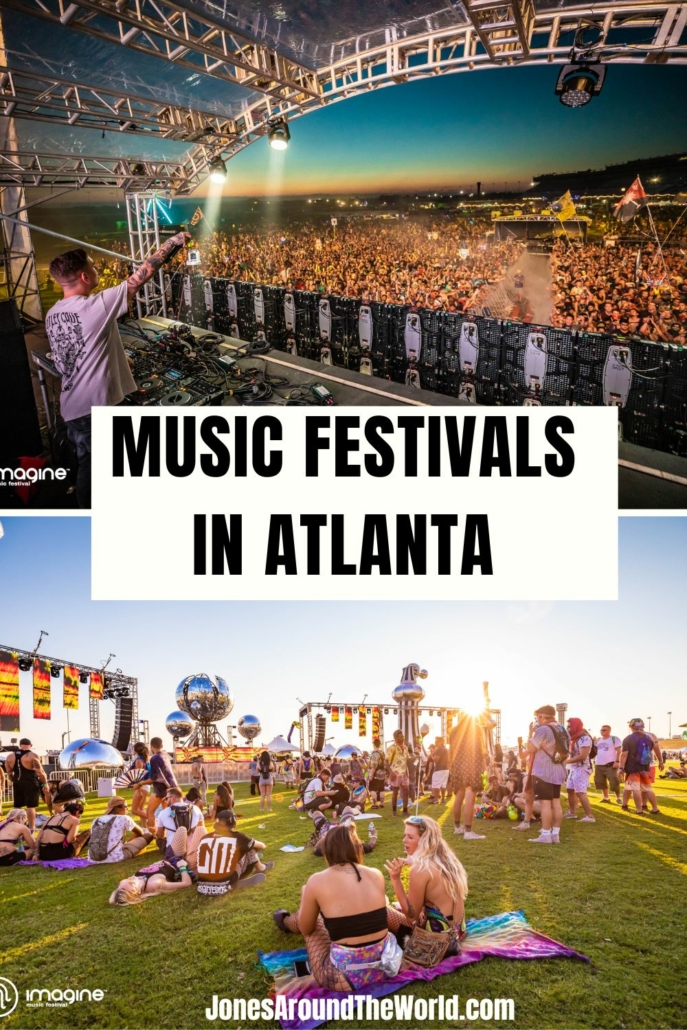 Pin Me ~ The Best Festivals in Atlanta! 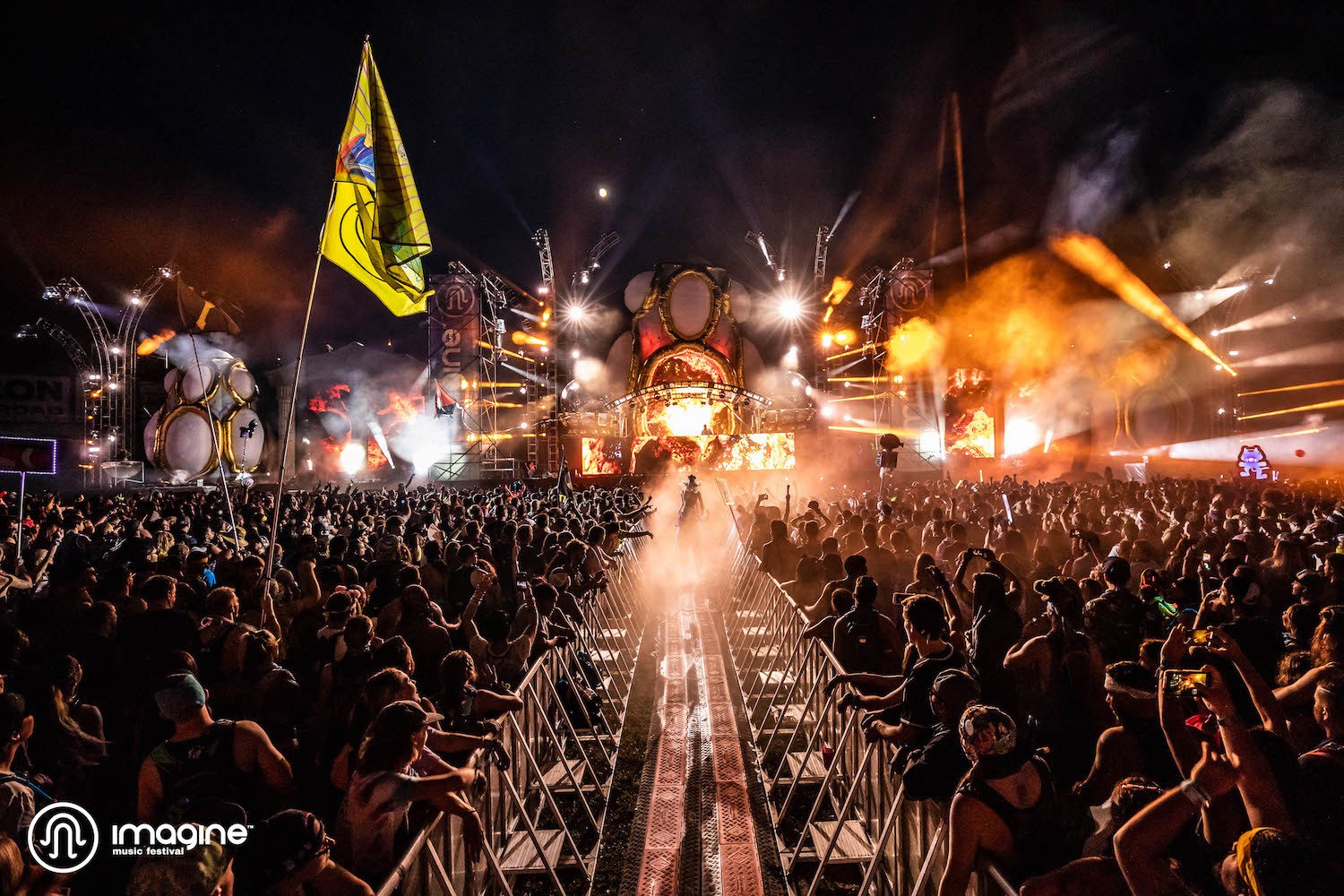 When it comes to music festivals in Atlanta, this is the ONE I’m personally dying to attend!  Every one of my friends who have attended has said it’s truly spectacular and is simply one of the BEST EDM events/raves in America.  Definitely add this one to your festival bucket list.
Going to great depths to ensure that this is the most immersive Imagine Festival yet, Iris Presents has announced that Imagine will be expanding to four days, which will be accompanied by full music programming on the Disco Inferno stage, early arrival camping, and an extra day of fun! Imagine has also unveiled the full lineup, in addition to several other big announcements, including a brand new stage- TechYes / Guerrilla 360 and a Saturday pool party.
Imagine Music Festival 2018 (Official 4k Aftermovie) 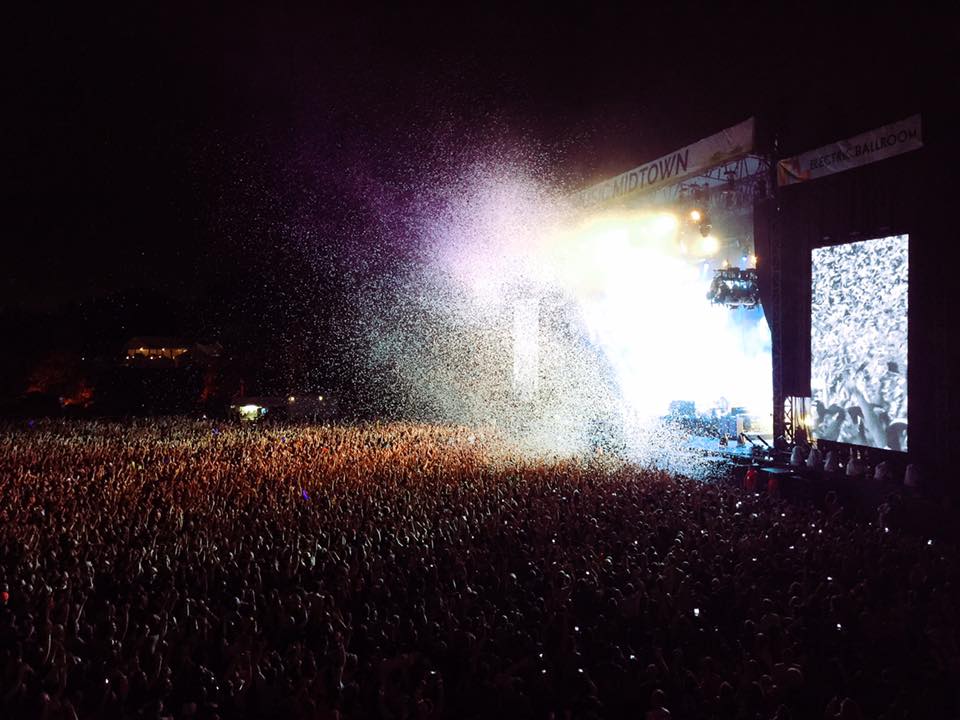 “Set in Atlanta’s beautiful green Piedmont Park with the city skyline providing a stunning backdrop. Take the pop-up ferris wheel in the middle of the park for a spin, and catch a great view of the festival sights and sounds from above. 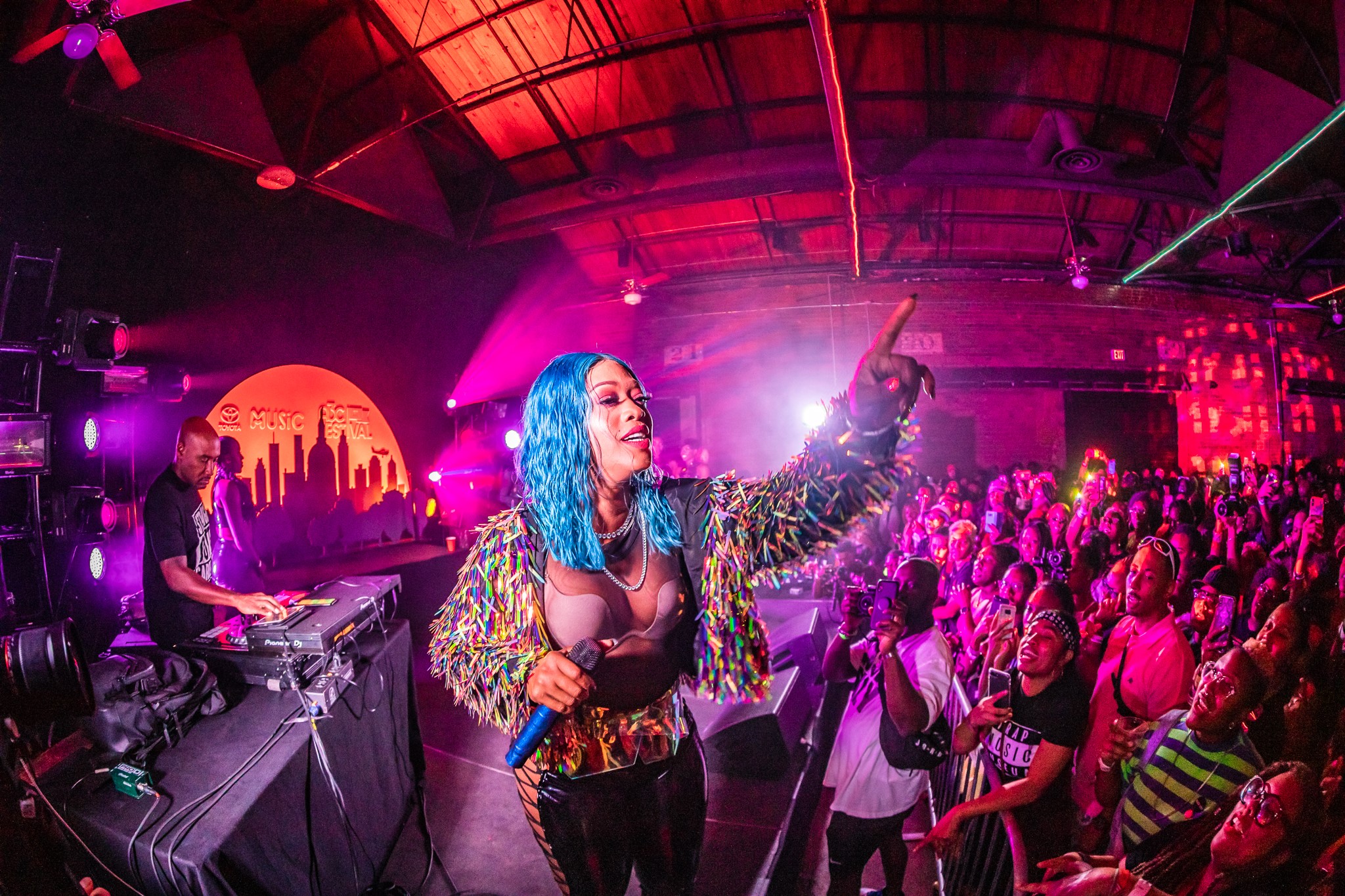 “Since its founding in 2005, Atlanta’s A3C Festival has become one of the most important hip-hop events of the year. During the day, industry professionals mix it up at the A3C conference with panels, live interviews, and special speakers, while at night the three stages at the festival grounds are lit up with talent.

A3C Festival & Conference has grown from a local hip-hop showcase to become one of the most important cultural events of the year connecting, educating and inspiring the next generation of innovators and entrepreneurs shaping the future” 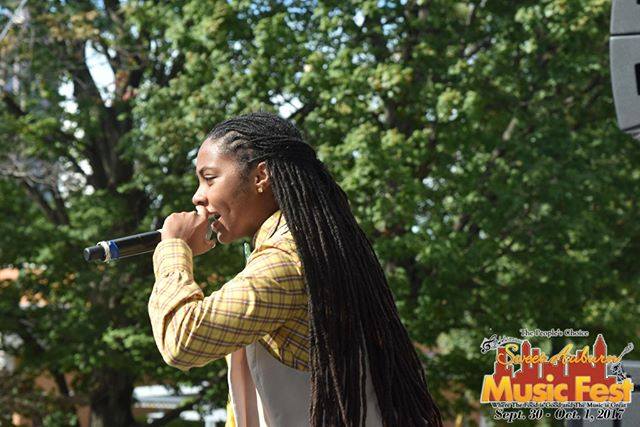 “The Sweet Auburn Music Fest is bridging the gap between several music genres by including hip hop, gospel and R&B musicians in its two-day lineup. In addition to the numerous musical performances, the festival features delicious local food vendors and various shopping opportunities and serves as a family-friendly celebration of the Atlanta community that brings people together.

Welcome to an outdoor music fest experience like no other! The S.A.M.F. brings together all under the universal umbrella of Good Music, with performances from diverse musical acts spanning musical genres from alternative to pop to hip-hop.” 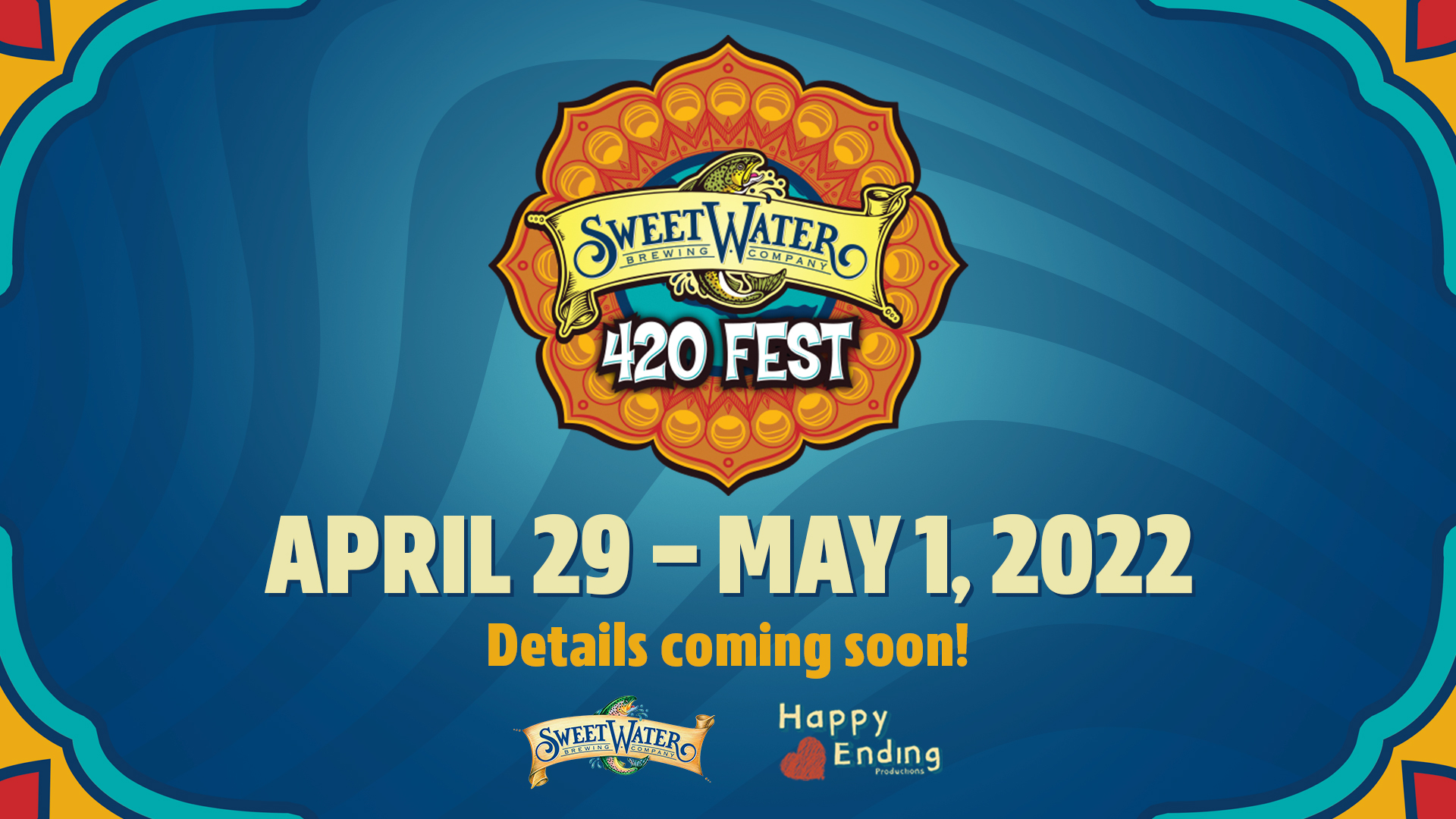 “Bring on the brews! This annual fest is sponsored by the Sweetwater Brewing Company in Atlanta and brings in a killer collection of artists from around the country to celebrate beer, food, and fun. A 3-day weekend festival celebrating all the heady things SweetWater is passionate about.” 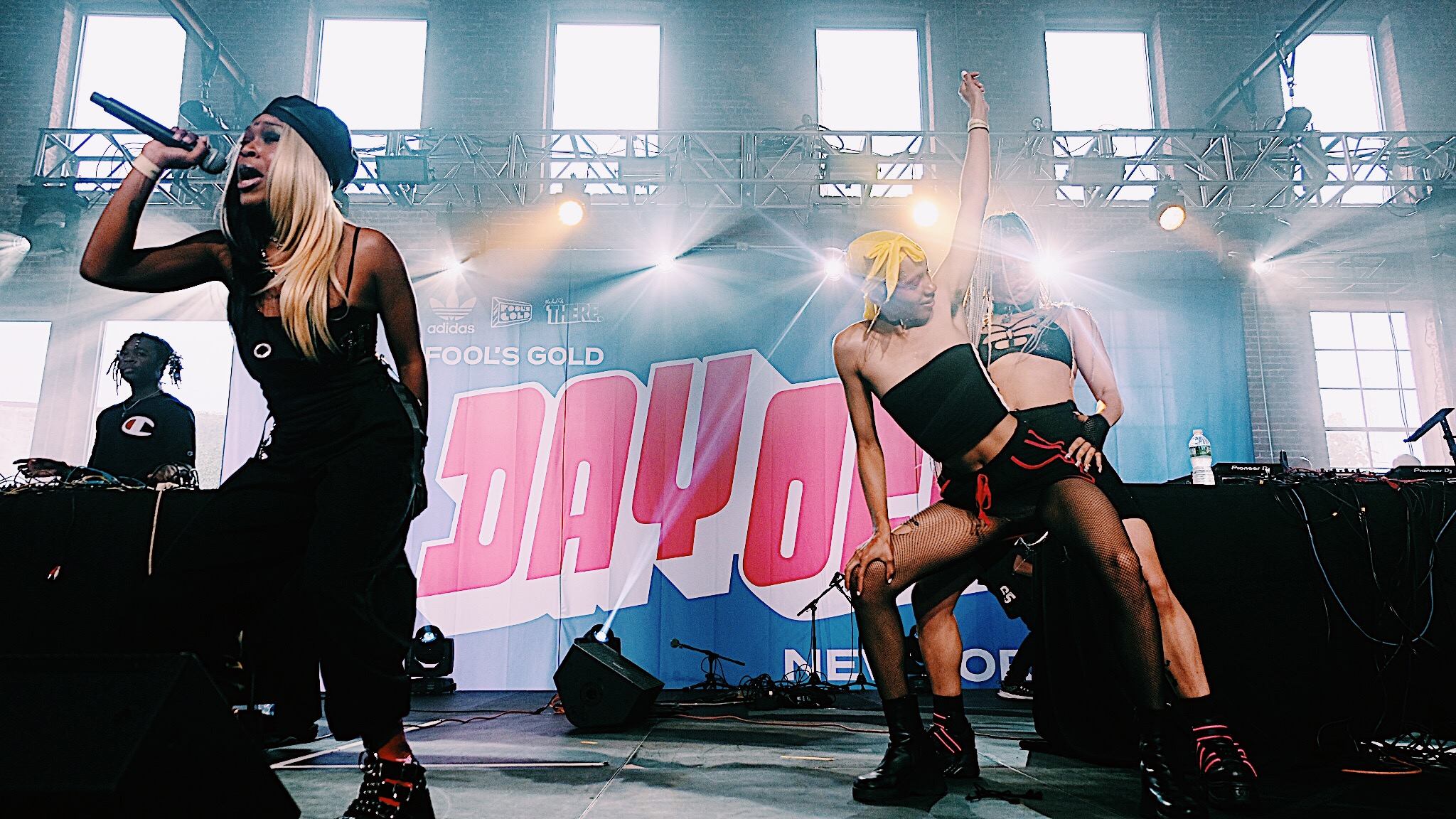 “This multi-city event is always the party of the year. The Brooklyn indie label, Fool’s Gold Records, brings together the hottest names in hip hop, dance music and beyond. It doesn’t belong to one scene—it’s for everyone and everything. It’s an annual summer staple you won’t want to miss.” 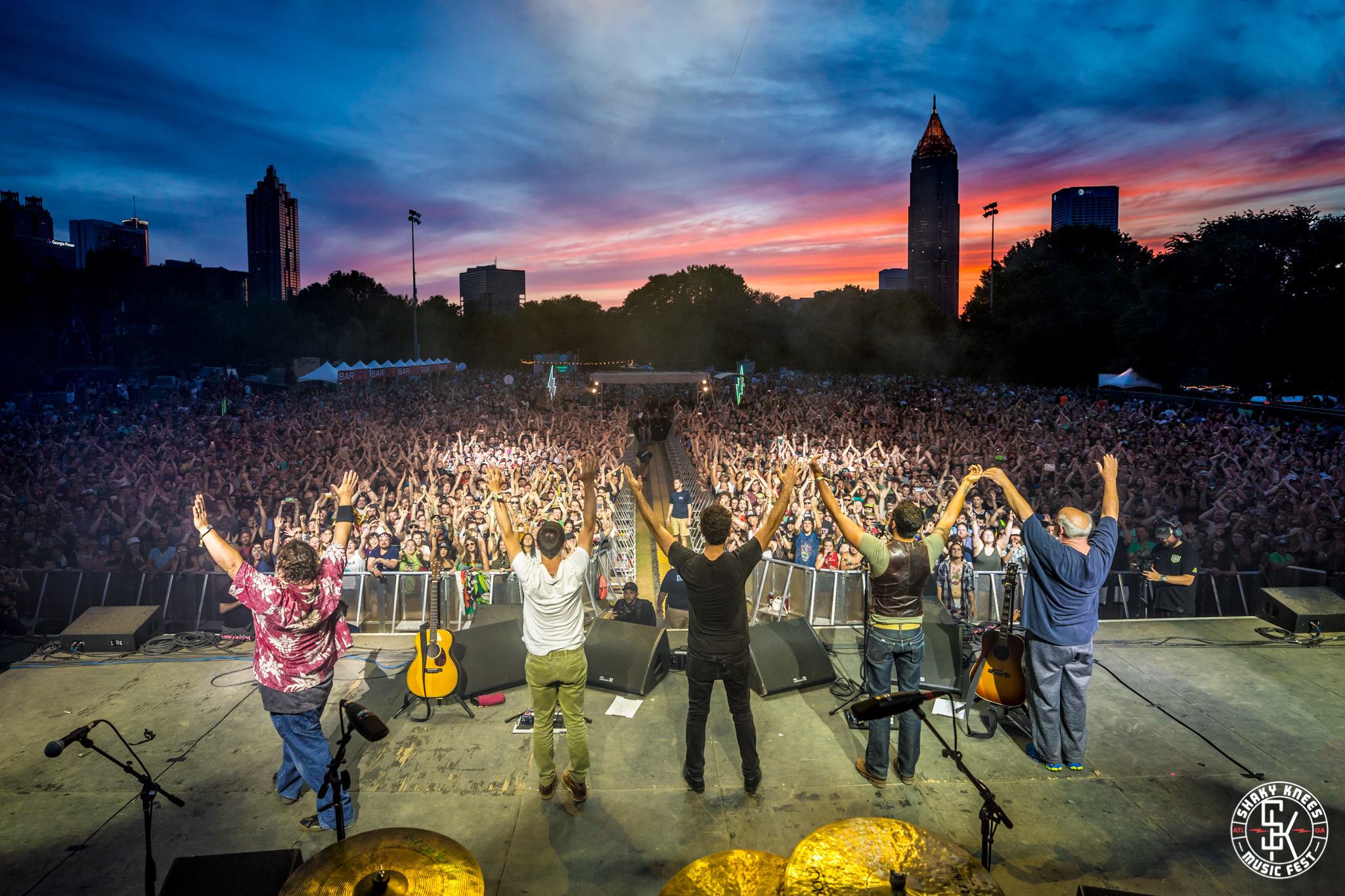 “Drawing in nearly 40,000 attendees, Shaky Knees Festival brings a highly desired indie scene to the streets of downtown Atlanta, Georgia. In an era where most festival headliners feature a variation of EDM/DJ acts, Shaky Knees lives to show another side of modern day music.

With more than 60 bands each year Shaky Knees is a rock-lover’s dream. Since its inception in 2013, Shaky Knees has featured a diverse lineup ranging from world-renowned acts to up-and-coming artists. Shaky Knees Music Festival returns to Atlanta’s Central Park October 22-24, 2021″ 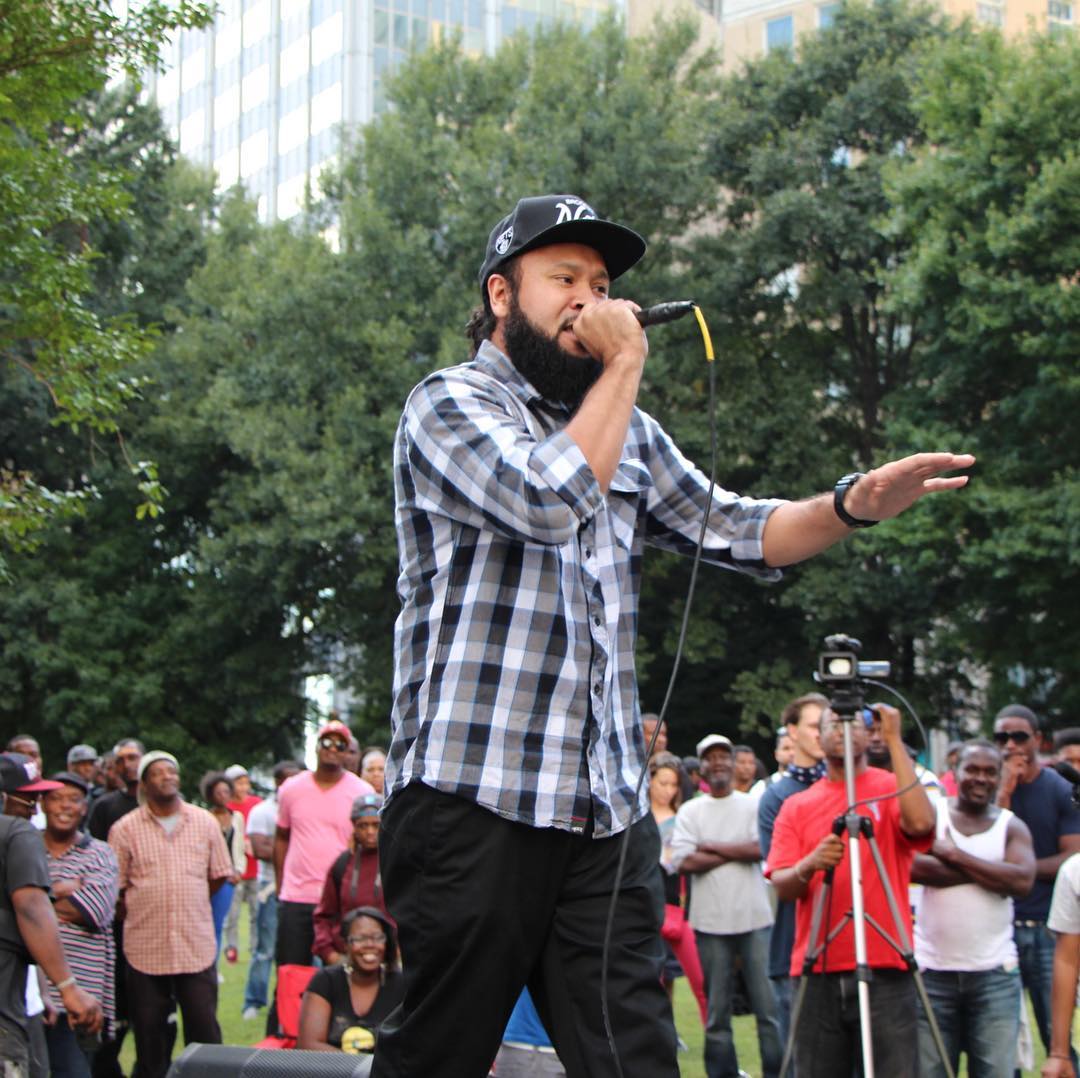 “The Annual Atlanta Hip Hop Day Festival is a free family festival that pays tribute to the four elements of Hip Hop and Atlanta’s contribution to Hip-Hop as a whole. The annual festival is held owntown Atlanta at Robert Woodruff Park. The four sides of the park are dedicated to the four elements of Hip Hop displaying B-Boy & B-Girl exhibits, Emcee Battles, Turntablism and Graffiti artists.” 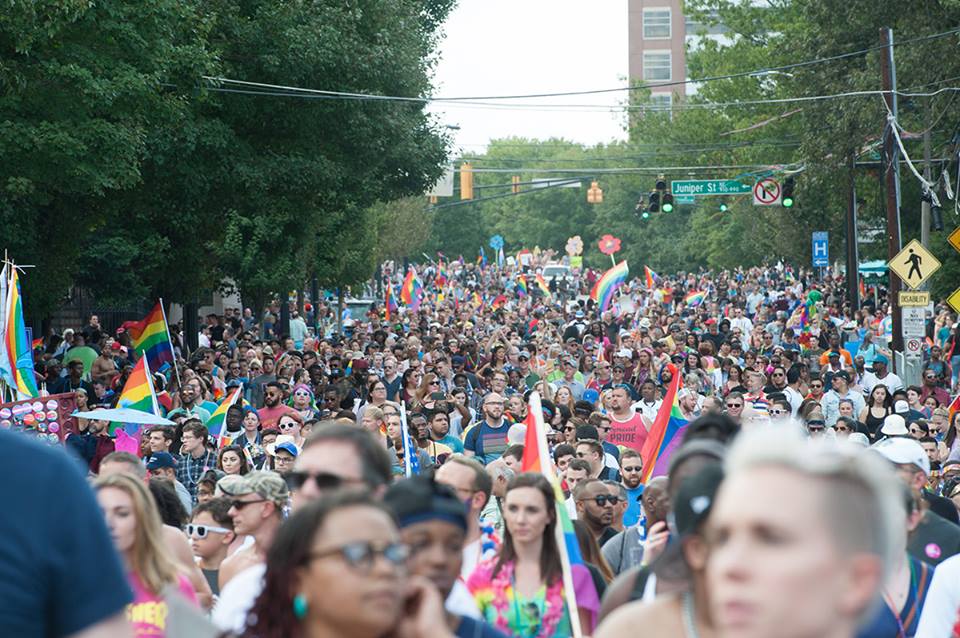 “The Atlanta Pride Festival celebrates the lesbian, gay, bisexual and transgender community of Atlanta and the Southeast. The two-day event includes live performances, exhibits, civic and learning programs, the famous Pride Parade and the Pride Marketplace with over 200 vendors from the LGBT community.” 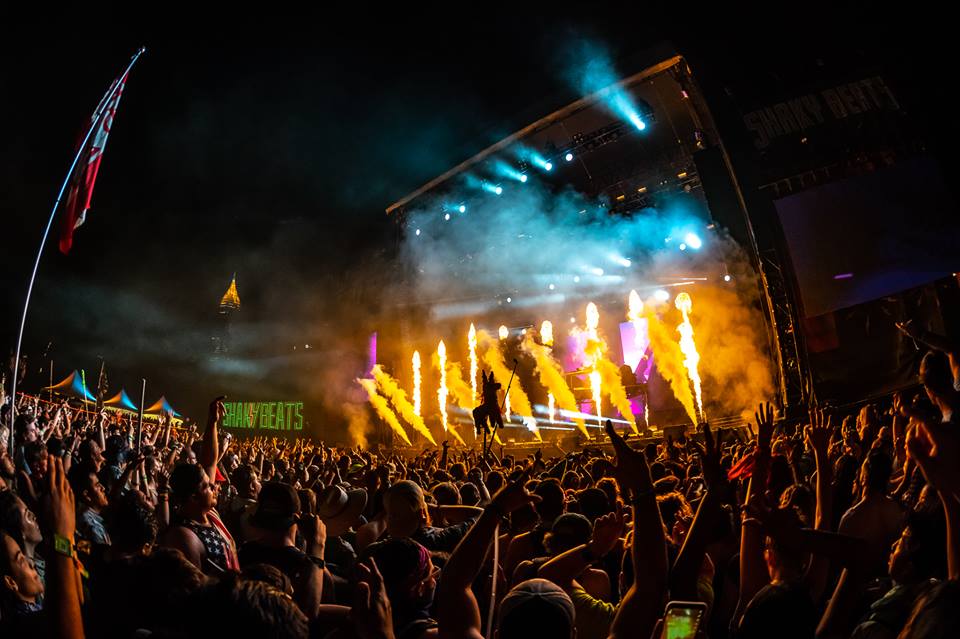 “Hosted at the center of the 1996 Olympics at Centennial Park in Atlanta,Georgia  – Shaky Beats Festival was created as an EDM shoot off of its sister alt-rock festival ‘Shaky Knees.’ F eaturing dance music and top tier artists, Shaky Beats fills the prior void of Southern EDM festivals.” 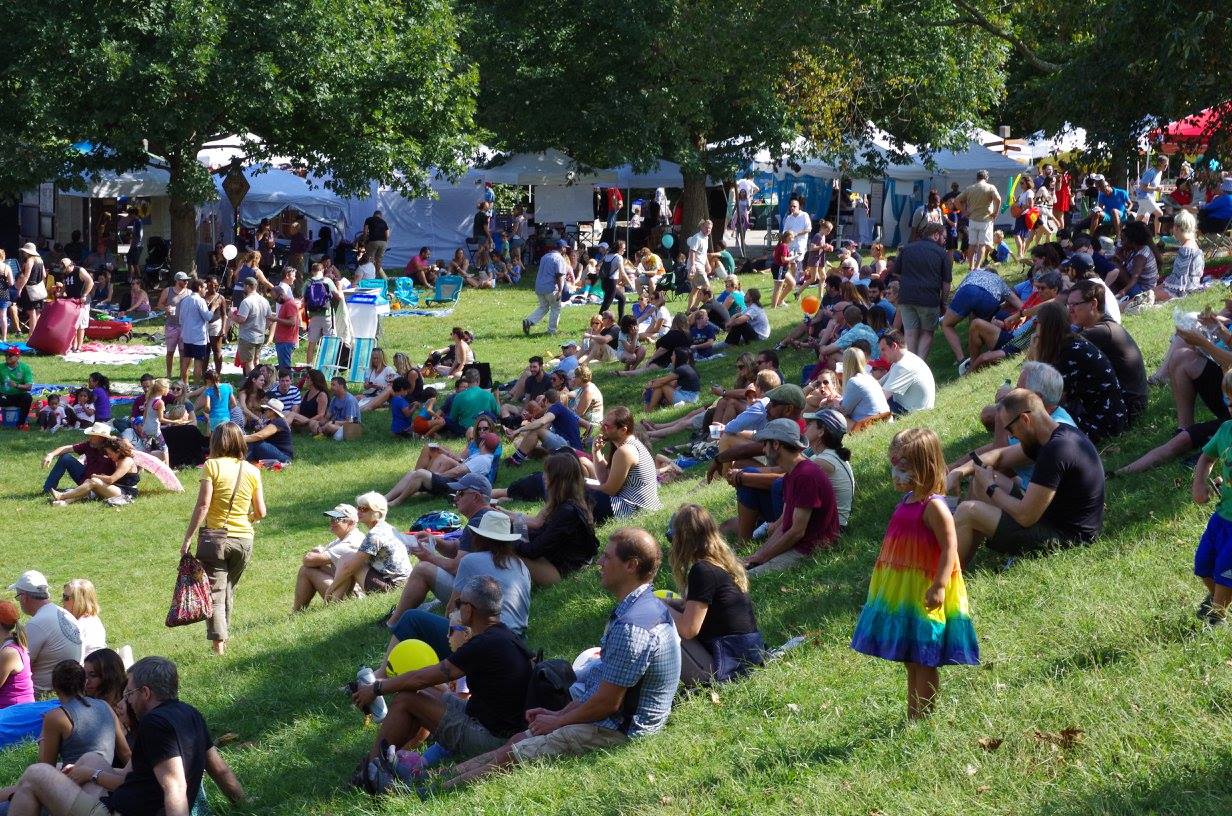 “Hosted annually by the Candler Park neighborhood in Atlanta, Georgia, the Candler Park Fall Fest celebrates the glory of the autumn season. The two-day festival features more than 100 booths showcasing locals artists and craftsmen, live performances by local bands, local food vendors, family events and a 5k race, with the proceeds benefiting programs throughout the community.”

“The AFROPUNK Festival started as an underground urban indie-rock/punk/hardcore scene, inspired a documentary, became an online community, grew into a live-performance series, and is now an international event chronicling what it calls “the other black experience.

In a 2014 New York Times article, Cooper elaborated, “If you were to define AFROPUNK in one word, it’s ‘freedom.’ People of color don’t necessarily feel that in their day-to-day lives. AFROPUNK is a space that creates that, whether it’s online or at the festival.” 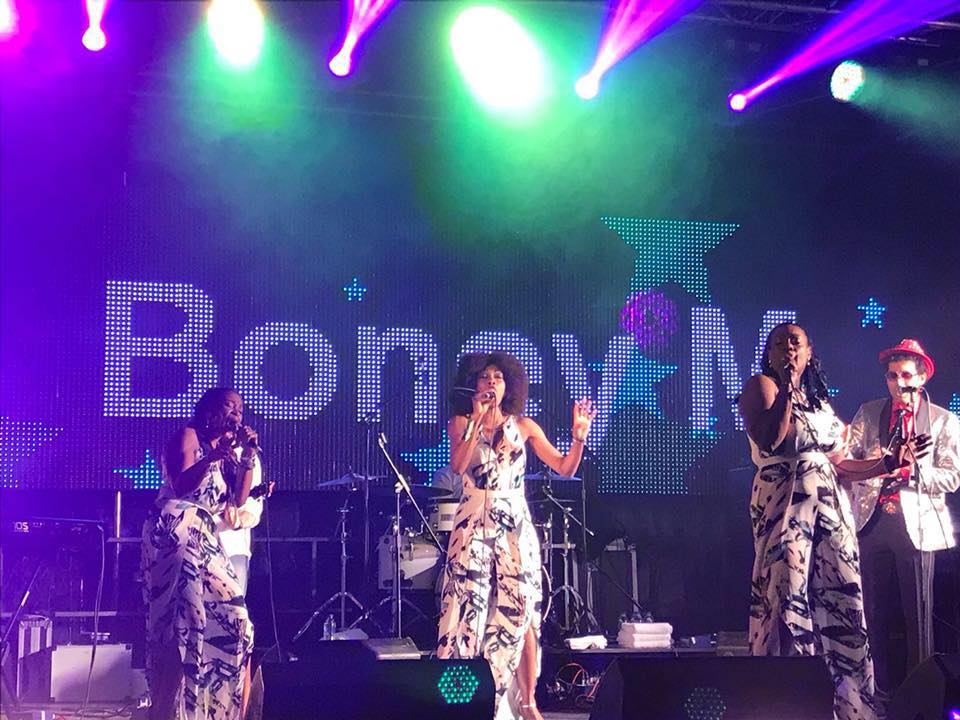 “Get ready to take it aaaaaaall the way back at Atlanta’s Flashback Festival. The festival is an annual celebration of old school R&B, funk and soul music featuring the great artists who shaped the genres along with stellar contemporary performers. Past performers include Cameo, Charlie Wilson, Doug E. Fresh, Con Funk Shun, Bootsy Collins, The Bar-Kays and many others.” 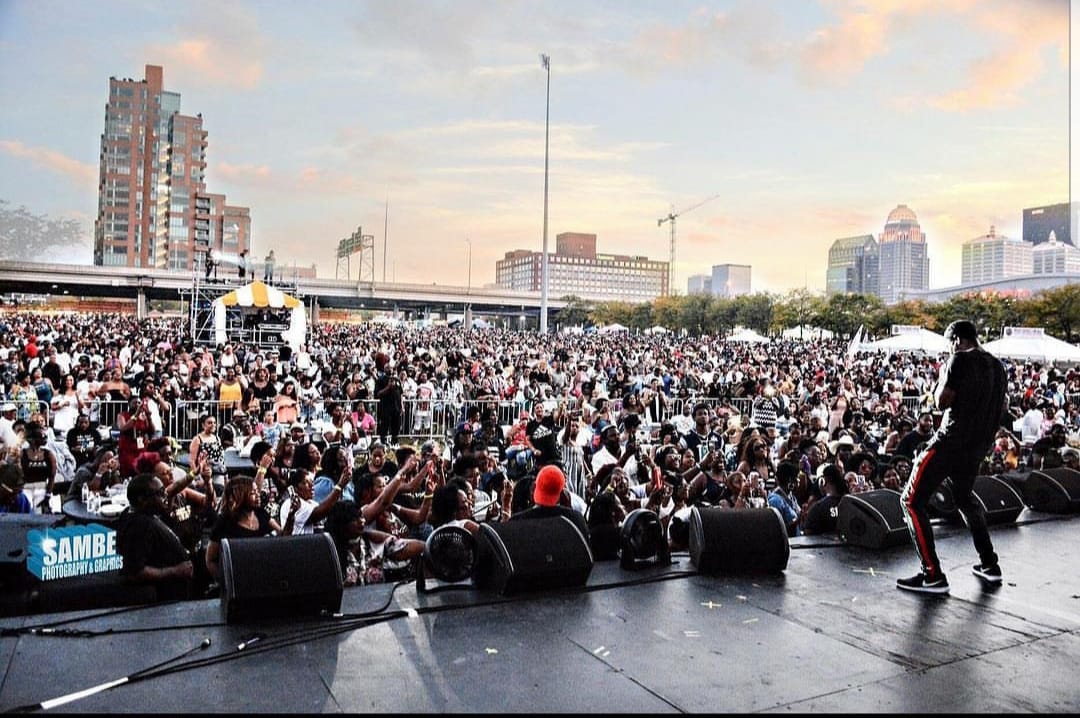 “Funk Fest rolls terrific music, culture and emotion into one spectacular experience. This combination loves a good road trip, so it’s traveling all over the Southeastern United States to satisfy die-hard funk heads. The world-class lineup plays a medley of cool tunes that’ll have you grooving and wishing that they will flake on the next city.” 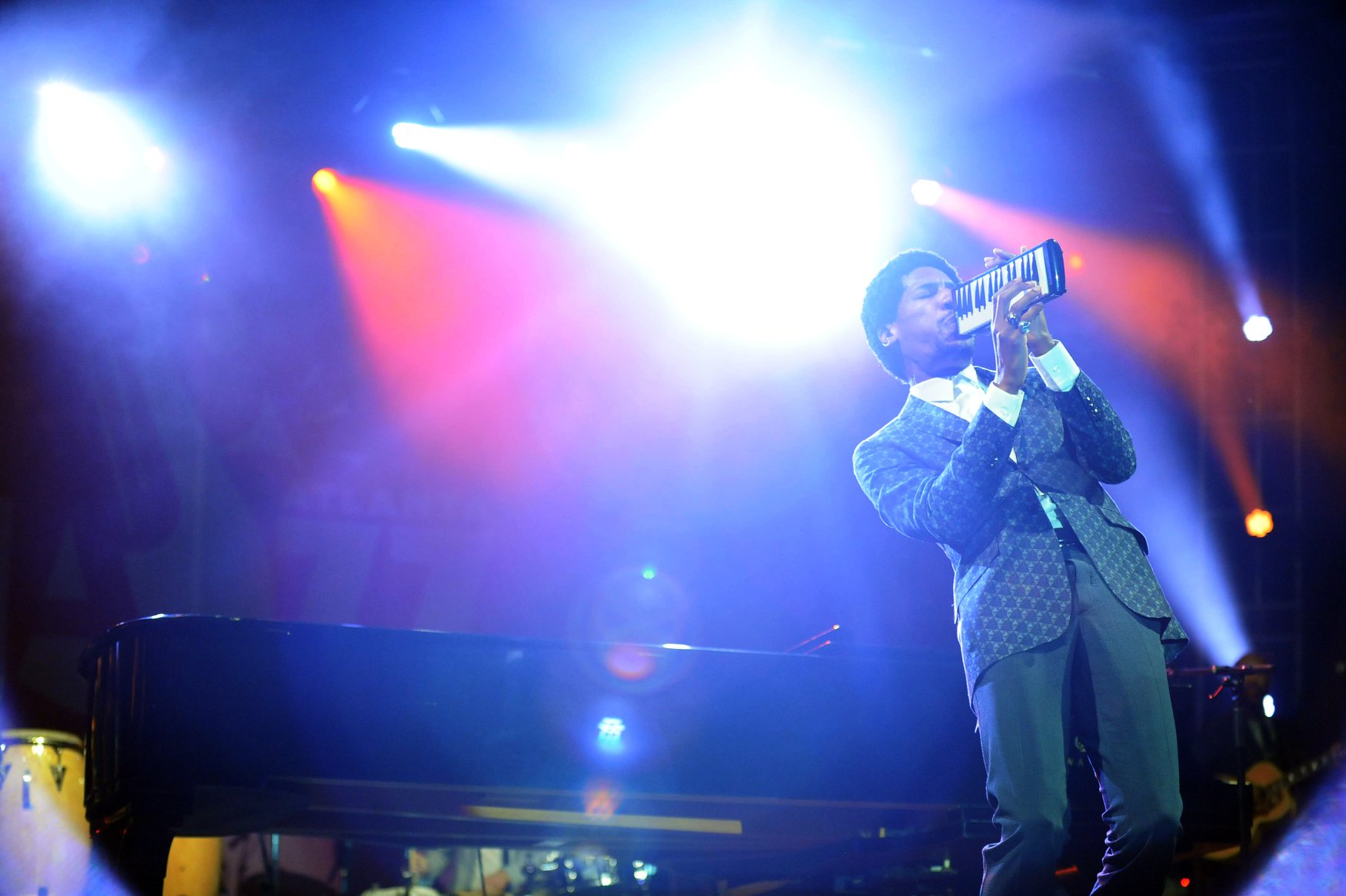 “Recognized as one of the leading jazz festivals in the world, the Atlanta Jazz Festival celebrates the rich history of jazz and its place in Atlanta’s history. The month-long festival features both internationally acclaimed jazz musicians as well as emerging artists playing at various venues throughout Atlanta. The festival culminates each Memorial Day weekend with an outdoor bonanza of show-stopping jazz performances at Piedmont Park.”

Looking for more music festivals in the U.S…?

My site is filled with awesome articles about the best festivals, events, and parties around the United States.  Check out a few of these below, and start planning your own trip! 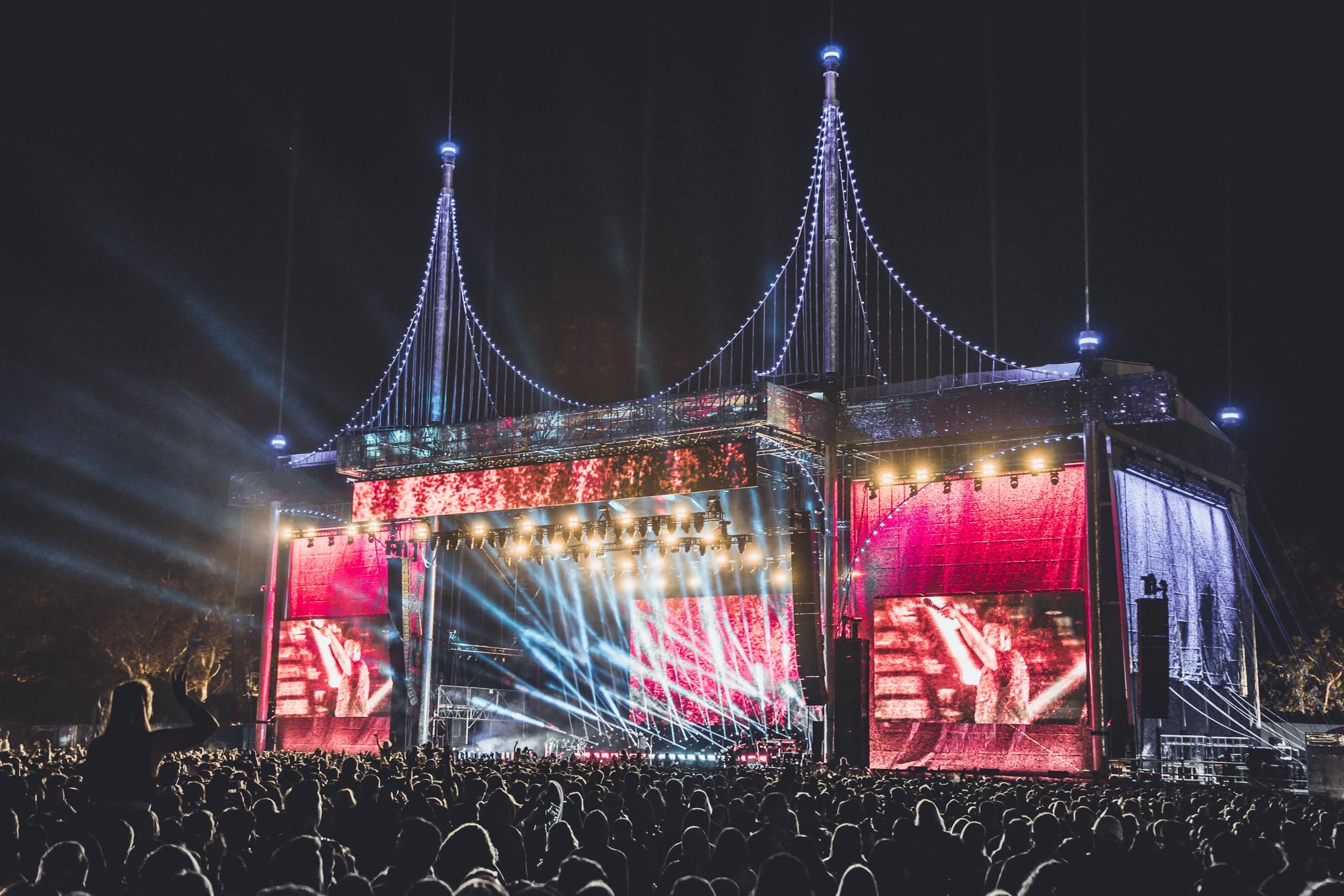 Thanks for reading my article about music festivals in Atlanta! 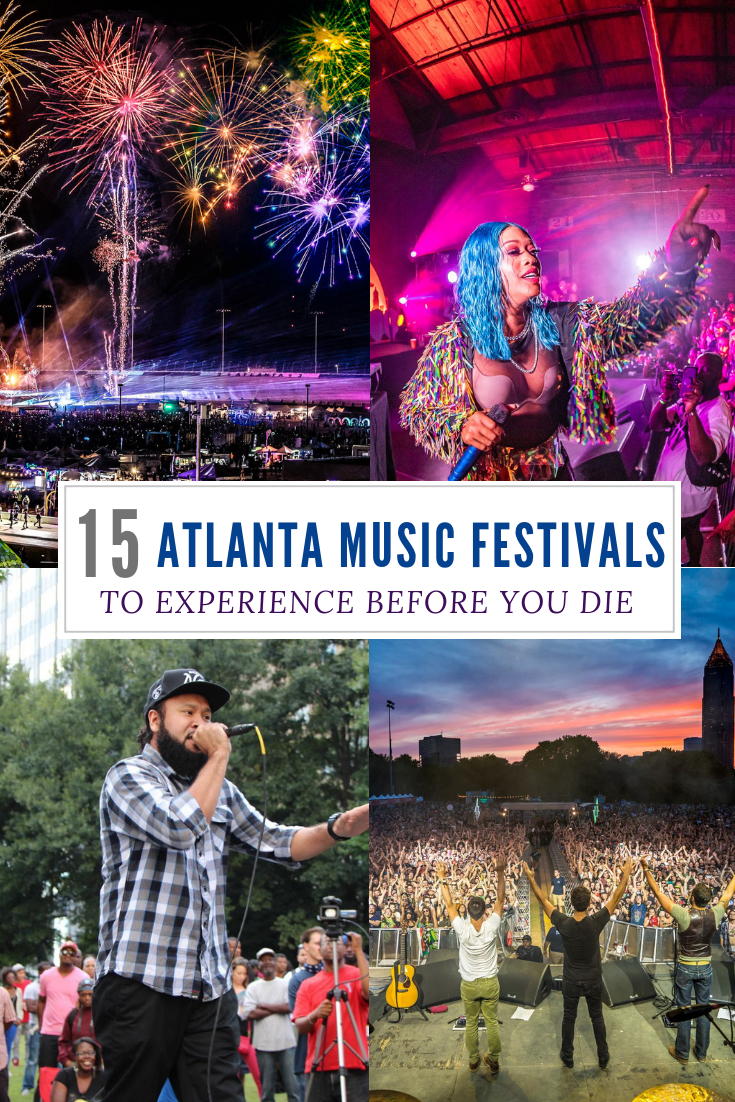