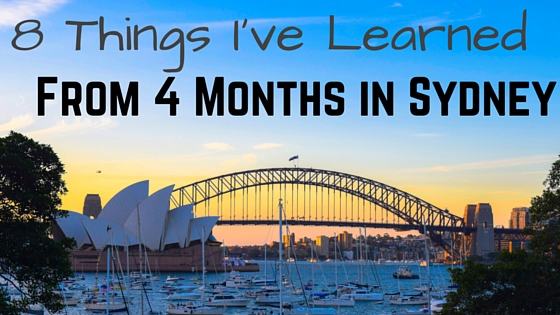 Back when I was in South-East Asia, I was faced with a bunch of different options of what I wanted to do next with my life.  I’m 100% confident I made the right decision to move to Sydney on a Working Holiday Visa.  In only four short months, I feel like my life has changed quite a bit.  Take a look at these 8 things I’ve learned since moving down under.

1) I Still Have No Idea What I’m Doing With My Life…and I’m okay with that. 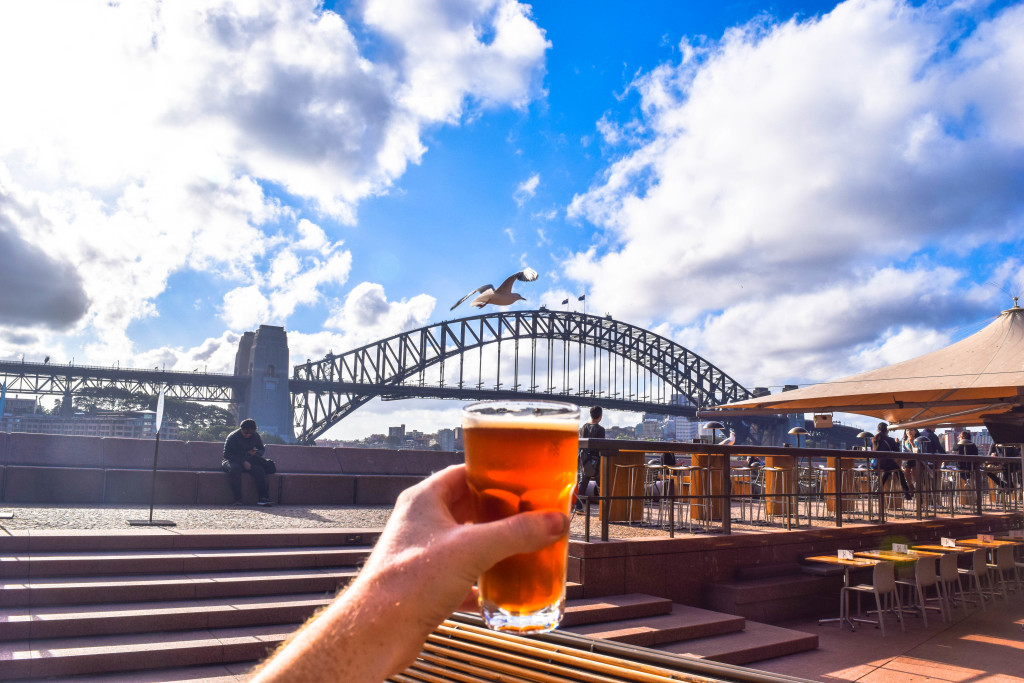 Cheers to the unknown

For the past 5 years or so, I’ve basically just been following little “life signs” about what I should do with my future.

I finished my degree, continued my travels, but was really unsure about what I was going to do next…

I was looking for a sign…and I got one.  The Working Holiday Visa tax law changes in Australia forced me to move here before this opportunity was ruined by tax reform.

It’s only been four months, but moving here was definitely the best decision.  But of course I’m thinking about my future — what is going to happen next?  To be perfectly honest — I have no idea…and I’m okay with that.  I have 8 more months on my visa here in Australia.  Lots of stuff is up in the air right now, and Im just going with the flow.  I’m going to continue living my life in this aloof manner, and see whatever sign life decides to throw at me next. 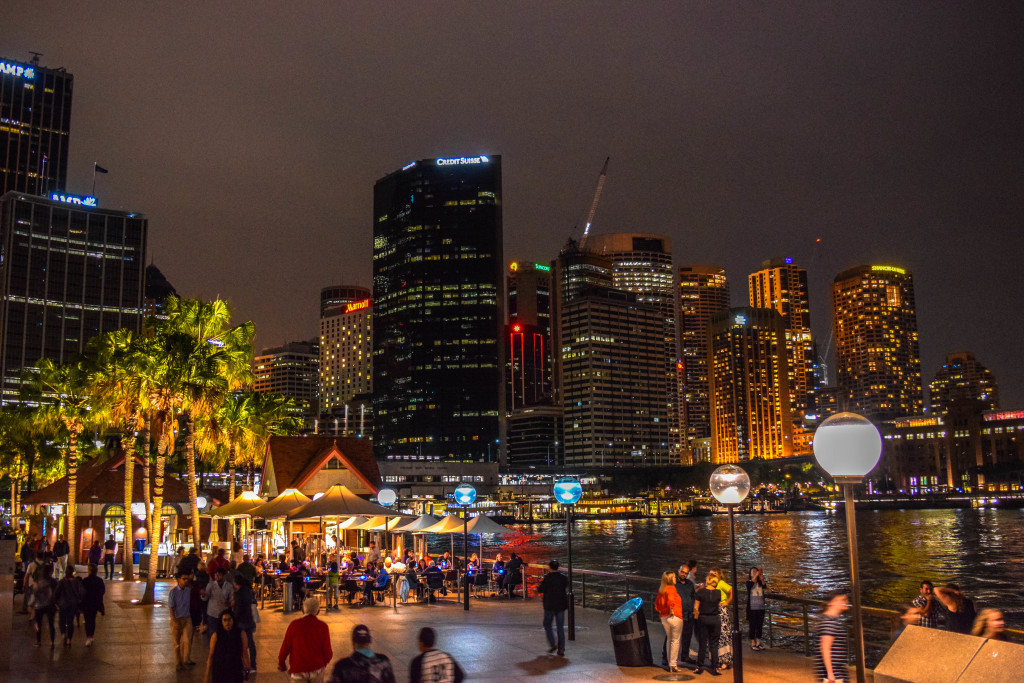 Before I moved to Australia, I honestly thought that spending one full year down under would be way too long.  Now that I’m 1/3 of the way done, I still feel like I just got here.

It took me a long time to finally feel settled here in Sydney, and I’m really liking it.   I’m loving my current living situation, I’m content with my current working situation, and I got some incredible friends in Sydney.

But the traveler in me is already telling me that it’s time to move on.  My original plan was to spend 6 months in Sydney, and 6 months in Melbourne.  But I don’t want to leave Sydney in two months.  I could easily stay here for a full year…maybe even try and find a job that would sponsor me…?  Like I said above, I really have no idea what I’m doing.

Maybe I’m loving my time here because it’s the first time in awhile I’ve been able to slow down my life.  I’ve learned a lot, met some cool people, and know that a lot of things are going to be changing.

All I know is that I’m really enjoying my time in Sydney…and one year in Australia is not going to be long enough.

3 ) Making Money is an Amazing Feeling 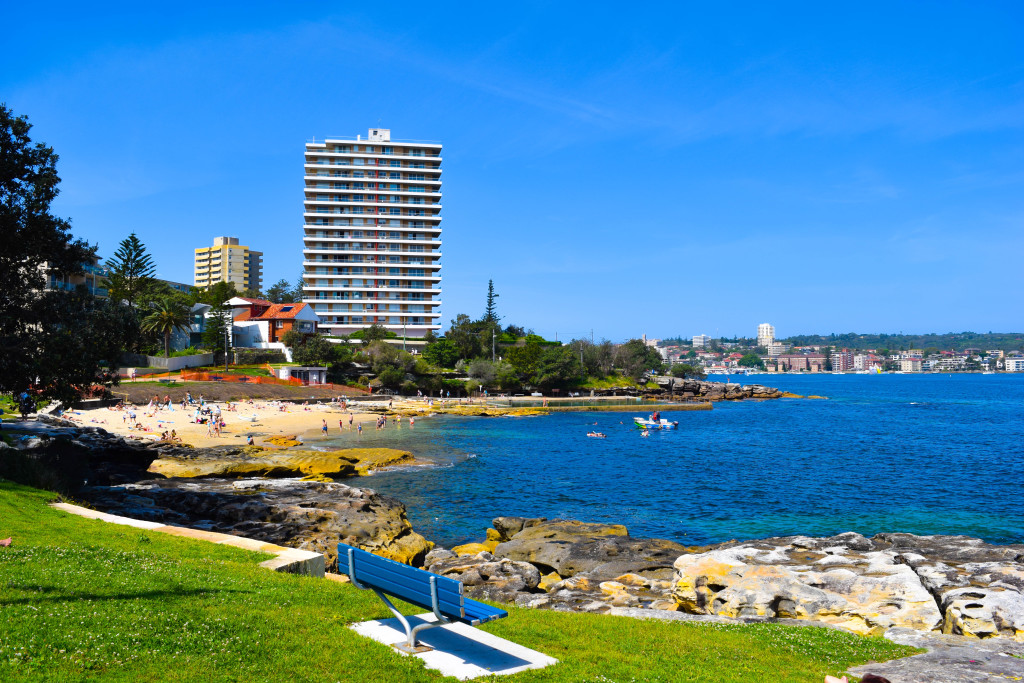 Before coming to Australia, I hadn’t had a job in a really long time.  I had been traveling and studying at the same time for so long, I forgot what it was like to actually see my bank account grow instead of diminish.  I’ve been working my ass off here in Sydney, and I’ve been making some pretty good money.

One of the best parts about this is that I’ve been able to completely pay off all my Credit Card debt.

Over the past two years, I had accrued around $4,500 USD in debt on credit cards.  I had signed up for so many different cards for different airline bonuses, and I would charge all my flights, accommodation, and some bigger purchases on them.  I didn’t realize how much I really had, until I actually looked at everything and added it up.  I came to Australia with a goal in mind — to pay that off as quick as possible — and that’s exactly what I did.

As well, I had to pay quite a bit of money to get to Australia.  The Working Holiday Visa costs 440 AUD, the flight was $200, and I had to get a medical exam for tuberculosis because I had been in Asia for over 3 months.

I still have quite a bit of student loan debt (FML), but it’s still an amazing feeling being completely out of credit card debt.

I also am saving quite a bit of money because I’m in the process of quitting smoking and switching to vaping.  It’s been something I’ve been meaning to do for awhile now, and with the price of cigarettes costing $25 per pack here — it just ma

4 ) Working Full Time Isn’t As Dreadful as I Assumed 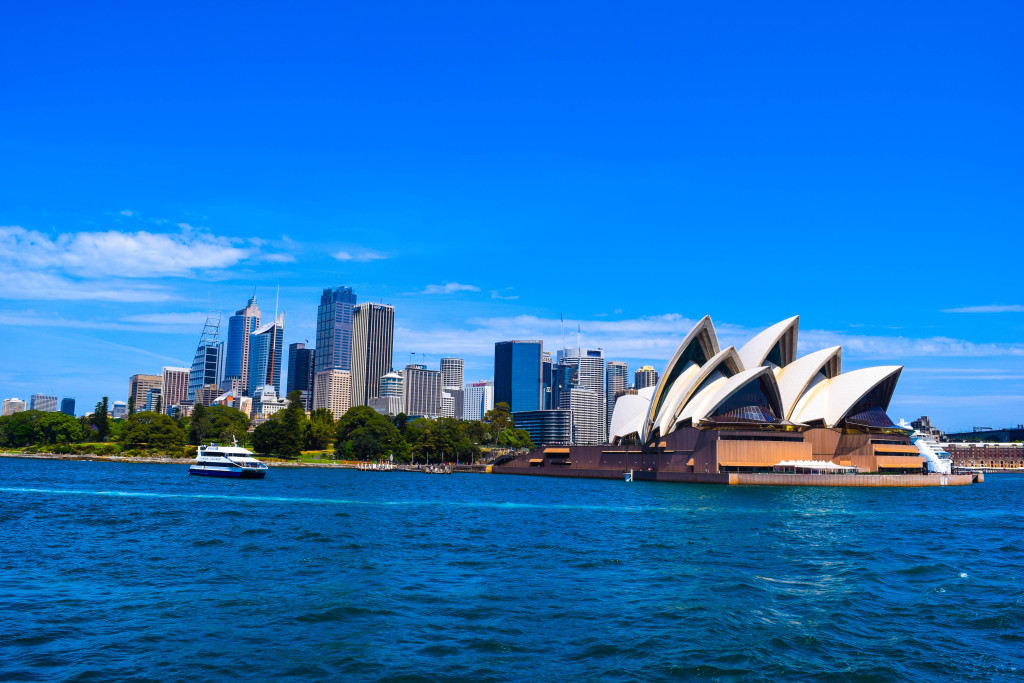 Okay…yeah, I’ve only been working 40-hour work weeks for 3.5 months, but I’ve gotten used to it.

As I’ve written in previous blog updates, it’s been really nice to have a routine.  I’ve been avoiding the whole 9-5 office life for so long, but I actually don’t think it’s that bad.

But I’m beginning to think if I found a job I was truly passionate about (something in the travel industry obviously), I don’t think I would mind settling down somewhere for awhile.

A feeling that is very foreign to me, as I’ve been moving around pretty quick ever since I finished my Bachelor’s degree. 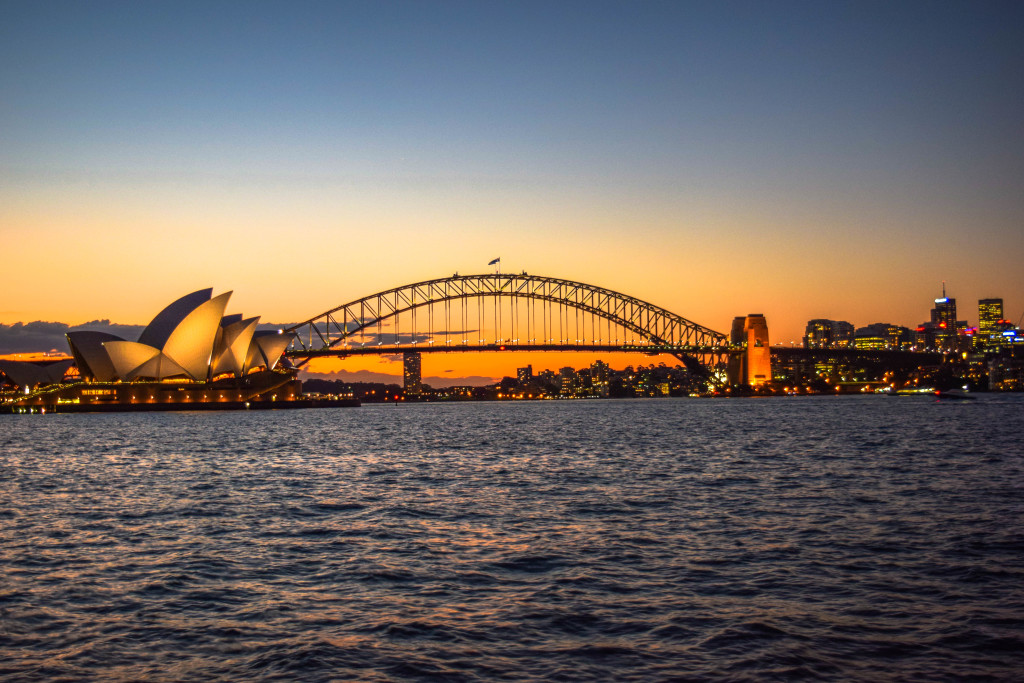 If you haven’t seen pictures of me from a couple years ago, I used to be quite a hefty ginger chunk. Two years living in Italy drinking every night, and eating nothing but pizza, pasta, and paninos really put on some weight.

When I moved to the Netherlands though to start my Master’s Degree, I was able to work-out everyday, cook for myself, and lose a shit ton of weight.  It felt amazing to start feeling a bit more confident, learn about healthy eating habits,and stick to a work-out schedule.  I was doing heaps of resistance training, and was actually gaining a bit of muscle!

When you’re a long-term backpacker though, it can actually be pretty hard to maintain a healthy lifestyle.  So now, that I’m fully settled here in Sydney — I really need to get back into that healthy mindset again.

6) Eventually I Need to Visit Back Home 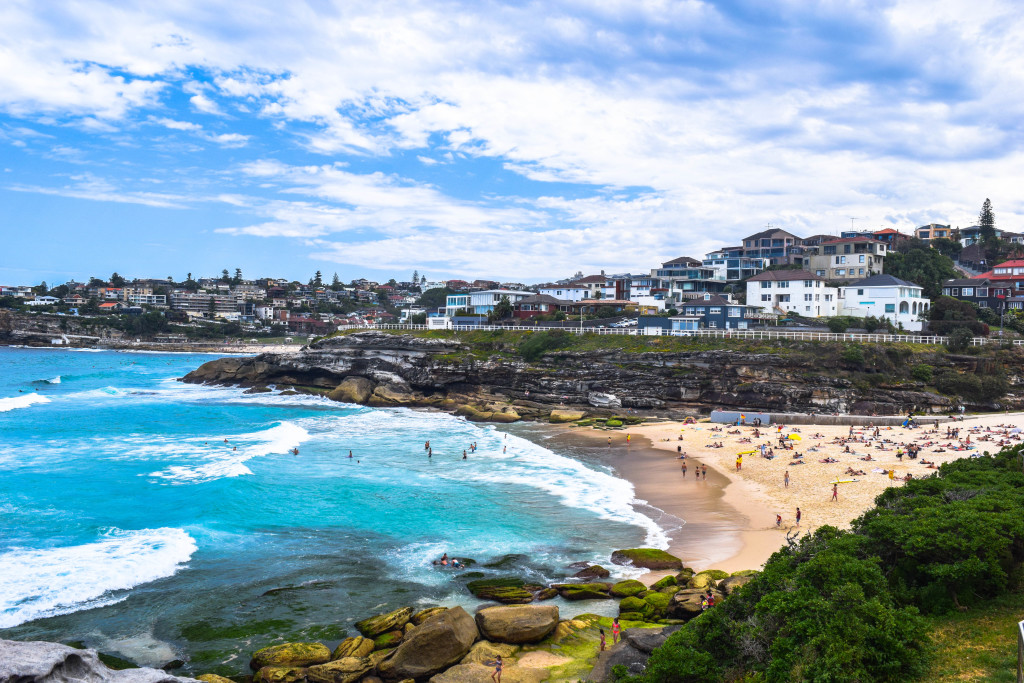 It’s been over 18 months since I visited my family and friends in California.  I honestly can’t believe how fast this has gone by.

I was really close to flying home back in July, but due to lack of space at my parents house in California (and lack of car), it just wasn’t feasible.

It would be amazing to be able to spend some time in California, catch up with everyone, coordinate my possessions, and hit the road again.

I really do miss my home 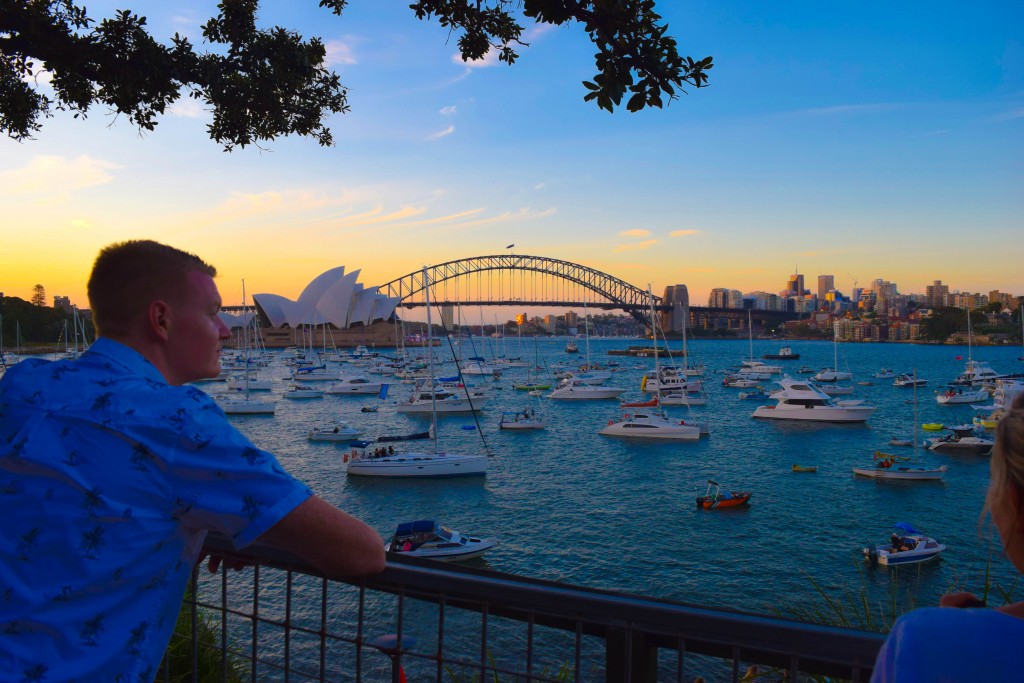 The longer I stay away from home, the more I realize how feasible it is to start a proper career abroad.

When I first moved to Italy, I always just thought I would be a tour-guide for a year or two, and then move to Los Angeles or San Diego and pursue some sort of corporate career.

Well, that definitely is not the case now.

I will definitely transform from long-term traveler to full-time EXPAT.

8 ) My Future Is Whatever I Want It To Be 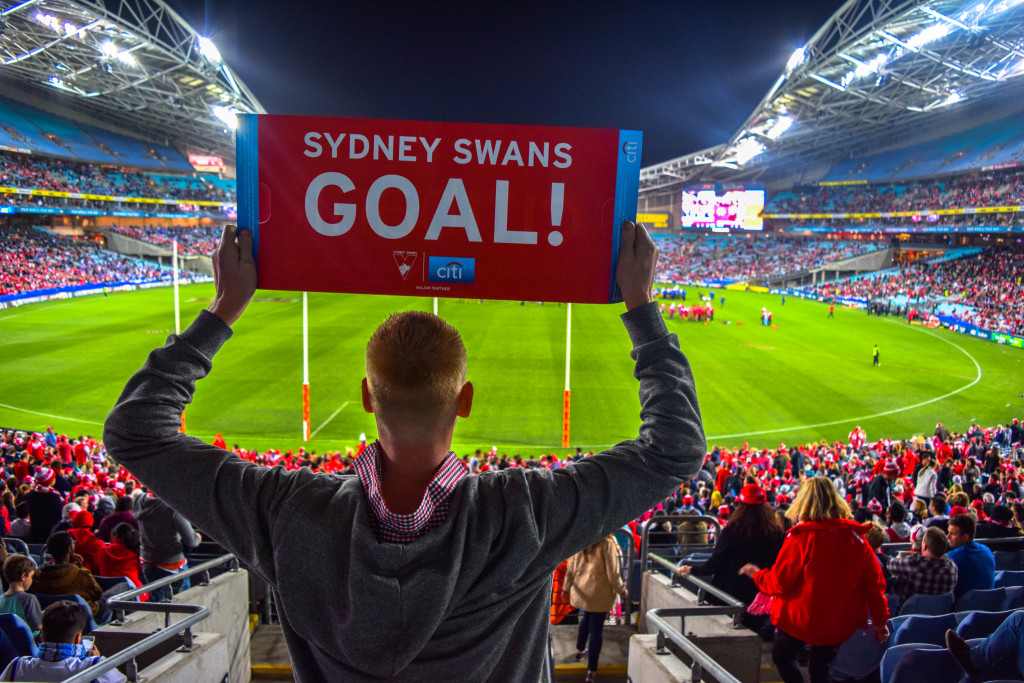 I’m happy that I have found something I am truly passionate about, and I’m following my dreams.

It’s hard to think about the future right now, because so much is up in the air.  But I know that I can do whatever I want with it.

If I want to go teach English somewhere, I’m going to do it.

If I want to go volunteer at a hostel in Guatemala for six week, that’s what I’m going to do.

Like I said, I still have no idea what I’m doing…but who does?

I’m simply on the pursuit of happiness, and figuring it out as I go.

Thanks for reading everyone!

Five Reasons Why I Want to Visit Iceland
Scroll to top