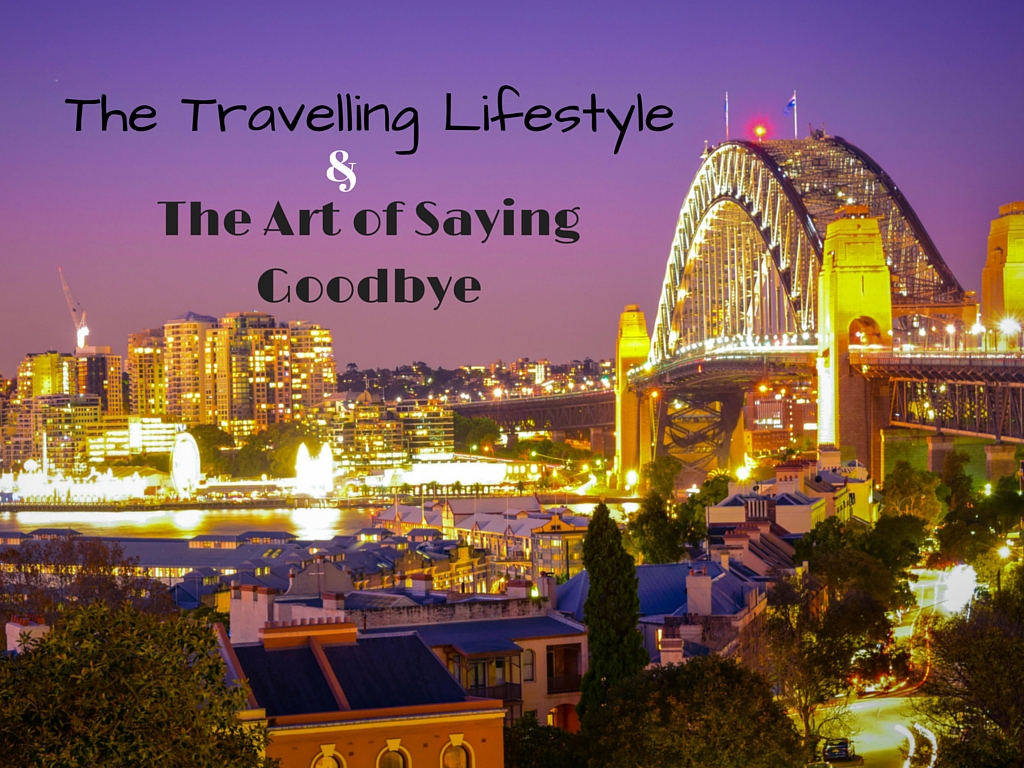 I’ve been living and working abroad since 2011.

It all started when I got offered a position as a travel guide in Europe.

Every single weekend I was introduced to awesome groups of study abroad students.  You form friendships with them over the course of 72 hours, and then remain friends with them until the school semester ends, and then you’re forced to say goodbye. 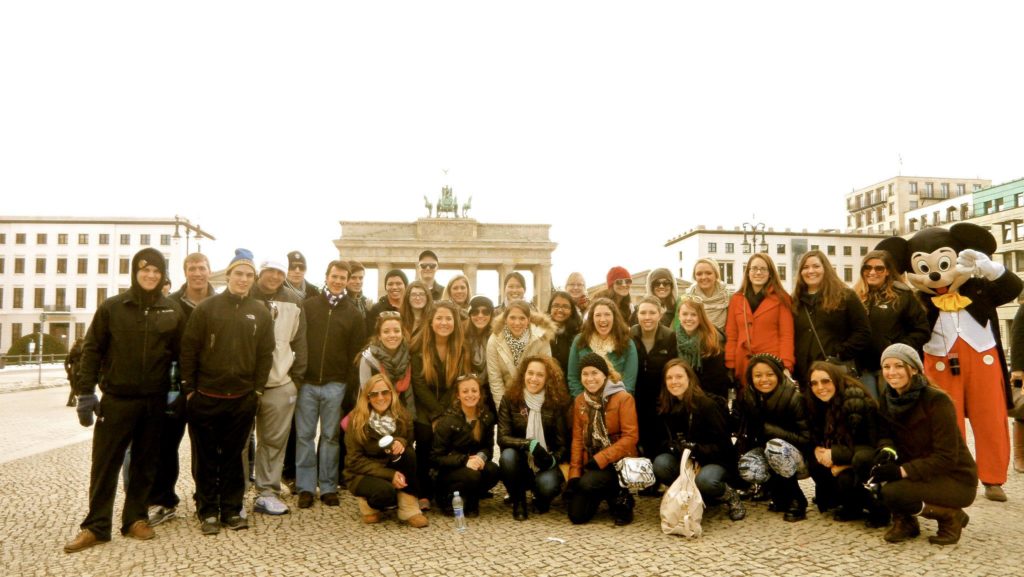 Sometimes you have one crazy weekend with a group, and never hang out with them again…

That is the life of a travel guide.  It was honestly two of the craziest and best years of my life.  It solidified my love of living abroad, learning new languages, and working in the travel industry. 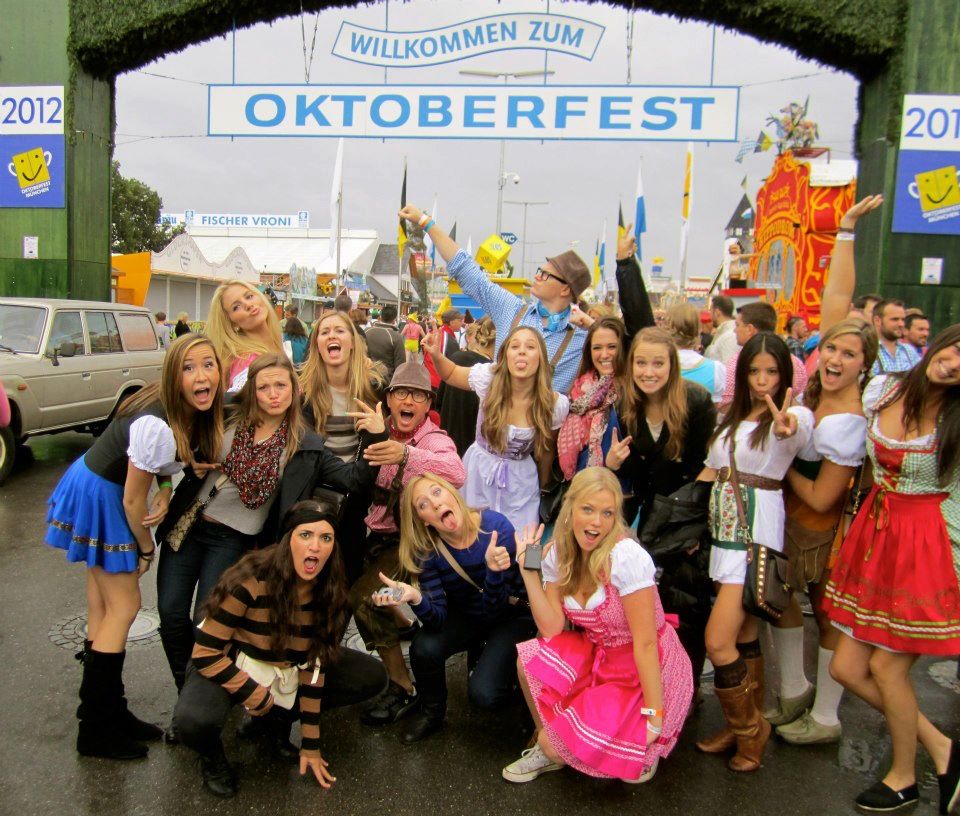 But I thinkt that’s when I really started getting good at saying goodbyes.  It’s a sad realization when you understand that it gets easier over time.  Of course it’s still a bit sad to say your farewells to the people you’ve been spending a lot of time with over the past few months, but I honestly think it got a lot easier emotionally.

In that regard, it actually mentally prepared me for my upcoming adventures of a long-term solo backpacker.

During my travels in Asia, I was constantly meeting great people.

These random strangers met at bus stations and hostel lobbies have turned into solid friendships.  I may not keep in touch with everyone as often as I’d like, but I have no doubt that whenever there is a reunion with my travel mates, it’ll be like no time has passed at all.  You guys know who you are…

You never know who you’re going to meet when you’re traveling, and there’s a small chance that they might change your life forever.

For example, at my very first Full Moon Party I met three Aussie dudes.  We drank, we partied, and we had an one ridiculously epic night. 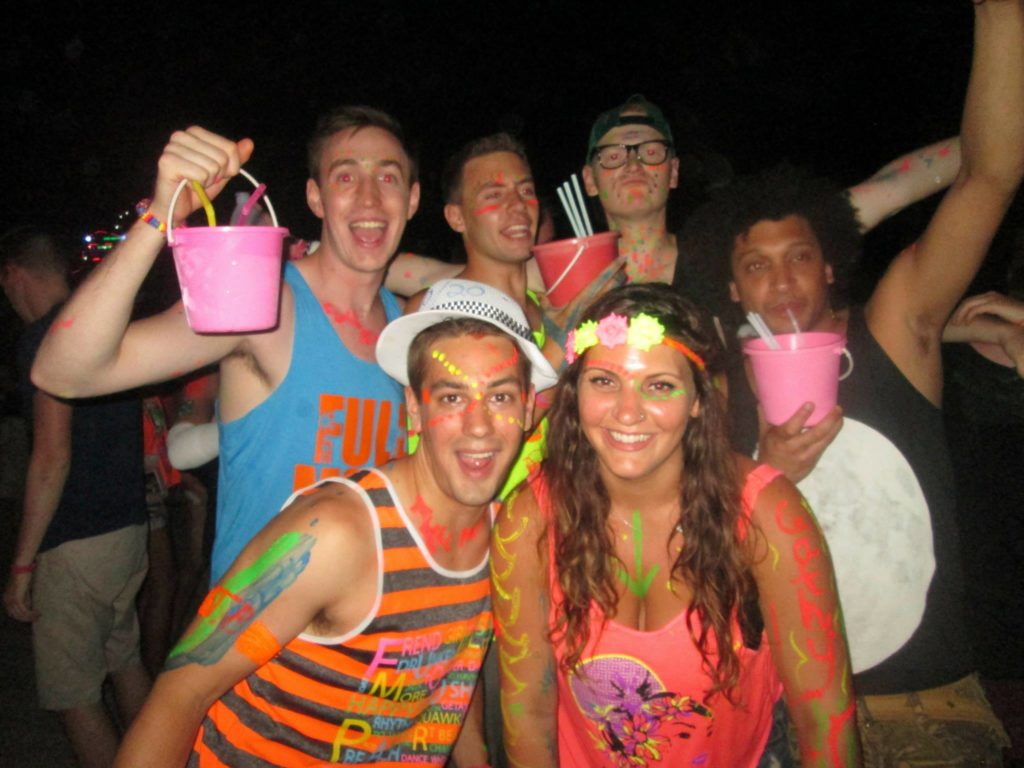 Did I know if I would even ever see them again?  No, I really didn’t.  Flash forward over two years later, and they are my some of my best mates in Australia.  I can confidently say that without having them in Sydney, I would have had a completely different Working Holiday Visa.

But when you’re a nomad like I was, it’s incredibly easy to make friends on the road.  I’ve had the pleasure of traveling with tons of different people.  Some people for just a couple days, some for weeks, and others for months.

But we’re all on our own separate journeys — and eventually travel paths must diverge.

We say our goodbyes, and move on.  We find ourselves alone again, only to check in to a new hostel, and start the process all over.

But what happens when you’re not ready to say goodbye?

This is exactly what I’m asking myself now.

If you’re following me on Facebook or Instagram, you’ve definitely read something about how much I was loving my life in Sydney.

I was in Australia for nearly 9 months, and I really do have the best group of friends there.

“True life:  my squad is better than your squad.” 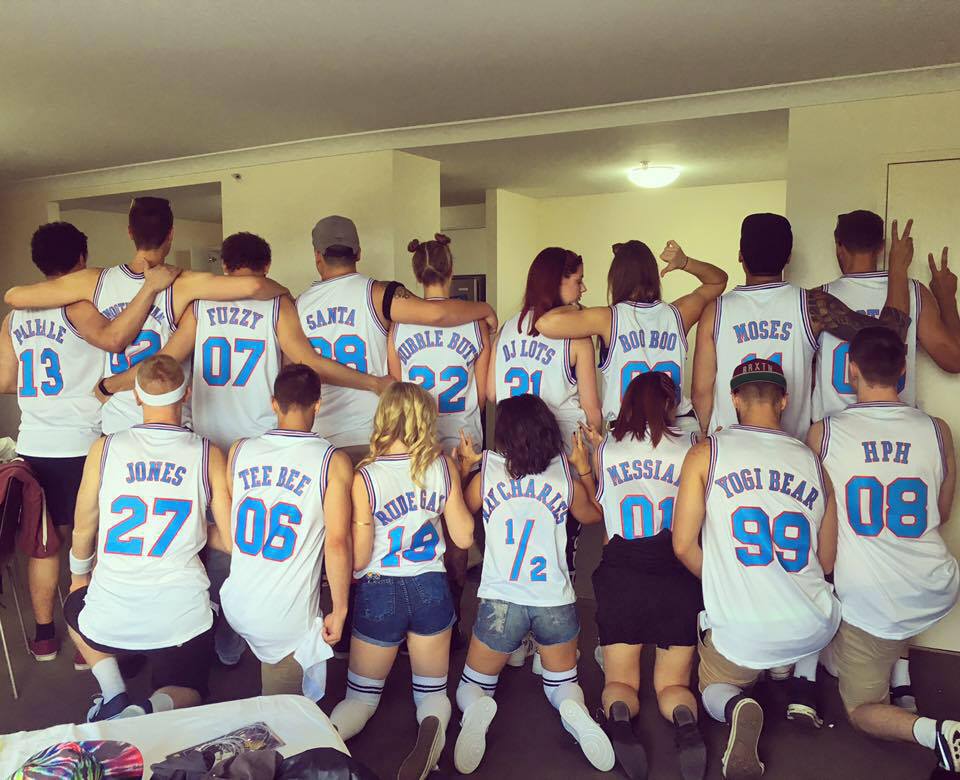 To be completely honest, moving to Sydney was originally a means to an end.  I only moved to Australia because I was broke as hell, and knew that I could save up a decent amount of cash quick if I worked full-time.

But my whole world has been flipped upside down.  I’ve fallen in love.  I forgot what it was like to have a “home-base”.  To live a normal life.  To kick it with the same group of friends every weekend.  The anti-nomadic life.

Sydney wasn’t just another stop on a long-term backpacking trip — it has become my home.

I no longer was a backpacker — I became an expat.

The past month has been quite emotional.  The government has gone back and forth too many times about the backpacker tax.  I even got interviewed about it for the Australian Financial Review.

The day after they announced the “backpacker tax”, I pretty much booked a flight out of the country, and began planning my travels.

Then — out of nowhere they’ve decided to put it on hold…and it’s confused the hell out of my mind.  I’ve got all these travel plans ahead, and it’s just too late to change everything…

The truth of the matter is:

I didn’t want to leave.  I can’t say goodbye this time. 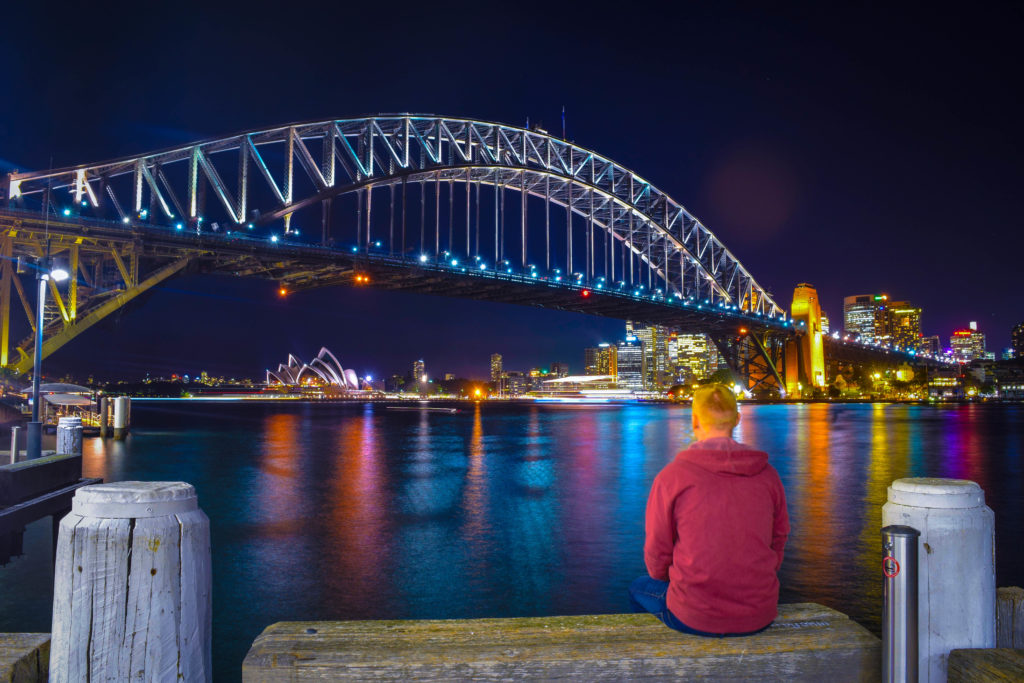 I’m actually finishing this post now while traveling through Sri Lanka for my first Travel Blogging Conference, and I’m really glad I decided to come.  I am stoked to start traveling again, but I’m also not ready to put Sydney in my rearview mirror.  I really do think I have a future in Sydney.

So I guess what I’m getting at is this — everything happens for a reason.  The government changes, travel plans, and quitting my job.  Everything will end up the way it’s meant to.  Sometimes you need to leave a place so you can reflect on how much it had an impact on you.

The people I’ve met and the experiences I’ve had in Sydney have been unforgettable and life-changing.  It’s made me realize that as much as I love traveling, I very much enjoy having a home-base — and I honestly could see myself settling down in Australia.  My days as a long-term traveler with one-way tickets and year long adventures might not be quite over, but I do know that I’m keen to move back to Sydney.

I might be hitting the road once again, but I’ll be making my way back to Australia in just a few short months .  If things that don’t work out, than I’ll figure it out from there.  But I’m a firm believer that if you want something strong enough, then you can make it happen.

Special Thanks to everyone who made it to my Going Away Party! 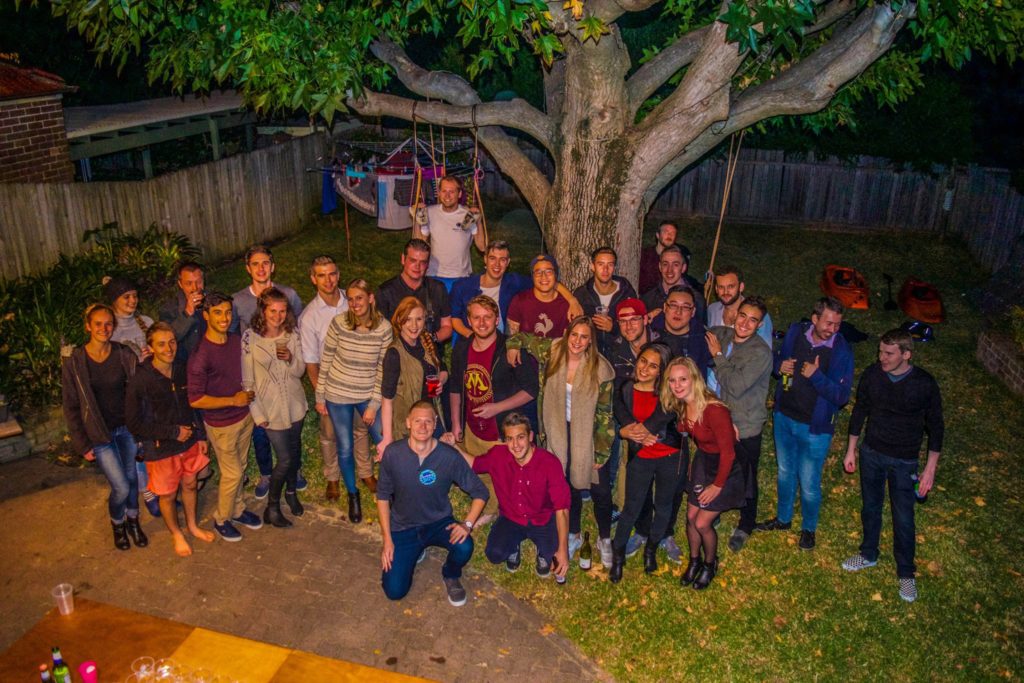