If you’re planning a trip or simply gathering information, here are some interesting facts about Scotland.

So, you’re a wee bit curious about Scotland, aren’t ya?  One thing you should know is that they’re serious about two things – whisky and Loch Ness monster sightings. But even with all of the mystery that surrounds this sovereign state, it is not what defines it.

From its Lowland cities to its many surrounding Isles, Scotland is breathtaking. The people are warm and friendly, and it’s easy to get around as a tourist. And, sure, Scottish Gaelic is not easy to catch, but it is wonderfully euphonious.

Scotland is full of history, legendary tales, and delicious food and drink. Not to mention, Scotland is the recipient of a couple of Guinness World Records. That is just one of the many fun facts about Scotland that is sure to keep you glued to this guide. 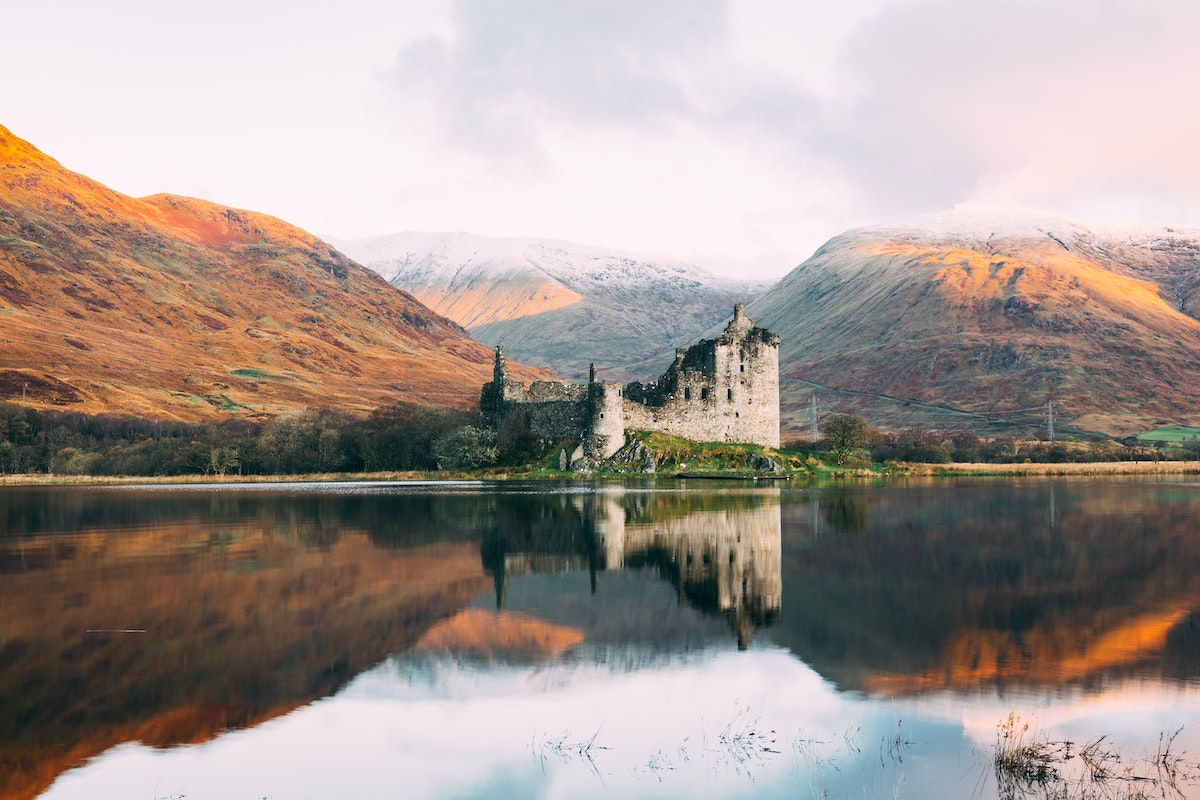 2. Out of all the things associated with Scotland, you probably weren’t thinking about golf. But golf has been played in Scotland since the early 15th century. So, the Scots basically invented the sport. The town of St. Andrews in Scotland is considered the ‘Home of Golf’.

4. When you order your next drink at a Scottish pub make sure it’s a Whisky neat. That way you’ll be drinking Scotland’s finest. Not only is whisky the national drink of Scotland but the world-famous Scotch Whisky is known for its superb quality and rich varieties.

5. Did you know that football was initially banned in Scotland, by King James I? Maybe he just couldn’t bend it like Beckham but luckily, the ban fell into disuse. Years later, the first-ever international association football game was played in Scotland.

This match was between Scotland and England in 1872 and was played at the West of Scotland Cricket ground in Partick. The match was watched by 4,000 spectators and ended as a 0–0 draw.

6. There are cool places in Scotland to visit and the small town of Bonnybridge is one you must-see. This town in Scotland has become the UFO capital of the world. There have been close to 300 sightings of Unidentified Flying Objects, reported every year. Do you think that when E.T. said his famous one-liner, “E.T. phone home”, he meant calling a small town in Scotland? 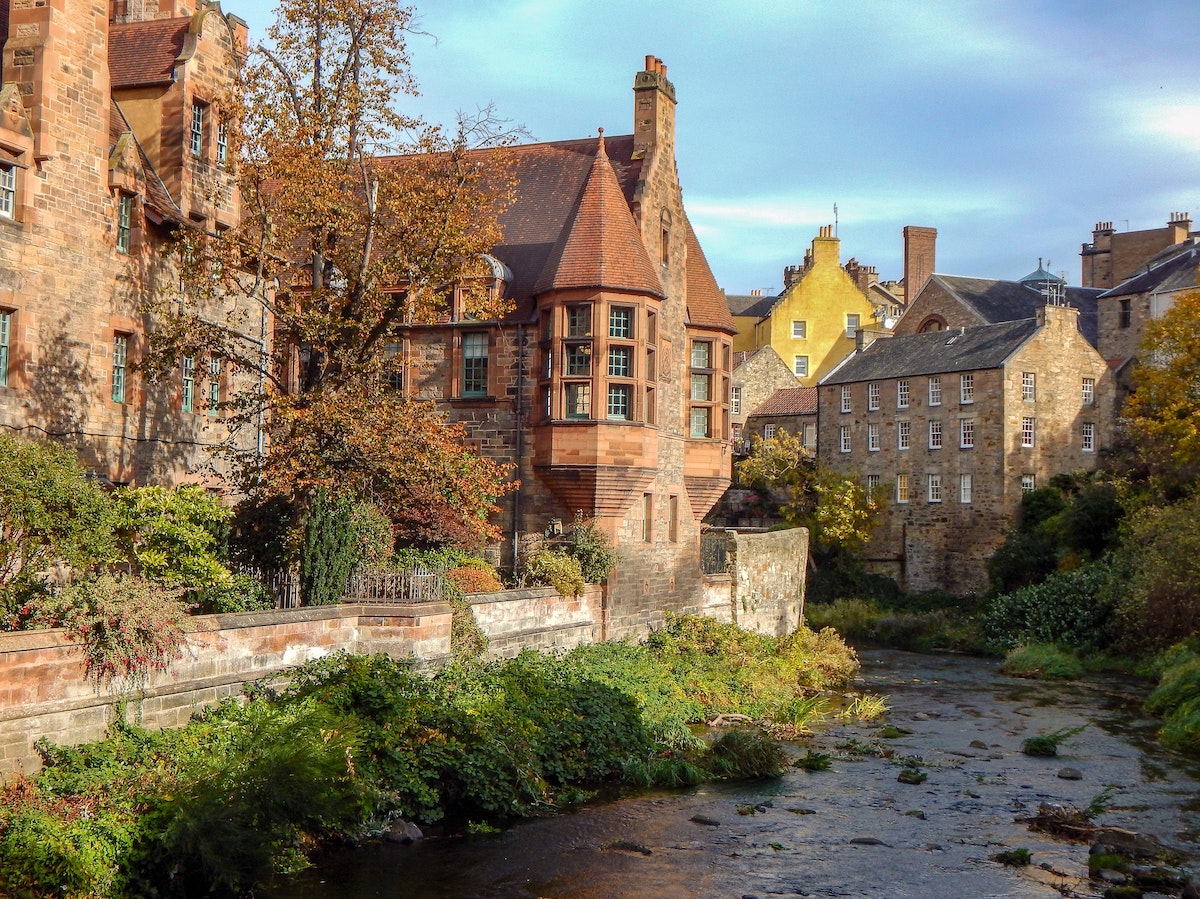 7. After a night out on the town, pub-hopping, you’re lucky that Scotland has the ultimate hangover cure. Scottish breakfasts are one of the most effective hangover treatments. This infamous breakfast includes Scottish-style black pudding, Lorne sausage, baked beans, tattie scones, a poached egg, toast, and English tea or coffee. Even if you’re not hungover – dig in!

8. Scotland hosts its own Olympics and it’s not The Hunger Games – it’s the Highland Games. If anyone asks you, “What is Scotland famous for besides whisky?” tell them about this. Contestants show off their skills at hammer throws, haggis-hurling, and other various tests of strength. The first Highland Games was celebrated in the 11th century.

9. Boxers or Briefs? In Scotland, it’s neither, actually. Kilts don’t require underwear. The cat is finally out of the bag. They may require long socks, but it’s a Scottish fact and tradition for the men wearing kilts not to wear any undergarments. The only exception is, of course, during the Highland Games.

10. Scotland is home to numerous celebrities – from athletes and Olympic medal winners, to actors and musicians.

The country also has a strong history of producing influential writers, such as the poet Robert Burns, JM Barrie, author of Peter Pan, and Sir Arthur Conan Doyle, of the Sherlock Holmes novels.

11. This is a Scotland funny fact about Haggis. For those who are unfamiliar with what Haggis is, it is a Scottish dish consisting of a sheep’s or calf’s offal mixed with oatmeal, and seasoning, boiled in a bag, traditionally one made from the animal’s stomach.

Well, one of the most famous Scottish poets, Robert Burns wrote an ode to the delicacy, called “Address to a Haggis.” This is often recited before the Haggis is cut by the speaker of the poem.

12. It’s good to know that Haggis is loved in its birthplace because, since the 70s, imports of haggis to the US have been banned.

13. In Scotland, Tartan is a Scots best friend. What Tartan you sport shows people what clan you are from. It’s not just a fashion choice. Each clan has a dedicated tartan and it’s seen as an icon of Scotland. It is even used by various countries around the world today. Japan is the world’s biggest importer of Tartan and rumor has it that Hello Kitty has her own. 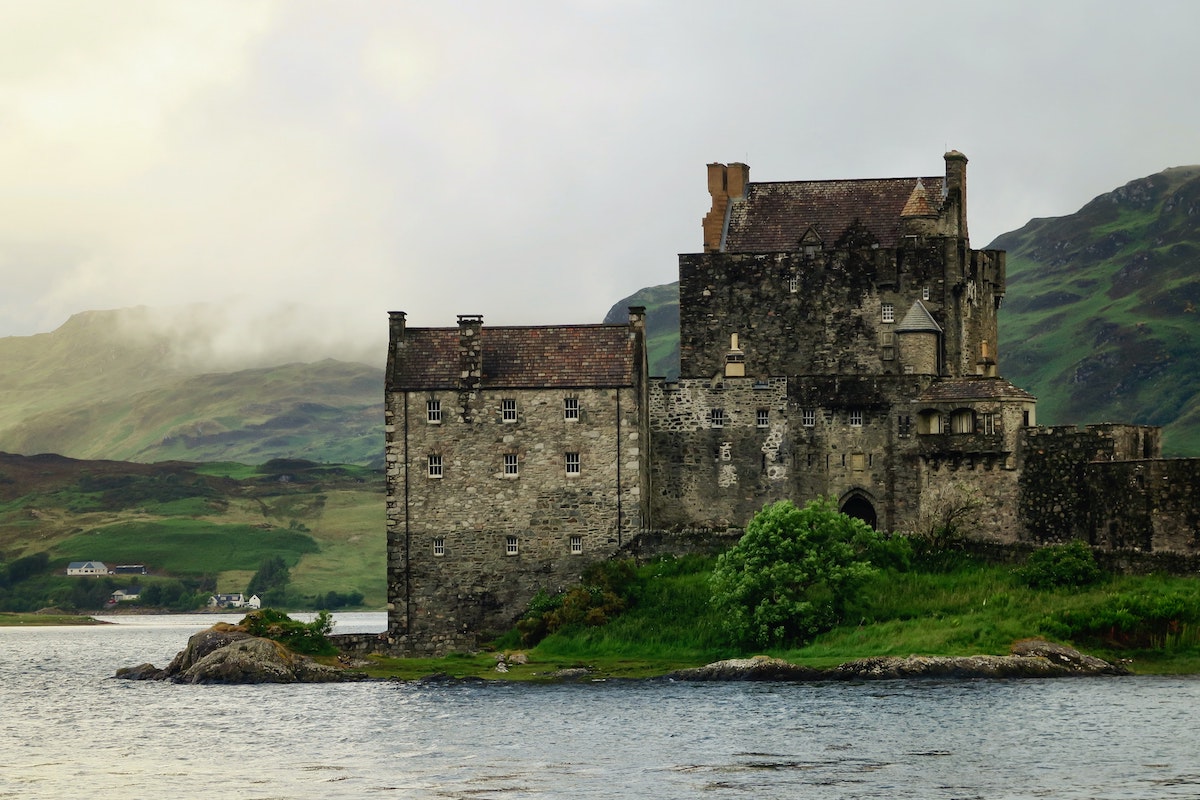 15. The Scots are incredible storytellers and each legend and myth is cloaked in magic and adventure. And one legend that Scotland is known for is the Loch Ness Monster.

Though it may or may not exist, the Loch Ness Monster (Nessie) was thought to be some sort of plesiosaur. According to the legend, Nessi lives in the deep, dark waters of Loch Ness in the Scottish Highlands. Apparently this “water beast” attacked one of the followers of Saint Columba and since then the tales surrounding Loch Ness haven’t died down.

16. In Scotland, you’ll notice that there are several unicorn statues in and around the Scottish towns and cities. That is because the unicorn is the official animal of Scotland.

Yes, it’s true. In Celtic mythology, the unicorn was a symbol of purity and innocence, as well as masculinity and power.  While the animal is mythological, the ideals it represents are why the Scottish love the unicorn so much. Who doesn’t? 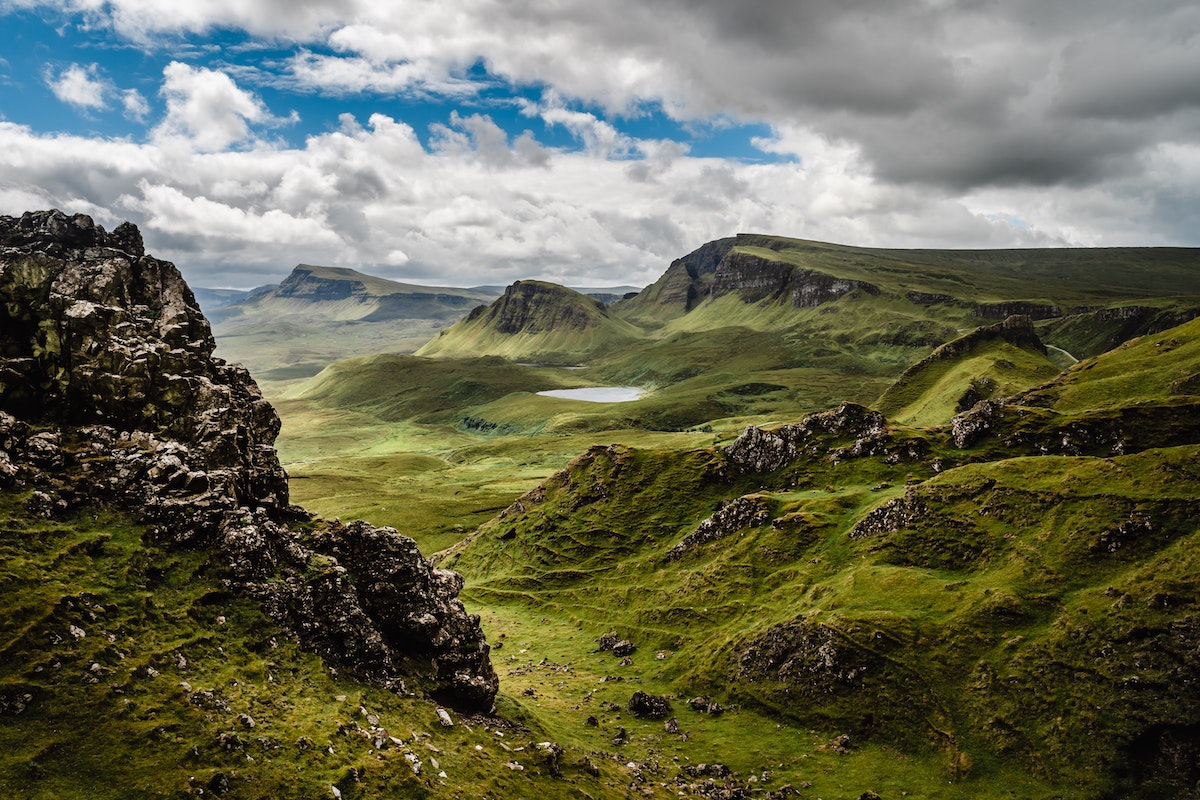 17. This Scotland fun fact is a little unbelievable. Scotland has the shortest commercial flight in the world. The journey from Westray to Papa Westray in Orkney takes just 47 seconds.

18. The Loch Ness isn’t the only mythical creature in Scotland. Meet Morag, the monster of Loch Morar. This large and elusive creature got its time in the spotlight in 1969, after it allegedly attacked two fishermen. These fishermen claim that Morag was around 30ft long with rough brown skin, three large humps, and a snake-like head.

Real or not, you’ll have to take a trip and come up with theories of your own about the Scottish legends that live in the dark.

19. Hopefully, you’ve got a pen and pad with you because this is one cool and interesting fact. The scars on the face of The Joker from the movie The Dark Knight is a wound called the “Glasgow smile”. It originated in Glasgow, Scotland but later became popular with English street gangs. Actor Tommy Flanagan was given one when he was attacked outside a bar in Scotland.

20. A tropical destination is not how many would describe Scotland. But this nation is made up of approximately 790 islands of which 660 are uninhabited. Skye is probably one of the most well-known Scottish islands, with the Scottish islands, Lewis and Harris, Mainland Shetland, and Mainland Orkney, running close behind. 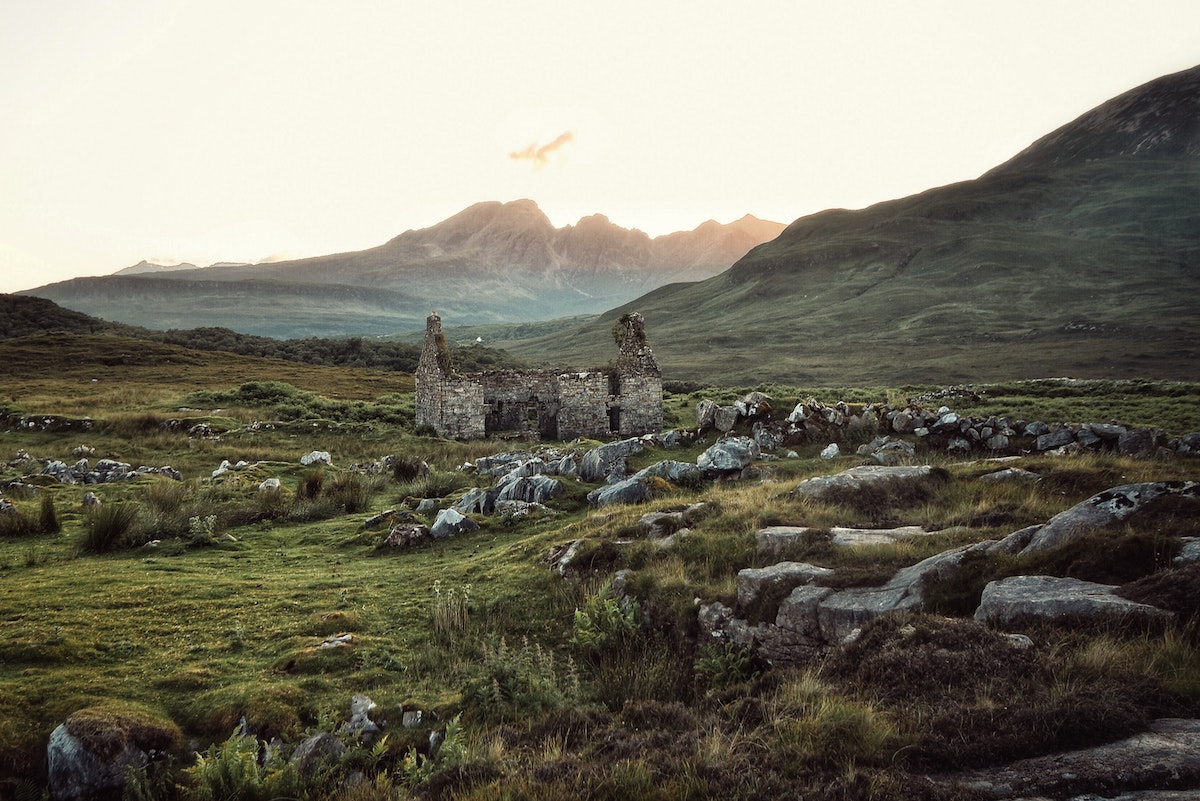 21. An interesting fact about Scotland is that the Scots know a thing or two about Gin. Although Scotland is the head connoisseur of whisky, they also have a very healthy gin obsession as well. Between 70 and 80% of the UK’s gin is produced in Scotland.

For those who are unfamiliar, Gin is quicker and easier to make than whisky and the Scots make over 100 gins to choose from. The world-famous Hendrick’s and Islay’s only dry gin, The Botanist, are the oriGINators of the Scots.

22. The longest echo inside a man-made structure was recorded in Inchindown tunnels in Scotland. This was a WWII fuel-storage facility near Invergordon in Ross-shire.

A Salford University acoustic engineer recorded a shot fired from a pistol inside the Inchindown tunnels. The time for the reverberation to end was 112 seconds. This beat the 1970 Guinness World Record’s time of 15 seconds set in Hamilton Mausoleum in Lanarkshire.

23. When it comes to celebrating good times, the Scottish do it well. The Edinburgh International Festival is one of the largest performing arts festivals in the world. The festival attracts over 400,000 people annually.

24. Contrary to popular belief, Scotland is not a lone wolf – it is a part of the United Kingdom. The Act of Union was signed in 1707 which unified Scotland, England, and Wales into a single sovereign state with one monarch, known as the United Kingdom of Great Britain.

25. An interesting fact about Scotland is that higher education is free. And there are some fantastic universities to boot, like St. Andrews which is where Prince William went to school. 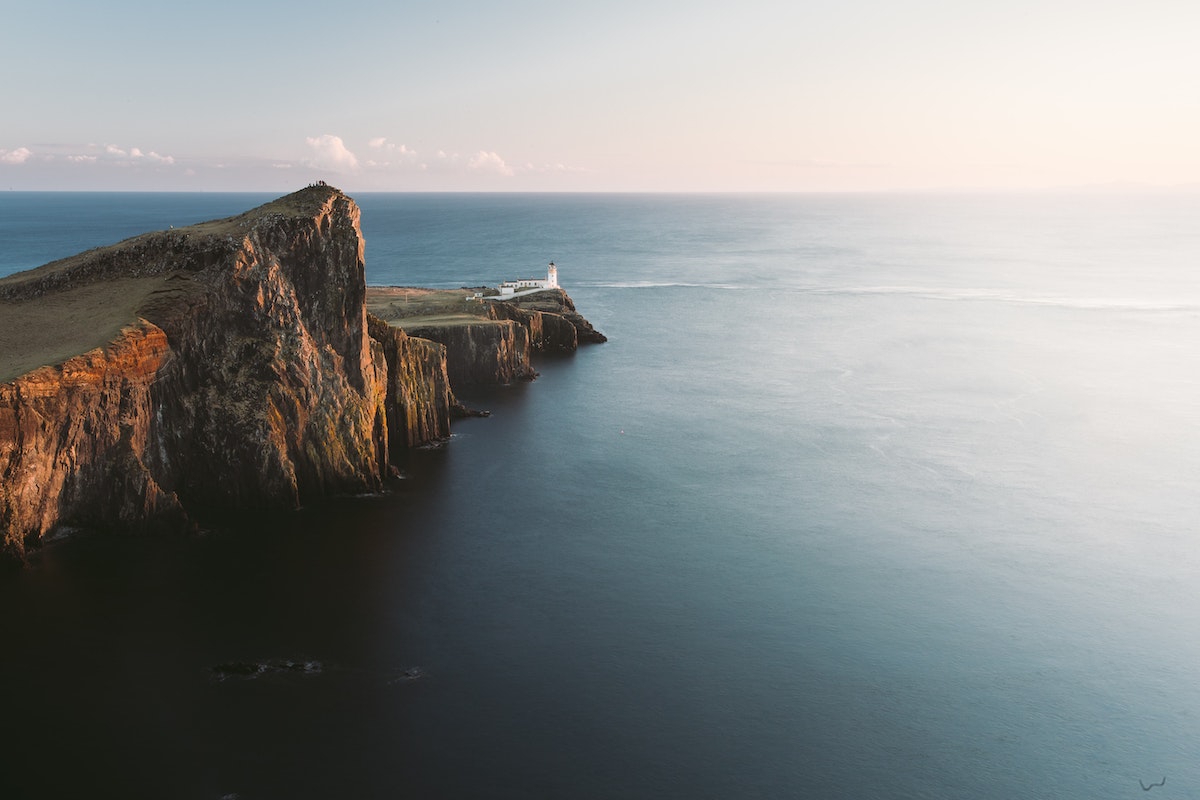 26. Scotland is an old nation. It is one of Europe’s oldest nations, almost reaching 100 years old.

27. The Fortingall Yew is a heritage tree that is thought to be one of the oldest living things in Europe at around 3,000 to 9,000 years old.

28. The Meikleour Beech Hedge, in Perthshire, was planted in 1745 and stands at a whopping 100 ft (30 m) high and 530 m long. This is another famous landmark for Scotland as this is recognized by the Guinness Book of World Records as the highest hedge in the world.

30. The Heart of Neolithic Orkney is one out of many Scottish UNESCO World Heritage Sites. This is made up of the Ring of Brodgar, the Stones of Stenness (two standing stone circles), Skara Brae (an ancient Neolithic settlement), and Maeshowe (a Neolithic chambered tomb). It provides an amazing look at a now-gone 5,000 year old culture.

31. Glasgow is Scotland’s second city, and at its peak in the late 19th century, Glasgow was booming. The city developed so quickly that it could barely keep up with housing and welfare. Glasgow at the time was considered one of the largest cities in the world.

32. Here’s a whisky history fact to appreciate the next time you take a sip. The production of coach Whisky dates as far back as the 11th Century. Whisky must be aged for at least three years in oak barrels. Any more than that, it’s bound to get better with age. The bottle will tell you everything you need to know.

33. One thing about the Scottish, they are resilient. The Romans at one point tried to invade Scotland but were unsuccessful, claiming that it was just too difficult – a mission impossible.  The Roman military efforts lasted 40 years on and off in Scotland. Eventually, Rome waved a white flag and built a wall to keep the Scotts away instead. 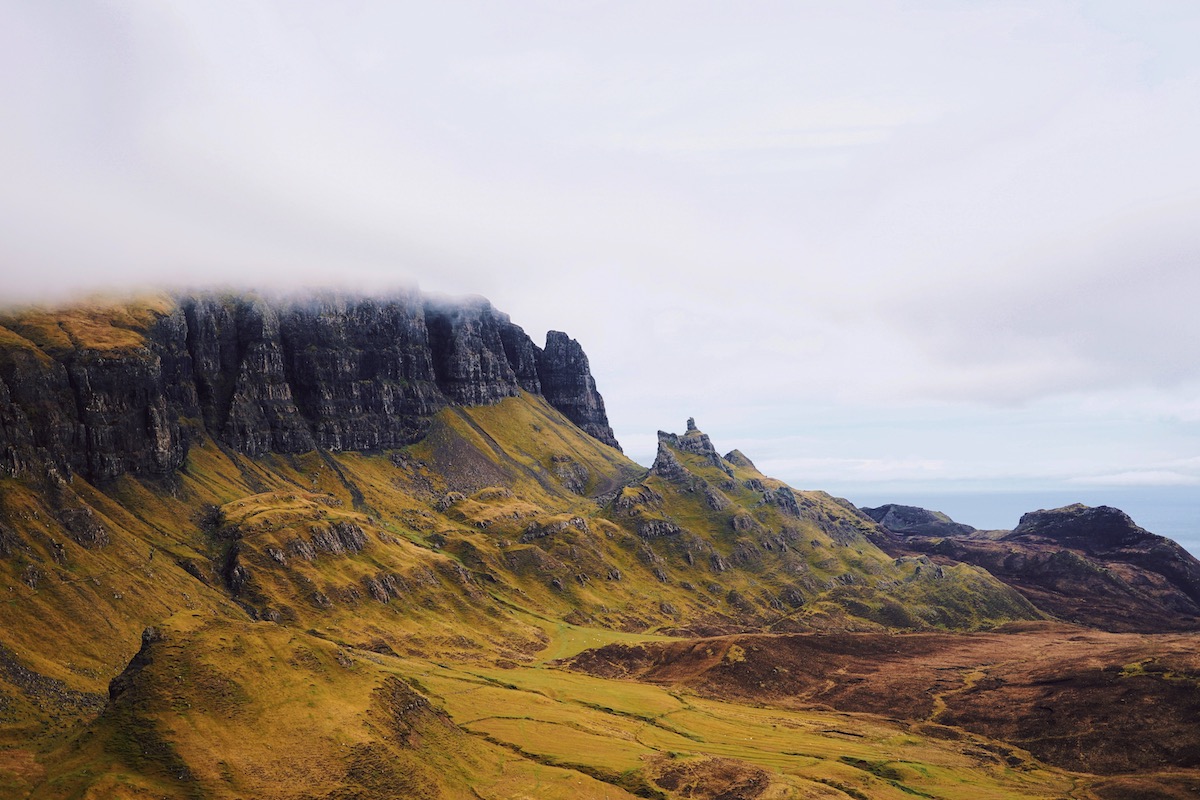 If you’re planning a trip to Scotland anytime soon, be sure to read my guide on Music Festivals in Scotland to see if it overlaps with your vacation! Maybe you can explore everything this country has to offer plus an incredible party!